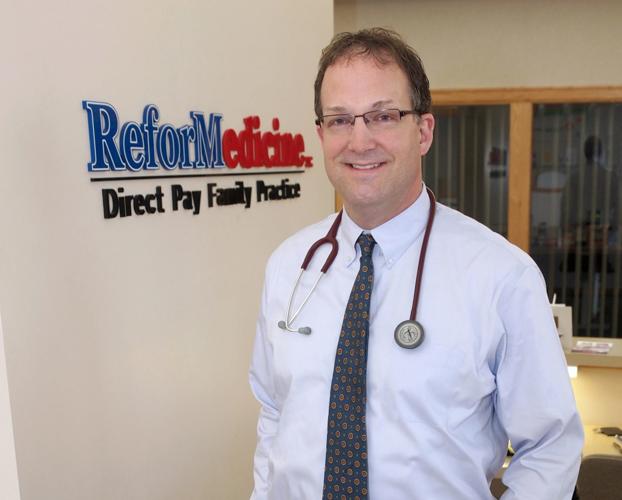 Dr. David Usher is the founder and CEO of ReforMedicine, a direct-pay clinic that launched because primary care had become too expensive for patients and too complicated for providers. 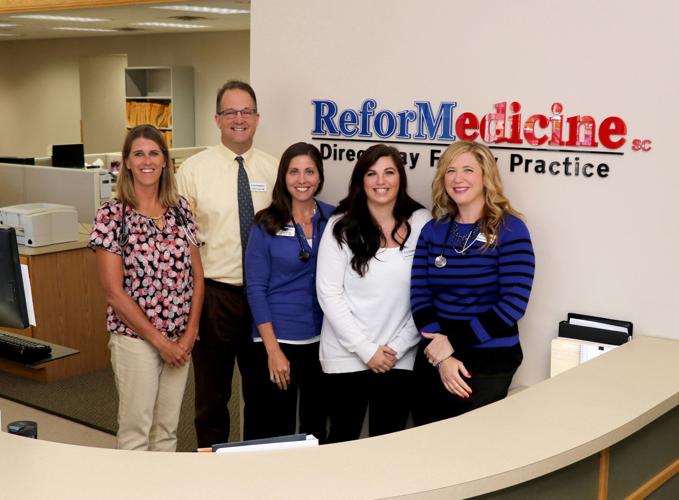 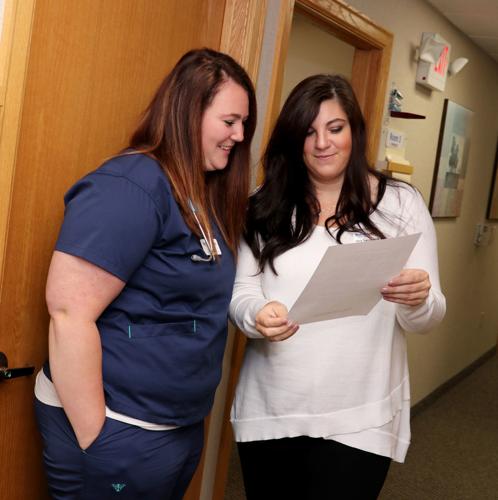 The medical industry is experiencing a revolutionary way of paying for medical services traditionally paid for using medical insurance.

Direct-pay medical coverage is a new way of paying for care, which cuts out the middle man and allows patients to pay their doctor directly for the services they receive, rather than having an insurance company pay for it while the patients pay a monthly fee and a deductible. This method of payment is atypical for care facilities to employ, but a few different facilities are testing out this innovative method in the Chippewa Valley.

One of these clinics is ReforMedicine, which has been open for the past seven years and has locations in both Menomonie and Eau Claire. The Eau Claire facility sees thousands of patients walk through their doors a year, has 24 employees on their payroll and has plans to expand.

The founder and CEO of ReforMedicine in Eau Claire, Dr. David Usher, said his reason for leaving hospitals which employ traditional insurance payment and starting a direct-pay facility was the increasing costs of primary care.

“The basis on which we launched ReforMedicine seven years ago was that primary care had become so expensive for our patients,” Usher said. “That was based on people were billing insurance and there were huge administrative costs built into the price of the healthcare. Part of the bill would go towards covering billing services, the cost of claims and denials and basically office staff time to manage all of those insurance processes.”

Usher said the thought of just charging cash for services was simpler and made sense, as many insurance pans have incredibly high deductible amounts, so many families were paying cash for their medical services anyways.

“For those people who are paying $5,000 deductibles, they’re paying cash anyway for their primary care,” Usher said. “So, they can come and see us and we’ll charge them way less than what the big clinics will charge. That’s true on our laboratory fees and our office visits. Office visits are still relatively inexpensive comparatively speaking, but we’re not cheap. It’s not like you can walk in here and be treated for 10 bucks if you’re paying cash.”

The model for direct-pay primary care is one that seeks to cut out the middle man. Many costs associated with carrying out insurance policies rack up the amount people pay for their medical services, so trying to lower that amount allows patients to come and receive care more frequently.

According to Dr. Christie Gering of the direct-pay Spero Wellness Clinic in Chippewa Falls, many individuals are unhappy with their health insurance policies because they end up not using it and losing money. Liken it to other insurance structures in other industries, paying for something you don’t use continues to frustrate people every day.

Usher said the direct-pay primary care plan is comparable to a few other types of insurance most individuals in Wisconsin utilize.

Comparable to most every product on the open market, Usher said the services the primary care system and services ReforMedicine offers will be about the same amount for every person that walks through the door.

“Everybody pays the same, it’s very democratic,” Usher said. “It is what it is, it’s just like going to Walmart. If you go into Walmart and you want to buy a bottle of Tide, it’s still four bucks. I don’t care if you’re living in a trailer park or a mansion. It’s still $4 for a bottle of Tide. It’s egalitarian on the fee for service side, and yet we still have patents with insurance who come and see us because they like the model.:

Usher said the catalyst for starting a direct-pay primary care facility came in 2010 when the Affordable Care Act came into law. This legislation requires medical insurance to cover 100 percent of preventive care when the first dollar is paid in addition to not excluding pre-existing conditions. This caused the average health insurance plan to rise 120 percent in the seven years since the policy was enacted, thus providing motivation to save both employers and patients money.

Due to the fact medical insurance was getting so expensive, Usher said this left a large gap in the Chippewa Valley market to stake a claim with a new way of hopefully paying less.

The next step to making this method of paying for primary care a viable option for more individuals is to have employers link up with the facility. This is the next logical move for direct-pay companies, as about 50 percent of individuals receive their healthcare through their employer.

ReforMedicine is in business with multiple businesses, replacing those companies’ employee medical plans with this new method.

Usher compared the link between businesses and direct-pay care to providing a gym membership. Members are encouraged to come and receive care, but the money generated outside of that through monthly payments allow the facility to provide better care than many traditionally insurance funded medical facilities.

“Our biggest population of users right now is not paying us cash in that way, but their employer contracts with us directly,” Usher said. “The model is called direct primary care, but instead of the patient paying us 70 or 100 or 125 or whatever number of dollars per month, the employer pays for that for them more or less. So, instead of having to bill 500 patients every month in some way we bill the employer, who pays on behalf of their 500 employees, staff and beneficiaries. And then being paid without having to see the patients on a fee-for-service basis that allows us to have the freedom to have longer appointment times, to message back-and-forth with patients through our secure portal, to do electronic visits or just simply call the patients on the phone. Because, in the fee-for-service world, those things are hard to pay for, but they’re great for the patient.”

Direct-pay primary care is forging its own path in Wisconsin due to the increasingly high health care costs in Wisconsin. The Badger State continues to have some of the highest health insurance rates in the country, so the new method is helping to soften the pressure the state is feeling right now in the medical industry.

Usher said the Chippewa Valley is in desperate need of this type of care, and the benefits employers and patients will experience from this both financially and medical are abundant.

“The biggest W from my standpoint, as far as regional impact, is being able to influence employer’s healthcare costs,” Usher said. “If an employer comes in and is able to save 15, 20, 30 percent on their healthcare costs in a year, that’s a lot of money. By saving that money, that economically is really impactful, because healthcare costs in this area are the highest in the country.”

However, this type of payment plan is not for everyone. Gering said many people simply cannot afford to pay out of pocket for medical costs. Individuals with less-than-average income, people with large families and people who make frequent visits to the doctor’s office, may pay more in the long run if they choose to switch to direct-pay primary care.

Both ReforMedicie and Spero Wellness Clinic both realize that, however, and offer their patients the option to pay with insurance if the direct-pay model isn’t for them.

Above all else, Usher said the main positive impact of employing direct-pay primary care is they want patients to come in, because they will receive better and faster care than they would anyone else.

“We encourage the patients to come in,” Usher said. “In fact, we work with employers to build incentives to get them to come in, because we want them to come in here. Every time someone comes in here is one time they won’t have to go into an urgent care, which is much more expensive. They don’t have to get a test they don’t need, because their doctor didn’t have time to actually talk to them. It’s a crazy world when your time is limited with a patient. We can spend more time thinking diagnostically, and try and eliminate unnecessary aspects of medical care.”

When you should use credit over cash

Dr. David Usher is the founder and CEO of ReforMedicine, a direct-pay clinic that launched because primary care had become too expensive for patients and too complicated for providers.