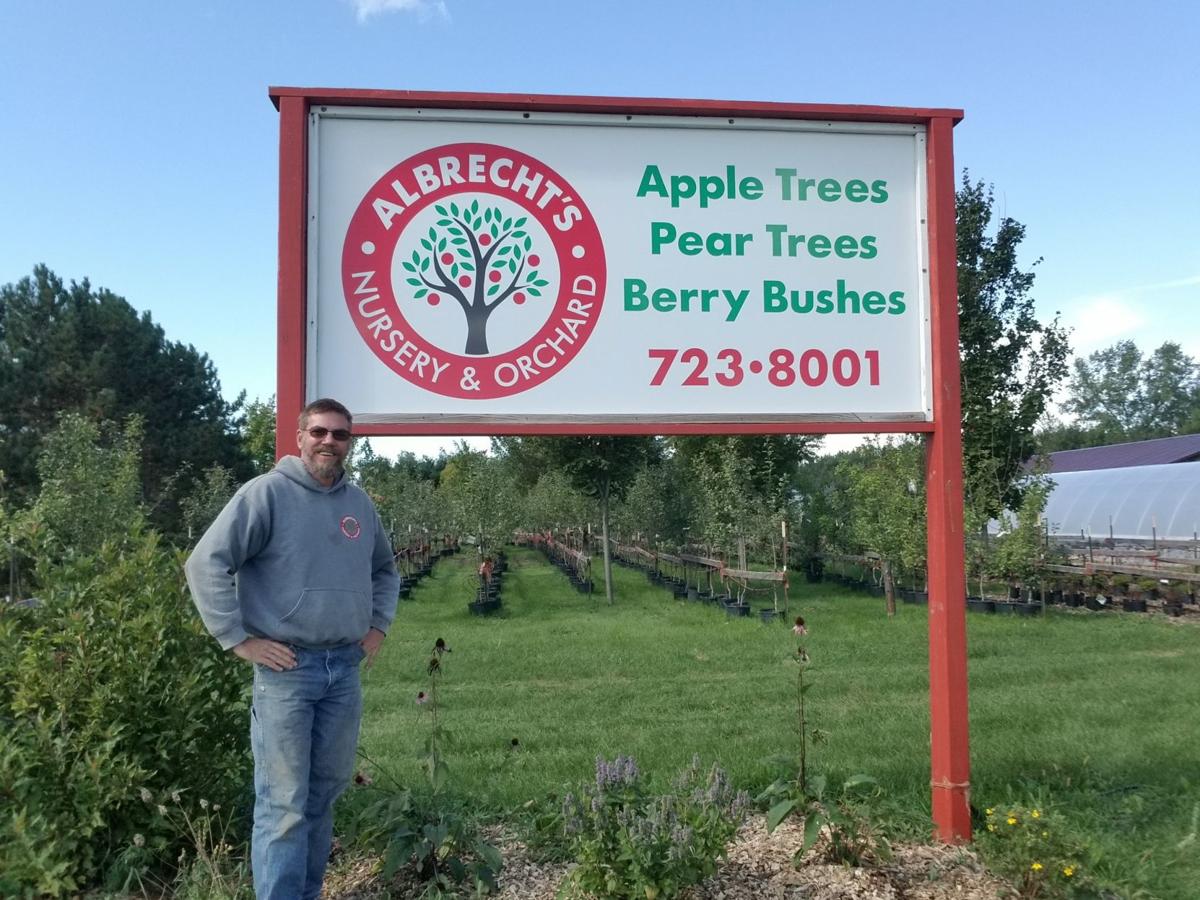 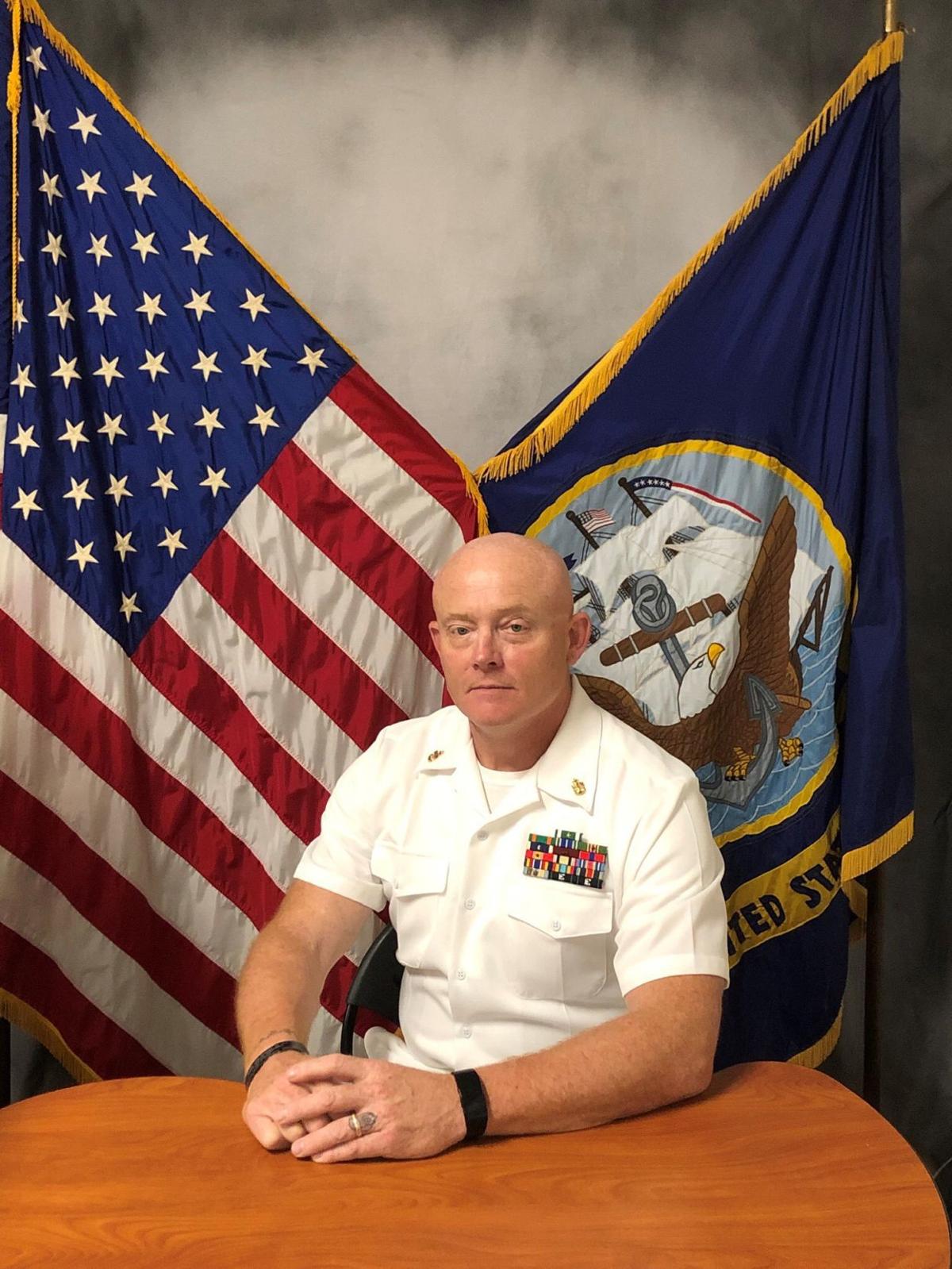 Navy veteran Neil Boltik is a fabricator and designer for Go2Wurx, based southwest of Menomonie. 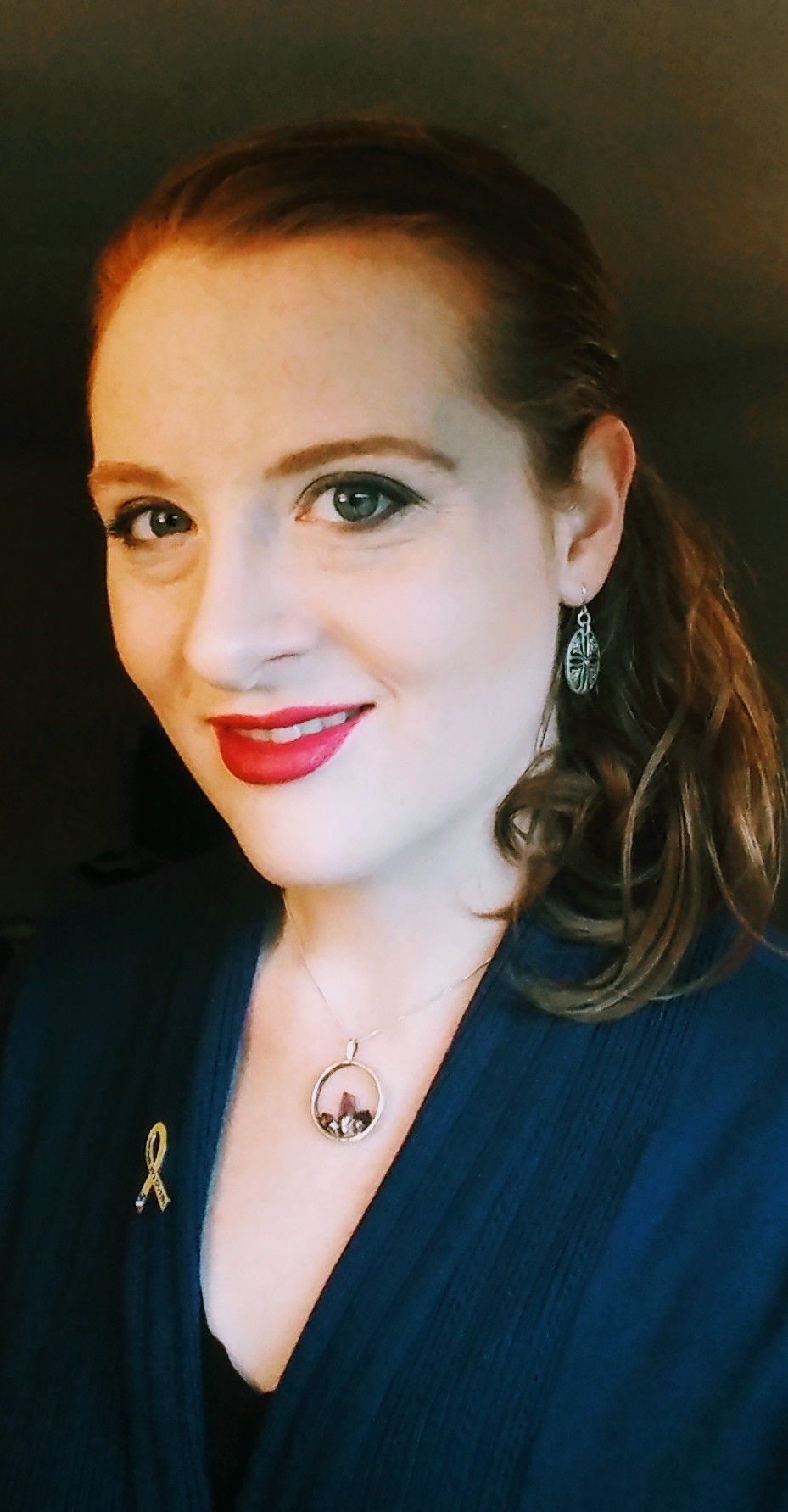 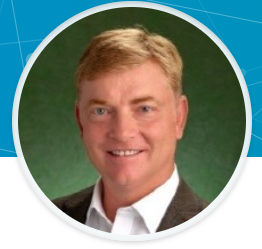 Ron Boltik, who served four years in the U.S. Air Force in telecommunications, is now VP of International Operations for McMillan Electric Company in Woodville, Wisconsin. 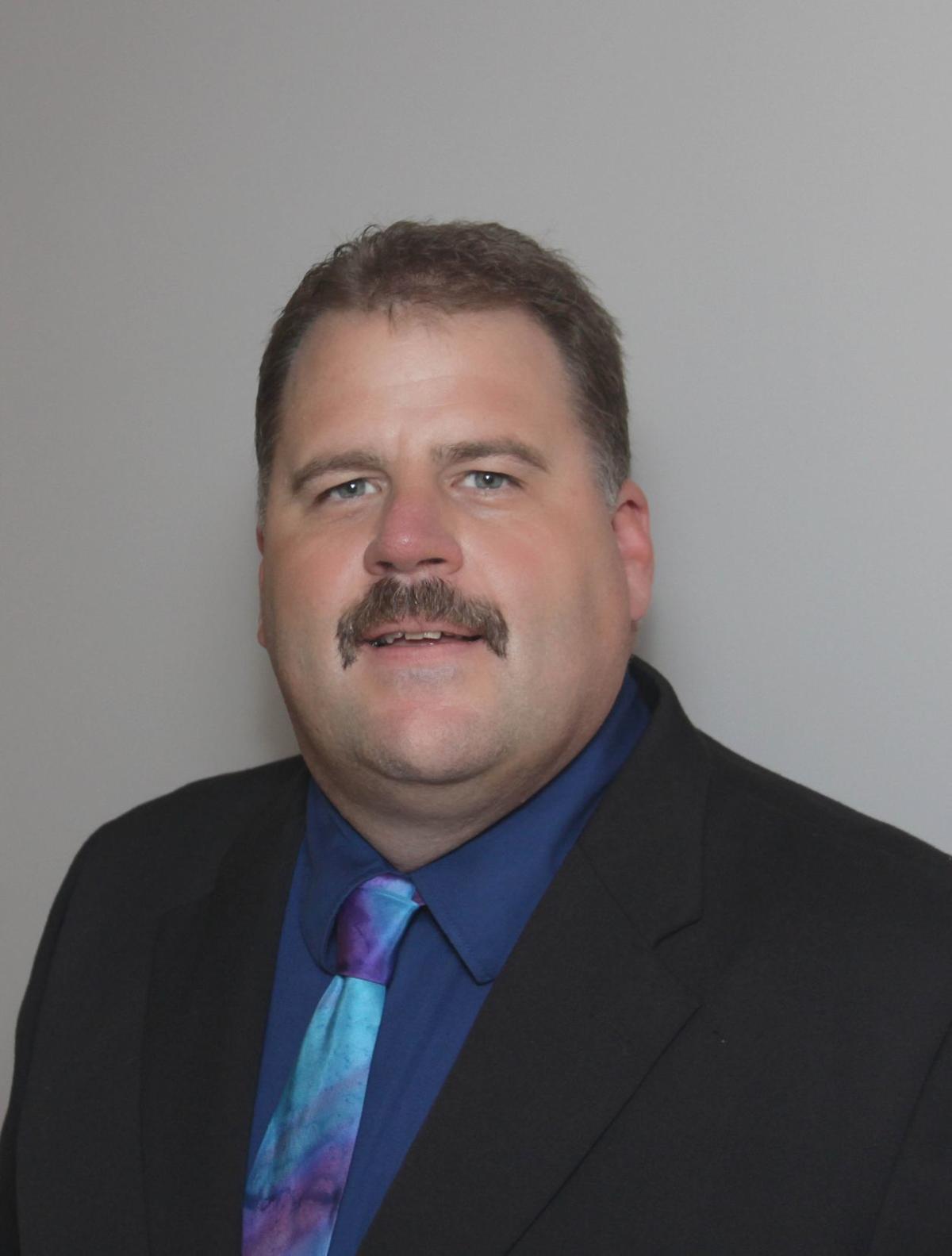 Navy veteran Neil Boltik is a fabricator and designer for Go2Wurx, based southwest of Menomonie.

Ron Boltik, who served four years in the U.S. Air Force in telecommunications, is now VP of International Operations for McMillan Electric Company in Woodville, Wisconsin.

When considering where the Chippewa Valley workforce acquired its skill sets, from stick welding to writing code, from tenacity to collaboration, one might first imagine students at area high schools or students at CVTC and the UW schools.

However, there are other training sites, over-the-horizon, where many of the Valley’s workers acquired the stick-to-it-tiveness, poise, clarity of communication, and job-specific skills to thrive in the civilian sector. For some, their military-acquired skills don’t have civilian equivalents, but they still came out of the military equipped to thrive as entrepreneurs.

Don Albrecht is such an entrepreneurial vet. He is co-owner of Albrecht’s Nursery & Orchard, located due west of where the Chippewa River flows into Lake Wissota. Albrecht served in the U.S. Army, operating an M88 Recovery Vehicle, which is basically a tracked tow truck for tanks. There is no civilian equivalent to driving a $2 million, 140,000-pound armored behemoth to retrieve tanks, but Albrecht left military service and entered entrepreneurship prepared to thrive.

“I learned to never settle for the status quo. Sooner or later, your time was up in the pay grade you were currently in. You had to step up to next level if you were to have any future at all. I learned to put whatever I was doing, above myself. To this day, that serves me well as a Rotarian.”

Always pushing to improve is the drivetrain of entrepreneurship and for Albrecht in his nursery business, that means trees, shrubs and perennials grown without pesticides, which his clientele increasingly seek. Given that plants grown with pesticides have been the status quo for decades, diverging is a luxury Albrecht didn’t have in the Army.

“In the Army, you took orders without question because the situation was more important than my own. Now I’m allowed time to question things much more, so as I can better understand the situation.”

There is one thing he’d do without question.

“If I had it to do over, I would do it again. All over again. I don’t recall any regrets while I served because there is a brotherhood for which there is no comparison to what you experience in the military.”

And Albrecht believes his position is ubiquitous.

“There would not be one, not a single one of us that wouldn’t go back. The loyalty and integrity that was molded within all of us stays with you in our civilian careers.”

For some Valley vets, the takeaway is the meat-and-potato skills that they parlay into their civilian career. It worked that way for Neil Boltik, a Navy vet who is a fabricator and designer for Go2Wurx, based southwest of Menomonie.

“The skills I learned as an aircraft mechanic, such as fabrication, led to my civilian work in signs.”

“My civilian job led me to my job in the reserves. On the civilian side, I got my first look at computer design. Learning the computer side let me design on a computer rather than do flat pattern layout. I learned tricks of the trade in the civilian sector that I put to powerful effect in the military, making us more efficient.”

Like it did for Albrecht in the Army, the Navy in turn upgraded Boltik’s attitude.

“One of the most important things I learned in the military is that attitude is determined by leadership. I knew I wanted to be a leader, so I learned to be a good follower first. I carried that into my civilian job and soon ran the sign shop for the Minnesota State Fair for eight years.”

“I was given additional responsibility, like overlooking the health of the trees on the grounds. That all stemmed from the leadership skills I learned in the military.”

Boltik also learned to stoke the boiler and squeeze a few extra knots out of all his teams.

“I always try to teach my people that other people might be able to outthink us, but they’re never going to outwork us. We’ll never leave something undone until the next day. We really push ourselves and that attracts people. People want to work for us.”

For Boltik, the interplay between his military life and his civilian life is complex, ongoing and powerful.

The Linguist is on it

Neil Boltik is just the tip of the Boltik military iceberg. His daughter, Raven, has also served.

Raven Boltik said, “I am proudly third-generation Navy, fifth-generation military, and unfortunately, unlike the rest of my family, served strictly stateside.”

“I was basically a linguist. For two and a half happy years, I learned Persian-Farsi at the Defense Language Institute in Monterey, California.”

One might think that a Persian-Farsi background wouldn’t have business applications in the Chippewa Valley, but Raven has found otherwise.

“The most adaptive skill I learned under the military was the basics of linguist training. Every industry has its own language, every company has its own colloquialisms, and every team has its own understanding of ‘common’ words that can be applied in multiple ways.”

For Raven, understanding the nuances of communication ramps up her clarity and cogency.

“Just think about the last time that someone used the phrase, ‘last time.’ As a linguist we learned that ‘last time’ is not literally ‘last hour’ or ‘last we spoke,’ but applies to ‘the last meeting that focused on X problem and we decided to solve Y way’ or ‘the other day we did Z, which means it has a context all its own, depending on who/when/where.”

The ability to parse for precision has helped Raven in half a dozen settings.

“Since I left the military, I’ve worked in so many different industries where I’ve practically learned six different languages that are all technically ‘Common English.’”

Another skill that Raven carried into the civilian sector is simply taking an order, even if the proscribed process for executing that order might not be the most efficient.

“You receive a lot of tasks in the military that you believe have better or more effective ways of completion than what you’re being told to do, but in any anything that has a customer relationship, you’re going to be asked to do a lot of off-the-wall things or tasks that fall under ‘the customer is always right’ argument. That is probably the biggest skill that I was able to understand and conform to while in the military. If you think about it, simply saying, ‘I’m on it.’ and then doing it is probably the hardest skill to truly learn.”

The Boltiks don’t just trace five consecutive generations of family who served, for their service is as broad as it is deep, as Ron Boltik, Raven’s uncle and Neil’s brother, is another Valley vet.

“I served four years in the U.S. Air Force in Telecommunications and Cryptographic Equipment Systems Maintenance.”

“I’ve been with McMillan for five and a half years. I’m charged with management and coordination of all functions (sales growth, sourcing, quality control and engineering/R&D) for key opportunities that involve foreign vendors or contract manufacturers.”

Ron joined the Air Force intending to learn the skills to support a civilian career.

“My intention out of high school was to learn skills while I served that could be used in civilian life.”

He was successful in his intent.

“I received some of the best electronics training in the world.”

“The discipline and grit you learn while serving is invaluable. Should two people with similar qualifications apply for a job, I’ll choose the one with military service every time.”

Thus, Ron encourages others to follow in his footsteps.

“Volunteer service to your country through military, humanitarian or other means will pay vast dividends. Everyone of service age should consider it.”

It is said that “once a Marine, always a Marine” and the Marines are also in the Valley, like Darrell Duval, a business owner for 15 years who provides personal and commercial insurance through CIS — Complete Insurance Services of Eau Claire.

Ask this Marine what he learned in he learned in the Corps and he minces no words: “Leadership. Get the job done. You start out as a team; You finish as a team. No one left behind. Discipline. Dress properly. Complete your work in the correct order.”

Crossing the t’s and dotting the i’s, as well as minding your p’s and q’s, serves his insurance work.

Duval also carried esprit de corps out of the Corps.

“I think no matter the job, keep your sense of humor and a good attitude, so as to get the job done and move on to the next project.”

And, as an entrepreneur, he applies the leadership opportunities that the Marine Corps gave him.

“In the military, you will be given progressively greater management positions, in addition to technical ones, every year. It’s higher and higher levels of management, though that management experience might not be perfectly applicable to civilian management jobs.”

And Duval has found that vets in the Valley are never alone.

“After the service, there’s networking. People out of the military have a huge network right now. There’s online, such as Facebook, VFW and American Legion. All help people find jobs, benefits, and companies looking to hire military veterans.”

Symbiosis is where different entities, like a bee and a flower, are mutually beneficial.

The bee pollinates the flowers, enabling life, and the flower manufactures life-giving nectar to the bee. The military and the Chippewa Valley are also in a symbiotic relationship, as the Valley sends its best to serve and through serving, the vets return to the Valley with enhanced skill sets ranging from upgrades in focus and attitude to the acquisition of newfound knowledge, such as electronics.

In some cases, as was the case with Neil Boltik, the upgrades also flow into the military, as Neil transferred what he learned in the civilian sector to the Navy. It’s a complex interplay, where both the businesses of the Valley and the business of defending America benefit.