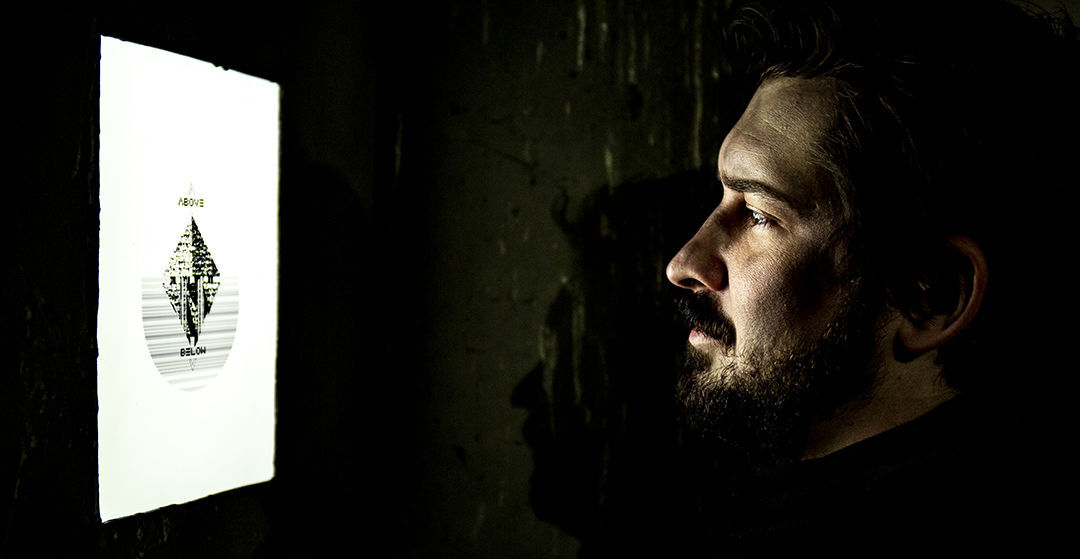 A still photo from “The Arconaut” by UW-Stout lecturer Jonny Wheeler. The film is based on a futuristic man trying to leave a caste system. 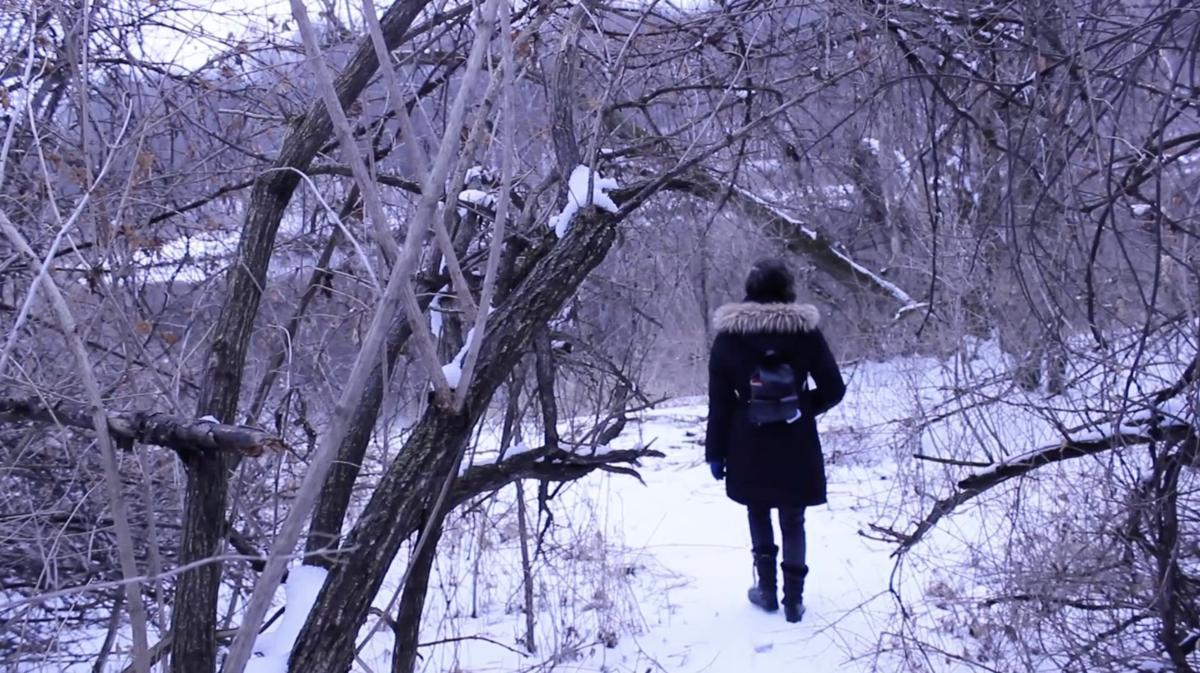 A scene from the short film “Inbox” by UW-Stout student Kyra Shepherd that is part of the Red Cedar Film Festival. 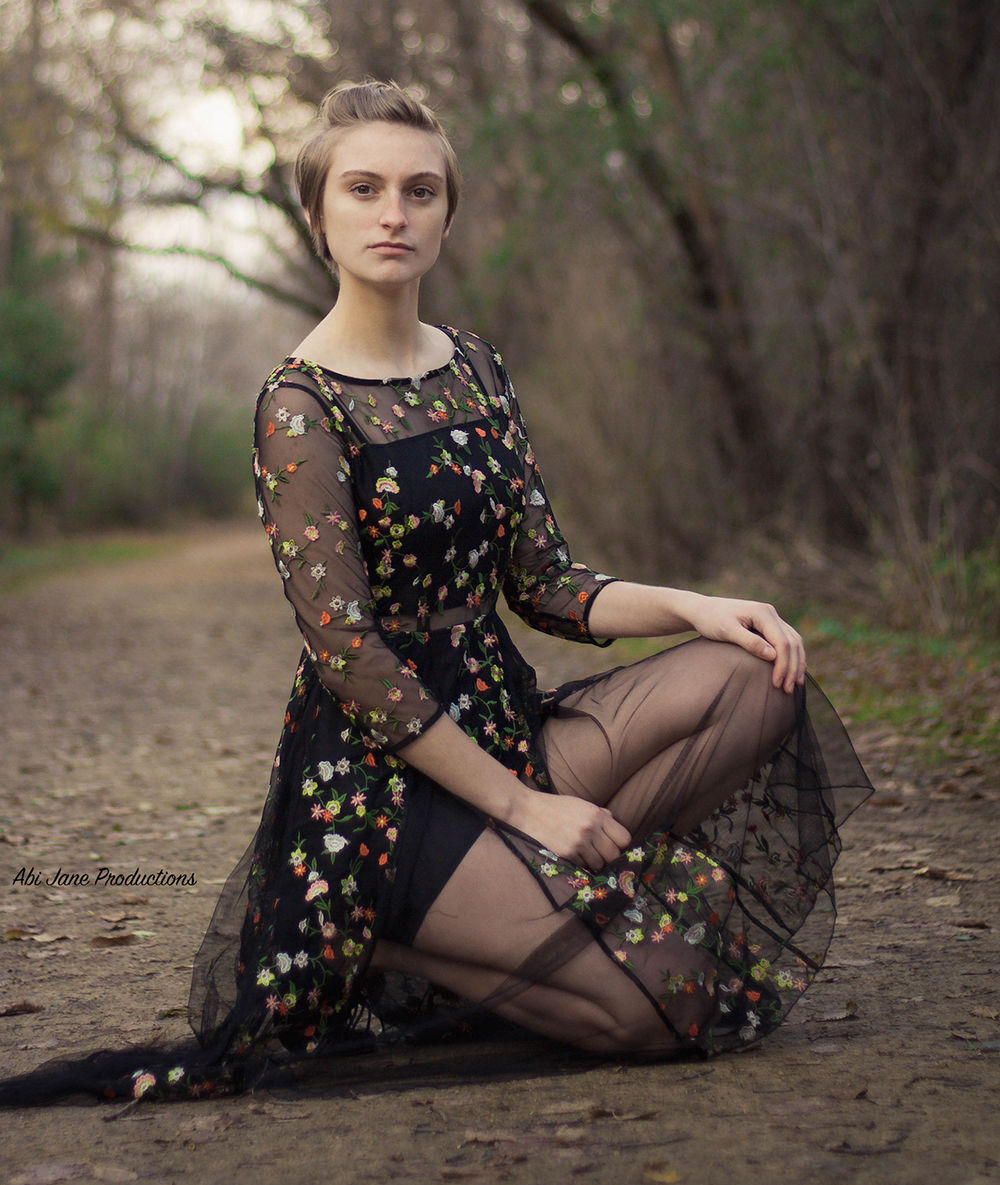 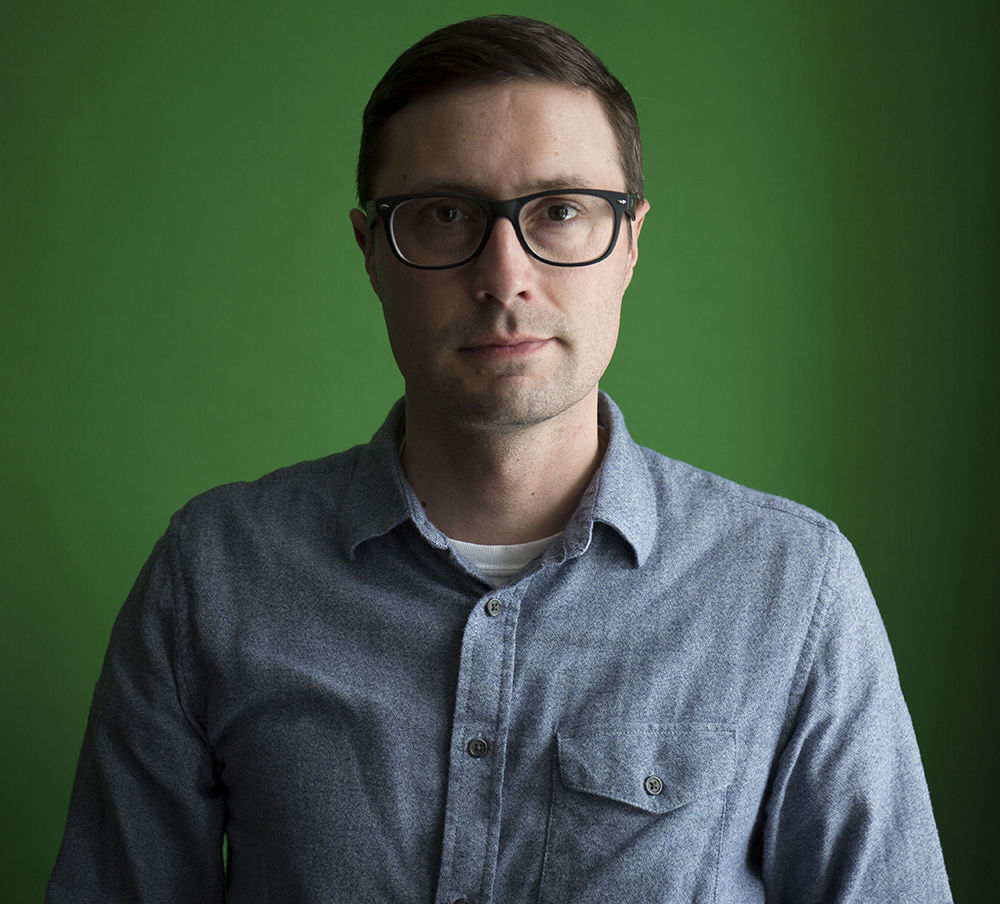 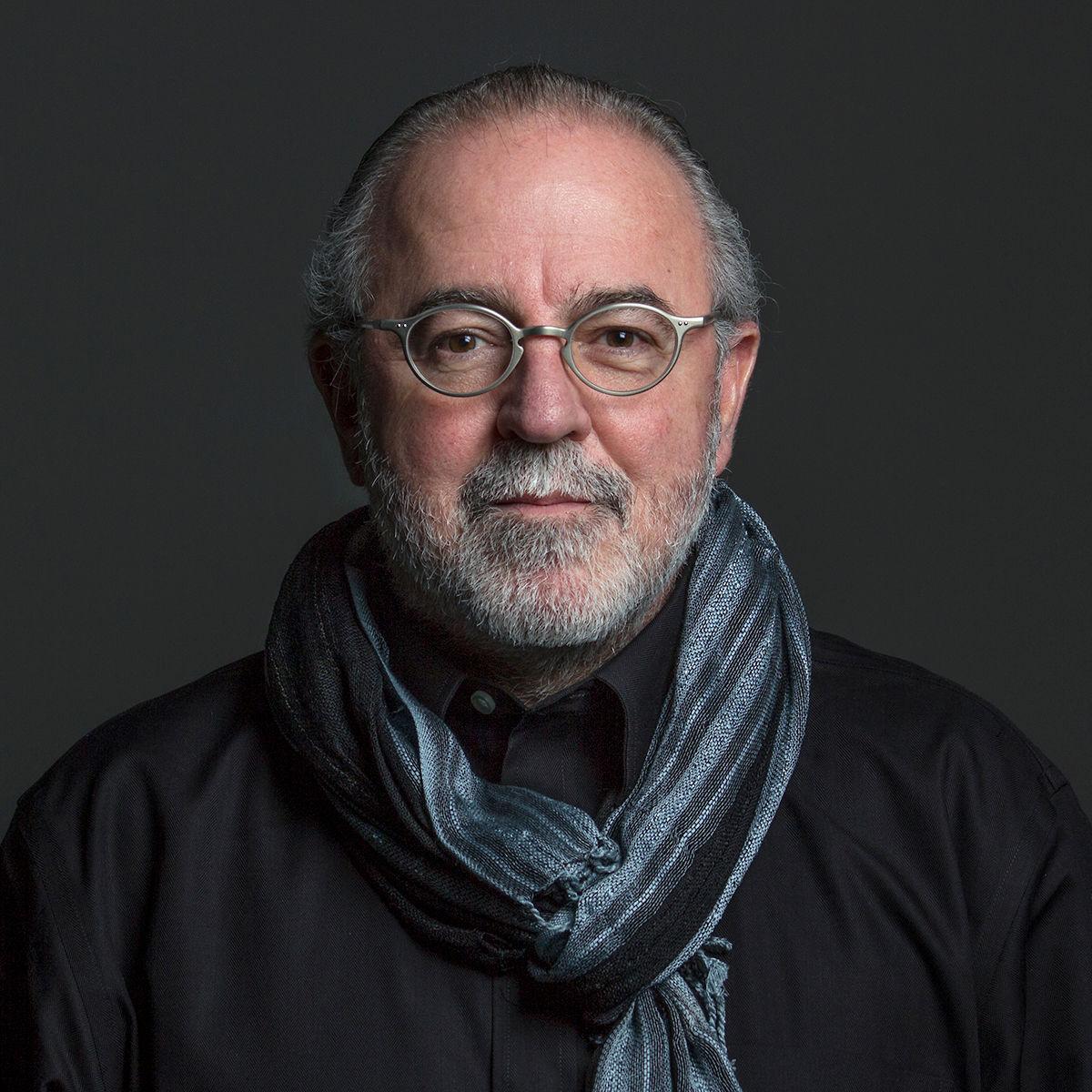 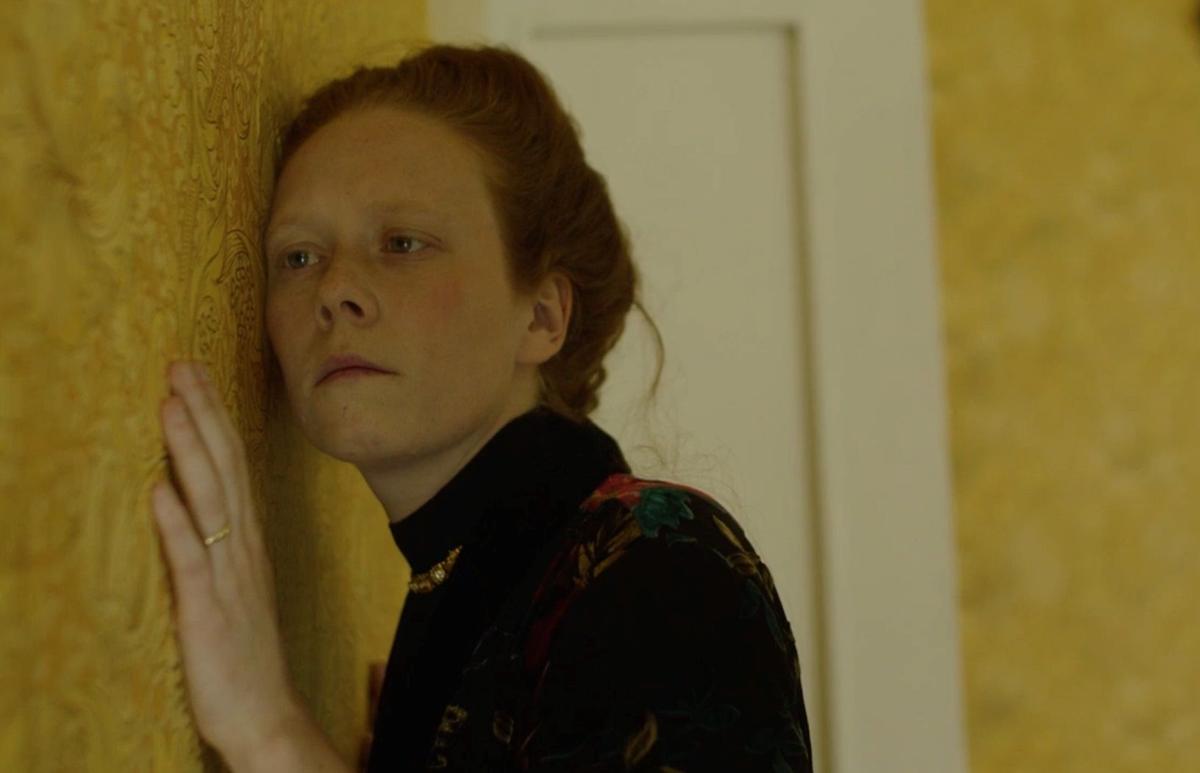 A photo from “The Yellow Wallpaper” film that will be shown at the Red Cedar Film Festival.

The Red Cedar Film Festival is back in person, ready to explore and expand the art of film with 53 selections from nine countries.

The third annual festival runs Thursday through Sunday, July 29-Aug. 1, at the historic Landmark Theater in the Mabel Tainter Center for the Arts, 205 Main St. E. The cost ranges from $10 for a single ticket to $75 for a general pass. Discounts are available for students, seniors and UW-Stout employees. For the schedule and ticket information, go to the festival website. Tickets are also available onsite prior to each show.

There will be a free community screening of 13 short films at Wilson Park bandshell at approximately 9 p.m. July 31.

Forty of the films are new for the 2021 festival, and 13 are being shown as part of the in-person event after the 2020 festival ended up being virtual because of COVID-19.

The festival is dedicated this year to Andrew McIntosh, technology and visual resources coordinator for the School of Art and Design, who died in July.

The first day of the festival will feature international short films.

“These are international films you never get to see,” said Peter Galante, recently retired UW-Stout professor, who was program director of video production and is founder and executive director of the festival. “Film festivals are really about networking and meeting people. It’s not just being at a film but being part of the film community.”

Women’s panel to reflect on experiences in film

On Saturday, July 31, the festival will focus on films about “women’s issues.”

“The Yellow Wallpaper” will be shown at 4 p.m. It’s a feature film that Galante helped produce. Keif Oss, UW-Stout senior lecturer in video production, did visual effects, and Ed Jakober, senior media specialist at UW-Stout, was the sound designer.

The film is based on Charlotte Perkins Gilman’s controversial gothic feminist horror story about patriarchy and hysteria. Jane, a writer and young mother, is prescribed a rest treatment by her physician husband John, who takes her to a remote country estate for the summer. She becomes obsessed with the peculiar yellow wallpaper in the bedroom he has chosen for her. In her isolation, she secretly writes about a woman trapped in the wallpaper — that she must free.

The film has been picked up by Mutiny Films and will likely be distributed via Red Box, Galante said.

Following the screening, a panel discussion will be moderated by UW-Stout applied social science Professor Tina Lee with six women film directors, producers, writers and cast members. They will reflect on their experiences in the industry and discuss what new perspectives on human issues arise when women lead the creative process and center women’s experiences. The discussion is free and open to all.

“We have never had a panel discussion, but we hope to have more in the future,” said Galante, who added that education and public discussion are important aspects of the event from the university’s perspective.

Oss also has three shorts in the festival including “Doom Scroll Flush,” based on the quote “tell me what you eat, and I will tell you what you are”; “Ax Chase,” described as never give away the entire plot of a short film in the title; and “Five Minutes for a Mask,” in which a disgruntled man learns that freedom isn’t free at his local computer repair shop.

Jonny Wheeler, a UW-Stout lecturer in video and photography, will have three shorts in the festival titled “The Arconaut, “Liminal” and “Cindy.”

“Cindy” is inspired by Cindy Sherman’s untitled film series of photographs. The narrative short runs 1 minute, 41 seconds. Wheeler created it, as part of a class with Galante, as one long video shot. Wheeler is a UW-Stout alumnus with an M.F.A. in design this year and a bachelor’s degree in art education in 2014.

“The Arconaut” is an experimental sci-fi film; Wheeler used a UW-Stout student research grant to help fund filming in Arizona. The film is based on a futuristic man trying to leave a caste system.

“Liminal” follows a lab tech who finds clues to a buried treasure in the memories of a child.

Wheeler earned a Copper Quill award in 2019 for his student film at the festival. “For me, it was a validation for the work I was doing,” Wheeler said. “For a lot of no-budget filmmakers, we work for passion. The film festival helped me want to keep going. It gave me the motivation to work on the next project.”

Wheeler is thrilled to have the festival back at the Mabel Tainter and the opportunity to meet other filmmakers.

“I’m hoping other filmmakers and audience members will take away the idea they can make movies, they can tell stories,” Wheeler said. “You don’t need to be in California. You don’t have to put your life on hold to make a movie. We all have different stories to share with people.”

One UW-Stout student film is “Inbox.” It is directed by Kyra Shepherd, an entertainment design major with a concentration in animation. Shepherd, of Elkhart Lake, graduates in August.

The film focuses on a young woman, performed by UW-Stout student Han Schoening, with Shepherd providing the voice-over, who copes with isolation following a breakup by leaving diary-style voice mails.

The idea came from a video production class that required sound to be important to the narrative, Shepherd said. “One thing I listen to a lot is voice mails, and I thought that could have a lot of potential.”

She shot the film in March using a Canon Rebel T30 DSLR camera and submitted it to the festival at the urging of Wheeler.

“I found the film to be powerful work,” Wheeler said. “For me to feel emotion was a big deal. It has a lot of imagery.”

Shepherd chose UW-Stout for its comprehensive art program but also its smaller size. She is working as a summer intern at ID Tech, a summer camp for youth learning animation and other technology virtually.

“There is a lot to love about Stout,” Shepherd said. “Stout is so close-knit, and it has such a homey feel.”

UW-Stout, Wisconsin Public Radio and the Mabel Tainter are sponsors of the festival.

Two suspects believed to have killed three people over $600 last week in La Crosse County have been arrested.

U.S. Sen. Ron Johnson (R-Wis.) was joined by several colleagues in writing a letter to President Biden expressing deep concern with the White …

Huntsinger Farms welcomed over 52,000 farmers, families, and neighbors to the 66th Wisconsin Farm Technology Days in Eau Claire. The three-day…

From the Files, Week of July 28

From the Files, Week of July 21

You won’t want to miss out on all the great things happening in Downtown Menomonie July 22-24!

The benefits of a COVID-19 vaccination have been well-publicized: Proven protection against a potentially deadly illness.

A still photo from “The Arconaut” by UW-Stout lecturer Jonny Wheeler. The film is based on a futuristic man trying to leave a caste system.

A scene from the short film “Inbox” by UW-Stout student Kyra Shepherd that is part of the Red Cedar Film Festival.

A photo from “The Yellow Wallpaper” film that will be shown at the Red Cedar Film Festival.