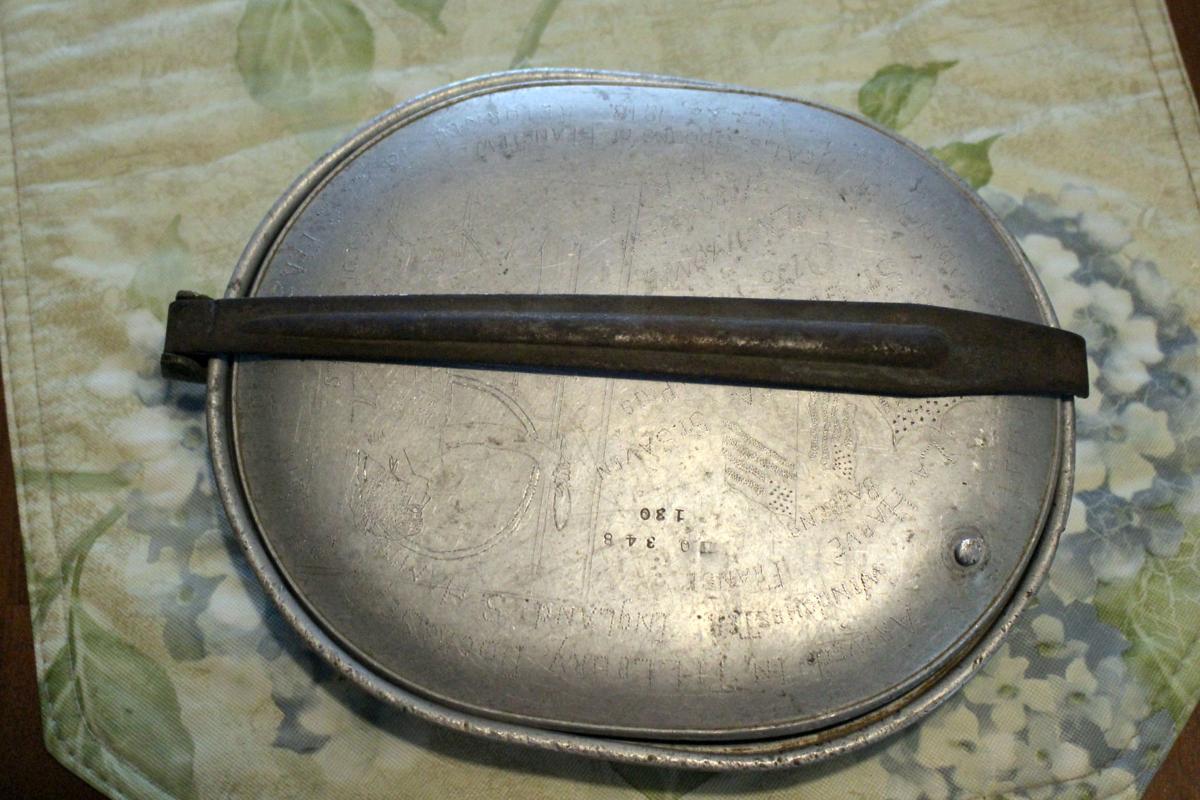 The WWI mess kit was returned to Otto Hovind's hometown earlier this year after spending some time in the Sacramento Valley Museum in Williams, Calif. 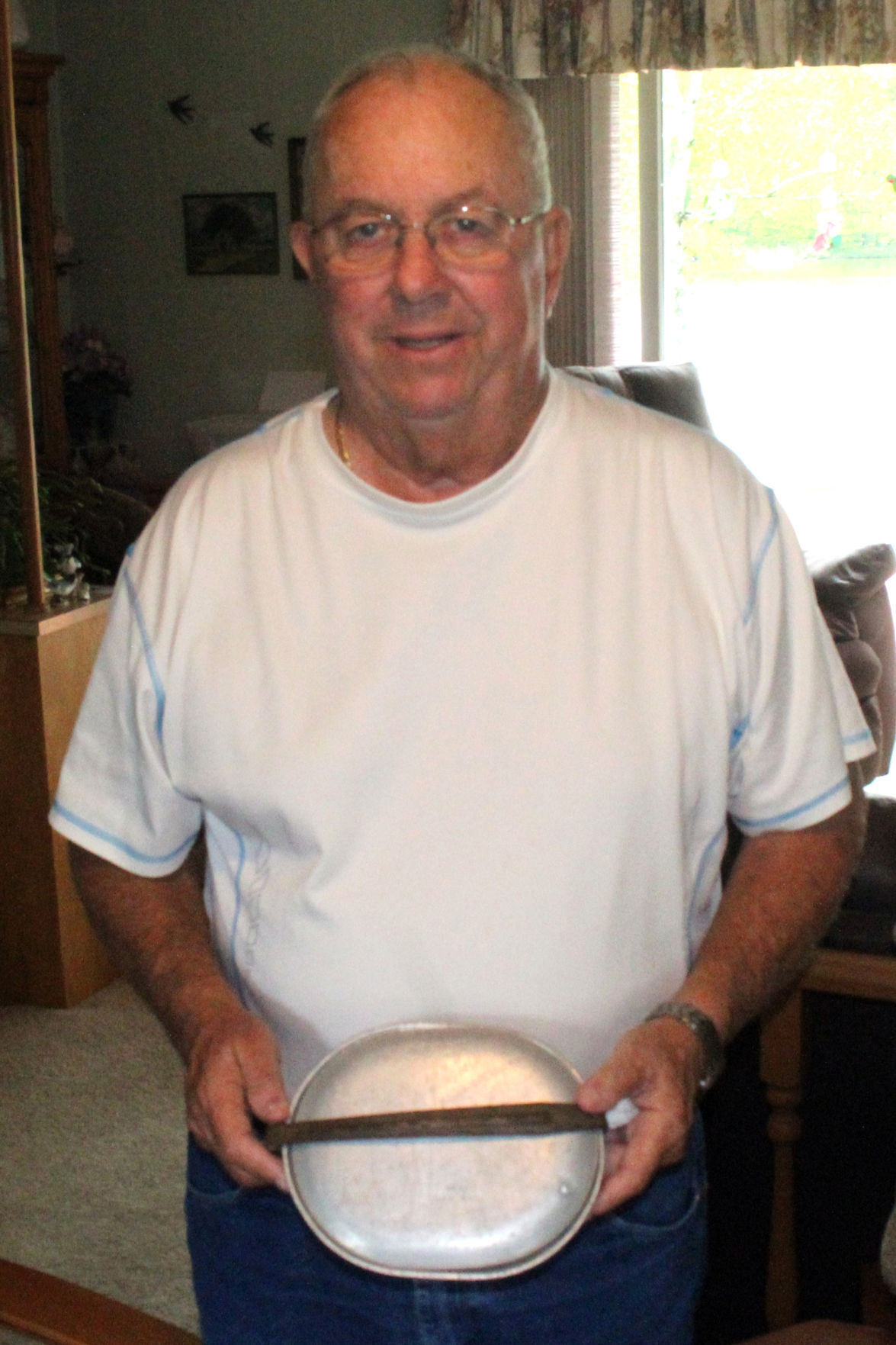 Gary Hovind holds the WWI mess kit that belonged to his grandfather's brother. The item had been lost in California but later was returned the Menomonie area earlier this year. 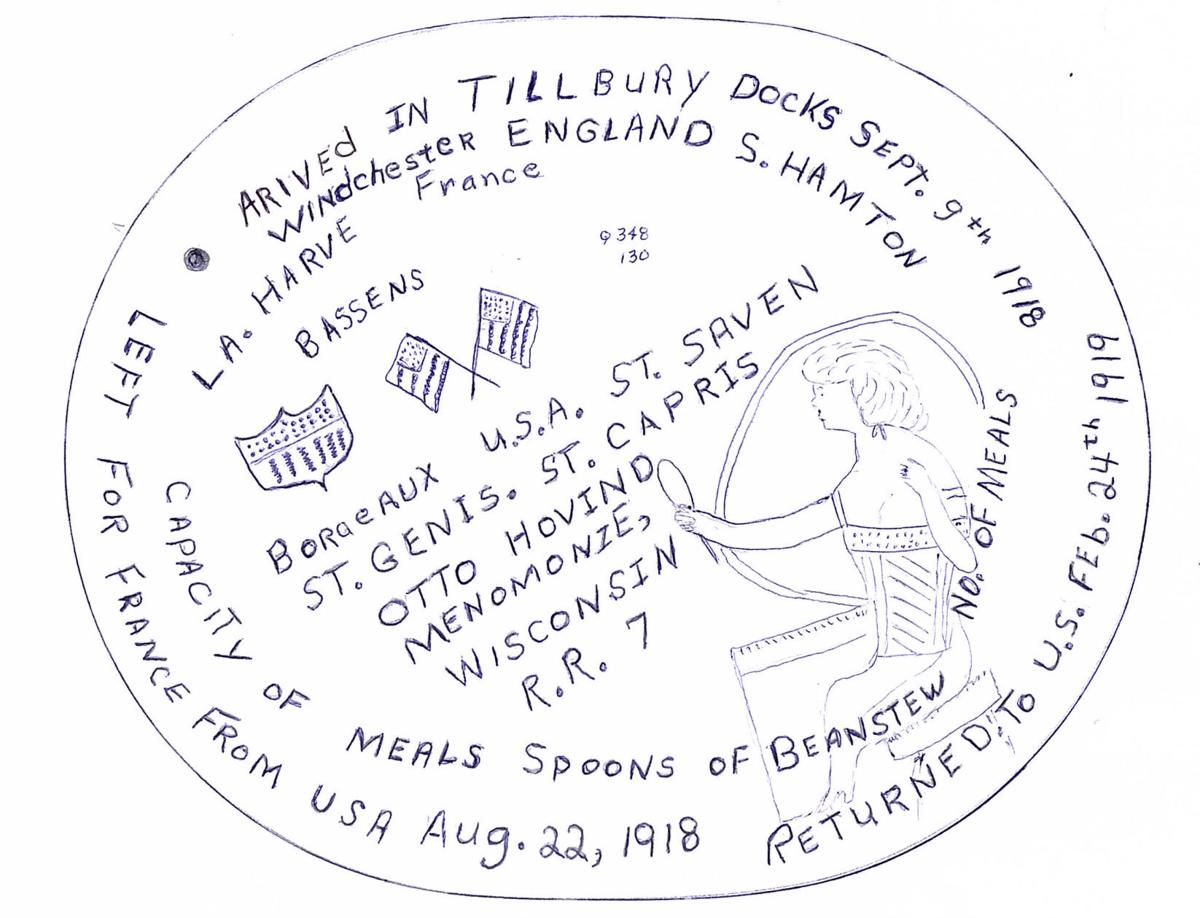 Gary and Ruby Hovind traced the inscriptions found on the WWI mess kit.

A mess kit belonging to war veteran Otto Hovind of Menomonie was sent back to relatives in the area after years of being stashed out west.

Located in the rafters of the shed of John Troughton Jr.’s father in Williams, Calif., the kit had been placed in the Sacramento Valley Museum for a number of years.

Troughton had a desire to find the family of the artifact and with the help of museum member and researcher Resa Lyn, the mess kit would begin its journey home.

“It’s an amazing history,” Lyn said. “I’m glad it got back to the family because so much stuff doesn’t.”

Through online searching, Lyn was able to reach Ken Hovind. Ken is the great-great-nephew of Otto and son of Gary, who lives in Cedar Falls. Ken passed on the information to his father, who reached out to Lyn.

After some contact between the two, Gary received the mess kit that once belonged to his grandfather’s brother while at their winter home in Florida. He later brought it back up to his Cedar Falls home.

Neither the Hovind family or Lyn are sure exactly how it made its way to California. Gary’s best guess is that Otto’s sister Annie and her son Conrad Taylor moved to California.

“I’ve always remembered hearing of Connie Taylor and I never put anything with it, but they lived in California and they’d come back here to visit,” Gary said. “The only thing I can think is they may have found it and taken it as a memento.”

Lyn has a different theory. After the war, many trains passed through Williams and it’s possible it was left on the train or was given away as a gift, somehow finding its way onto the Troughton property.

Otto served in the 348th Infantry Regiment, 87th Division. He inscribed on the mess kit his movements in the war. He left for France in August 1918, eventually spent time in England, and then was back in the United States by February 1919.

Otto returned to the Menomonie area after the war.

Down the line when Gary and his wife Ruby returned to the area, they purchased land from Otto and lived next door to him for nearly 20 years. Ruby said when their children were in elementary school they used to go visit Otto and listen to his stories, along with rejecting his question whether they’d like to try smoking his pipe.

“It’s kind of unique because we lived next door to him and we bought the property from him and I didn’t know anything about (his time in the war),” Gary said.

Gary wishes to have the mess kit placed in a museum locally.

After connecting with the Dunn County Historical Society, he plans to donate it. While Gary is an avid antique collector, the younger generations in the family have less of a connection to both older artifacts and Otto’s mess kit.

“Somebody might as well put it somewhere. I care about it, but I’m 80, I’m not going to be here much longer to care about it,” Gary said.

It was important for Troughton and Lyn that the artifact made it back to Menomonie. The mess kit didn’t belong in the Sacramento Valley, she said, because it wasn’t part of the history of that area.

When Lyn sought the Otto Hovind family, she wasn’t sure she’d be successful. She said Troughton had his doubts too, but that wasn’t going to stop her.

“I don’t think I would have ever given up as far as finding the family goes,” Lyn said. “Some things just belong where they belong.”

The WWI mess kit was returned to Otto Hovind's hometown earlier this year after spending some time in the Sacramento Valley Museum in Williams, Calif.

Gary Hovind holds the WWI mess kit that belonged to his grandfather's brother. The item had been lost in California but later was returned the Menomonie area earlier this year.

Gary and Ruby Hovind traced the inscriptions found on the WWI mess kit.