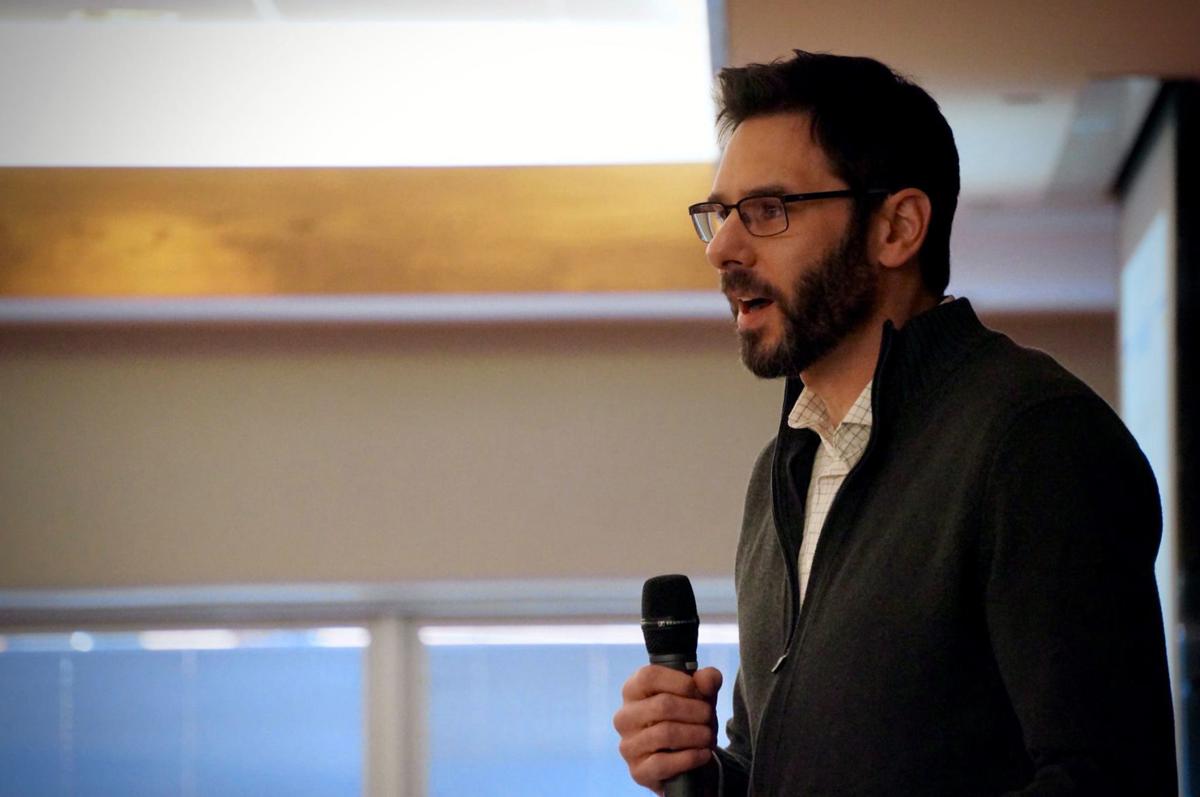 Thomas Pearson, UW-Stout associate professor of anthropology, received a Wenner-Gren Foundation for Anthropological Research grant to study how people react to living in towns contaminated with PFAS, known as the forever chemical. 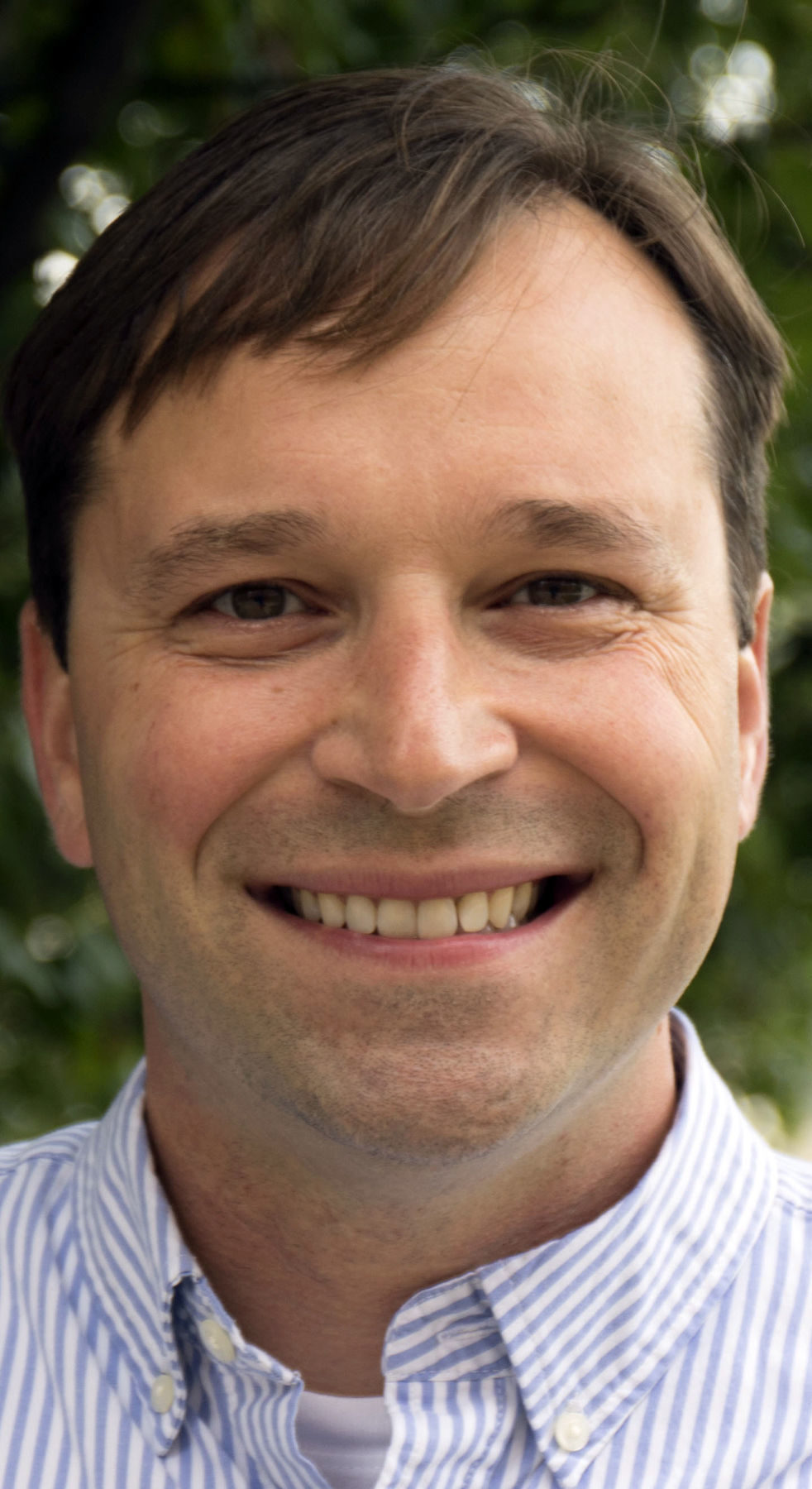 A University of Wisconsin-Stout associate professor of anthropology in the social science department wants to learn more about how people react to living in toxic towns polluted by PFAS, known as the “forever chemical.”

Thomas Pearson in collaboration with Daniel Renfrew, an associate professor of anthropology at West Virginia University, has received a two-year, $18,568 grant from the Wenner-Gren Foundation for Anthropological Research. The private foundation, based in New York City, is dedicated to the advancement of anthropological research and publishes the international journal Current Anthropology and SAPIENS, an award-winning open access magazine.

PFAS are a family of potentially thousands of synthetic chemicals that are extremely persistent in the environment and human bodies. PFAS is short for per- and polyfluoroalkyl and includes chemicals known as PFOS, PFOA and GenX. They are identified by signature elemental bonds of fluorine and carbon.

“They don’t break down in the environment, and that is why they are called forever chemicals,” said Pearson, of Menomonie.

In the body, the chemicals primarily settle into the blood, kidney and liver. A 2007 study from the U.S. Centers for Disease Control and Prevention estimated that PFAS could be detected in the blood of 98% of the U.S. population.

PFAS have been used in various industries because of their ability to repel oil and water. Manufactured since the 1940s, they can be found in nonstick products, stain and water repellants, paints, cleaning products, food packaging and firefighting foams.

An agency within the Centers for Disease Control and Prevention states some studies have shown the chemicals can cause reproductive or developmental issues, thyroid disease and an increased risk of cancer.

Pearson was on sabbatical the fall semester of 2018 and preparing to expand on previous research he had conducted on frac and sand mining.

“As I was looking into some polluted sites related to oil and gas refineries, that’s when I happened upon PFAS contamination in the east metro area of St. Paul caused by 3M, one of the original inventors of these chemicals. After exploring the issue further, I was struck by how PFAS contamination seems to touch everyone. That, and my geographic proximity to one of these epicenters of this emerging national crisis, prompted me to switch gears,” Pearson said.

Renfrew, associate editor of the Journal of Latin American and Caribbean Anthropology, and Pearson met in graduate school at Binghamton University-State University of New York, where they earned doctorate degrees in anthropology.

“We quickly bonded academically as graduate students interested in researching environmental issues,” Renfrew said. “At the time both of our research areas were focused in Latin America, mine in Uruguay and his in Central America (Costa Rica, El Salvador). We became close friends. Since graduating, we’ve remained close and we see each other regularly at academic conferences. We read and commented on each other’s book manuscripts, and we’ve continued to share and exchange research interests. But the PFAS research is our first time formally working together on a project, so it’s been very rewarding, even if we’re still in the early stages. I’m excited to continue our work together.”

“For a long time, I’ve been interested in the complex ways people respond, and the meanings they attribute, to finding out they or their communities are contaminated with toxic substances,” he said. “I have found so many parallels with the ways the PFAS exposure experience has unfolded in the United States, so it seemed like a logical next step for my research. I am also intrigued by both the parallels and differences between toxic exposure experiences of a well-known pollutant, like lead in South America, and the newer unfolding process of toxic discovery of PFAS in North America.”

Five sites to be part of research

Washington County, Minn., is the home of 3M’s Chemolite manufacturing plant and its nearby global headquarters.

According to the Minnesota Pollution Control Agency, for years the plant discharged wastewater into the Mississippi River and from the 1950s to the 1970s disposed of waste containing PFAS chemicals in dump sites in Oakdale and Woodbury, Minn., at the manufacturing facility in Cottage Grove, Minn., and at the Washington County landfill.

Leaching of PFAS from the dump sites has caused major groundwater contamination encompassing more than 100 square miles and a dozen townships. In 2018, the state of Minnesota settled a lawsuit against 3M Co. for $850 million.

“After years of prolonged social, political and legal struggle, this became the foundation of one of the world’s most extensive epidemiological studies and several landmark individual and class action lawsuits,” he said. “Tens of thousands of people have been affected; many of them are still coping with myriad health injuries, including cancers. Public health and environmental officials consider PFAS one of the most important and challenging public health issues of our time, one poised to continue well into the future.

“We think our research can contribute to broader understandings of how people make sense of the anxieties and uncertainties inherent in toxic exposures like PFAS and how they choose to respond. This can hopefully help regulators and communities themselves in finding ways to better shape health and environmental policy and ultimately to facilitate the construction of healthier, more sustainable communities,” Renfrew said.

Three other sites will be part of their research:

“We want to study how people cope with the discovery of contamination, the social conflicts that unfold and to what extent exposure becomes a basis of collective community action and change,” Pearson said. “Does it prompt people to think differently about air and water quality; about their everyday environment; the companies that operate in their communities?

“When you have people’s livelihoods connected to the company or institution that is responsible for their exposure to hazardous chemicals, that is a paradox they have to grapple with that is extremely difficult and significant. How does that shape people’s interest in asking questions and pushing for accountability? What does accountability even mean when so many institutions and actors are complicit in such pervasive contamination?” he said.

Pearson hopes to write a book on the issue based on his research.

PFAS pollution has been a growing topic in Wisconsin. Gov. Tony Evers issued an executive order in August directing the Wisconsin Department of Natural Resources to create a PFAS Coordinating Council and partner with other state agencies, as well as establish a public website on the risks of PFAS substances to public health and the environment.

Pearson will be speaking on forever chemicals before the Sierra Club at 7 p.m. on Wednesday, Feb. 5, at the Unitarian Universalist Church community room, 421 S. Farwell St., Eau Claire.

“I will talk about the general overview of the issue and what’s going on in Wisconsin related to it,” Pearson said. “And I want to highlight Marinette and the increasing concern of residents there about PFAS exposure and groundwater contamination.”

He will speak at UW-Stout on the issue during a department of business open forum from 1:20 to 2:30 p.m. on Wednesday, April 29, in the Northwoods Room of the Memorial Student Center. The event is entitled “Elsewhere is Here: What’s In Your Water?”

In 2017, Pearson’s book “When the Hills Are Gone: Frac Sand Mining and the Struggle for Community” was published by the University of Minnesota Press. The book takes a critical look at the controversial frac sand mining industry and how the corporations behind the mines exerted their influence in west-central Wisconsin. The 248-page book is a case study of grass-roots community activism and democratic process. The paperback sells for $25 and can be purchased through the University of Minnesota Press.

In Madison on Friday, March 6, Pearson will speak about frac sand mining at the Wisconsin Environmental Health Network conference entitled Making the Connection during a panel on environmental justice. Doug Oitzinger, a former Marinette mayor who has become involved in a grass-roots response to the PFAS contamination there with a group Stop Poisoning Our Water, will also be a panelist.

If this is potentially anti-free market or anti-capitalist, should the Dunn County Republican party be included for what can and cannot be studied?