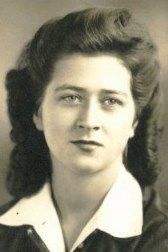 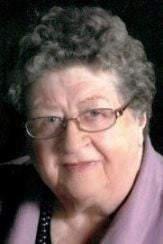 JANESVILLE, Wis. — Irene Jane McIntyre, 93, of Janesville passed away at her home Saturday, Nov. 9, 2019, with her family at her side. She was born in Dunn County, April 18, 1926, the daughter of Clarence and Cynthia Maude (Williams) Austreng. She grew up in Wheeler, Dunn County, Wis. She married Earl Henry McIntyre, April 28, 1943. In April of 2003, they celebrated their 60th wedding anniversary.

They farmed in northern Wisconsin and after Earl went into the service, the family resided in Colorado and Kansas. They moved to Janesville in 1953, after Earl was discharged from the military. He went to work for W.R. Arthur Co., (JATCO). Irene loved being a homemaker and mother. She enjoyed gardening, especially raising strawberries and Irene’s strawberry rhubarb pies were always the best. After attending classes at Blackhawk Tech, she enjoyed furniture refinishing. Irene was known for having a big heart. She loved people and people enjoyed her company. Family was extremely important to Irene. She and Earl always looked forward to their many family visits. Irene was a member of St. Peter’s Lutheran Church and Kienow-Hilt V.F.W. Post # 1621 Auxiliary.

A special thanks to Agrace Hospice for their loving care.