CHIPPEWA FALLS — Business is picking up for the Menomonie gymnastics team.

The Mustangs finished in first place as a team while individually Alexis Anderson won the balance beam on Saturday at the Chippewa Falls Triangular.

As a team Menomonie ended the day with a score of 126.65 with Hudson taking second (125.1) and the host Cardinals third (104.175). That team score was strengthened by many strong performances up and down the lineup, led by Anderson finishing first on the beam with a score of 8.45, just ahead of teammate Melody Greenwood (8.4) in second place.

Saturday’s performance came one week after the Mustangs took third as a team a multi-team tournament in River Falls where Greenwood won the beam. Menomonie had just one event in the first month of the season but the schedule picks up for the Mustangs from here on out.

Menomonie coach Erin Liljedahl credited her team’s veteran competitors for helping the younger competitors get up to speed as a part of a growing roster.

“Our veterans this year are doing a great job at leading. They’ve really stepped up and understood that it’s not just them anymore,” Liljedahl said. “They’ve kind of been the only ones at times throughout their high school career and now we have a big team and they’ve got a lot of girls who don’t know gymnastics as well and they’re really taking them under their wings and each taking a girl to lead through and show them how to do things and motivate them to keep going.”

“We’re looking really good this year. I’m really proud of what their scores look like the last two meets. We’ve gone up since December and we’ve added a lot of new skills between last weekend and today into their routine,” Liljedahl said. “There was a little bit of sloppiness and deductions for the sloppiness in those new skills. So the next couple weeks I’m really expecting them to focus on the details and making the new things old things and becoming old pros at the new things they just learned a couple weeks ago.

“I’m really confident they can do that.”

NFL Draft: Menomonie native Stokke takes pride in being the next University of Wisconsin fullback with chance to take his game to the pros

Menomonie native Mason Stokke is proud to be the latest in a long line of Wisconsin Badgers fullbacks with pro prospects.

Mike Sinz is returning to the Menomonie school district and football program after being approved as a special education teacher in the district as well as the next head coach for the Mustangs.

A young Colfax softball squad is showing a positive attitude, drive in return to action this spring.

Elk Mound freshman Kaden Russo has been selected to the All-Dunn-St. Croix Conference first team for the 2020-21 season.

Menomonie senior Girard Jones and sophomore Kellan Aure were selected as members of the All-Big Rivers Conference first team for the 2020-21 season.

Racing is back at the Red Cedar Speedway in Menomonie. 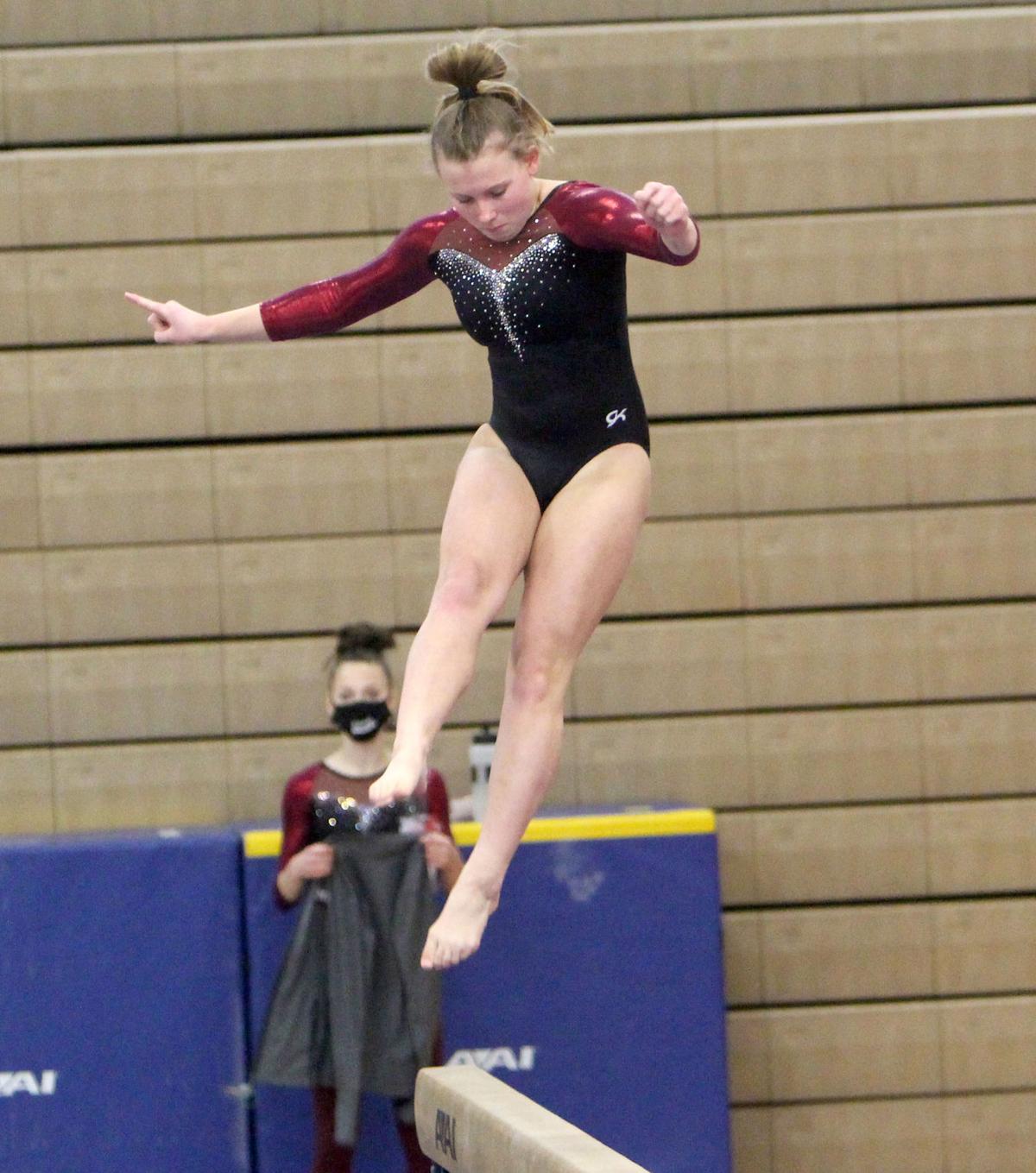 Menomonie's Alexis Anderson performs on the balance beam on Saturday in Chippewa Falls. 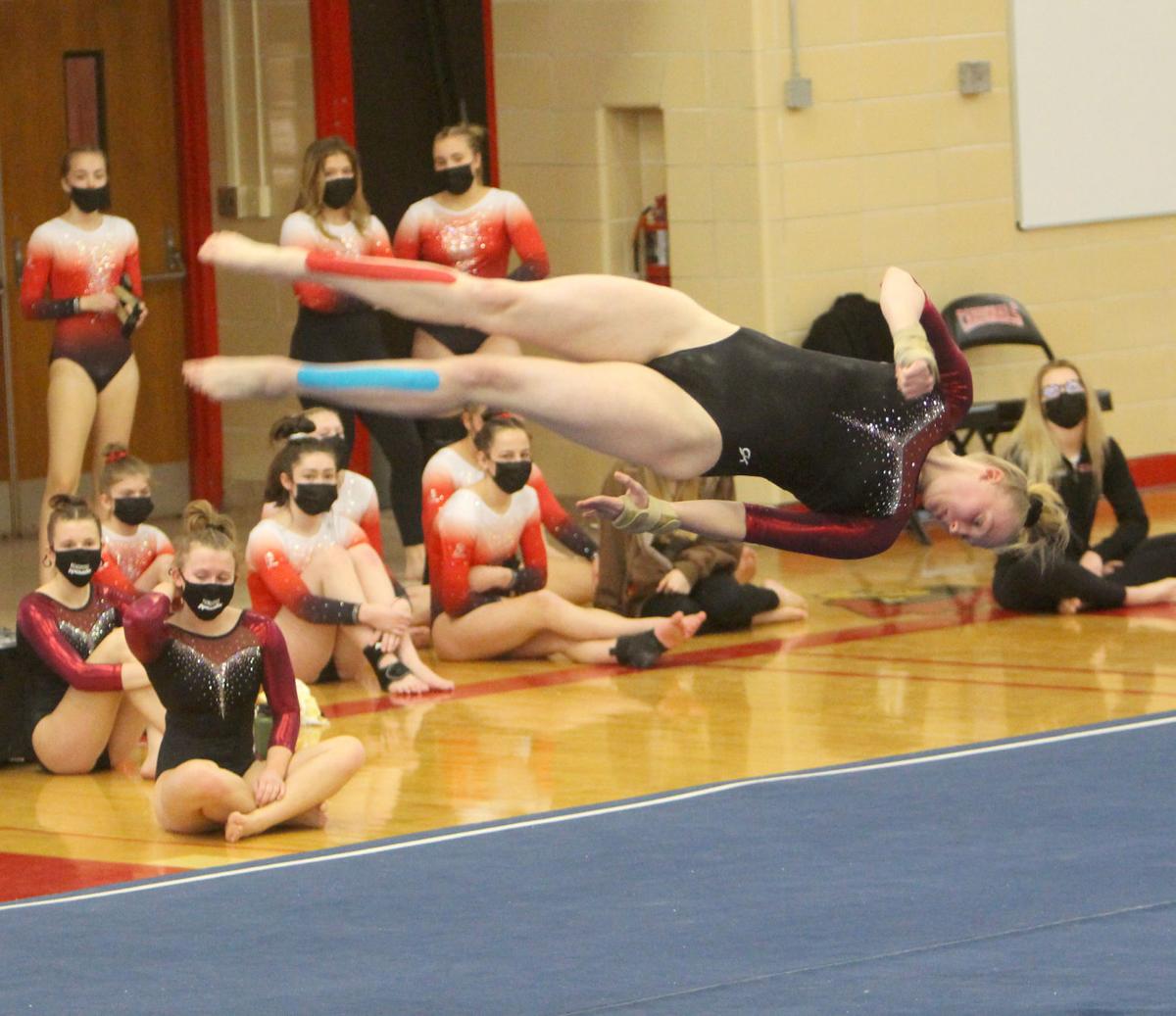