Mike MacDonald has been selected to lead the UW-Stout hockey program into a new era.

MacDonald, an assistant hockey coach at Curry College the last four years, will take over the Blue Devil program with the 2020-21 season. MacDonald follows Terry Watkins, who was Stout’s varsity coach for 24 seasons and eight years as the club coach.

“I believe that UW-Stout has much to offer it’s hockey players,” MacDonald said about his interest in the program. “The last couple of years that I was playing (at SUNY-Geneseo), the hockey team under Terry Watkins, was a powerhouse. My goal is to bring the program back to that level.”

“Mike will have the opportunity to make a unique transition,” UW-Stout athletic director Duey Naatz said. “He will be ushering in a new era of Stout hockey. We are excited for the vision he has for our hockey program, both on and off the ice.”

“I am most excited in the possibilities of recruiting for UW-Stout,” MacDonald said. “As far as a hockey student-athlete, Stout has a good fit for almost any student out there. UW-Stout graduates are in a good position to step into a job right away.”

“We will have the opportunity to expand our recruiting,” MacDonald said. “We will be committed to finding the right players for UW-Stout, regardless of location.”

During his time at Curry the team has steadily improved each season, posting a combined record of 64-31-9. He has coached 11 All-Commonwealth Coast Conference (CCC) selections and in the 2018-19 season his power play was ranked third in the nation, scoring on 27.4 percent of their opportunities.

While at Curry, MacDonald was responsible for recruiting, strength and conditioning, power play, video analysis, analytics, and coaching the defense.

MacDonald calls himself adaptable and knows he will need to call upon that quality throughout his career, but especially the first several years.

“The first year or two, you are given a team that you will work with,” MacDonald said. “Then as you bring in your own recruiting classes, the team will evolve.”

“Ideally, I would like to play an offensive style of hockey,” MacDonald said. “I would like us to value puck possession, to own the puck.”

Prior to joining Curry, MacDonald spent a year as an assistant coach at Wentworth Institute of Technology in Boston, where he helped guide a young Leopards team to the ECAC Northeast semifinals.

MacDonald graduated from SUNY-Geneseo with a degree in Business Administration in 2007. During his time at Geneseo, the team posted a record of 67-33-11, winning the SUNYAC Championship in 2005 and 2006. Over his collegiate career, MacDonald appeared in 109 games and is among the school’s all-time leaders in goals (61) and points (120).

After graduation, MacDonald played six seasons professionally. He began his professional career in the Central Hockey League, spending one season each with the Odessa Jackalopes and New Mexico Scorpions. The following four seasons he played primarily for the Southern Professional Hockey League’s Huntsville Havoc. While there he served as the team’s captain for three seasons. In 2010 he scored the game-winning goal to give Huntsville its first ever SPHL Championship. Over his career, MacDonald appeared in 338 professional games with 213 points on 84 goals and 129 assists.

MacDonald is a native of New Glasgow, Nova Scotia. He and his wife Diana have a son, Bennett.

“I see this as a really great opportunity,” MacDonald said. “I believe our student-athletes can represent Stout well both on and off the ice. I see this as a place we can be for a long time.”

MacDonald is the sixth head coach in program history.

The Menomonie boys cross country team put forth a strong effort on its way to a victory at home in the Menomonie Relays on Saturday.

Attendance to most fall Big Rivers Conference sporting events will be limited this fall, the conference announced in a press release on Wednesday.

The Elk Mound football team is making the jump to the Cloverbelt Conference this season.

A look at what's on deck for the next week of Dunn County prep sports.

The Menomonie boys soccer team returns key pieces, including many on defense, this fall.

The Menomonie girls swimming team is well stocked on returning talent as the Mustangs return to the pool this fall. 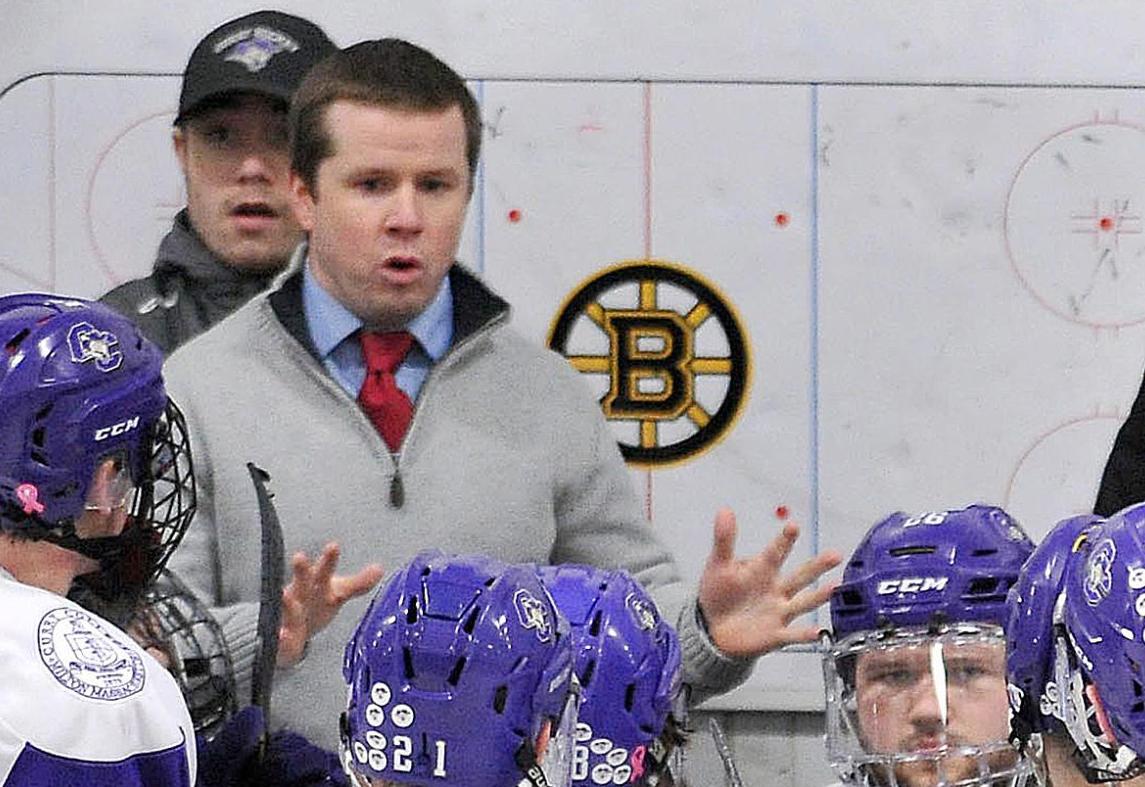 Mike MacDonald has been chosen to lead the UW-Stout men's hockey team after spending the last four seasons as an assistant coach at Curry College. 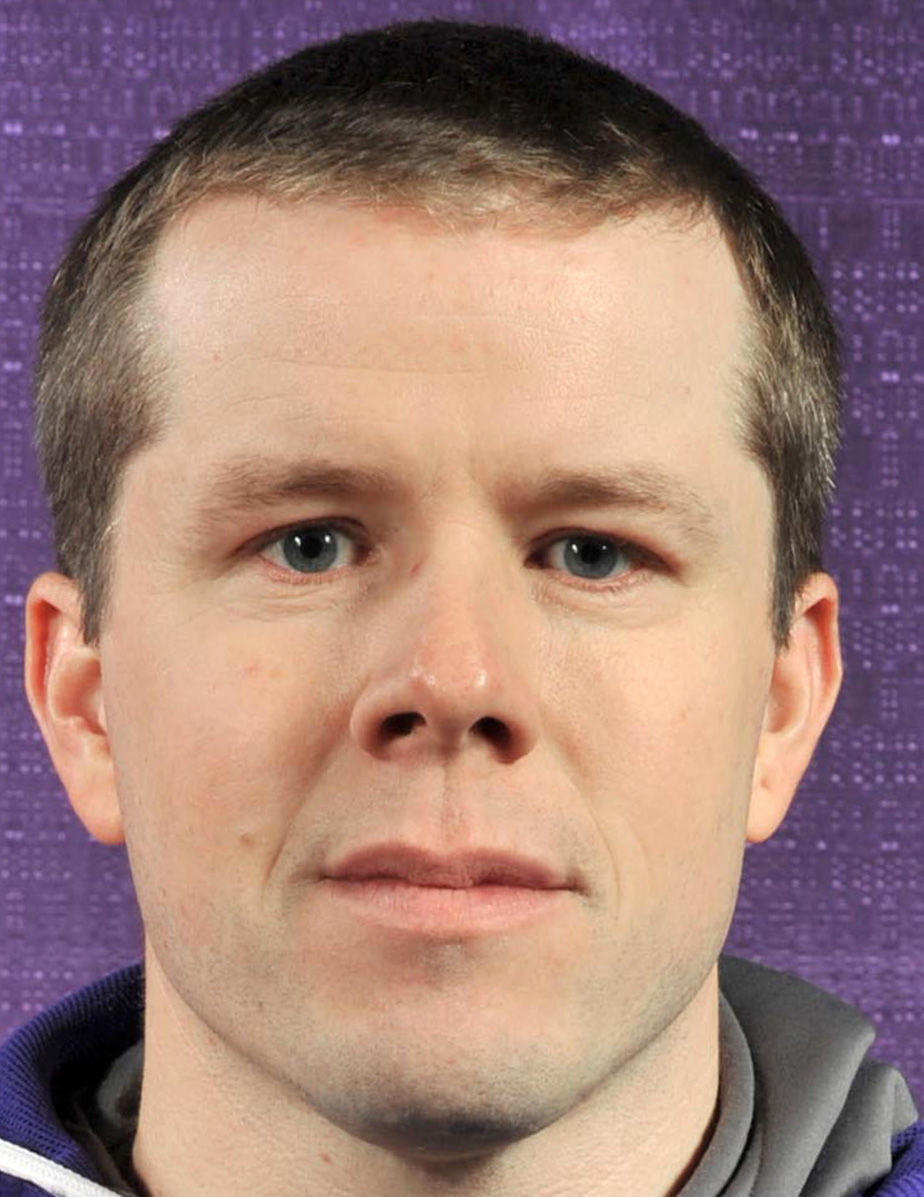