Menomonie graduate Terrin Vavra is getting up to speed with the Baltimore Orioles after being called up to the Major League Baseball team last week.

Vavra appeared in three games for the Orioles in their series in Cincinnati last weekend after earning a promotion to the majors on July 27. The versatile Vavra made his first appearance in Friday’s matchup with the Reds as a pinch runner for Trey Mancini in the ninth inning of a 6-2 Baltimore win. One day later, Vavra made his first start with the Orioles as he batted eighth and served as the designated hitter, finishing 0-for-3 with a strikeout in his team’s 8-2 defeat. He appeared as a pinch hitter in Sunday’s 3-2 loss to the Reds, drawing a two-out walk to bring the go-ahead run to the plate before Mancini grounded out to end the game.

The 25-year old Vavra earned the promotion by putting up strong numbers with Baltimore’s Triple-A affiliate, the Norfolk Tides. Vavra hit .324 with a .435 on-base percentage in 208 plate appearances across 45 games with the Tides. He hit two home runs, scored 34 runs, drove in 18 runs and stole five bases with the ballclub. He started the year with the Tides before missing more than a month with an injury, returning to action on a rehab assignment with the Aberdeen Ironbirds before rejoining the Tides in early June.

Vavra was added to the team’s 40-man roster at the end of the 2021 season after reaching Double-A with the Bowie Baysox where he hit .248 with a .388 on-base percentage in 40 games, bashing five home runs and driving in 20 while scoring 28 times and stealing six bases across 184 plate appearances.

Vavra was acquired by the Orioles at the 2020 trade deadline from the Colorado Rockies in a deal with first baseman Tyler Nevin in exchange for relief pitcher Mychal Givens. Colorado drafted Vavra with the 96th pick in the third round of the 2018 MLB Draft after completing his junior season at the University of Minnesota. While a Gopher, Vavra hit .351 in 140 total games with a .412 on-base percentage and 13 home runs with 98 runs batted in and 15 stolen bases. Vavra graduated from Menomonie in 2015 and was named first team all-state in his senior campaign while hitting .533 for the Mustangs. He was selected to play in the WBCA All-Star Classic and was also named Division 1 Player of the Year.

Terrin is the third of his siblings to be drafted to professional baseball, joining older brothers Tanner and Trey, who were drafted by the Minnesota Twins in 2013 and 2014, respectively. Tanner and Trey remain involved with the game of baseball as Tanner is an assistant coach at the University of St. Thomas and Trey is a volunteer coach at the University of Minnesota. Their father, Joe, had a long career in professional baseball, first as a player when he was drafted by the Los Angeles Dodgers in 1982 before moving into coaching with the Dodgers, UW-Stout, Twins and Detroit Tigers.

Baltimore opened a three-game series in Texas on Monday against the Rangers and returns home on Friday for a three-game set with the Pittsburgh Pirates.

Menomonie native Terrin Vavra has made an immediate impact with the Baltimore Orioles since being called up to the majors late in July. 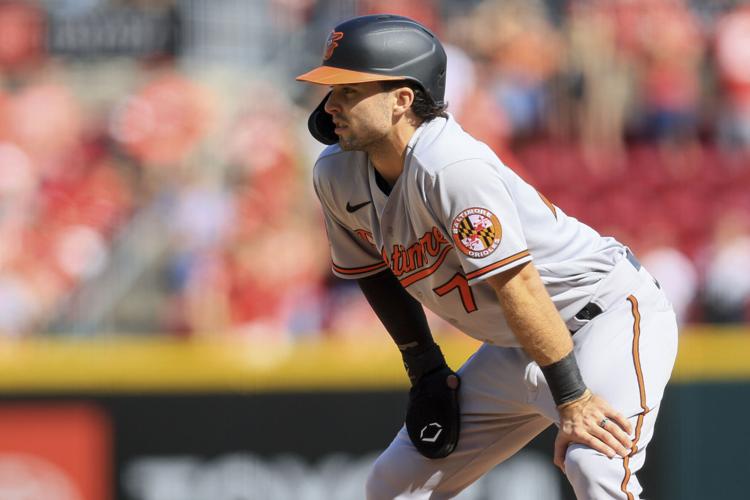 The Baltimore Orioles' Terrin Vavra takes his lead from first base during a baseball game against the Cincinnati Reds in Cincinnati on Sunday. 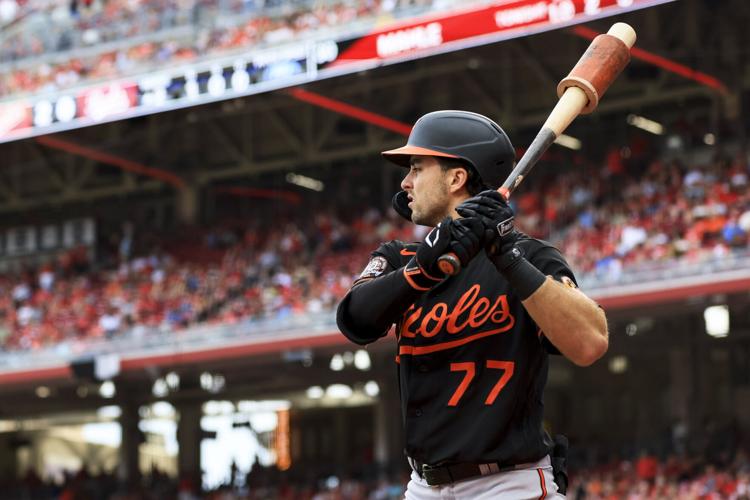 The Baltimore Orioles' Terrin Vavra waits on deck to bat during a baseball game against the Cincinnati Reds in Cincinnati on Saturday. 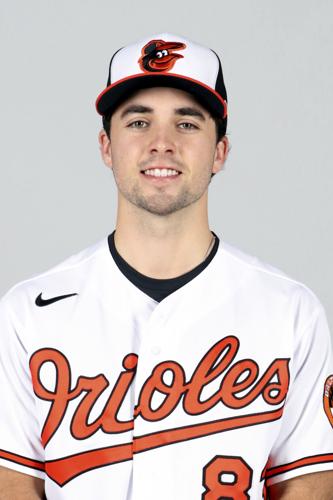