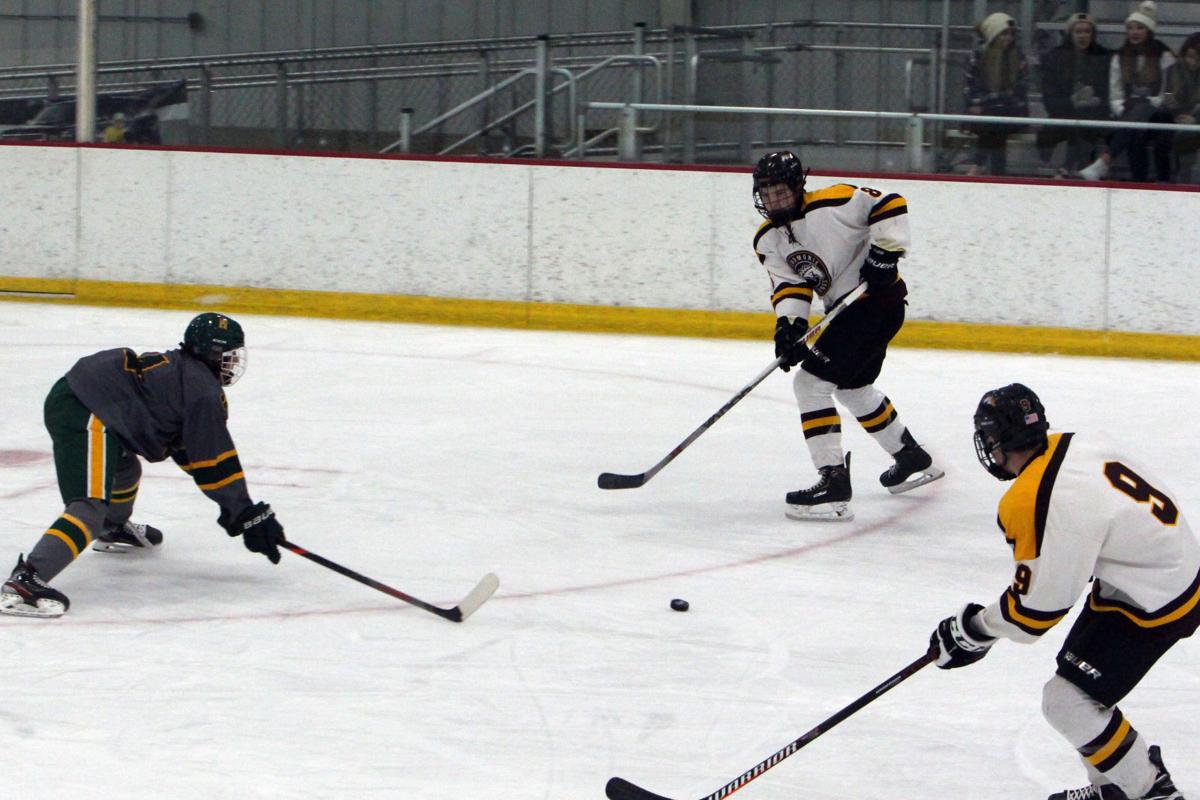 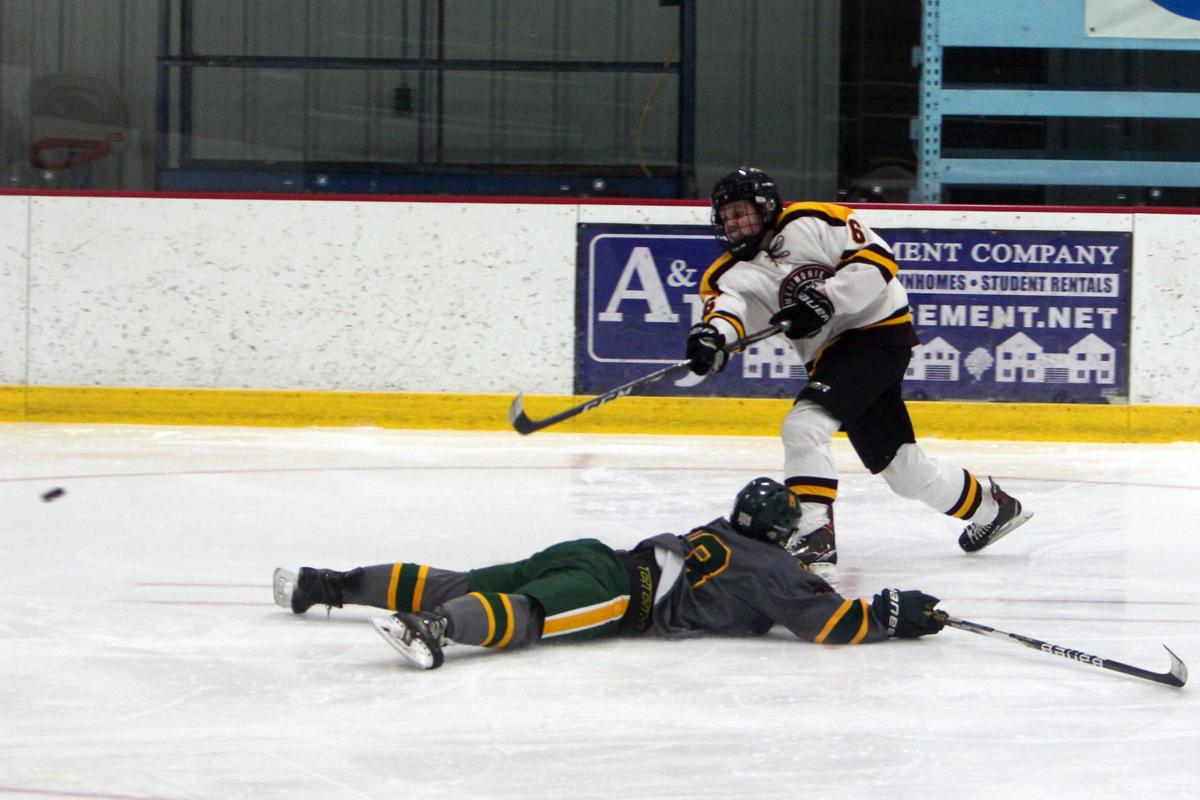 The Menomonie boys hockey team split a pair of nonconference matchups over the weekend during a holiday tournament hosted by the Mustangs.

Menomonie defeated Cedarburg 7-5 on Friday before dropping a 6-1 game to Ashwaubenon on Saturday evening.

“We talked a little after the (Eau Claire) North game that I think we played really well against North for two periods, it doesn’t reflect in the score, but they really worked hard,” Menomonie coach Matt Ellis said.

“We had to get back to that and play that kind of hockey against these two nonconference games — see where we stand. They were two really good games.”

The Mustangs battled back from a three-goal deficit to earn a victory in the first game as Menomonie scored three times in the second period to take a lead over the Bulldogs.

The Mustangs trailed 4-1 late in the first period before Clasen Cook notched a goal, with assists from Dieter Heim and Grant Imsande, with one minute, 32 second left in the first. Jackson Card got a shot past the goaltender about six minutes into the second, before Zach DeMarce tallied the game-tying goal about two minutes later.

Kaleb Miller gave the Mustangs a lead they would relinquish at the nine-minute mark of the second. Sedric Yukel and Miller each added goals in the third as Menomonie scored six consecutive goals in the game.

“We kind of had a come-to-Jesus meeting after the first period,” Ellis said. “It’s not the way I wanted our team to play and I thought we were really sloppy and loose and we needed to get back to that hard-hitting, heavy gritty style of hockey like we played against North.”

Despite outshooting the Jaguars 34-26, the Mustangs were unable to get shots past Ashwaubenon’s Lincoln Sims in goal.

“I thought we actually outplayed them and played really well and we battled really hard,” Ellis said. “We were unfortunately snake bitten. We couldn’t buy a goal. Their goaltender — hats off to him — played really well.”

Ashwaubenon scored three goals in the first period, before adding on in the second and two in the third. Menomonie’s lone goal came from Zach DeMarce — with an assist from Heim — 3:21 into the third period. Menomonie goalie Thomas Isenberger made five saves in the first period before suffering an injury. Justice Szotkowski took over in goal and made 15 saves.

Menomonie plays at Superior on Saturday.