The football league has undergone several tweaks in recent decades with the latest round of changes taking place this fall as Wisconsin Football Coaches Association realignment creates a new looking league.

At the start of the 21st century, the Dunn-St. Croix featured large and small school divisions of six teams apiece before growing programs and districts like St. Croix Central, Prescott and Somerset left. Second-year Boyceville coach Michael Roemhild has been a player and coach in the conference often in the last 20 years and said the latest change in the league is just that, another change.

“Every 10 years, it always seems like there’s big changes,” Roemhild said. “It’s just a title of a conference, but there’s Glenwood (City), Colfax (and) us are kind of the constants in the Dunn-St. Croix where our enrollment isn’t going to change drastically where we’re going to get up to 500 kids.”

Colfax (276) assumes the role of the largest district in the conference with Glenwood City and Boyceville (210 each) tied for third and Spring Valley (207) fifth.

“I think it could really benefit us as a school and us as a football program,” Colfax coach Matt DeMoe said. “The program that we’ve had for the last couple years is we just don’t get a lot of kids out to play. I get in the low 30s and not talking enrollment sizes of the school but when we play against an Elk Mound that gets 65-68 kids out for football their Monday-Thursday practice is scheduled and aligned a little bit different than ours. They have the ability to go a little harder versus kids that are close to varsity level for a scout team.

“My scout team is a bunch of freshmen that don’t want to get run over by seniors. Every play we run works, every defensive thing we do works. So that’s been a struggle for me versus the bigger schools in the conference and now that we’re going from middle of the pack in enrollment and a lot of kids playing towards the top of it with Cadott, I think that’s going to be successful for us as a program.”

Cadott joins the league with little familiarity of its now conference foes. The Hornets have faced Boyceville in nonconference play in recent years and coach Jeff Goettl knows perennial contender Spring Valley is strong and the Bulldogs have a talented younger team, but beyond that he and the coaching staff are working hard to get up to speed in learning their future opponents.

“The coaches, we’re all pretty excited,” Goettl said. “It seems like more of a playoff-type atmosphere. We’re going in to face teams we haven’t played before so it’s going to be new, like you would play a playoff game. You have a team you haven’t really seen before so you go off film and there’s going to be a lot more detail going into it because you don’t know any of their nuances like the teams you play every year.”

The exodus of Elk Mound, Durand and Mondovi also creates opportunity at the top half of the conference. Those programs along with Spring Valley have been the most consistently strong teams in the league in recent years and while new faces Clear Lake and Turtle Lake qualified for the Division 7 playoffs a season ago and Cadott just missed out on the playoffs last year, coaches in the league feel the opportunity for upward mobility with many teams is there.

The nonconference schedule for Dunn-St. Croix teams is also simplified this year with the first and second weeks reserved for non-league games. Previously teams in the Dunn-St. Croix had nonconference games in the first two weeks as well as another on a rotating basis between conference teams from weeks three through nine. Cadott was able to maintain its decades-long rivalry with the Cloverbelt’s Stanley-Boyd by scheduling a season-opening matchup as well as picking up a game against Lake Holcombe/Cornell for week two.

Cadott was able to keep a long-time rival in the Orioles while scheduling the Knights, another close-in-proximity team while drawing back to a time when the Hornets faced Cornell in nonconference play during the days of the Large and Small Cloverbelt Conferences. Previously in Cloverbelt Conference play, one team per week would have a nonconference game in the 9-team league while the other eight played in four league games.

“It gives you a chance to get ready for conference play a little better,” Goettl said of the change.

Colfax is set to face Whitehall and Eleva-Strum in the first two weeks while the Bulldogs will battle Independence/Gilmanton and Cameron.

With so much turnover, programs will be spending plenty of time getting up to speed on their league foes with DeMoe saying that also gives teams including his Vikings the opportunity for a fresh start.

With several new squads calling the Dunn-St. Croix home beginning this year, optimism is high for many teams looking to move up the ladder and become a conference title contender.

But above all else, teams are excited to hopefully get the chance to return to the field.

“There’s a lot of excitement right now because nothing has happened since the end of high school basketball where the boys didn’t even get to continue,” Roemhild said. “Right now everybody’s hoping we get to play and that’s the number one excitement out of everything. When the conferences changed there was some uproar with teams and right now I think it’s to the point where people are just excited to see some sort of athletic event going on and we’re hoping, we’re preparing the season is going to go on as normal. 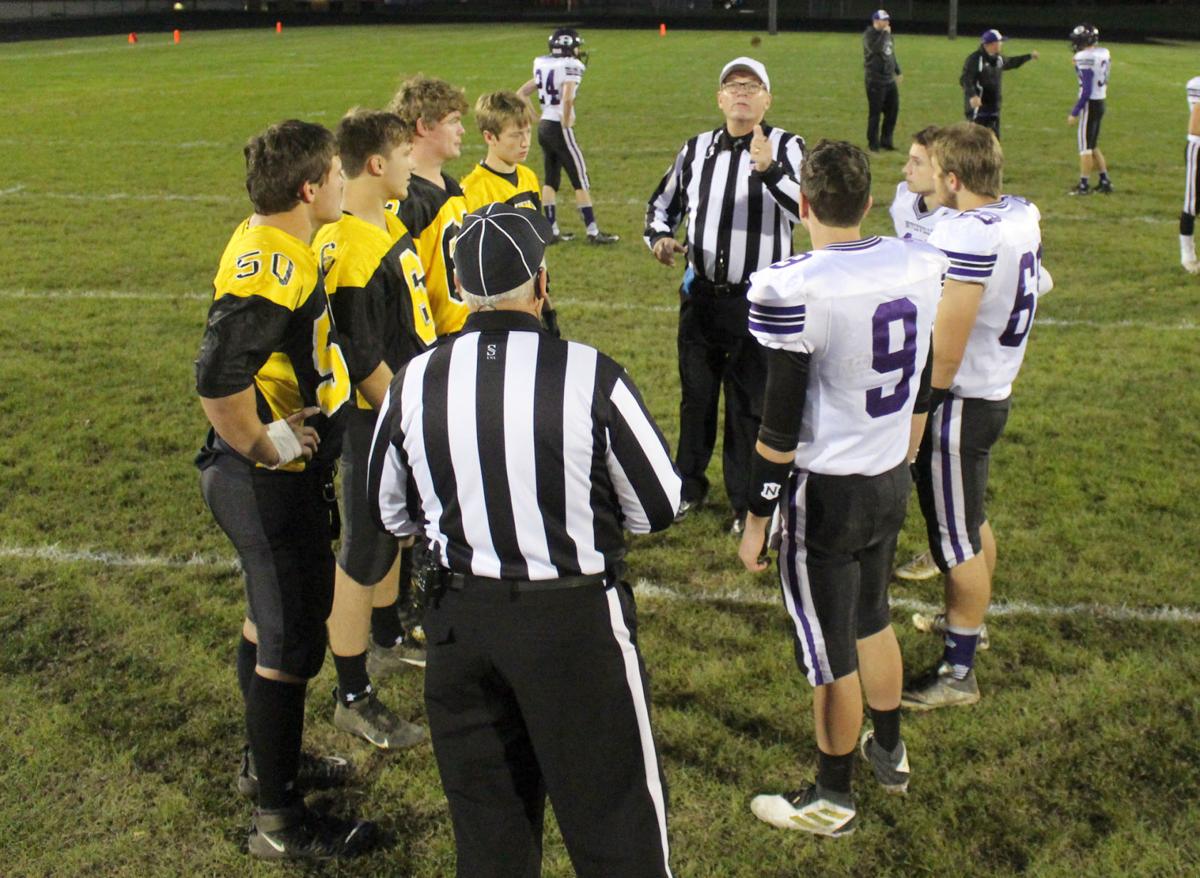 Cadott and Boyceville captains meet for the coin toss before a game between the teams last season in Cadott. 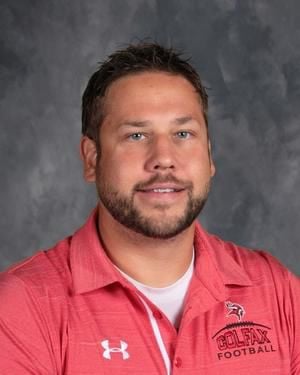