COLFAX — The Colfax girls basketball team wrapped up a  Dunn-St. Croix Conference championship with 52-45 victory over Durand on Tuesday.

The Vikings (17-2, 12-0) jumped out 28-18 halftime lead on their way to their second straight conference title. Colfax shared the title with Durand last season.

Kameri Meredith led all scorers with 23 points as Rachel Scharlau joined her in double figures with 12. Morgan Schleusner added nine.

Colfax plays at Boyceville on Friday.

At Mondovi, the Mounders won a low-scoring affair over the the Buffaloes in a Dunn-St. Croix contest.

At Spring Valley, the Bulldogs routed the Cardinals in a conference matchup.

Boyceville (7-12, 4-8) led by eight at the break but a 40-22 advantage after halftime allowed the Bulldogs to pull away.

The Bulldogs host Colfax on Friday.

At Menomonie, Kaleb Miller led the way as the Mustangs three goal apiece in every period in a nonconference victory over the Tigers.

Miller recorded four goals and an assist in the win.

Menomonie jumped ahead 3-0 after the first period as Colby Lee, Miller and Grant Imsande each tallied goals. Miller added his second goal about two minutes into the second and Tanner DeMarce found the back of the net at the five minute mark of the period to lead 5-0. After Black River Falls got on the board Miller added to his night with his third score halfway through the period.

Yukel and Zach DeMarce each added two assists for a three-point games for Menomonie (5-17). Jackson Card also had two assists.

Goalie Justice Szotkowski made 29 saves for the Mustangs. Menomonie held a 53-34 advantage on shots on goal.

Menomonie concludes the regular season Thursday at Rice Lake. The Mustangs will open Division 2 postseason play with a trip to West Salem/Bangor next Thursday, Feb. 20.

At Menomonie, the Mustangs earned a nonconference win over the Vikings.

The Mustangs received balanced scoring throughout the victory, racing out to a 23-14 advantage at the break.

Holmen (4-14) was led by nine from both Max Hammond and Ben Olson.

The Mustangs resume Big Rivers Conference play with a game at Eau Claire North on Friday. 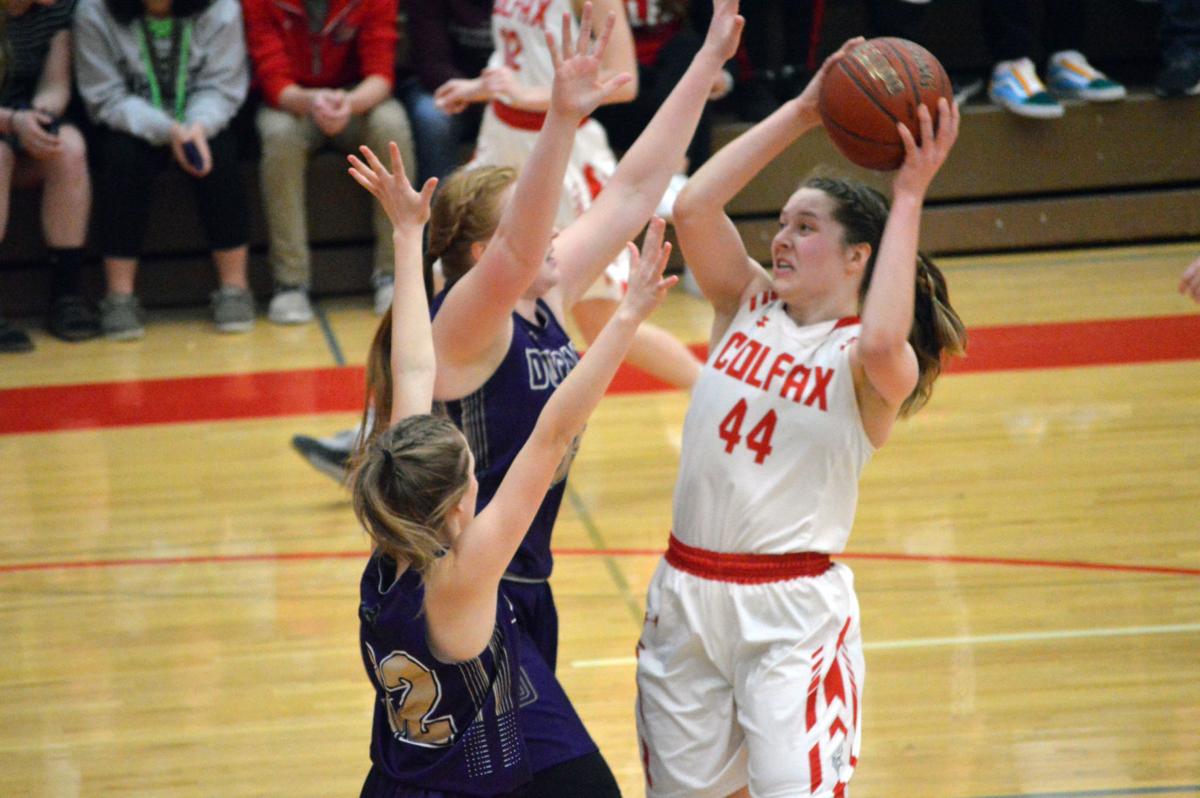 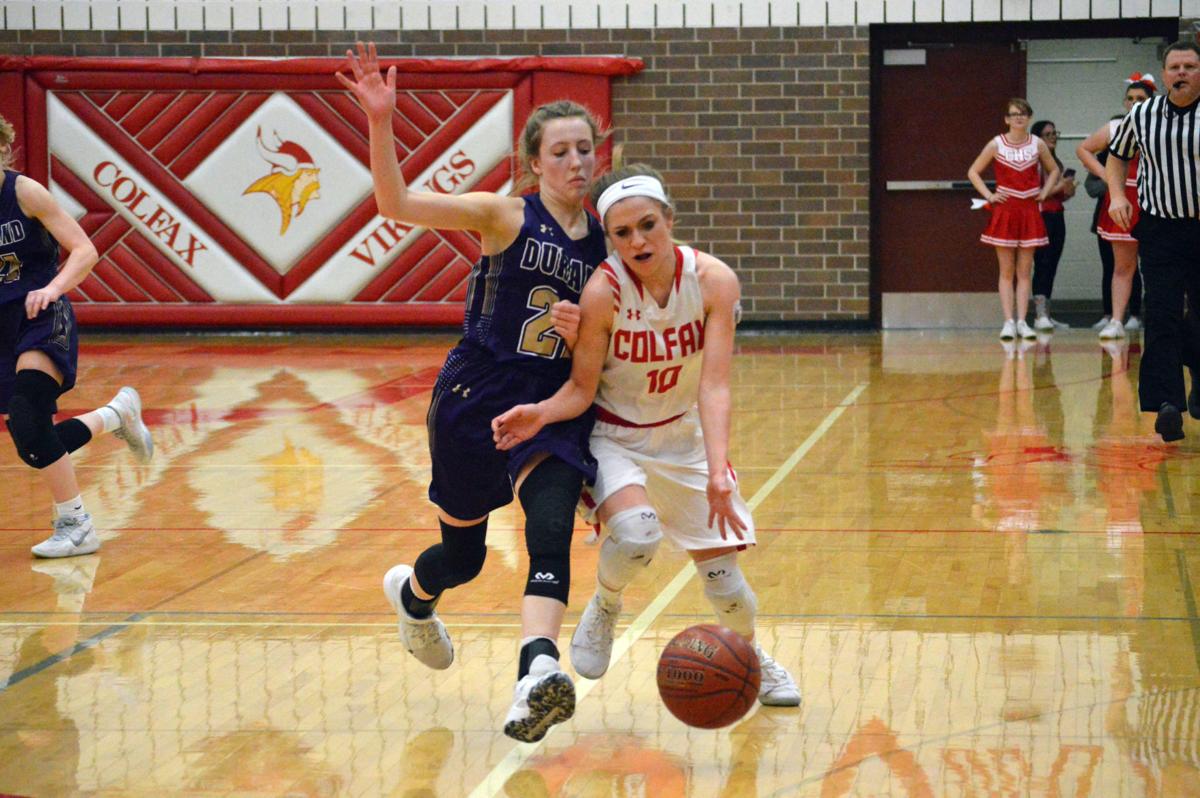 Colfax point guard Morgan Schleusner was fouled by a Durand defender during the conference matchup played Tuesday in Colfax.