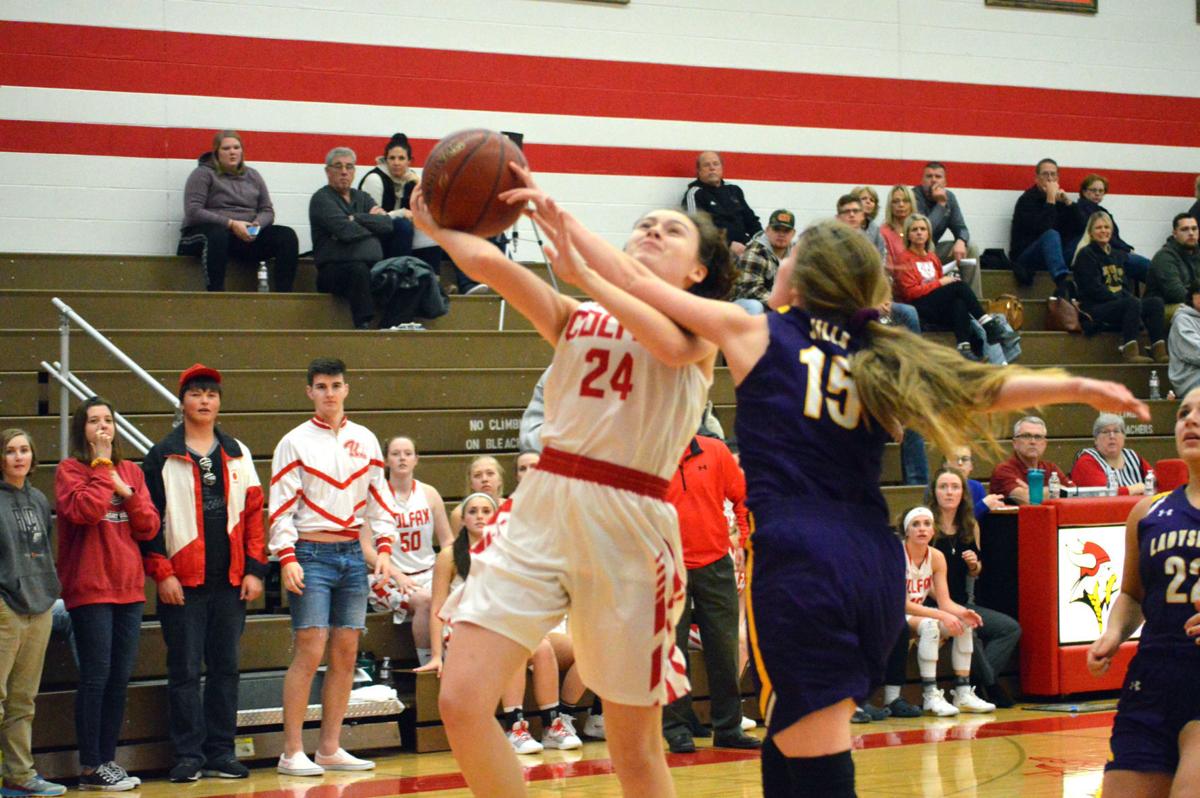 Colfax's Madison Barstad (24) found an opening and drove to the basket in the game against Ladysmith on Thursday night in Colfax. 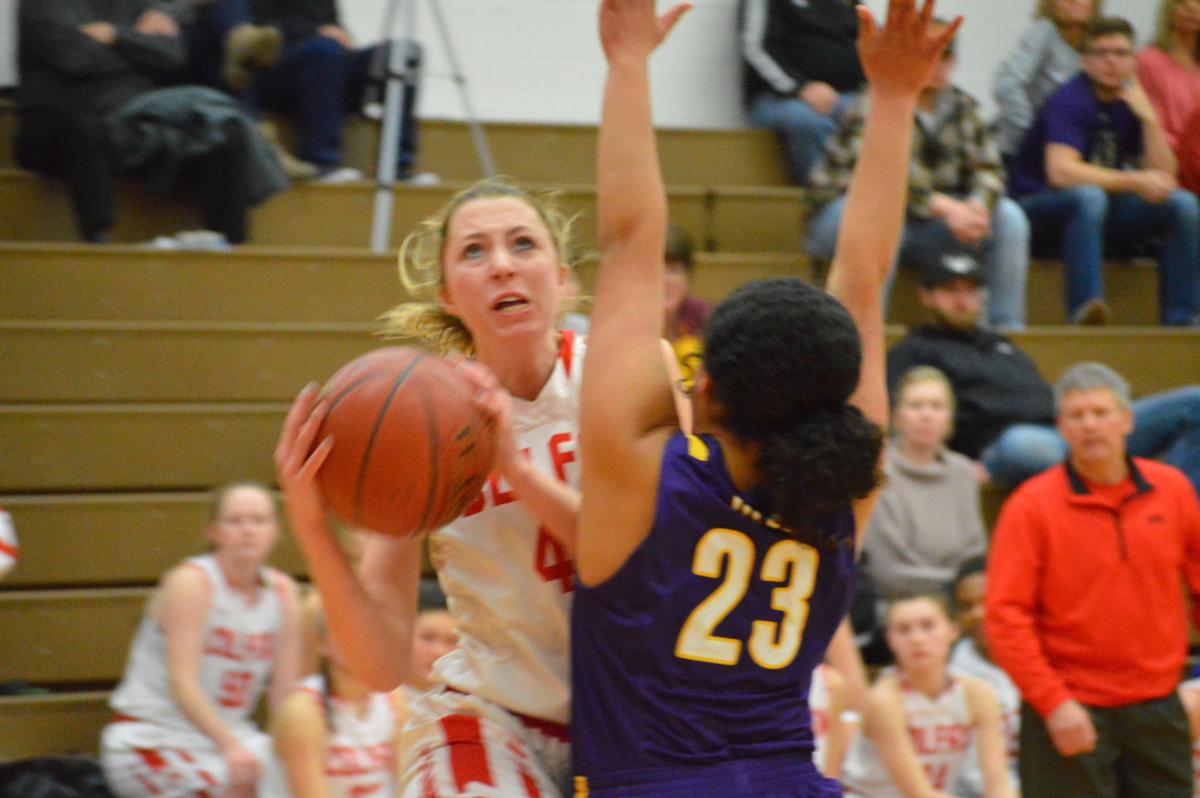 Colfax's Madison Barstad (24) found an opening and drove to the basket in the game against Ladysmith on Thursday night in Colfax.

COLFAX — The Colfax girls basketball team pulled away in the second half to defeat Ladysmith 50-38 and win its eighth consecutive game.

The Vikings (8-1) held a one-point advantage at the break but outscored Ladysmith 28-17 after halftime. It was Colfax’s first game since a win over Mondovi on Dec. 19.

Meredith pulled down nine rebounds and picked up two steals. Irwin also had two steals in the game.

Colfax has a nonconference game at Clear Lake on Monday.

At Cumberland, the Bulldogs earned their second victory on the season with a nonconference win over the Beavers.

Boyceville (2-5) hosts a nonconference game against Prairie Farm on Tuesday before returning to Dunn-St. Croix Conference play on Thursday when the Bulldogs host Spring Valley.

At Elk Mound, the Mounders dropped a close nonconference game to the Ramblers.

Elk Mound (1-5) had a four-point lead at the break slip away as Eau Claire Regis outscored the Mounders 30-23 following halftime.

Branton Paulsrud had a game-high 29 points for Eau Claire Regis (5-1).

Elk Mound plays at Arcadia on Saturday before returning to Dunn-St. Croix action on Tuesday at Elmwood/Plum City.