MADISON — Boyceville’s Trett Joles earned his second WIAA Individual Wrestling State Tournament championship on Saturday evening with a victory over Blair-Taylor’s Logan Shramek in their matchup in Division 3 at 182 pounds in the Kohl Center.

Joles (46-1) scored a pinfall on Shramek near the end of the second period to cap another state championship year after winning the title at 182 in 2019.

“I was pretty good on my feet, a little rough on top,” Joles said of his championship victory. “But that’s how it goes. I came here to win and that’s what I did.”

Joles squared off with Shramek in the championship matchup at 182 at the Northern Badger Wrestling Classic in late December, winning that match with a second-round pinfall as well. But Saturday’s rematch was a closer contest for the Boyceville junior, but still one he came out on top in.

Joles advanced to the finals with a major decision win and pinfall victory on Friday and has been a big part of helping Boyceville become what he believes is a ‘wrestling school’.

“I love Boyceville,” Joles said. “I love the coaches, I love the community. Whether they like it or not our school is a wrestling school.”

Earlier in the championship round Boyceville’s Josiah Berg (36-5) finished second at 120, falling by a 4-3 tiebreaker to Poynette’s Cash Stewart (44-1) in a tightly contested match. Berg picked up a major decision and decision victory on Friday to move into the finals.

“It was a great match, he wrestled a really good match,” Joles said of Berg. “It was unfortunate he didn’t come out on top but I talked with him and told him he had to be alright with it. He said he felt good so as long as he wrestled his best, I said you can’t be disappointed.”

Menomonie’s Sam Skillings overcame a semifinal loss on Friday to finish in third place in Division 1 at 182. Skillings (26-2) was dominant on Saturday, starting the day with a 15-0 technical fall victory over Fort Atkinson’s Thomas Witkins (41-9) before pinning Burlington’s Quade Gehring (42-6) in 37 seconds to cap his prep career with the Mustangs.

Bloomer/Colfax’s Bowen Rothbauer concluded his first trip to the state tournament by taking third place at 152. Rothbauer won both of his consolation matches on Saturday, first defeating Kewaskum’s Braden Maertz (45-5) by a pinfall in the third period.

Rothbauer then avenged a Friday defeat to Lodi’s Colton Nicolay by scoring a 6-1 decision win against Nicolay (38-14) for third place. Nicolay beat Rothbauer by a 3-0 decision in the quarterfinals earlier in the tournament.

When Tyler Werner crossed the finish line it was like a weight had been lifted off his shoulders.

The Red Cedar Speedway in Menomonie passed an important milestone on Wednesday evening as the race track looks to open for the 2020 season. 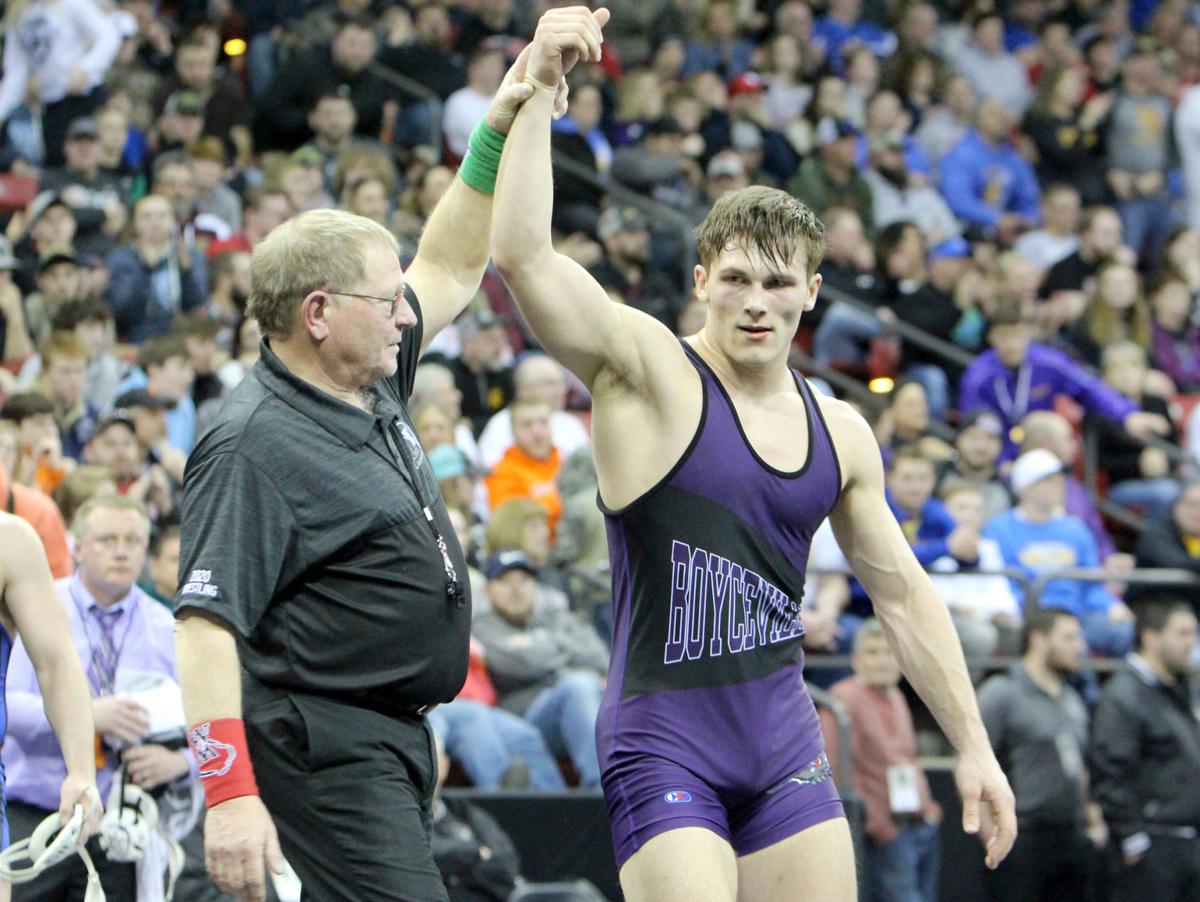 Boyceville's Trett Joles has his hand raised after winning a Division 3 state championship at 182 pounds. 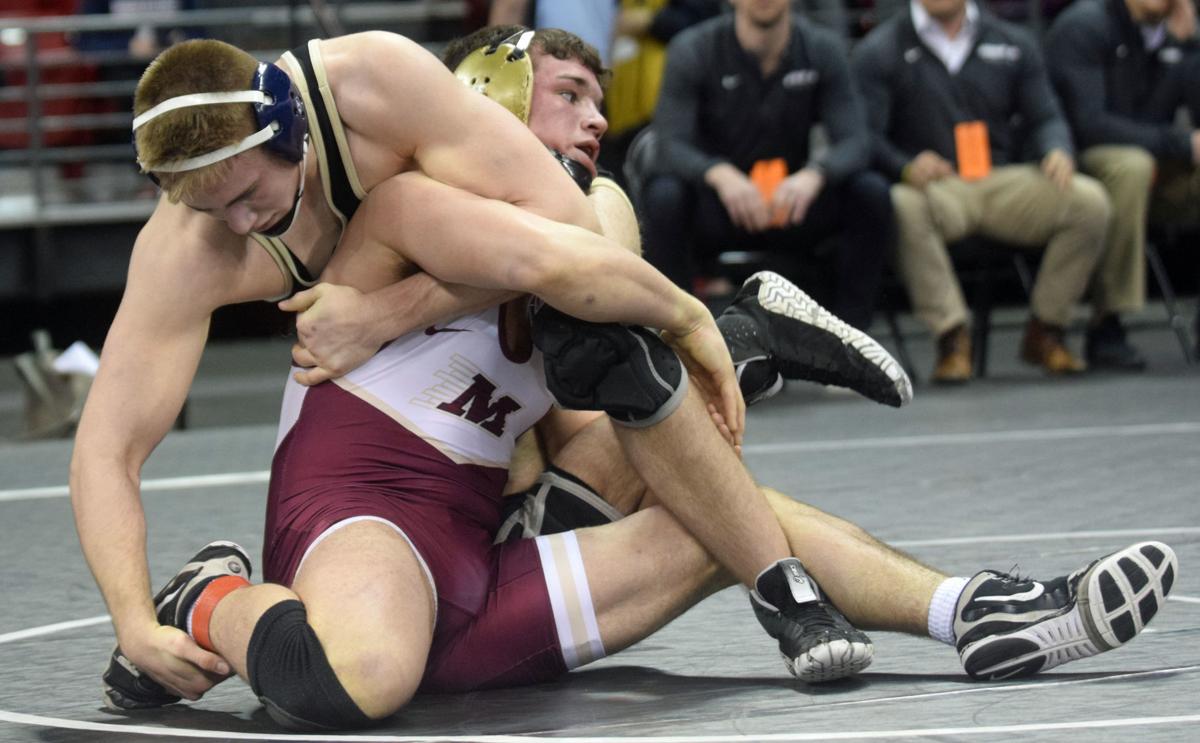 Menomonie senior Sam Skillings tries to power through for a reversal on Baraboo's John Gunderson during a 182-pound semifinal match on Day 2 of the WIAA Division 1 Individual State Tournament on Friday at the Kohl Center in Madison.