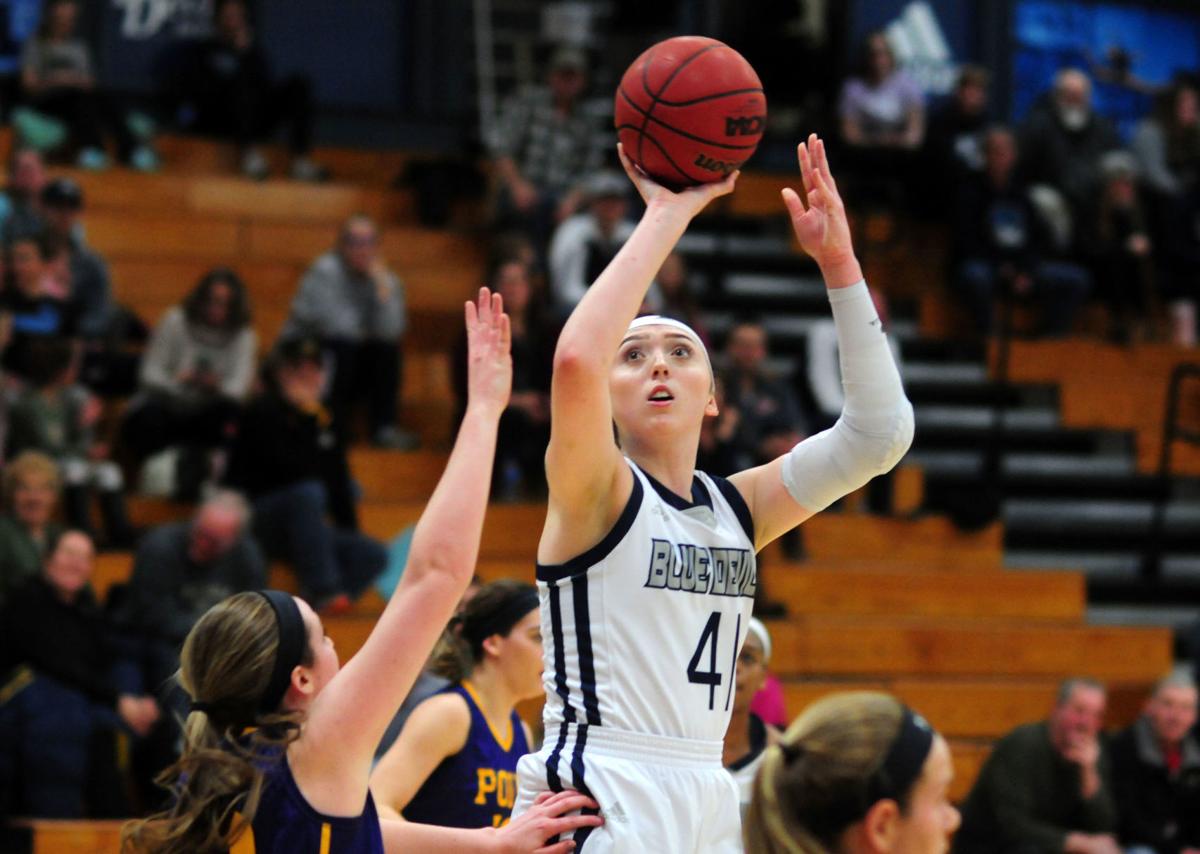 UW-Stout's Amber Fabeck shoots against UW-Stout on Wednesday in Menomonie. 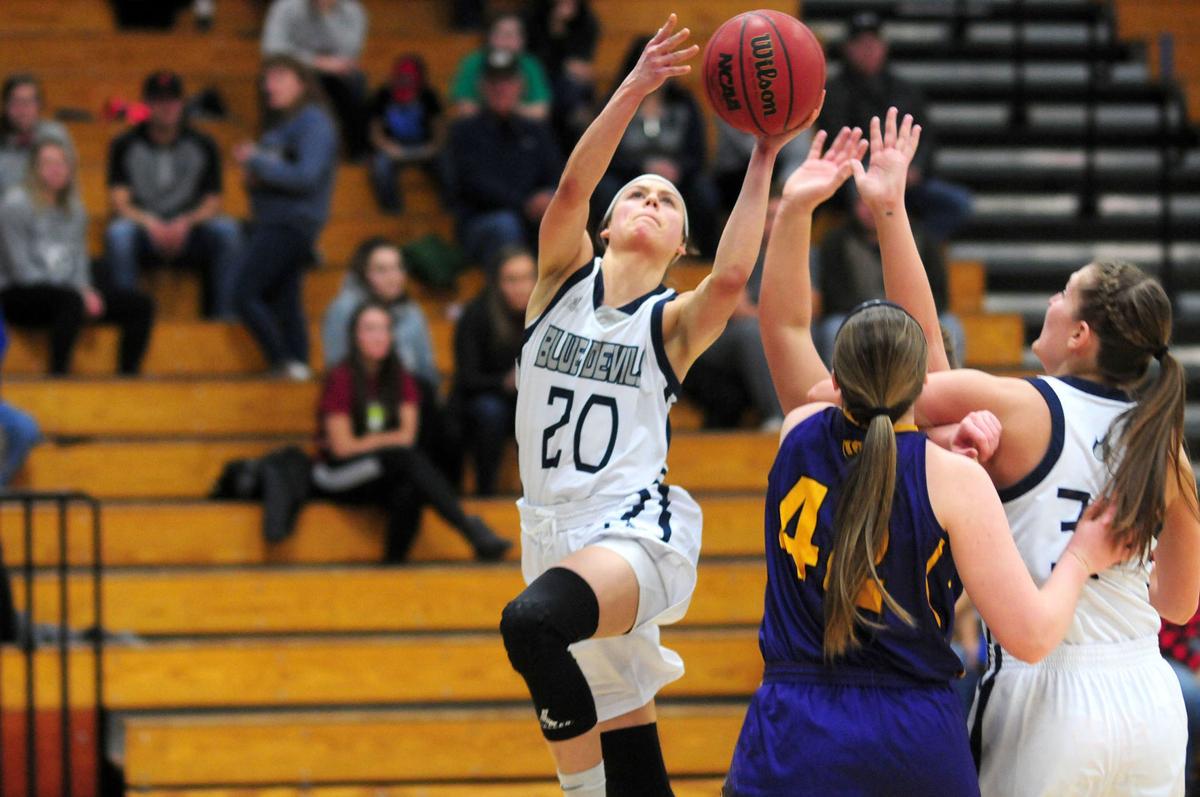 UW-Stout's Bailey Diersen drives to the basket against UW-Stout on Wednesday in Menomonie.

Shannan Watkins was the spark, but Bailey Diersen was the fire to lead UW-Stout to a 78-68 win over UW-Stevens Point, 78-68, Wednesday on Senior Night as the Blue Devils clinched a home playoff berth.

Diersen would finish with a career-high 33 points, but the Blue Devils (17-7, 7-6 WIAC) trailed early in a turnover-filled first quarter, but Watkins came off the bench to give the Blue Devils an offensive and defensive spark, pulling Stout to within 6-4, then dished off the ball to Emily Jacques to tie the score and then hit a bucket to give Stout an 8-6 lead. The Blue Devils would not trail again the rest of the evening. The Blue Devils forced eight first quarter turnovers, but also turned the ball over four times.

Watkins and Diersen each had two steals in the first quarter and each scored six points before the first break to give Stout a 20-10 lead at the end of the quarter.

The Pointers came out firing to start the second half. Carly Cerrato hit a 3-pointer and Kellan Schmidt cut Stout’s lead to 34-32 Diersen hit three straight buckets in a 6-0 run and Stout raced off to a 16-point, 54-38, to end the period.

But the Pointers, who had a nine-game winning streak over the Blue Devils, were looking to put the Blue Devils’ home playoff chances on ice, and cut the lead to as close as four points, 61-57, with four minutes left in the game.

Diersen made a three-point play to stretch the lead to 64-57 and the Blue Devils outscored the Pointers, 17-9 down the stretch.

The win gave Stout their first WIAC playoff berth since the 2015-16 season, a season the Blue Devils’ present seniors were freshmen, and their first home playoff game since the 2013-14 season.

All three Blue Devil seniors had solid nights. Diersen was 12 of 18 from the field and hit 8 of 10 free throws. Diersen also had six steals . Kyncaide Diedrich was one bucket short of her sixth double-double of the season, scoring eight points and pulling down a game-high 11 rebounds to go along with five steals. Carolyn Feddema had seven rebounds and a blocked shot.

Watkins finished the night with 13 points, three steals, one assist and one blocked shot. and Emily Jacques came off the bench for four points and six rebounds.

The Pointers, who beat Stout 77-69 in January at Stevens Point, got 24 points from Carly Cerrato. Kellan Schmidt contributed 18 points and Amber Baehman 12.

Earlier in the day when the NCAA released their second regional ranking, the Blue Devils were ranked ninth the Central Region.

Stout will close the regular season by traveling to UW-La Crosse on Saturday.

At Stevens Point, UW-Stevens Point held UW-Stout scoreless for a seven-minute stretch in the first half and went to defeat the Blue Devils Wednesday at Quandt Fieldhouse.

Stout will conclude the season when they host UW-La Crosse Saturday, Feb. 16 at 3 p.m. for Senior Day.

When the Menomonie girls basketball team's defense needs to string together some stops, it knows how to deliver.

UW-Stout's Amber Fabeck shoots against UW-Stout on Wednesday in Menomonie.

UW-Stout's Bailey Diersen drives to the basket against UW-Stout on Wednesday in Menomonie.