Kaleb Kazmerek, Adam Giljohann, Austin Gjestson and Kevin Leach combined to finish the race in one minute, 42.9 seconds to break the previous record of 1:45.03 set in 1997 as the relay team placed fourth at the meet.

Menomonie finished fourth as a team with a score of 244.5. Eau Claire Memorial/North won the conference team title at 605 to finish ahead of Hudson (534).

The Mustangs have sectionals this weekend in Wisconsin Rapids with diving events on Friday and swimming on Saturday.

At River Falls, the Wildcats pulled away from the Mustangs in a Big Rivers Conference matchup.

Menomonie held a 32-29 advantage at the break before River Falls outscored the Mustangs 45-19 in the second half.

The Mustangs host Holmen in a nonconference game on Tuesday night before a trip to Eau Claire North on Friday.

At Amery, the Mustangs dropped a nonconference game to the Warriors.

The Mustangs fell behind 3-0 in the first period before a goal by Sedric Yukel, assisted by Kaleb Miller and Zach DeMarce, 9:30 into the contest.

Amery had two tallies in the second to takes a 5-1 advantage into the final period.

DeMarce added two goals in the third, with the first off an assist from Miller three minutes into the period and the second with a pass from Clasen Cook on the power play with less than two minutes to play in the game.

Justice Szotkowski made 24 saves for Menomonie.

Jackson Henningsgard had two goals and three assists for Amery (18-5).

Menomonie hosts Black River Falls on Tuesday evening before completing Big Rivers Conference play on Thursday at Rice Lake. The Mustangs received a No. 5 in the Division 2 postseason with the opening round game at No. 4 West Salem/Bangor on Feb. 20.

At Cameron, Sawyer Best and Bowen Rothbauer were the best in their respective weight classes at the Heart O’North Conference championships.

Best improved to 39-1 on the season by winning all of his matches at 132 pounds, starting with a pinfall win before two technical fall wins earned him a conference crown. Rothbauer was victorious at 152 with a pinfall and major decision advancing him to the finals where he bested Saint Croix Falls’ Bennett Bergmann by sudden victory.

Bloomer/Colfax is in Division 2 regional action at Somerset next Saturday.

At Colfax, the Vikings kept pace at the top of the Dunn-St. Croix Conference with a win over the Wolves.

Colfax (11-6, 8-2) remains tied with Durand for first place in the conference.

The Vikings host Mondovi on Thursday.

At Spring Valley, the Mounders were taken down by the Cardinals in a conference contest.

The Mounders (9-7, 7-3) loss moves Elk Mound into a tie for second place with Spring Valley.

At Menomonie the Mustangs fell in a Big Rivers Conference contest to the league-leading Wildcats.

The Mustangs (7-12, 3-8) found themselves down nine at the break but played closer in the second half being outscored by 26-22.

At Amery, the Mounders suffered a nonconference loss to the Warriors.

Tori Blaskowski and Taya Schaefer both had 10 points to lead the Mounders (13-5).

Elk Mound plays at Mondovi on Tuesday night before a trip to Durand on Friday.

Ella Ausman’s goal in overtime was the winner for Chippewa Falls/Menomonie (9-11-2). Joey Schemenauer scored the first goal of the game on an assist from Emelia Bergh and Sidney Polzin on the power play in the first period.

Haley Frank made 39 saves in goal.

The Sabers received a No. 4 seed in the playoffs and will host No. 5 Hayward in the regional finals on Feb. 20. The game will be the first home playoff game for the co-op since 2013. Chippewa Falls/Menomonie defeated the Hurricanes 6-5 on Dec. 17.

The winner will advance to face top-seeded Eau Claire Area in the sectional semifinals on Feb. 25. 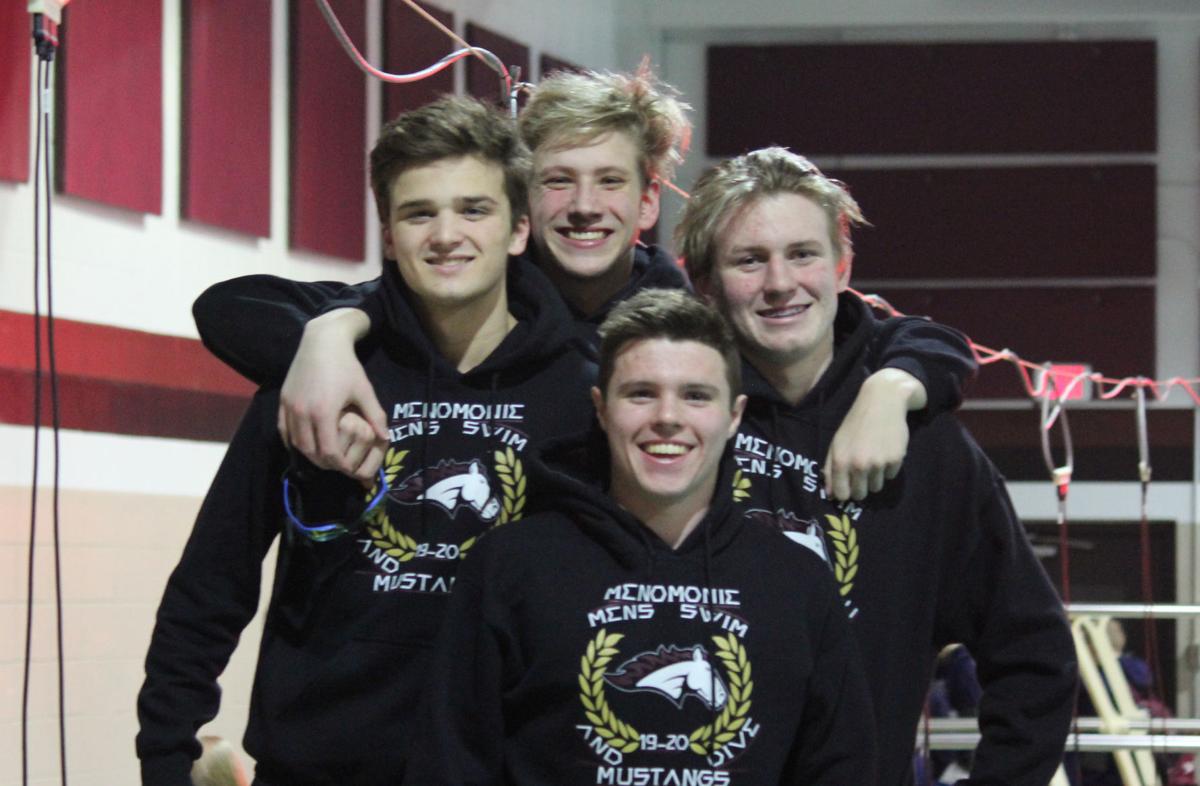 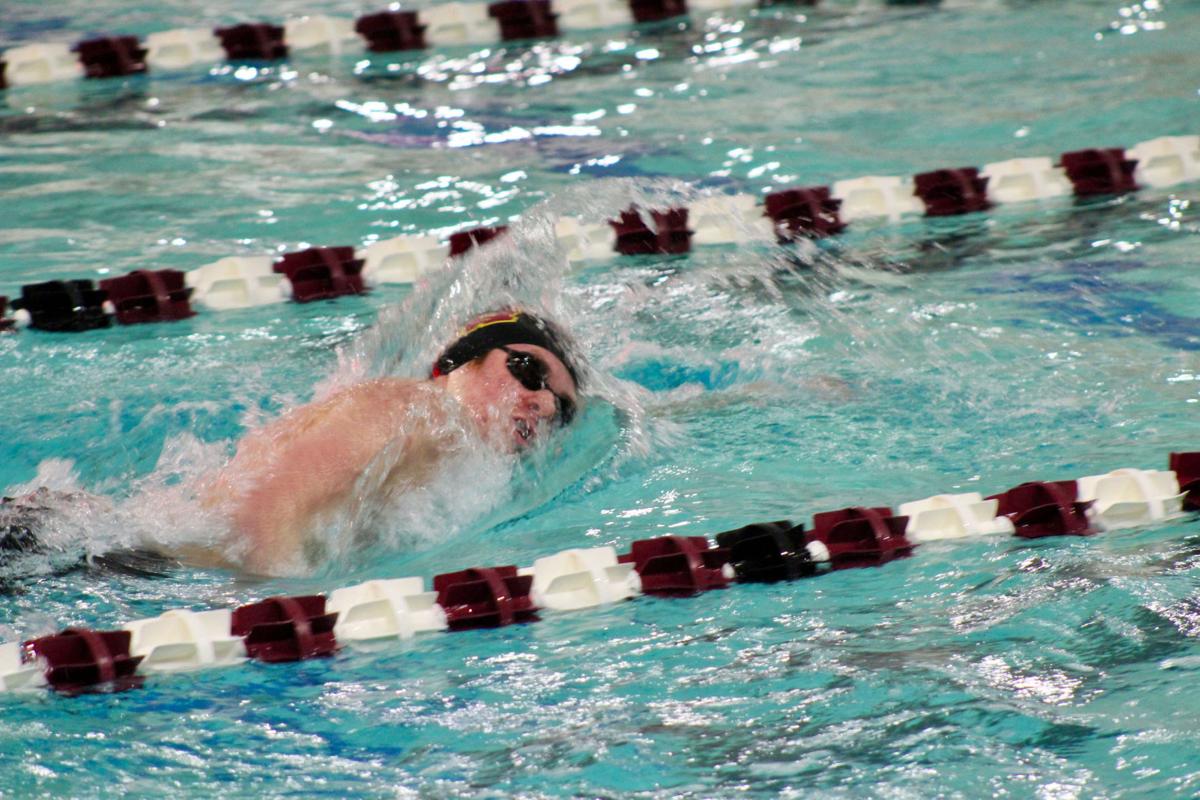 Menomonie's Kevin Leach swam to a second place finish in the 200 freestyle at the Big Rivers Conference championships on Feb. 8 in Menomonie.