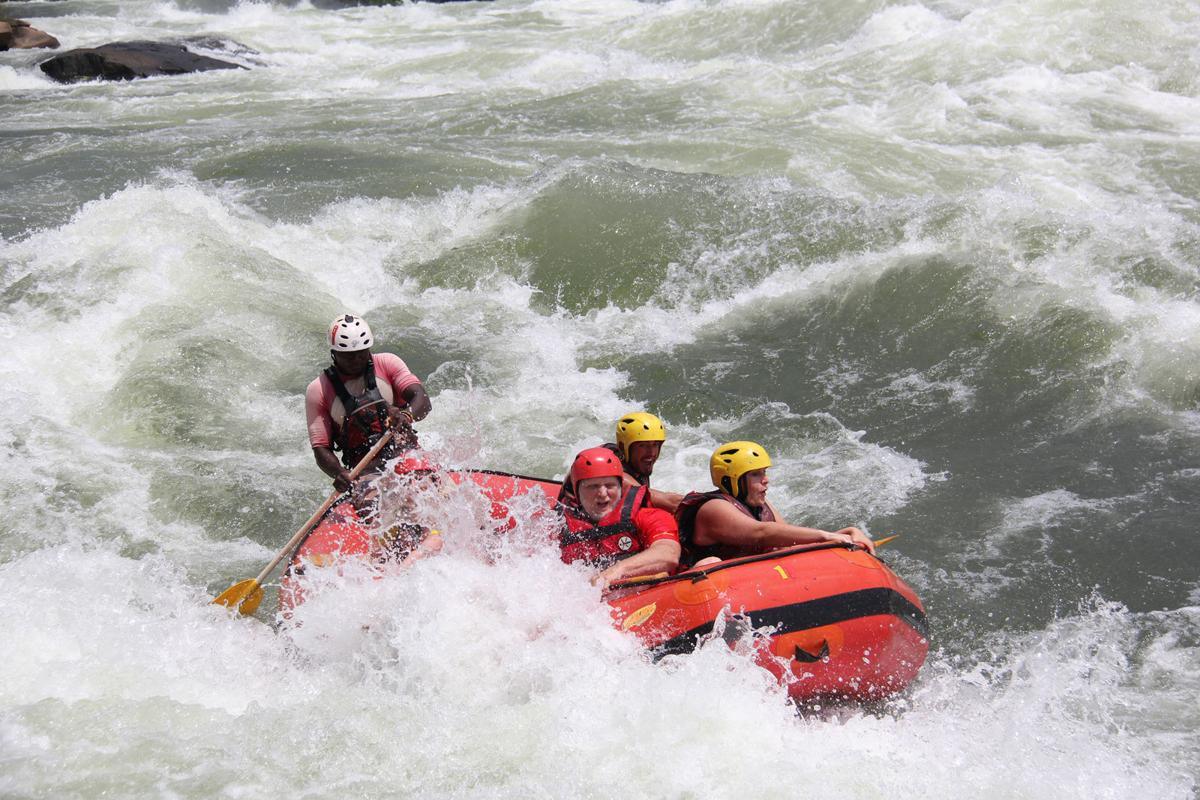 Cook shack (and outdoors) columnist Jim Swanson kicked off his mission trip to Africa accompanied by his daughter, Marissa, with a challenging and exciting whitewater rafting trip on the Nile. 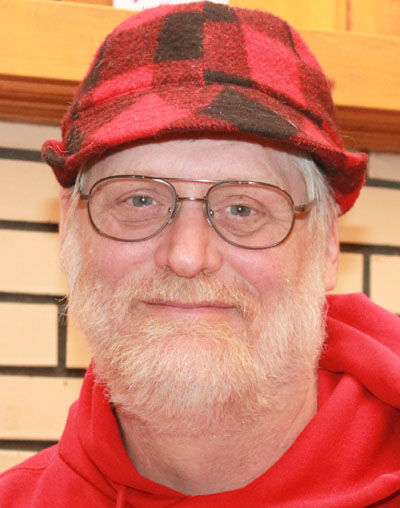 Hallo, Wanyala westa muyudanda.* The origins of this Uganda adventure began two years ago when my daughter, Marissa, called me and said she had a new job working for Arlington Academy of Hope and was moving to Uganda.

Now, my traveling and mission companion Trisha Schaff and I were enduring a series of flight cancellations, delayed departures, late arrivals and missed connections. Trisha and I eventually traveled to Chicago, then Brussels, Istanbul, Kigali and finally Entebbe.

We arrived at our destination half a day later than planned — and with no luggage. After welcoming us to Uganda, Marissa shared the good news that by leaving immediately for Jinja, we could still catch the shuttle to Nile River Explorers to go whitewater rafting on the Nile, while Trisha would go on a horse back safari. We had not slept in 36 hours, but figured that the excitement of the river ride would keep us awake.

Upon arrival at the basecamp, we were issued a life jacket and a helmet and loaded on board an open air bus for the drive to the put-in spot. Another bus with a trailer followed, carrying the rafts, gear and our guides.

Our white water flotilla consisted of three rafts, two of which would carry the clients and a guide. The third raft carried food and water and spare gear. It was piloted by one guide who used 10 foot long oars to guide the craft. In addition, there were two ultimate rafts propelled by kayak paddles which each held one guide and one extreme adventure seeker. Four white water safety kayaks rounded out the flotilla. The men in the kayaks were the most skilled kayakers I have ever seen, and their job was to rescue clients if they went into the drink.

The first hour was spent learning how to raft safely. We had instructions, first on dry land and then in the water above the first rapids. We practiced falling off the raft and how to get back in. We also learned the paddling commands: “Paddle backwards,” “Paddle forward easy,” “Paddle forward Hard!” “Paddle forward HARDER!” and “GET DOWN! HANG ON!”

When our guide, Musa Mutamba, was satisfied with our progress, he had us rehearse what we would be doing for paddling on the first rapids. After we had the routine down, he told us that this rapid ended in a 12-foot water fall. Yes, you read that right — a 12-foot drop in a rubber, inflated raft.

We floated into the current and began paddling. As we bounced through a few waves, we got the command to PADDLE HARDER! (did we ever), then Musa yelled, “GET DOWN!!! HANG ON!!!.” We all GOT DOWN and HUNG ON to the black rope.

The bow of the raft slid out into the void over the waterfall and then suddenly we were plunging straight down the falls. The raft half buried itself into the foamy water at the base of the falls and then popped up to the surface. We were all still in the raft — hanging on — and floating downstream. Many members of the crew let loose some celebratory war whoops.

We watched the second raft descend the waterfalls. When the raft hit the bottom and popped to the surface, one client was not HANGING ON! hard enough and was popped out of the raft. Within 15 seconds, a rescue rope was tossed to him and a safety kayak was on the scene to tow him back to his raft.

Much more to come

As we floated away from the rapids, I was thinking that was the ultimate whitewater rafting experience. Nope. It was just the warm up. Seven more rapids of equal or increasing intensity were to follow.

White water rapids have a 6-point rating scale as follows: 1: easy, you can sleep through it; 2: not difficult, you may have to dodge a few rocks to avoid scratching the boat; 3: difficult, must be skilled as a canoeist or kayaker to run; 4: challenging, lots of big waves, powerful currents and dangerous rocks; 5: Nearly impossible, massive waves, challenging currents and major rocks; 6: Suicidal. Like level 5 on steroids.

All the rapids we were running were in the level 4, 5 and 6 category. My most memorable rapid was a class 6 rapids that descended through a series of ledges and then ended with two current lines coming together to form a massive V shaped, 6-foot, back rolling standing wave.

We hit the wave and slid along its front edge to the point of the V. There the raft began to spin in circles. We were hanging on as hard as humanly possible while walls of water were blasting over the raft. Occasionally, we found an air pocket in the wall of water and gasped a quick breath. Our guide Musa was doing a superstar job of keeping the raft upright while it spun in the current. Suddenly the raft passed through the wall and we were on quiet water again and the adrenaline levels began to lower slightly.

In a class 4 rapids, we chose to run a tricky route and hit it wrong, flipping the raft. I was on the upstream end of the raft and half landed on the guy opposite of me in the raft. The helmet prevented any injuries and he laugh off the extra deep dunking. We soon had the raft righted and clambered back in for the next rapids.

While we were fighting our way through another large back roller, my daughter Marissa got pushed out of the upstream side of the raft. She managed to hang on to the black rope with one hand and the guide also grabbed her. She got back into the raft as soon as we cleared the white water.

Our final rapids was another class five with a major set of standing waves at the bottom, which provided another peak adrenaline rush. We then had a short paddle to the take-out point where Nile River Explorers had a really nice barbecue all ready for us.

I cannot say enough about the amazing skill of all the members of the guide crew. They were doing things in a kayak that I would have never even dreamed were possible. The crew is one of the best in the world, and they want to prove it.

They are training and raising money to travel to Ottawa Canada late this summer to compete in the World Championships of Free Style Kayaking. Good luck to them. To help them make it to the games, visit www.facebook.com/ugandafreestylekayakteam. For more info on rafting, see www.raftafrica.com

After lunch, we were driven to the Nile River Explorers campground where we got to spend the night sleeping in a safari tent which overlooked the great river. While we ate supper, we watched a myriad of African birds flying over the river as a bunch of monkeys were playing about in the trees.

Tomorrow we would be driven to the village of Bumwalukani where our work with Arlington Academy of Hope (www.aahuganda.org) would begin. We will be working in Arlington’s Primary School and their associated health centers.

*“Hello and thank you for coming to Uganda” in the Lugisu language. We were to hear this said many times in the villages.