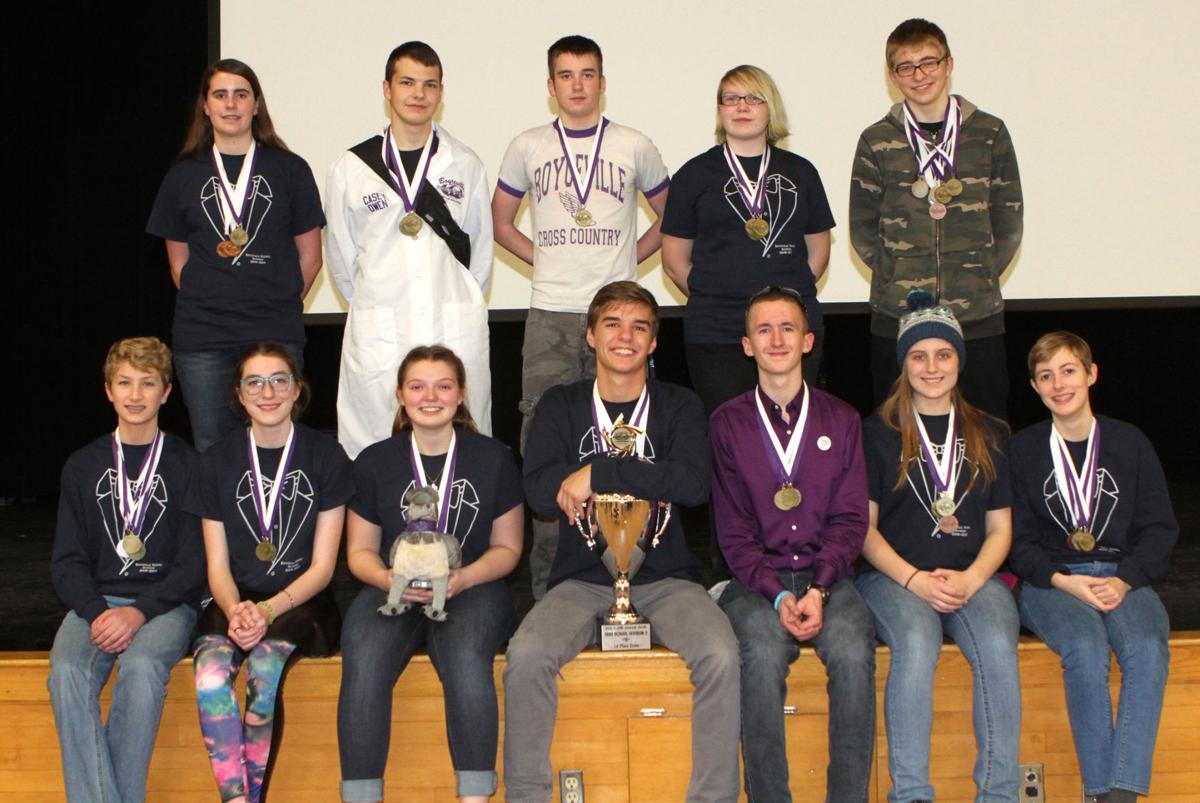 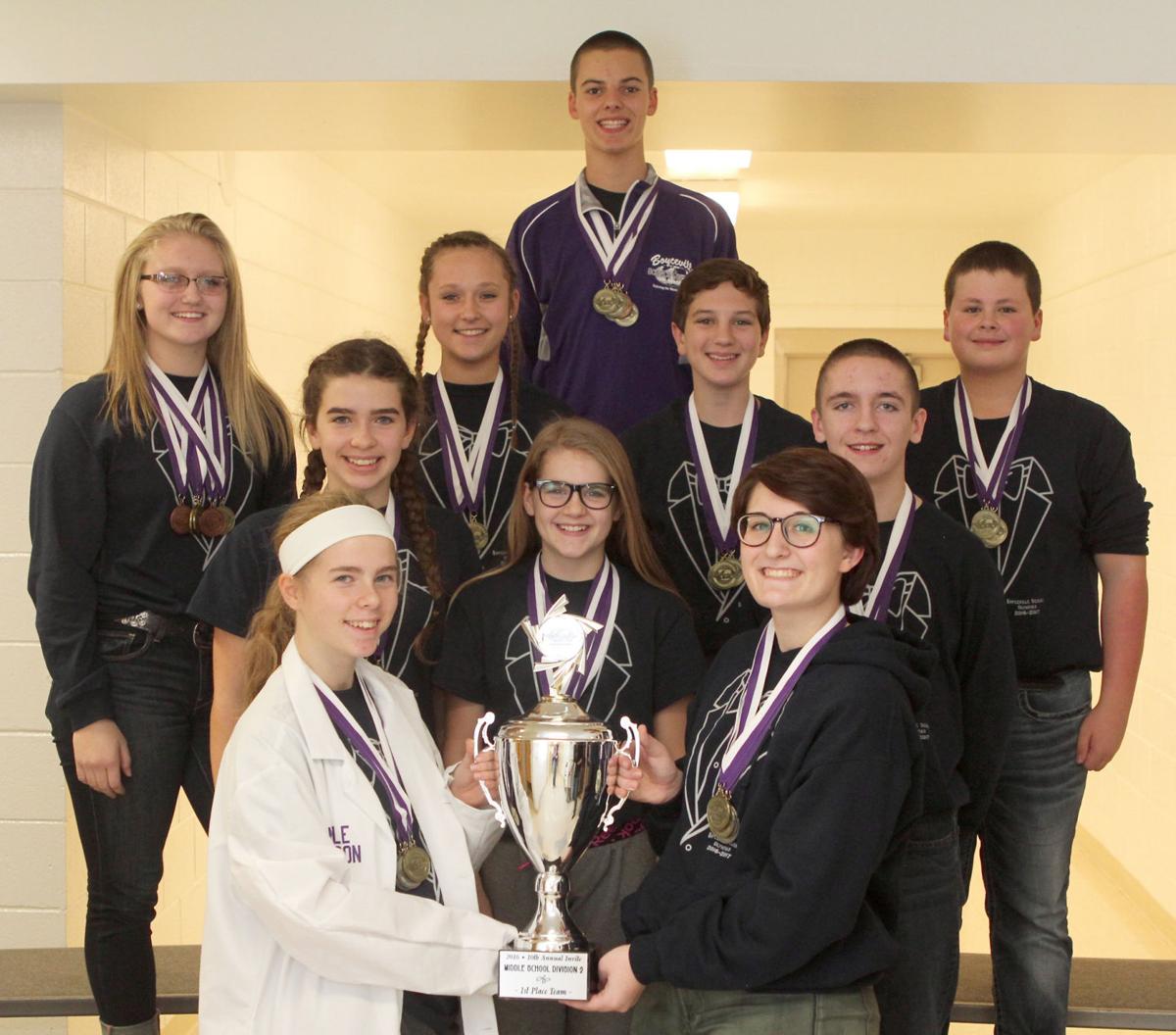 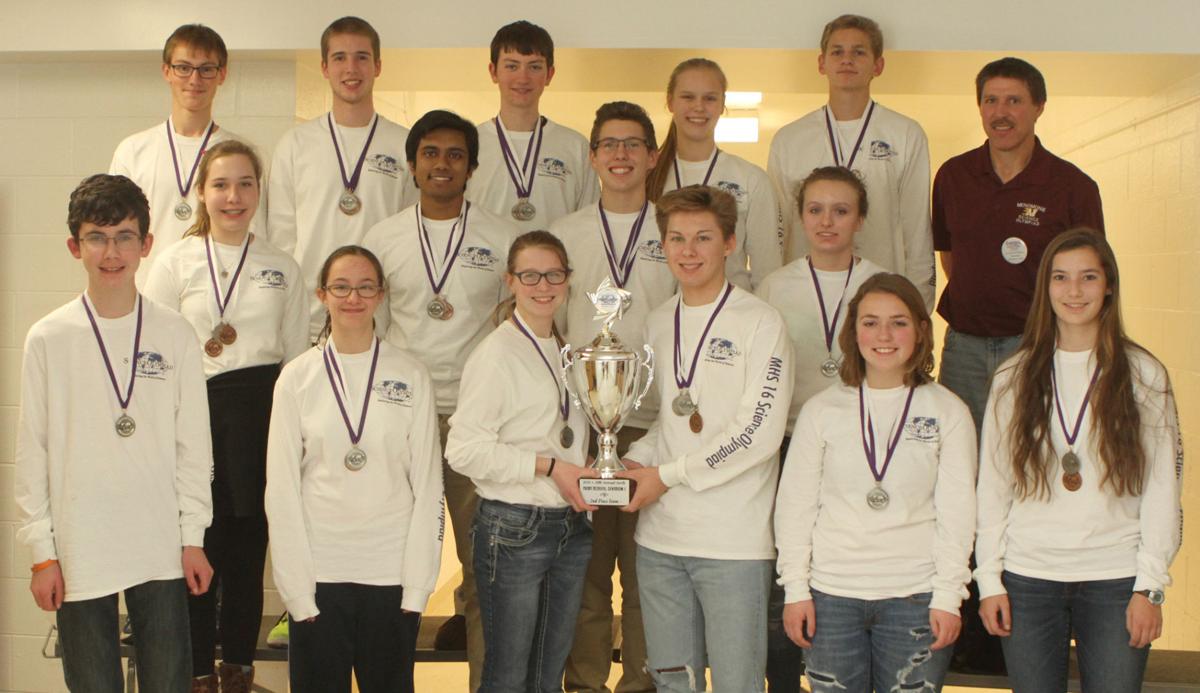 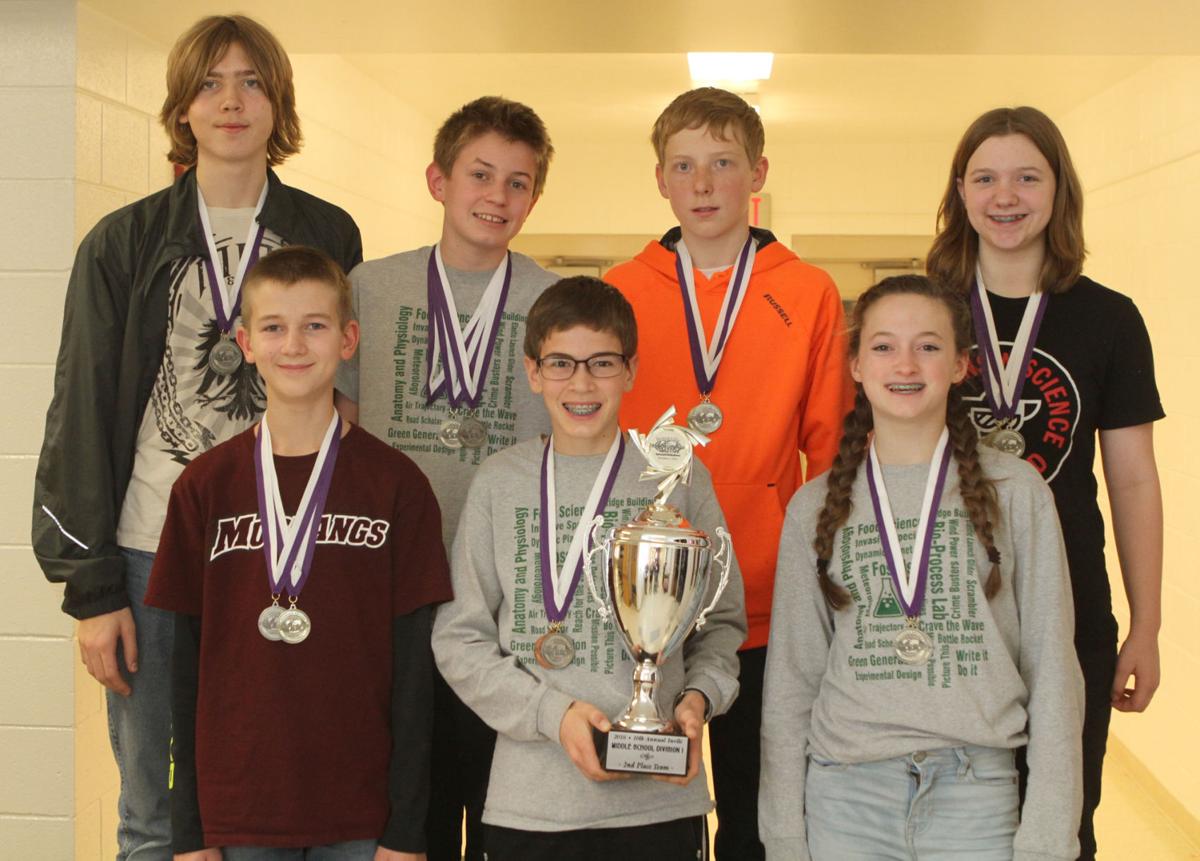 Boyceville’s varsity team was the champion of Division 2 and earned medals in 22 of 28 total events.

Silver medals were earned by Timper and Sarah Kapsner in Anatomy & Physiology, Swanepoel and Engel in both Astronomy and Hydrogeology, Engel and Rian Corr in Electric Vehicle, juniors Mariah Drury and Marissa Dormanen in Invasive Species, and Swanepoel and Windsor in Remote Sensing. Silver medals were also earned by JV team members juniors Brennan Wheeldon and Lauryn Dominick in Hovercraft and Dominick as well as juniors Haley Wold and Mariah Schlottman in Experimental Design.

A bronze medal was earned by Owen and Rian Corr in Optics. Bronze medals were also earned by JV team members Brennan Wheeldon and sophomore Emmett Kapsner in Helicopters, Dominick and junior Rylie Andrews in Invasive Species, and Anderson and Wienke in Wind Power.

Only varsity teams earned a team score (listed by rank, team and score)