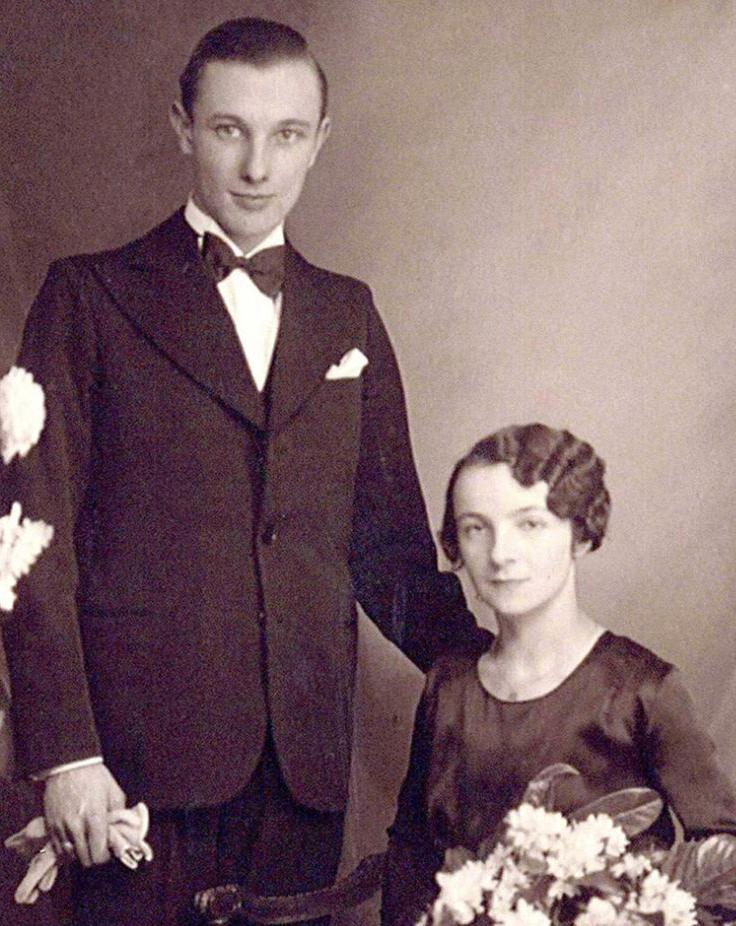 Marcel Heuzé and his bride on their wedding day. His letters to his wife and daughters were found in Stillwater, Minn., and inspired the Marcel Script typeface and a book by Carolyn Porter.

Marcel Script was created by Carolyn Porter based on WWII letters by Frenchman Marcel Heuzé. 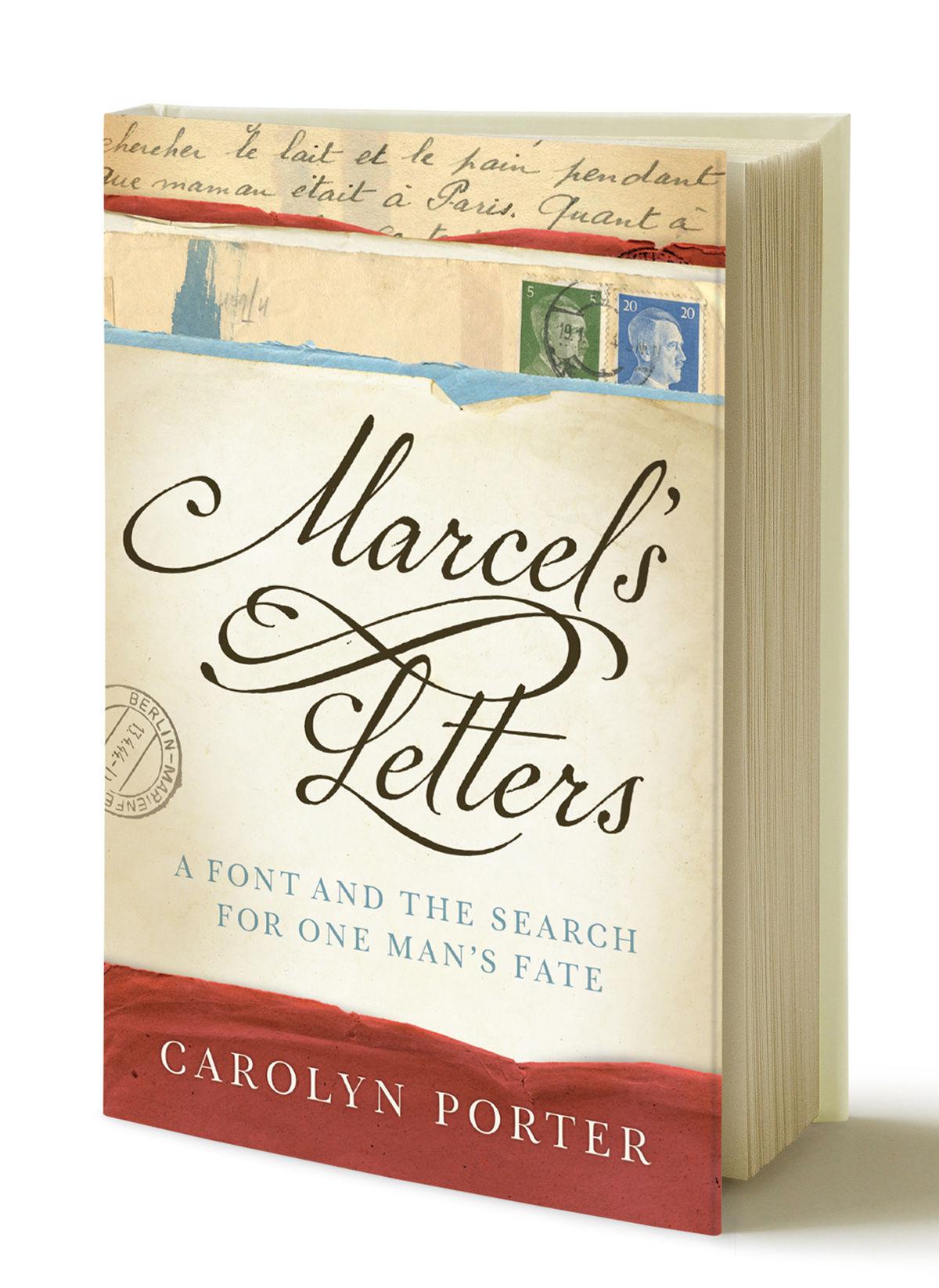 “Marcel’s Letters: A Font and the Search for One Man’s Fate” by UW-Stout alumna Carolyn Porter

Carolyn Porter’s fascination with typography has led to larger achievements than she imagined. She not only designed a font for other designers to use, she has authored a book to share the intriguing story behind its creation.

The creation of Marcel Script became a 12-year labor of love as Porter, a University of Wisconsin-Stout alumna, painstakingly worked on it around running her graphic design business. Her interest in knowing more about the man behind the handwriting upon which the font is based took her on another path, leading to the publication of “Marcel’s Letters: A Font and the Search for One Man’s Fate,” which came out in June.

Handwriting has enthralled Porter since she was young. She became hooked on typography — how type elements fit together and fit the content where they’re used — during graphic design classes at UW-Stout.

After receiving a Bachelor of Fine Arts with a concentration in graphic design in 1991, she worked for several design firms before starting Porterfolio Inc., which provides graphic design and brand strategy services.

While visiting an antique store in Stillwater, Minn., she found a bundle of letters written in beautiful pen-and-ink handwriting in French, signed by a man named Marcel, that had been mailed from Berlin to his family in France during World War II.

Porter, who had hoped someday to create a typeface based on old handwriting, was drawn to the swirls and arches in his writing. She had found her inspiration for creating a font, precise work that requires technical skill and artistry. The font has more than 1,300 characters and complex coding.

“The biggest element is patience,” said Porter, who lives with her husband in White Bear Lake, Minn. “It can take hours and many rounds of revisions to get each letter to look just right. When designing a connected cursive script like Marcel Script, the most difficult thing is to ensure the tiny, sweeping lines between letters result in a smooth connection between every possible letter combination.”

“The whole process that Carolyn went through is a perfect illustration of the role of typography: She felt drawn to the letters and letter forms as objects,” said DeHoff, now retired.

“The paper, style, rhythms and the obvious love and care she saw in how the letters were written. You could say she felt the love that Marcel had put into these letters to his wife. That’s what good typography should do and be.”

In 2014 Porter’s goal was reached when P22 Type Foundry, a company that represents typefaces inspired by art and history, rolled out Marcel Script, which can be purchased and downloaded by computer users.

“Marcel Script is truly a handsome face and versatile within its range. It feels like an ‘old soul.’” DeHoff said.

The font has won numerous awards, including the 2014 New York Type Director’s Club Certificate for Excellence in Typeface Design, a premier international typographic competition. Marcel Script was among 24 winners selected from nearly 200 typefaces from 29 countries.

Meanwhile, Porter had the letters translated. She discovered that the writer, Marcel Heuzé, was a Frenchman who had written them to his family while working in a German labor camp.

In early 1943, Heuzé was one of hundreds of thousands of French citizens deported to Germany as part of the collaborationist Vichy government’s obligatory work service initiative. They filled positions left vacated in factories, farms and mines by German men in the war.

The letters Marcel wrote to his wife and three young daughters contained beautiful expressions of love, like this excerpt:

“My little darling, all I have left to do tonight is to ask you to kiss my little ones very tenderly for me, and Mom also. Your big guy, who loves you, kisses you with all his strength and with all his heart. And now for all of you: lots of kisses and good night from your absent Marcel.”

After obtaining legal approval from the family in 2013 to publish the letters, Porter penned “Marcel’s Letters: A Font and the Search for One Man’s Fate,” published through Skyhorse Publishing of New York City.

In the book, Porter recounts the design of the font, the search for information on why Marcel had been in Berlin, whether he survived to be reunited with his wife and daughters and how the letters ended up in the antique store in Stillwater.

“I ultimately realized each and every letter Marcel wrote was not proof of love — it was proof of life. Each letter could have been his last, which I believe is one reason he lavished his wife and daughters with words of love,” Porter said. “The font is a way for Marcel’s tender words of love and his beautiful handwriting to live on.”

“Marcel’s Letter’s” is available in hardcover and eBook format through Amacon.com, BarnesandNoble.com, Apple’s iBooks and IndieBound.org. For more information, go to www.carolyn-porter.com.

Marcel Heuzé and his bride on their wedding day. His letters to his wife and daughters were found in Stillwater, Minn., and inspired the Marcel Script typeface and a book by Carolyn Porter.

Marcel Script was created by Carolyn Porter based on WWII letters by Frenchman Marcel Heuzé.

“Marcel’s Letters: A Font and the Search for One Man’s Fate” by UW-Stout alumna Carolyn Porter 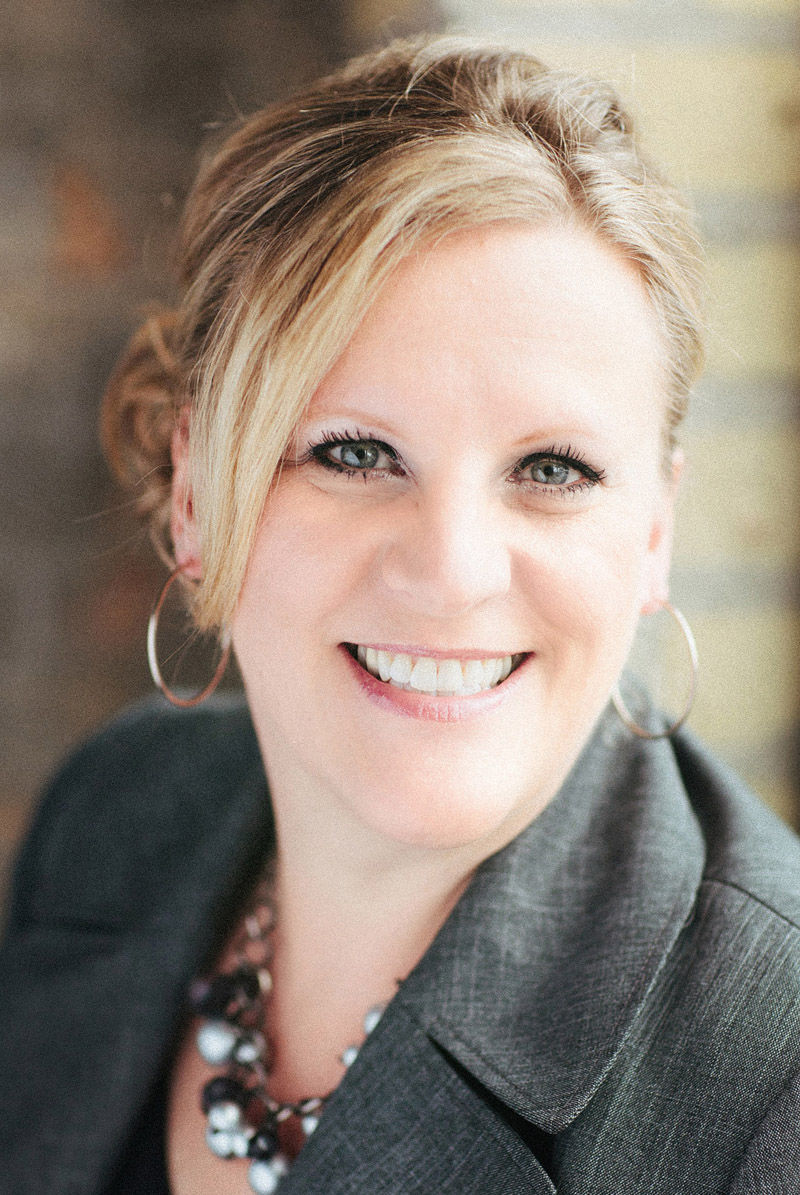