Menomonie, Wis. — It took a village of experts and volunteers in golf operations, hospitality and event planning to help the PGA of America and Hazeltine National Golf Club host the biennial Ryder Cup golf matches in Minnesota in early October.

Right in the middle of that village was an excited and proud group of alumni and students from University of Wisconsin-Stout’s School of Hospitality Leadership, www.uwstout.edu/sohl. Three alumni, one student intern and a group of student volunteers were on duty leading up to and during the event, which has become one of the world’s largest sporting spectacles.

As Hazeltine in Chaska, Minn., was transformed into the golf capital of the world before and during the Sept. 30 to Oct. 2 matches — won in dominating fashion by the U.S. over the Europeans — UW-Stout’s influence could be found throughout.

Joel Schaberg, a 2013 graduate, was an operations manager for the PGA. Adam Chandler, a 2008 graduate, and Andy Smith, a 2011 graduate, are golf professionals at Hazeltine and worked on the grounds. Nicole TenHaken, a sophomore at UW-Stout, worked inside the clubhouse as an intern on Hazeltine’s staff.

Also, a group of about 15 hospitality students were among the 4,000 volunteers during the week. The students, members of the university chapter of the Club Managers Association of America, worked at a food and beverage tent to help raise money for a charity, Tee it Up for the Troops, for disabled veterans.

Joel Schaberg behind the scenes

The Ryder Cup was Schaberg’s second in four years, but this time he saw it from a much different perspective. In 2012 at Medinah Country Club near Chicago, the last time the matches were in the U.S., Schaberg was a student and worked at the event as a “swamper,” or do-anything operations assistant. This time, he worked for the PGA and hired and managed the 30 “swampers.”

“Nothing is really quite like the Ryder Cup. Being behind the scenes was truly impressive,” Schaberg said.

He began working at the tournament site in January preparing for the high-profile teams and 50,000 spectators each day. From June to tournament week, he had just one day off, Labor Day. The week before the event and week of the event, he worked 115 hours a week — about 16½ a day, seven days a week.

“We were working insane hours, but the experience has been awe-inspiring,” said Schaberg, of Lake Elmo, Minn., who earned degrees in golf enterprise management and business administration.

His main duties were overseeing his staff and coordinating the tournament’s infrastructure, such as the corporate tent city, restrooms, miles of fencing and windscreens, grandstands, signage inside the grounds and on highways and working with dozens of vendors and contractors.

“It’s the things you don’t see and making sure everything runs smoothly behind the scenes,” he said.

Schaberg worked at a private golf club in Utah after graduating and then in the construction industry for a year before the PGA hired him for the Ryder Cup.

He will remain at Hazeltine into November, helping tear down and return the club to normal, an 11-month assignment. His position is temporary; he will find out in November if he will remain on staff for 2017 PGA events.

Adam Chandler on the range

Chandler, of Burnsville, Minn., worked at three Twin Cities-area clubs as a golf pro before being hired at the prestigious Hazeltine as the first assistant, fortunately in the year of the Ryder Cup.

He and the club’s other pros handled myriad internal duties leading up to the event, and during the event his job was to oversee the practice range, which had a staff of 12 to 15 workers helping the 24 professionals practice before and after their matches.

“We had to be there at 5:30 in the morning and pick the balls, sort them and clean them. There were nine or 10 different ball types players wanted. We provided a service to the players and the caddies,” said Chandler, who with the other Hazeltine pros was featured in the PGA’s national magazine.

The pro shop at Hazeltine was closed during the Ryder Cup and turned into a VIP lounge.

“To be here and have this on your resume will be a springboard for the future,” said Chandler, who played on the Blue Devil men’s golf team and two years on the men’s basketball team.

Andy Smith inside the ropes

Smith, of Grand Marais, Minn., is in his third year as a seasonal assistant pro at Hazeltine. He played golf for the Blue Devils, earning all-region honors his senior year and playing in three national tournaments.

“It’s a once in a lifetime opportunity to be working at a facility hosting a Ryder Cup. Hopefully this whole experience will be a springboard for my career as well. The contacts we’ve made within our PGA section are huge and within the PGA itself. The people who have come through here have been pretty astounding,” Smith said.

During the tournament, Smith worked for a film crew from Europe, getting exclusive access to special places and events on the course. For example, he was at the European team dinner the night before the matches began.

“It was a really incredible experience to see the players have a fun dinner with their spouses and interacting,” he said, adding that he also witnessed key moments from the intense Rory McIlroy vs. Patrick Reed match the final day and spent many hours following European captain Darren Clarke for a special video diary.

Nicole TenHaken in the clubhouse

TenHaken, of Watertown, is a sophomore in the hotel, restaurant and tourism program. She began working in May at Hazeltine for a Cooperative Education Program experience, which ends in mid-November.

She helped with clubhouse setup, including room, beverage and meal preparation. For example, 700 cases of beverages were stocked two days before the event. All new furniture was brought in for team rooms, and new walls were built to separate the team rooms. A ballroom was set up for 800 guests, including a 60-foot buffet line.

“I made food labels with the ingredients on the back. It was about 300 pages for the buffet for the week,” TenHaken said.

During the event, she worked with players and their families and caddies. “I got to know Matt Kuchar’s, Dustin Johnson’s and Phil Mickelson’s families so well that many hugs were given, and I am able to stay in contact with them. I saw Michael Jordan and Bill Murray. That week, I hit 80 hours, but it never felt like that because of the amazing, energetic, positive atmosphere,” she said.

The European team was much more relaxed, at least initially, TenHaken said, and invited clubhouse workers to dinner with them after the event. “They also left a generous tip as well as apparel for all the employees who worked for them,” she said. 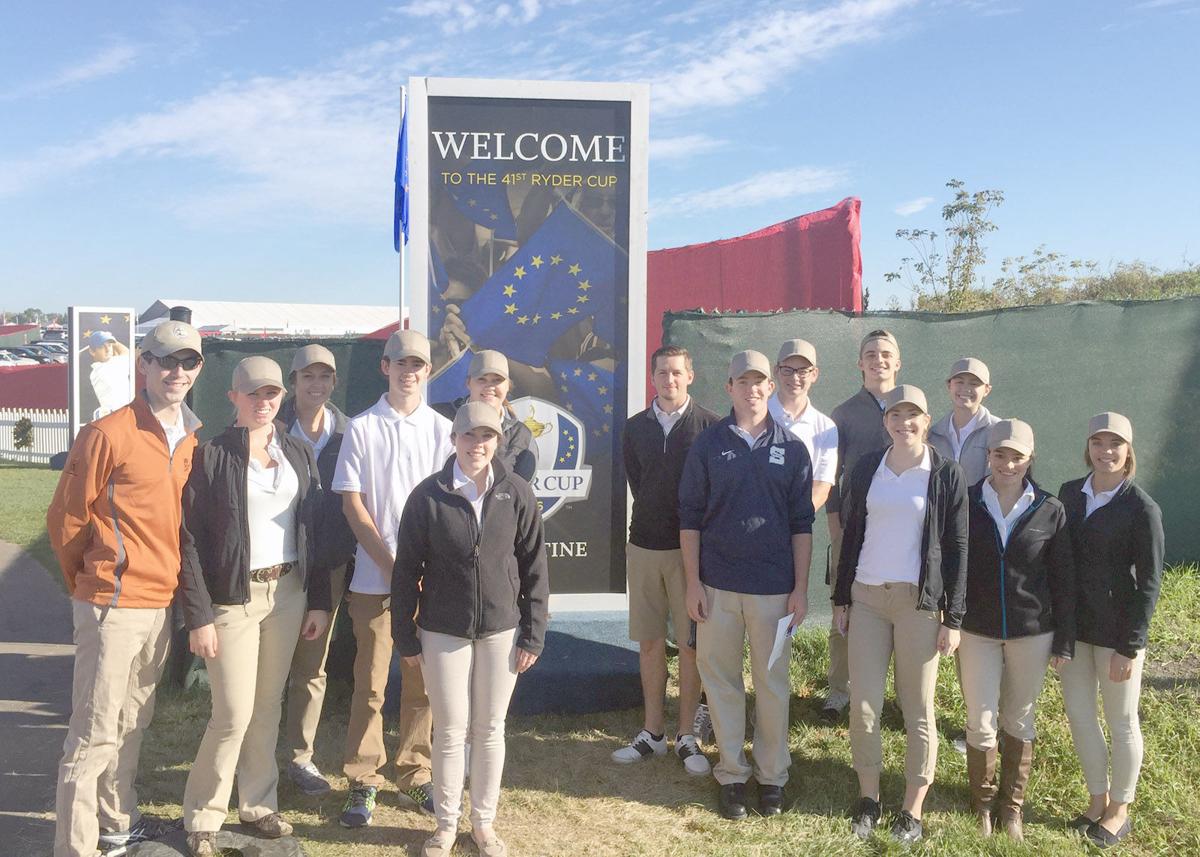 A group of UW-Stout students from the Club Managers Association of America volunteered at the Ryder Cup. 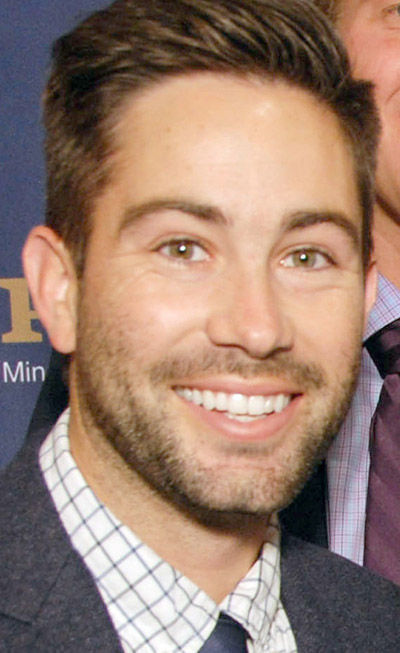 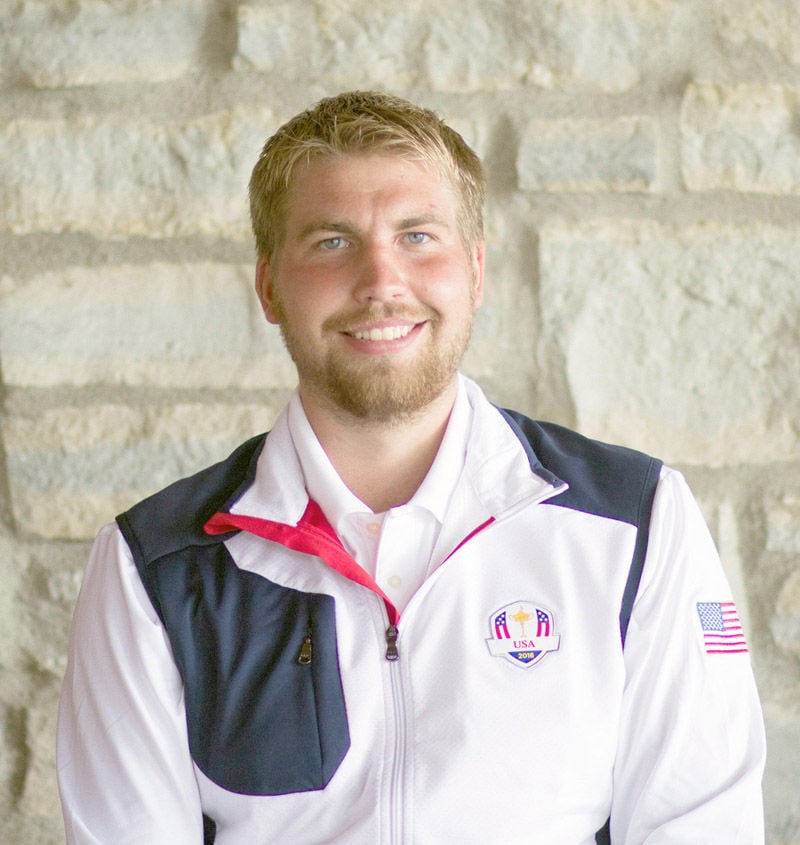