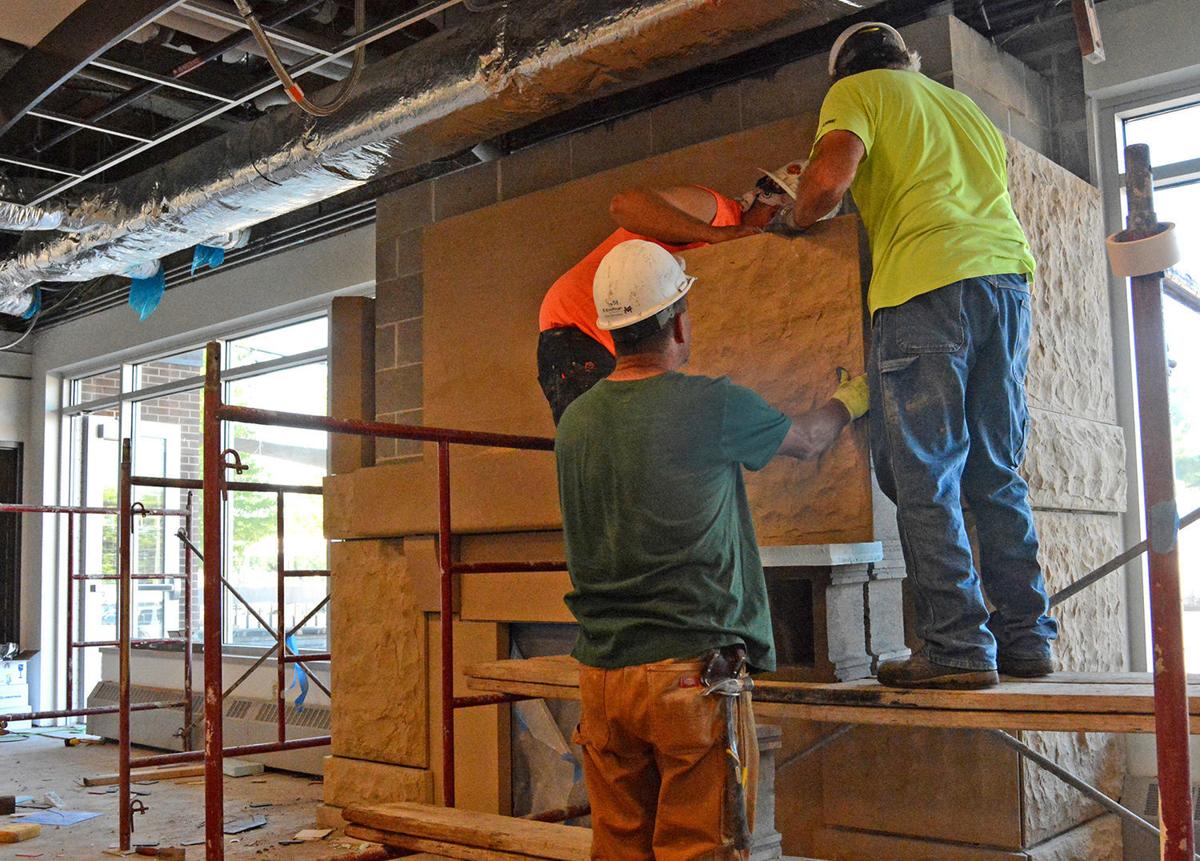 Workers with R.J. Jurowski, of Whitehall, lift pieces of Dunnville sandstone into place for the new fireplace in UW-Stout’s Merle M. Price Commons. 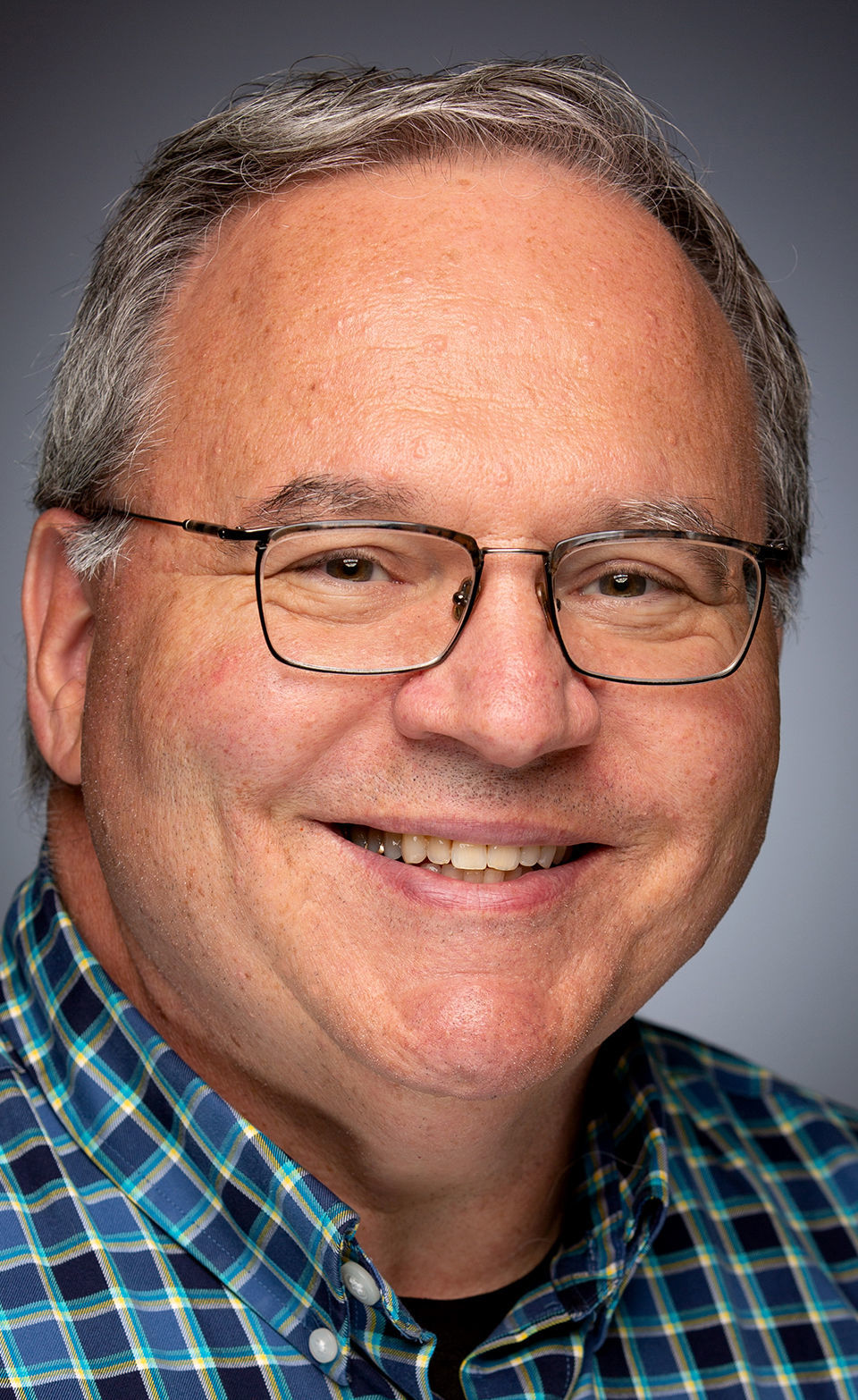 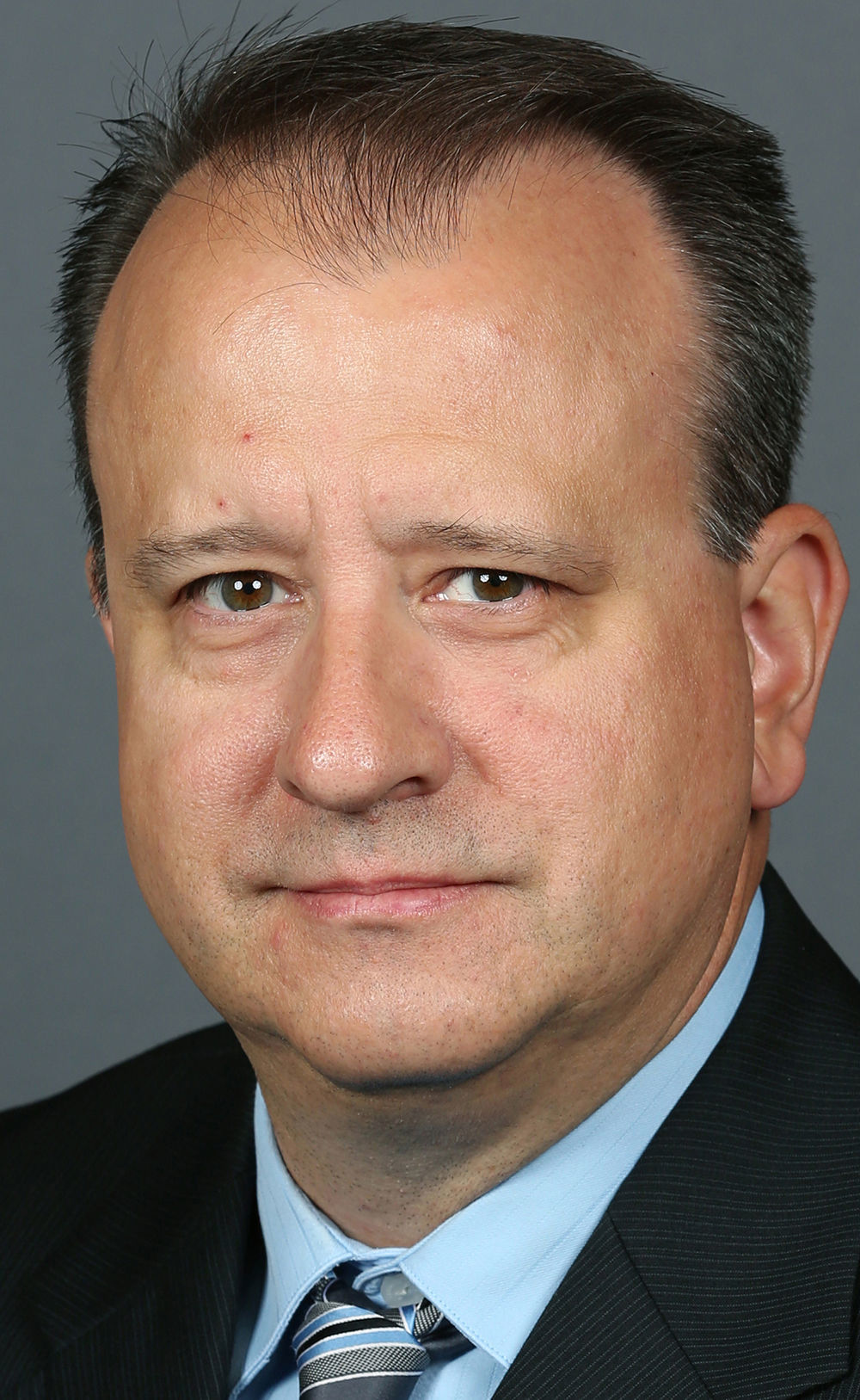 A new fireplace in University of Wisconsin-Stout’s Merle M. Price Commons ties in the history of Dunn County with a gathering place for students.

The 10-foot-6-inch wide by 9-foot-6-inch tall natural gas fireplace is built from Dunnville sandstone, a creamy stone from the Downsville area just south of Menomonie.

The stone is featured on some of the most historic buildings in Dunn County, including the Mabel Tainter Center for the Arts and the Louis Smith Tainter House, which houses the Stout Alumni Association and Stout University Foundation. It also is an accent stone on many UW-Stout buildings, including the Memorial Student Center and Jarvis Hall Addition.

Gary Gust, campus planner, designed the fireplace, which is in the Menomin Lounge of Price Commons. “All the stone is custom cut for the fireplace,” Gust said. “A fireplace becomes a real focal point for a room like this.”

Using stone from the area is also a more sustainable option for the university, Gust said. “We know for students that sustainability is a concern and a big issue for them,” he noted. “Using local materials is sustainable rather than having stone hauled in from the coasts or even Italy.”

Gust said he designed a fireplace that would meet the needs of the people using the space. “I think it turned out well,” he said. “What I’m impressed with by the fireplace is they used large stone pieces.”

Thirty-five sandstone pieces make up the fireplace, weighing in at about four tons. The hearthstone weighs 1,300 pounds.

The fireplace was built by R. J. Jurowski of Whitehall. The blocks were cut by Coldspring out of Cold Spring, Minn. It took workers about a week in August to build the fireplace, moving most of the pieces by hand and mortaring them into place.

Dunnville sandstone was discovered in 1882 by railroad surveyors along the banks of the Red Cedar River. The stone is recognized for its beauty, durability and functionality as a building material.

The Menomin Lounge includes the footprint of the former Sunken Lounge and Glass Lounge in Price Commons.

“The decision was to put a fireplace in the room to have a focal point and to make the lounge warm and inviting,” said Darrin Witucki, UW-Stout director of student centers. “We wanted to make it unique to the area and unique to Stout. Dunnville stone does that for us. It looks stately and beautiful. It is a beautiful stone from this area, and it connects you to the environment.”

The lounge will also have maple and pine wood from a bowling alley that used to be in the Memorial Student Center; it will be used to make four tables, shelving units and counter space. Repurposed wood from the bowling alley is also featured in student center booths and tables.

Menomin Lounge will be open in mid- to late September, with other meeting rooms opening in mid-October. The work is part of an $8.5 million renovation of 19,000 square feet in the building, mostly the first floor and exterior.

Price Commons, built in 1967, also has new windows and sills. The new first floor features refurbished offices for the LGBTQ center, the Qube, which opened in April. There is a new main entrance on the east side as well as expanded entryways on all sides.

“It really is quite the transformation,” Witucki said. “One of our goals was to open it up to natural light. It’s going to be a community space for students in the south campus residence halls.”

In the spring a new patio on the west side will open outside Menomin Lounge, after fencing and furniture are added.

A grand opening for Price Commons and the newly renovated North Hall is planned at 3:30 p.m. on Friday, Oct. 25.