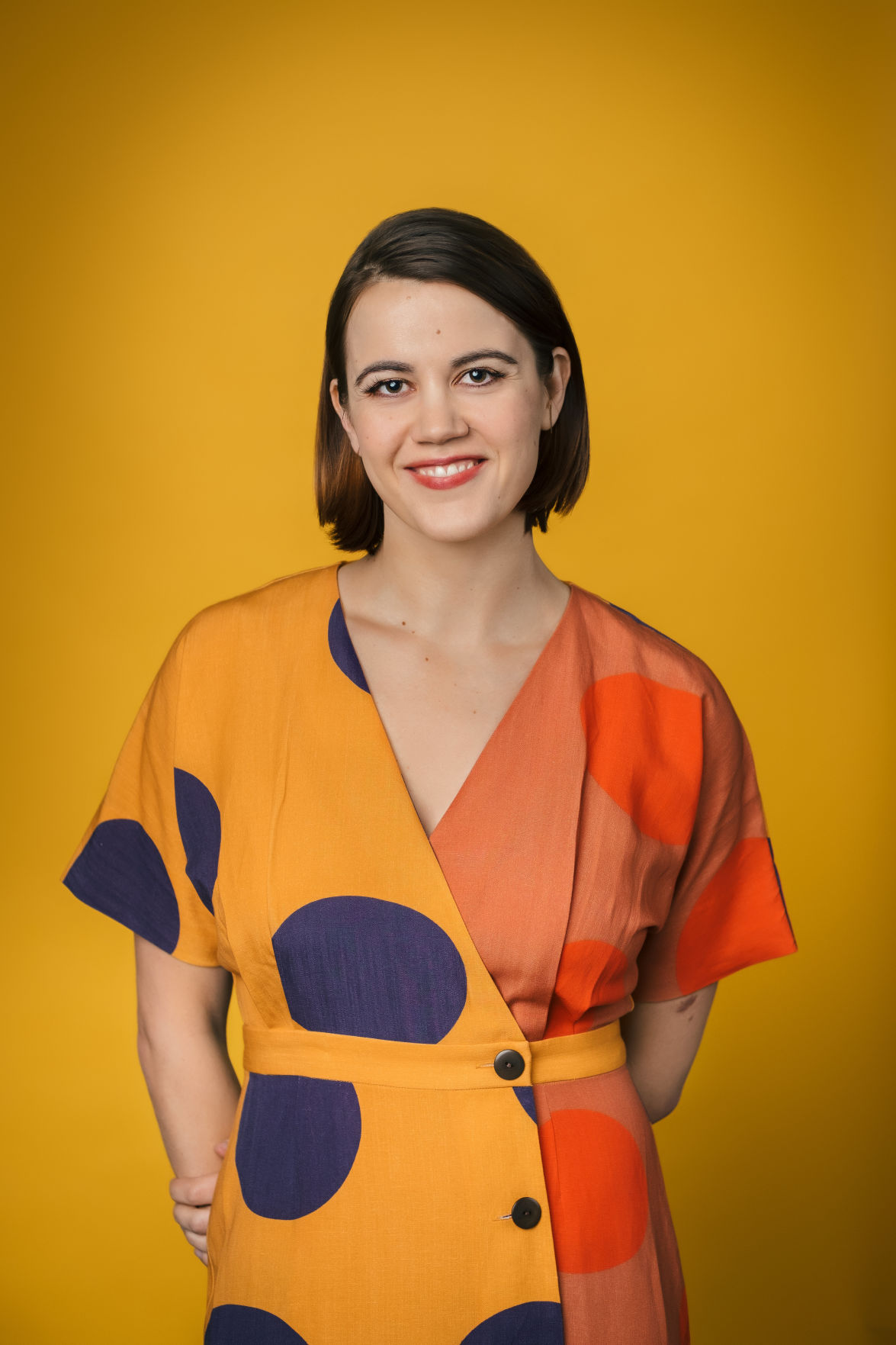 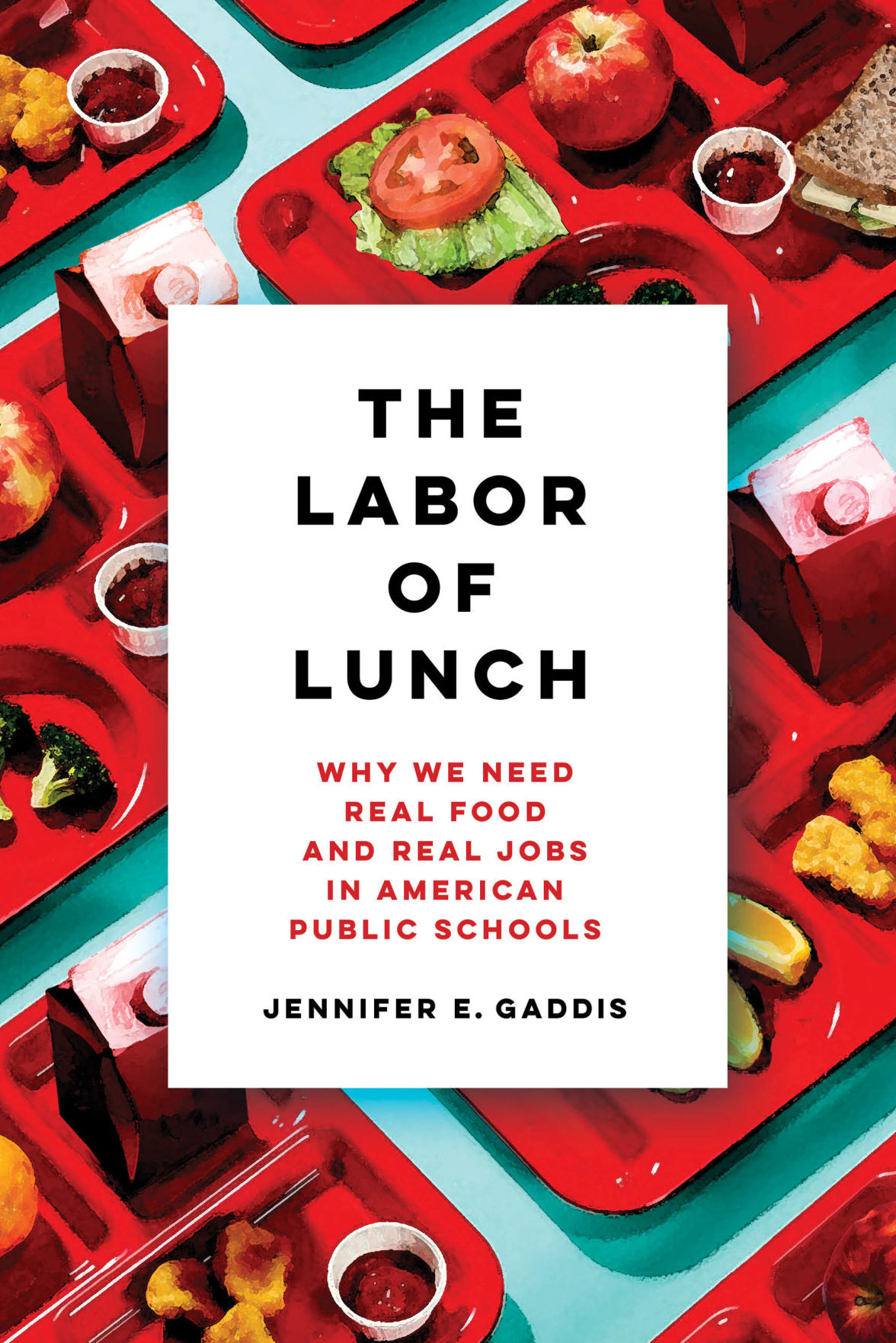 UW-Madison Professor Jennifer Gaddis believes the answer to school lunch reform is, in part, making lunches free for every student and returning to made-from-scratch cooking in cafeterias. She explores these ideas and more in her book, “The Labor of Lunch — Why We Need Real Food and Real Jobs In American Public Schools,” published in November.

Q: Tell me about your background and how you first got interested in the issues surrounding school lunch.

A: My PhD is in environmental studies, so my initial interest was in farm-to-school programs. My family loves to cook and eat food, and I’ve always been a bit of an environmentalist and cared about local economies. I grew up in a middle class family (and) ate school lunch some days and other days brought lunch from home. As a kid I never really knew much about the National School Lunch Program, but I got interested in the history of the program as I started doing fieldwork. I started at one school district and spent three years doing in-depth research in the schools and also at the distribution centers, farms, and factories that supplied the food to the cafeterias. It was really in the kitchens of the cafeterias that I started to realize a lot of the limitations that schools are facing in terms of local sourcing have to do with the fact that they’re not cooking from scratch.

Teaching kindness and gratitude by example

Q: How did the idea for the book come about?

A: It really seemed no one was talking about why we do so little from-scratch cooking (in) American public schools, especially when that’s the norm in a lot of other country’s school lunch programs. That sort of sparked my curiosity and I asked cafeteria workers, especially those who had spent decades working as “lunch ladies,” to tell me about the changes they’d seen during their careers. Some had memories of baking bread from scratch and others told me about the “closet kitchens” where they reheated pre-pack TV dinner-style meals. The shift toward “heat-and-serve” foods like chicken nuggets and French toast sticks, which began in the 1970s, was intended to cut labor costs. This had a lot of unintended consequences, which I discuss in the book. In order to improve the quality of the food, we actually need to invest in the quality of K-12 food service jobs, and I wrote the book to convince people that scratch cooking is the best path forward.

Q: The first part of this book gave an interesting history of school lunch. This seemed to set the tone of the struggles of the institution. Why was it important to give that history?

A: I kind of went back and forth on whether or not to include all this history. The response so far, people who worked in food service, they found the historical part to be really valuable. Activists and parents, they tend to like chapters about the present and what reform initiatives we can take. I think a lot of the issues we experience today have actually been with us since the first “penny lunch” programs were created in the 1890s. A lot of these non-profit school lunch programs had a hard time getting funding. In some ways we’re still having the very same debates today about whether feeding children at school should be a public or private responsibility. To me it’s important to highlight the radical roots of school lunch and to tell the story of people organizing together to create a new way to collectively care for children.

Q: In addition to school lunch and its history, the book is about women laborers and gender equality. Do you think people understand how connected these issues are with school lunch?

A: No. Over 90% of school cafeteria workers are women and once you kind of look at the industry, it becomes really obvious. We have these broader conversations about how teachers and child care workers and home health care workers are all positions that are valuable to society, but pretty low paid relative to other kinds of jobs. K-12 cafeteria workers are in the same boat, working part-time hours for low-wages. For all the attention that policymakers and nonprofits have given to school food in recent years, very few reform efforts explicitly invest in labor.

Q: How do the issues surrounding school lunch relate to other community issues?

A: Currently there are about 30 million kids, mostly from lower income families, who participate in the National School Lunch Program. So when you think about food justice, schools are a great place to make a community investment. The scale is so much bigger than farmers’ markets and Community Supported Agriculture ... and the benefits of improving school food quality, investing in labor, and purchasing local food really help out working class families.

Q: With all the advances in food quality and preparation, do you feel that from scratch cooking still is crucial to a healthy school lunch system?

A: Cooking from scratch gives schools more control over what’s in the food they serve. School districts that cook from scratch are able to remove what folks in the industry refer to as “ingredients of concern” ... artificial colors, flavors, preservatives, flavor enhancers, nitrates, artificial sweeteners. Some manufacturers sell clean-label foods to K-12 schools, but these premium products often cost more than conventional products.

Q: What are the benefits of cooking from scratch?

A: Cooking from scratch makes it easier for schools to remove ingredients of concern and enables them to do more with local sourcing, especially in the Midwest with our growing season. It also provides more full-time jobs and career mobility for cafeteria workers and opens up possibilities for serving more culturally appropriate meals in schools.

Q: I enjoyed the pictures throughout the book. Were they hard to find?

A: Some of them were really easy because they came from schools or labor unions that I’d partnered with during my fieldwork. The historical photos were harder to find and most came from my own research, (including in) the Child Nutrition Archives.

Q: One aspect the book discusses is the idea of school lunch being free for all students. Is this something you feel strongly about? Is that an answer to the school lunch program?

A: I think it’s one of the things we need to do, but that alone won’t solve the problem. In school districts that are offering free meals to all children ... one of the things we’re seeing is that (free access to school lunch) doesn’t immediately solve the participation problem. To get the 20 million eligible children who currently opt out of the National School Lunch Program to opt-in, we need to increase the quality of the food and improve the reputation of school lunch. There’s definitely a fair number of parents that feel they can provide better meals for their kids, so we need to figure out how to make school lunch the best choice for everyone in order to really maximize the public value of the program.

Obreht's latest is a 'ghost story' with a classic Western twist

Q: In the book’s conclusion you say: “It’s time to reclaim school lunch as a feminist issue, as one piece of a broader agenda to reorganize the economy and social policy to support care.” How do you feel this will be accomplished? Should it be a presidential issue — talked about on that scale?

A: School lunch reform is at the intersection of a lot of different things we care about including public health, jobs, the environment, and social justice. Whether for low-wages in a school kitchen or for no wages at home, women are the ones who do the majority of the work to feed children. Their work is tremendously valuable and we need to fight for a school lunch program that delivers better quality jobs for workers in schools and more leisure time for parents at home.

In Jim Carrey's new semi-autobiographical novel, "Memoirs and Misinformation," there are flying saucers and a fire-bombing on Rodeo Drive, apocalyptic fires devouring Malibu and a mega-budget Hungry Hungry Hippos movie written by Kenneth Lonergan. One moment, "Carrey" dreams of strangling his late mother; the next, he pines for Renee Zellweger ("his last great love") and challenges Nicolas ...

Meet the university professor who turned writing letters of recommendation into a humorous, bestselling novel

SEATTLE - Writing constant letters of recommendation goes with the territory of being a university faculty member. Julie Schumacher, who teaches creative writing at the University of Minnesota, took that task to a new level: She made a novel from it. "Dear Committee Members" is entirely made up of letters of recommendation written by Jason Fitger, a much put-upon professor of creative writing ...

In the age of COVID-19, Minn. author looks to 'poetry therapy' to soothe the soul

MINNEAPOLIS - When the coronavirus pandemic hit, Geri Chavis knew what would help soothe her soul and those of the people she loves: Poems. Chavis, professor emerita at St. Catherine University, is past president of the National Association for Poetry Therapy, which has for decades promoted poetry for healing and growth. She is the author of three books, including "Poetry and Story Therapy: ...

PHILADELPHIA - Ron Sider started with a laugh and a prayer. "Lord have mercy," he replied with a chuckle when Clout asked why it was necessary to compile a collection of essays in a book titled "The Spiritual Danger of Donald Trump: 30 Evangelicals on Justice, Truth and Moral Integrity." Sider is an emeritus professor of theology, holistic ministry, and public policy at Palmer Theological ...

"In the Land of Good Living: A Journey to the Heart of Florida" by Kent Russell; Knopf (320 pages, $26.95) ___ In the ominous fall of 2016, writer Kent Russell and two friends set out to walk across Florida. Young men whose lives have hit various potholes, they're looking for adventure and escape, but in some artful form. They take inspiration from former Florida Gov. Lawton Chiles, who in ...

These are Carl Reiner's biggest movies and tv shows

Movies in a Minute: 'Irresistible'

Movies in a Minute: 'Irresistible'