If the movie world were still on its axis, Wes Anderson’s “The French Dispatch” would have debuted at the Cannes Film Festival, which was supposed to begin May 12. That’s not happening, obviously. “Dispatch,” featuring the all-starriest of Anderson’s all-star casts (Frances McDormand, Saoirse Ronan, Tilda Swinton, Timothée Chalamet, Elisabeth Moss, Bill Murray), has been delayed until the fall. Those who see their 32-ounce Diet Coke cup as half-empty probably wonder if movie theaters will reopen in time for its rescheduled date.

Meanwhile, we do have a laugh-out-loud trailer for “Dispatch,” which ends on a funny camera move, as well as a couple of decades of streamable comedies from the brainy-but-silly writer-director.

Anderson, whose childhood regard for Roald Dahl’s warped tales resulted in his adaptation of “The Fantastic Mr. Fox,” says autobiography creeps into his work. Not that you’re likely to spot those details. His ornate vision (Wallpaper! The Futura typeface! Fussy manners! Squabbling siblings!) is instantly identifiable as Anderson’s without revealing anything about him, to the extent that it would be easier to imagine his films as the work of a fussbudget Brit in his 70s than a Texas native in his 50s.

Combining a children’s book sensibility with a highly developed visual style and wordy, faux-sophisticated dialogue that makes his characters sound like refugees from a J.D. Salinger novel, Anderson has become Andersonier with each movie. The deadpan humor of his debut, “Bottle Rocket” (written, like most of his screenplays, with his college roommate, actor Owen Wilson), carries through Anderson’s work, but its wide-open setting does not jibe with subsequent movies, which always feature symmetrical compositions, characters conversing while looking straight into the camera, an obsessive collector’s love of fonts and a pink/orange/chartreuse palette.

Anderson’s movies can be a lot. To my mind, “The Darjeeling Limited” is exhausting and “The Life Aquatic” isn’t funny, but there’s so much going on in those movies that they’re never boring.

Once asked if he’d be interested in directing a Bond film or a big musical, Anderson said he occasionally gets nibbles but prefers to do his own thing. As these seven available-for-streaming movies demonstrate, his own thing is often an excellent thing.

It may have more visual jokes than any other Anderson movie: a pingpong game viewed through a doorway so we can see the ball going back and forth but not the players; a camera that pivots on an axis to show us three perfectly centered tableaux; a scene in which a boy claims one can quench one’s thirst by sucking on a rock, which he demonstrates by pulling a rock out of a clear stream of delicious-looking water that he doesn’t even notice. It’s Anderson’s usual Fabergé egg contraption, but the adolescent love story is moving, as is a performance of Benjamin Britten’s lovely “Songs From Friday Afternoons.”

I’ve always thought the titular joke seemed too obvious for Anderson, but the movie, with maybe the most elaborate escape yet, is so eccentric that a pun about loving dogs may be just what it needed. Anderson’s second foray into stop-motion animation, after “Mr. Fox,” welcomes Yoko Ono and Greta Gerwig into the Anderson ensemble company, but trigger warning: A viral epidemic is a major plot point.

Anderson describes his movies as “five degrees removed from reality,” but I’m not sure I agree. Yes, they’re set-decorated within an inch of their lives, the characters do crazy things and the fictitious lands (like the one in “Budapest,” which is not Hungary) are fantastical. But the characters always feel real. Think of Ralph Fiennes as a concierge who saves the world. The cast is jam-packed but kind; short-tempered Fiennes gives one of the best comic performances of all time.

This family comedy is the one where Oscar winners (Gwyneth Paltrow, Anjelica Huston) jumped on board. Part of the fun is watching actors who aren’t always allowed to show much range reveal something new when they slide into Anderson’s trademarked blank, seemingly emotionless, delivery of dialogue.

Anderson loves an escape plan, even more so if it involves intricate maps. His microbudget debut, which introduced acting brothers Owen and Luke Wilson and somehow also features James Caan, has two escapes, one from a hospital and one from a prison. Fun fact: It’s the only Anderson feature without Murray, but he was the first choice for the Caan part.

Remember when Jason Schwartzman was suddenly everywhere? This movie, where he’s a bratty, articulate boarding school student, is the reason. It pulls off the neat trick of creating a romantic triangle in which we want things to work out for everyone (Schwartzman and a tycoon played by Bill Murray both fall for Olivia Williams’ teacher). Keep your eyes peeled for future “Gilmore Girl” Alexis Bledel, an extra. Incidentally, Schwartzman will be back in “French Dispatch,” which he also co-wrote.

Anderson’s quirky characters seem most human when they’re animals. Maybe because we look more closely at behaviors with which we identify in creatures that we don’t? Here, a fox (George Clooney is the voice) vows to give up his life of crime when he marries (Meryl Streep, exasperated and droll). The characters may live in the wild, but their dens are as meticulously designed as Anderson’s hotel or train sets, and like their counterparts in “Budapest” and “Darjeeling,” they love to plan heists.

What's coming and going from Hulu in June 2020

"Love, Victor," "'We Are Freestyle Love Supreme," "Taste the Nation" and more arrive this month.

AMC Theatres has 'substantial doubt' it can stay in business

AMC Theatres, the world's biggest movie theater chain, says it has "substantial doubt" it can stay in business after closing locations in the virus pandemic.

Missing Summer Blockbuster season? Check out '... Just to be Nominated,' our movie podcast

This week the hosts of our movies podcast, '...Just to be Nominated,' are talking about some of their favorite summer blockbusters. 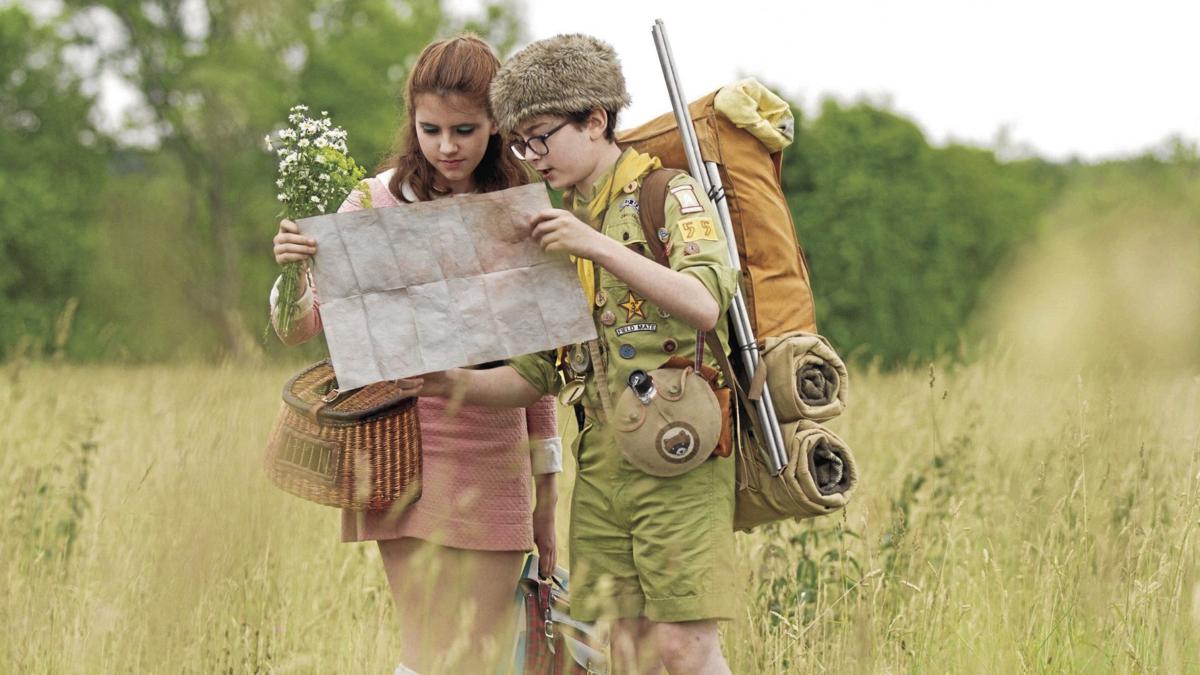 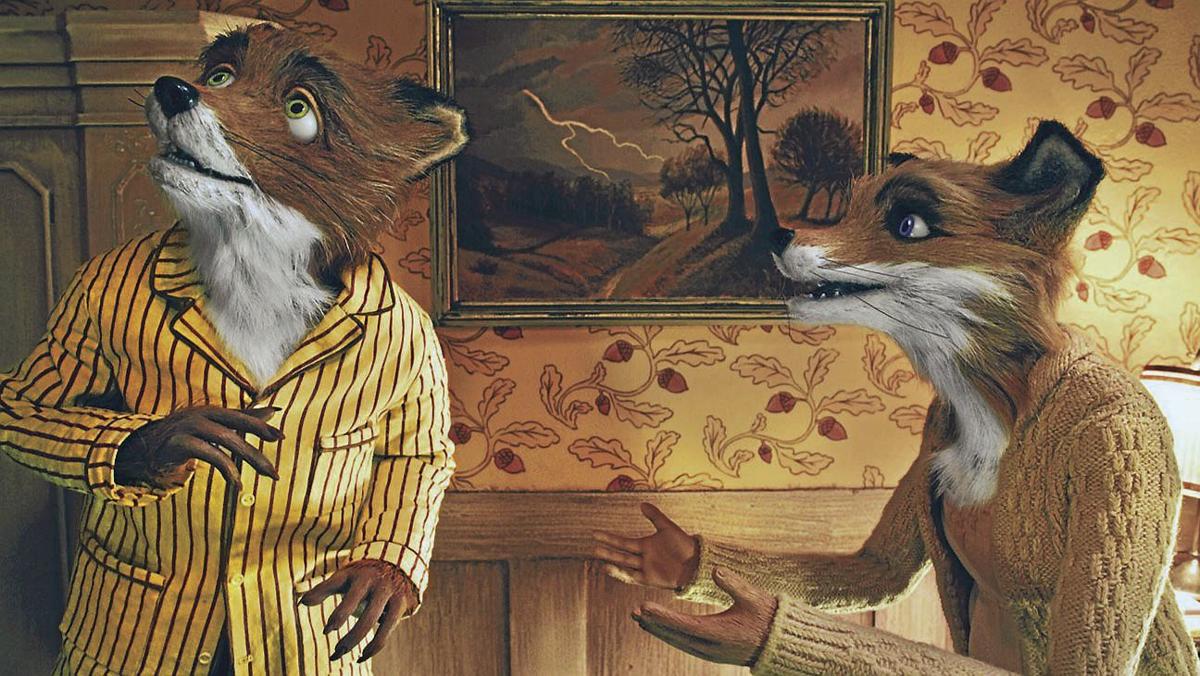 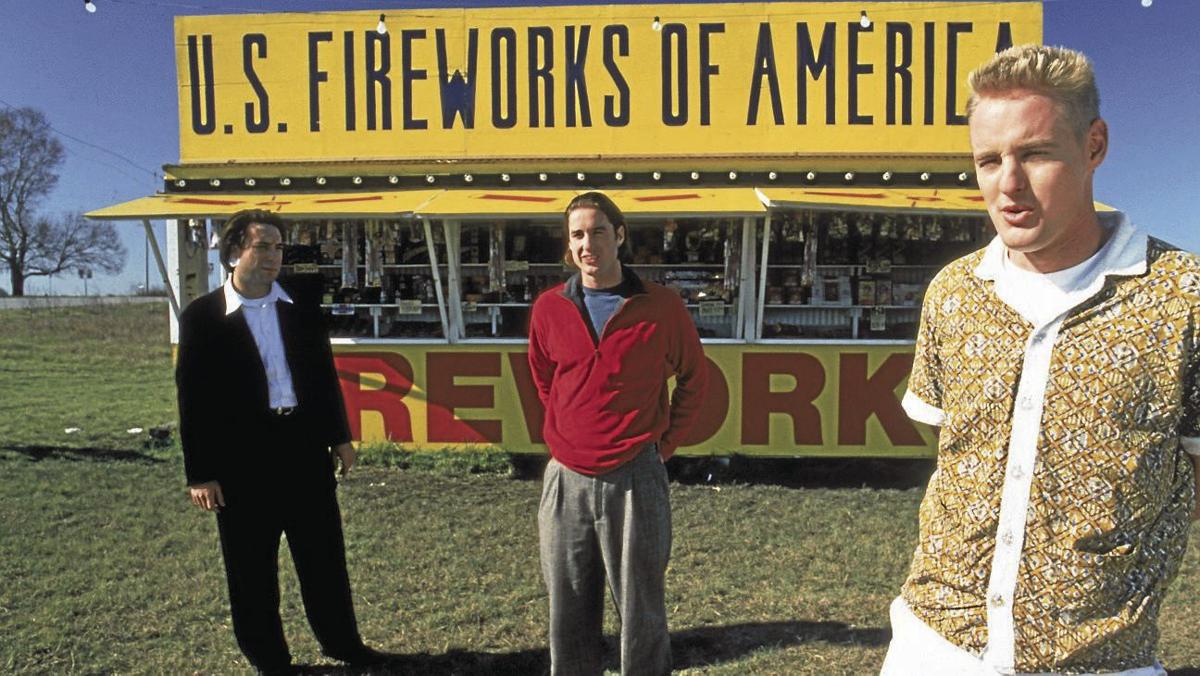 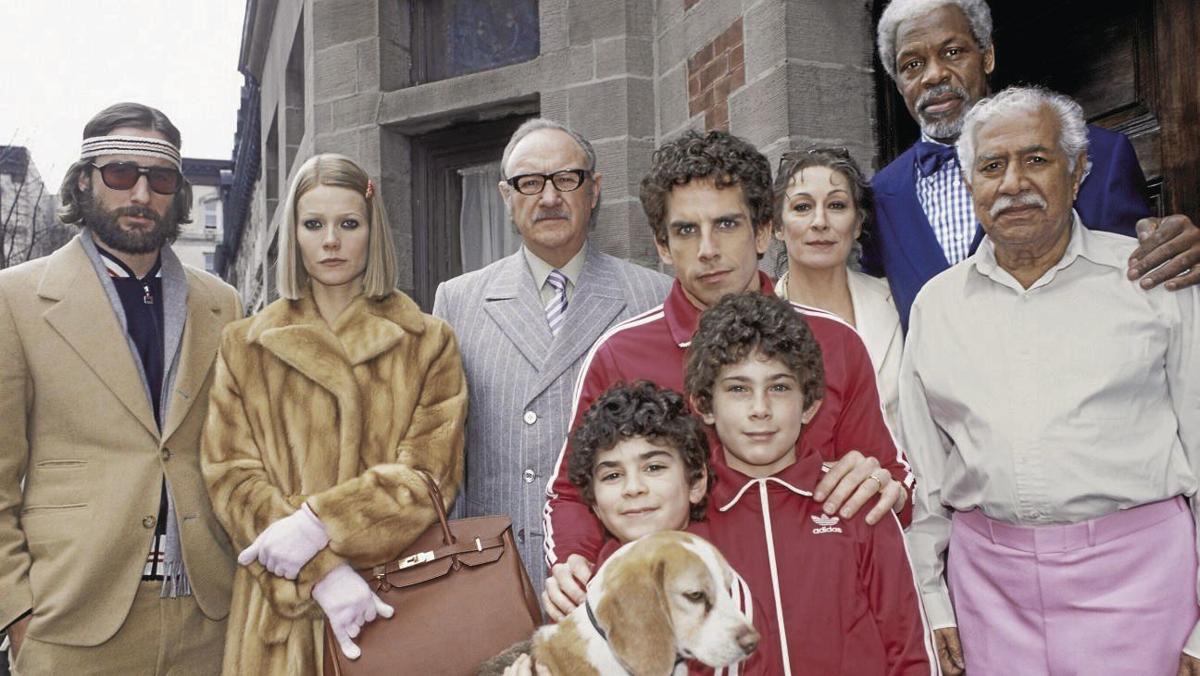 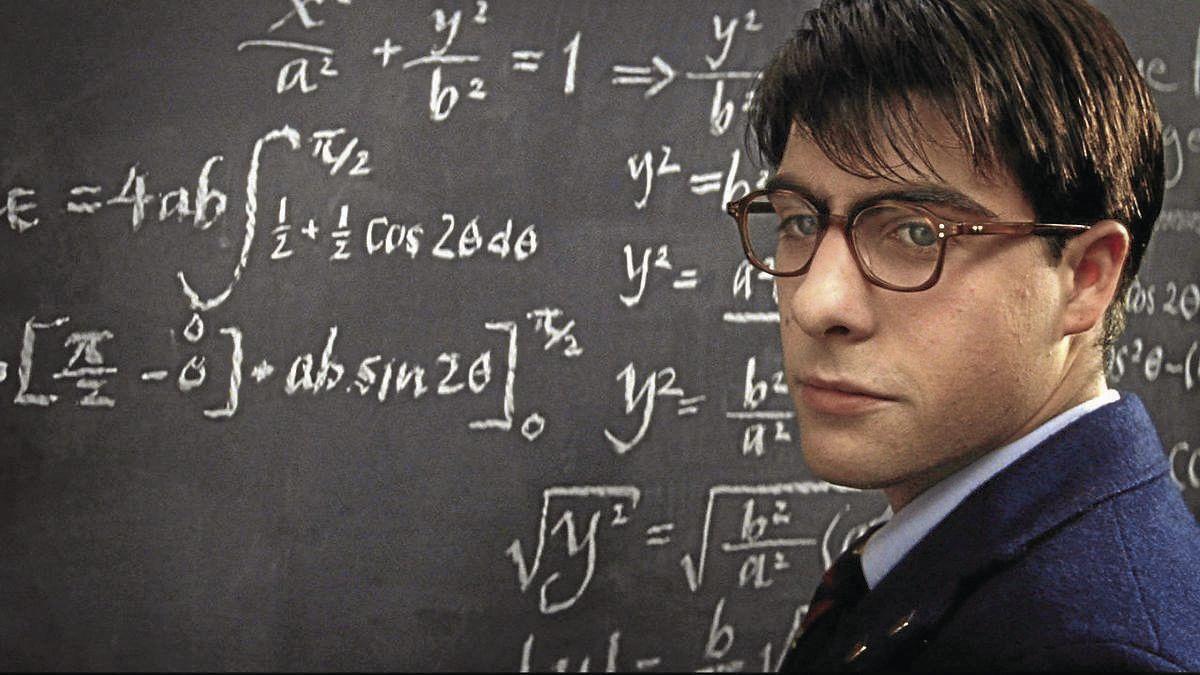 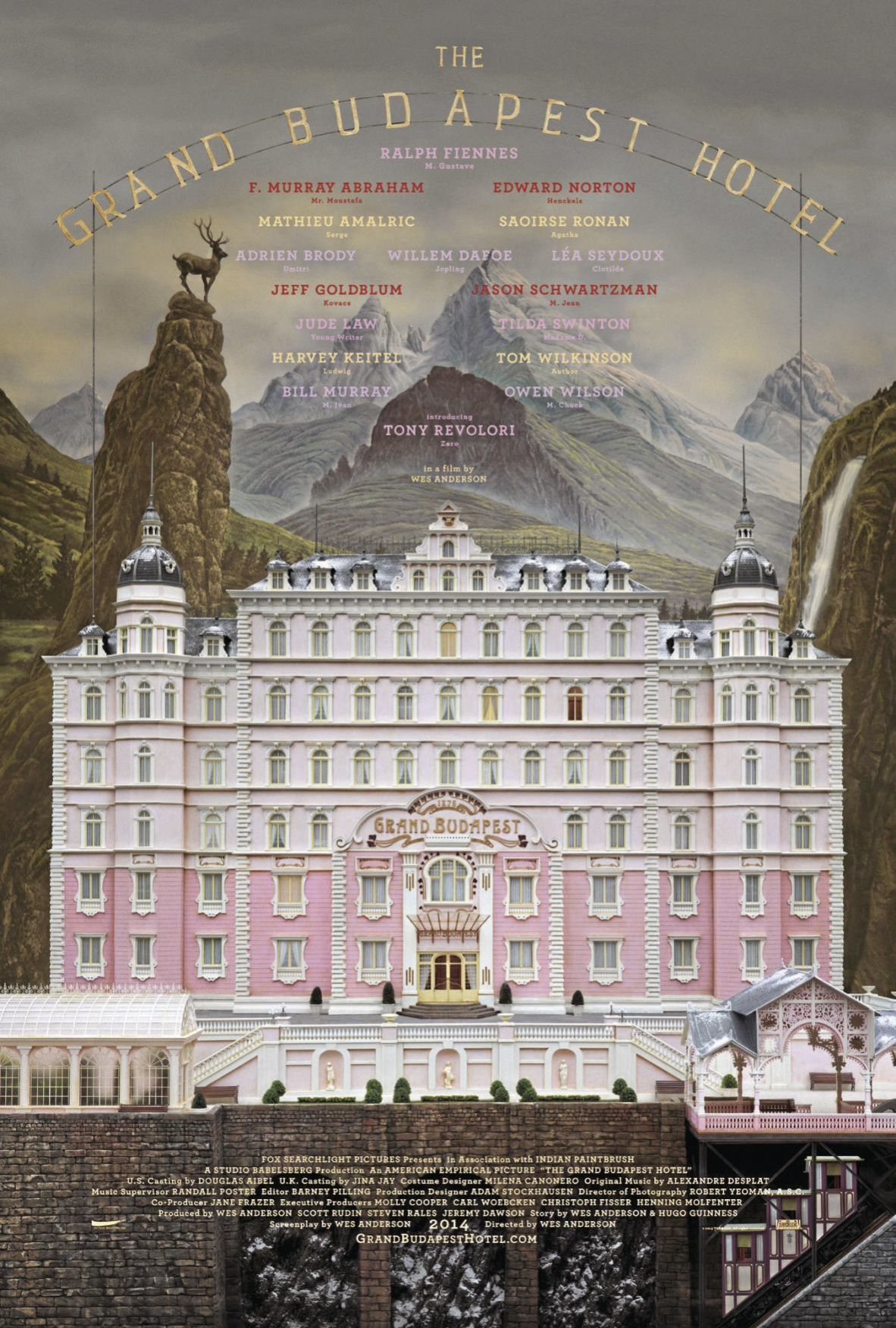