LOS ANGELES (AP) — Billie Eilish has won album of the year and record of the year to cap a dominant night of five victories at the Grammy Awards.

Her album beat a group of nominees that included Lana Del Rey, Lizzo and Ariana Grande.

“Can I just say that I think Ariana deserved this?” Eilish said as she accepted the award.

Her other Grammys include best new artist, and song of the year for “Bad Guy.”

The show kicked off with a performance in honor of NBA legend Kobe Bryant, who died hours before the awards began. And later in the show rapper Nipsey Hussle’s collaborators and friends, including DJ Khaled, John Legend, Meek Mill, Kirk Franklin, Roddy Ricch and YG, gave an all-star tribute to the man who died last year.

Filmmaker Ava DuVernay introduced the performance, which featured band players, background dancers and Legend wearing traditional Ethiopian and Eritrean clothing in honor of Hussle’s African roots. Mill performed a new song called “Letter to Nipsey” while others joined together for “Higher,” which is nominated for best rap/sung performance.

During the pre-ceremony, Hussle’s “Racks in the Middle” picked up best rap performance.

The show — taking place in Los Angeles at the Staples Center, Bryant’s stomping ground — kicked off with a touching, emotional and a cappella performance of “It’s So Hard to Say Goodbye to Yesterday” by host Alicia Keys and Boyz II Men.

“Here we are together on music’s biggest night celebrating the artists that do it best, but to be honest with you we are all feeling crazy sadness right now,” Keys said as she entered the stage, adding that “Los Angeles, America and the world-wide world lost a hero.”

She said the audience was “heartbroken in the house that Kobe Bryant built.”

“Right now Kobe and his daughter Gianna ... are in our spirits, they’re in our hearts, they’re in prayers, they’re in this building,” she added. “Take a moment and hold them inside of you and share our strength and our support with their families.”

Before the show officially honored Bryant, Lizzo performed the songs “Truth Hurts” and “Cuz I Love You,” saying at the top of the show: “Tonight is for Kobe.”

Lizzo, who won two honors during the pre-telecast, won best pop solo performance for “Truth Hurts” during the live telecast.

“Hold on one second,” she said, catching her breathe. “Thank you to the academy. This is really (expletive) sick.”

“To my mother, you did a great job raising this guy,” Tyler, who won best rap album, said to his mom, who was onstage and crying by side.

Eilish’s brother, Finneas, walked away as the most awarded act, so far, taking home four awards.

Finneas added that they “just make music in a bedroom together and we still do that.” Eilish’s debut was created in their L.A. home.

“This is to all the kids who are making music in the bedroom today — you’re going to get one of these,” Finneas said.

Finneas assisted Eilish by playing keys while she gave a soft, pitch perfect performance of “When the Party’s Over.” Demi Lovato, who has mostly taken a break from the public since focusing on her recovery after reportedly overdosing in July 2018, gave a stirring, vocally top-notch performance that earned her a standing ovation. She was so emotional that she had to restart the song as a teardrop ran down her cheek.

Camila Cabello’s performance of “First Man” — a song dedicated to her father — also induced tears. Cabello walked off the stage to her dad’s seat to finish singing him the song in front of him, while he teared up. Audience members were emotional, too, including Gwen Stefani.

Ariana Grande had lengthy performance — probably to make up for the drama that surrounded her axed performance last year. Run DMC joined forces with Aerosmith to rock the Grammys stage, while Usher, Sheila E. and FKA twigs paid tribute to Prince.

Lil Nas X brought the story of “Old Town Road” to life by performing alongside the artists who helped the song stay at No. 1 for 19 weeks through various remixes, including BTS, Mason Ramsey, Diplo and the track’s main co-star, Billy Ray Cyrus.

Veteran rapper Nas then joined Lil Nas X for a new song, shouting out Bryant at the end: “Kobe, we love you.”

The Grammys show will later include a special tribute to longtime Grammys producer Ken Ehrlich, who is wrapping up his career with the show Sunday.

A dark cloud loomed over ceremony since the Recording Academy announced it had put its recently hired CEO, Deborah Dugan, on administrative leave for misconduct. Dugan and her lawyers fired back at the academy, claiming that the awards show is rigged.

No mention of Dugan was directly made in the first three hours of the show.

Lizzo, who walked into the show the most nominated with eight, is nominated for album of the year for her major-label debut, “Cuz I Love You.” Other nominees include Grande, Lana Del Rey, Vampire Weekend, H.E.R., Bon Iver, Eilish and Lil Nas X.

Photos: Scenes from the 2020 Grammy Awards

There's beauty to spare in the new screen adaptation of Jane Austen's “Emma,” from its palatial country estates with their art-filled galleries and manicured lawns, to the exquisitely detailed costumes (those feathered bonnets!), to star Anya Taylor-Joy, whose porcelain skin and blonde ringlets look like they belong in a Botticelli painting.

MIAMI (AP) — Grammy award-winning singer Pharrell may have been fired from three different McDonald's as a teen, but that didn't stop him from opening what has become one of the hottest restaurants in Miami.

Celebrity birthdays for the week of Feb. 23-29

Celebrity birthdays for the week of Feb. 23-29

NEW YORK (AP) — Four years ago, Meghan Trainor won the Grammy Award for best new artist. On the first anniversary of that very win she was literally speechless — under the knife for vocal surgery.

MIAMI (AP) — Fat Joe brought New York hip-hop to Miami for an energetic pre-Super Bowl concert a day ahead of the big game.

LOS ANGELES (AP) — The home-invasion death of rising rapper Pop Smoke in Los Angeles does not appear to be part of a robbery, police said Thursday, as detectives sought to identify the shooter and the music community mourned. 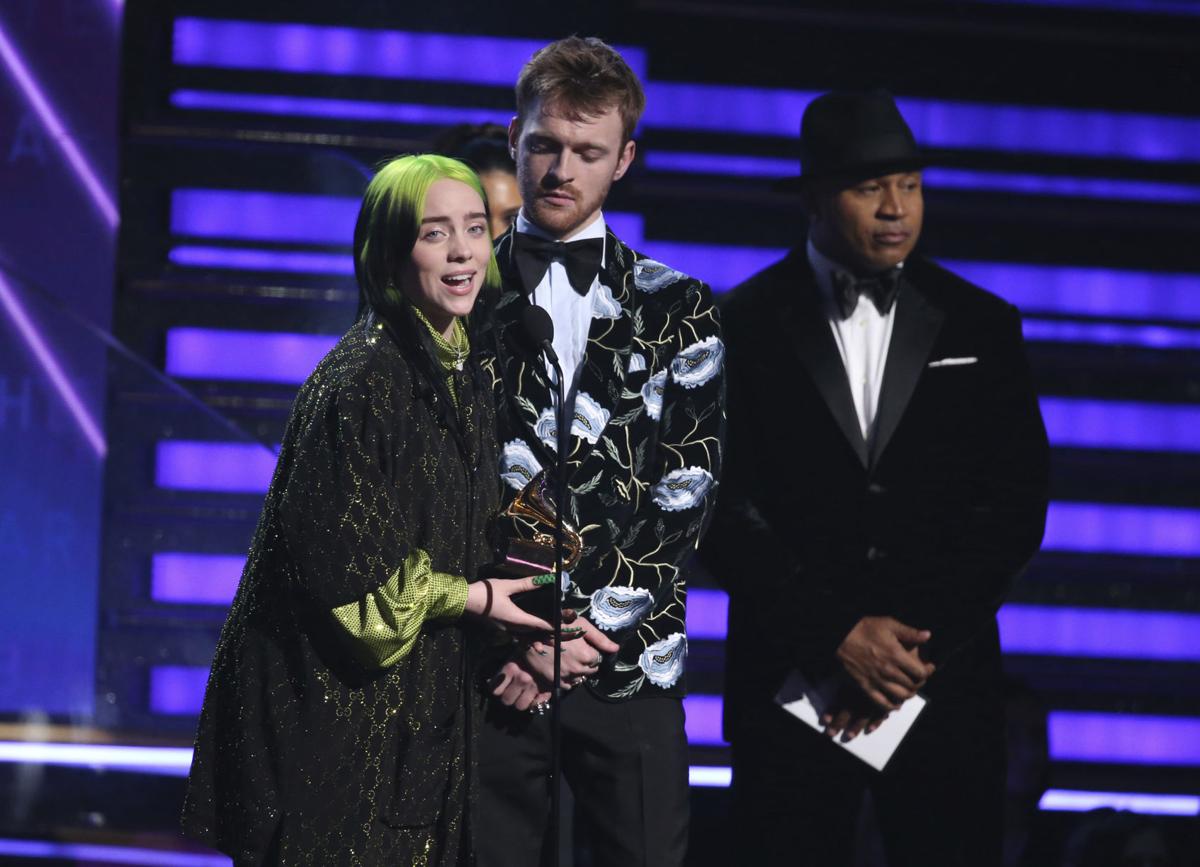 Billie Eilish, left, and Finneas O'Connell accept the award for album of the year for "When We All Fall Asleep, Where Do We Go?" at the 62nd annual Grammy Awards on Sunday, Jan. 26, 2020, in Los Angeles. Looking on at right is presenter LL Cool J. (Photo by Matt Sayles/Invision/AP)

John Legend performs during a tribute in honor of the late Nipsey Hussle at the 62nd annual Grammy Awards on Sunday, Jan. 26, 2020, in Los Angeles. 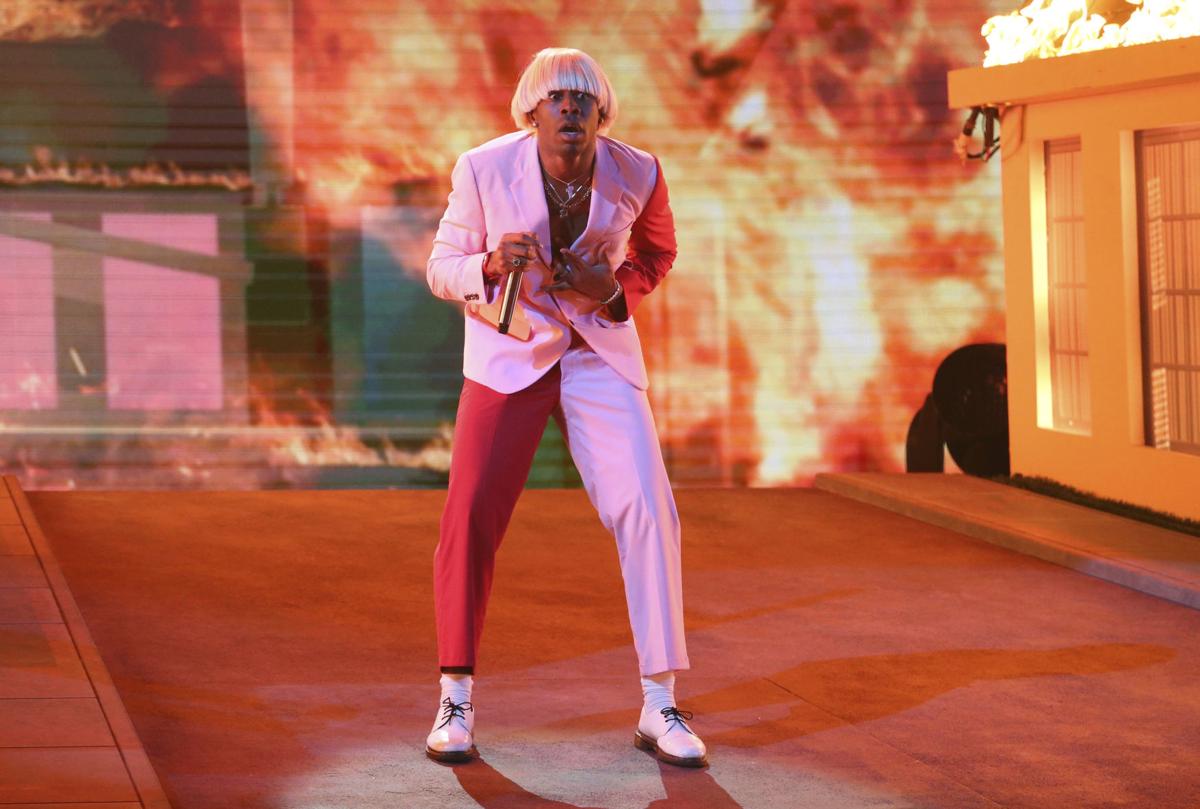 Tyler, the Creator performs at the 62nd annual Grammy Awards on Sunday, Jan. 26, 2020, in Los Angeles. (Photo by Matt Sayles/Invision/AP) 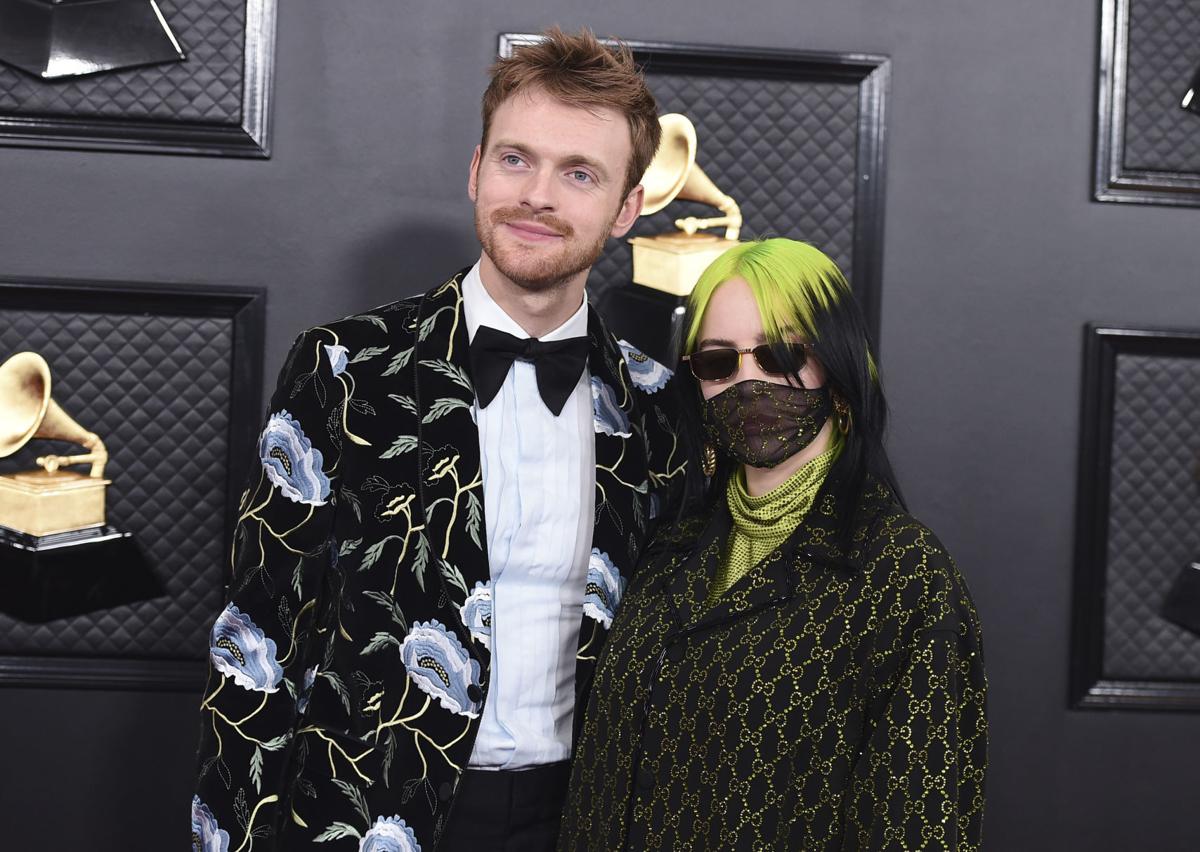