CHICAGO — Betty Williams, 82, lost her big toe on her right foot to diabetes.

Looking back, she said she didn’t notice any health concerns that would indicate she had it. Her daughter Yolanda Williams, however, noticed her mother couldn’t put her shoes on due to swelling. After closer inspection, she also found a sore on her foot. Yolanda rushed her mom to the hospital.

“Do you know what the nurses said? They said her blood sugar level was over 600. They don’t even know how she was living. I started crying right there. The nurses said, ‘You saved your mother’s life.’ I have never seen my mother cry. My mom started crying,” she said.

It’s been two weeks since Biz Markie (aka Marcel Theo Hall), the rapper behind the 1989 hit “Just A Friend,” died of complications from diabetes. He was 57 and struggled with health issues related to his decade-long battle with Type 2 diabetes.

The chronic health condition impacts how your body turns food into energy. With it, either your body doesn’t make enough insulin or can’t use the insulin it makes as well as it should. When there isn’t enough insulin or cells stop responding to insulin, too much blood sugar stays in your bloodstream. Over time, diabetes can cause heart and/or kidney disease and vision loss, according to the Centers for Disease Control and Prevention.

“I felt like life dealt me a hand I didn’t need,” Betty Williams said. “But as time went on, I thanked God I didn’t lose my foot. My only regret is if I could have gone in sooner ... maybe I wouldn’t have wound up like this.”

Betty is a patient of Dr. Sreekumar Madassery, a radiologist and director of peripheral vascular intervention at Rush University Medical Center. In his work, Madassery opens up damaged arteries in the lower portion of the body to prevent amputations. He advocates for more education about diabetes, a vascular disease, and how deadly it is in the long term.

“What happens with diabetes is it kills the nerves and hardens the arteries,” he said. “A person will stub their toe, cut their toenail wrong, and because diabetes has messed with their arteries, these tiny wounds become black and green, and they lose their whole leg. Patients, when they get a major amputation, they have almost a 50% mortality rate within four years. Diabetes is a multiheaded monster where the symptoms of each effect need to be tracked earlier; but also diabetes itself needs earlier detection and management.”

“Successfully managing diabetes takes effort and intentional work,” she said. “The (American Diabetes Association) has a great risk calculator for people who if they don’t know if they have diabetes, that they can look and say, ‘Am I at risk?’ And if you are at risk, go in and have that conversation with your doctor.”

Thomas said when the medical community recognizes somebody with prediabetes (where blood sugar levels that are higher than normal but not yet high enough to be diagnosed as diabetes), intervention is necessary then and not after a diabetes diagnosis. Waking up at night to empty your bladder more than you used to (increased thirst paired with increased urination)? Blurry vision (fluid shifts in the eye, associated with high blood sugar)? Increased appetite (due to insufficient insulin)? Unexplained fatigue? Thomas recommends people who have a family history of high blood pressure and diabetes, those who carry excess weight, and workers of certain jobs that affect sleep and circadian rhythms (i.e. shift work), get screened for diabetes.

“When we have that family history of diabetes — the same for high blood pressure or coronary artery disease — we can intervene early and delay the onset of the disease,” she said. “Too many of our patients are being diagnosed in the hospital when they should have been screened in the clinics. When we see people in the emergency department, when we gather that history, symptoms have been going on an average of weeks and they are not recognizing it.”

Diabetes affects the immune system, and can lead to increased risk for infections and stroke. According to Madassery, he’s seeing earlier onset diabetes in kids and teenagers more and more. And the Black community is enduring more amputations due to diabetes than other populations. Madassery says that is why he uses the phrase “arterial cancer” frequently to convey the seriousness and raise awareness of the condition.

“A lot of patients, especially in cities, they don’t get even the basic medical education in screening. So the question is how do we get the health care system and insurances to incentivize or promote early preventive care and maintenance?” he said. “Just like we talk about breast cancer mammography and colonoscopies for colon cancer, patients who are in their 30s and 40s should be seeing doctors annually and getting regular blood work for diabetes.”

While there isn’t a cure for diabetes, losing weight, a healthy diet and being active can help when battling the disease. Taking medicine as needed, and getting diabetes self-management education and support can also reduce the impact of diabetes on your lifestyle. Betty Williams’ advice: Go to the doctor for regular checkups. If you’re not satisfied with the doctors you have, get a second opinion.

“If you want to live, go get yourself checked out,” she said.

Get five a day

Cut back on red meat

Keep an eye on portion sizes

Get your eyes and feet checked regularly

The chemical is in food storage containers, shampoo, makeup, perfume and children's toys. Here are tips to reduce your exposure.

Ivermectin has been lifesaving for people with parasitic infections like river blindness and strongyloidiasis. But taking it for COVID-19 may result in the opposite effect. Here's a brief history.

Food companies are under new pressure to use less salt after regulators spelled out guidelines aimed at reducing sodium levels in dozens of foods.

'Pandemic posture' hurting your back? You can fix it

Do you have "pandemic posture" from slouching at a desk or on a couch? Here's what to do for back pain from poor posture habits.

Mindful eating could change your food habits and overall life. Here's how to start

If you want to try mindful eating, here's what else you should know about getting started and potential hurdles.

Do your BMI numbers add up? Body mass index has a mixed reputation

Body mass index has had a mixed reputation for estimating obesity and possible health risks. Are there alternatives to measuring body fat?

Last week, we talked about the importance of feeding your kids a good breakfast at home or at school to start their day. It helps them tremendously when it comes to learning. We also talked about how shutting off that screen before bedtime encourages sleep and cuts down on insomnia.

Let’s review the basics that are important for each parent to consider now that their kids are back to school.

As Democrats Bicker Over Massive Spending Plan, Here’s What’s at Stake for Medicaid

More than 2 million low-income adults are uninsured because their states have not accepted Medicaid expansion under the Affordable Care Act. Congressional Democrats want to offer them coverage in the massive spending bill being debated, but competition to get into that package is fierce.

How to prepare your home for cooler weather

How to change careers smartly with these easy steps

How to change careers smartly with these easy steps 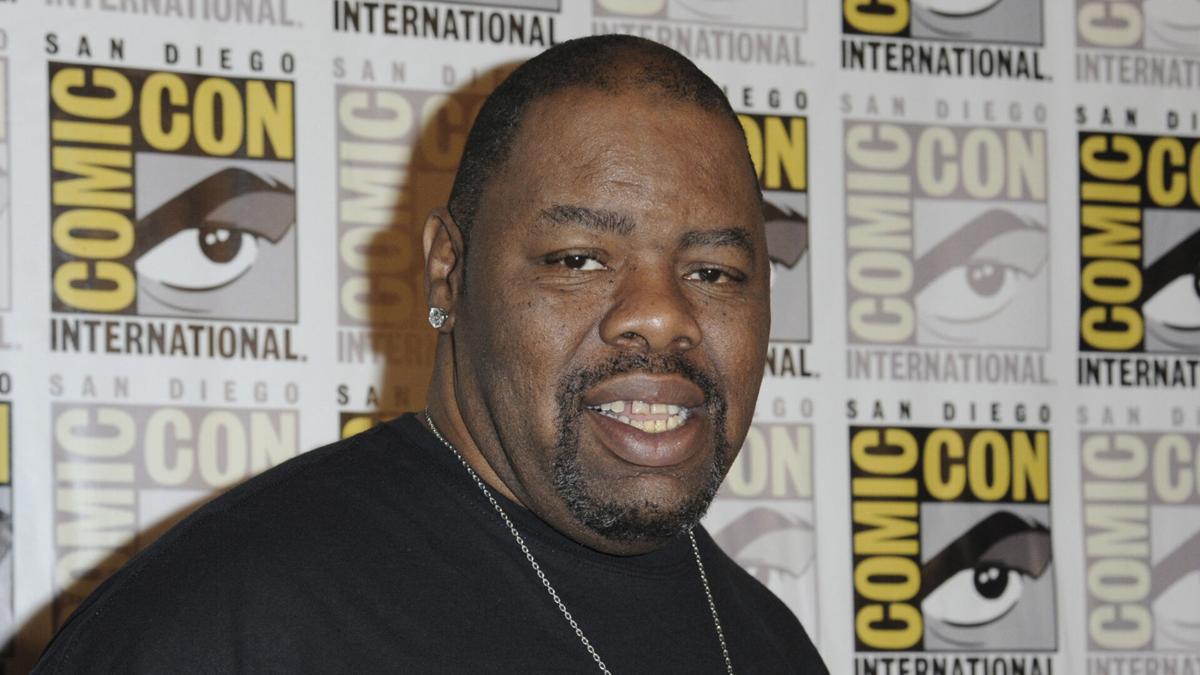 Hip-hop rapper-DJ Biz Markie, shown in 2014, died July 16 of complications from diabetes. He was 57 and struggled with health issues related to his decade-long battle with Type 2 diabetes. 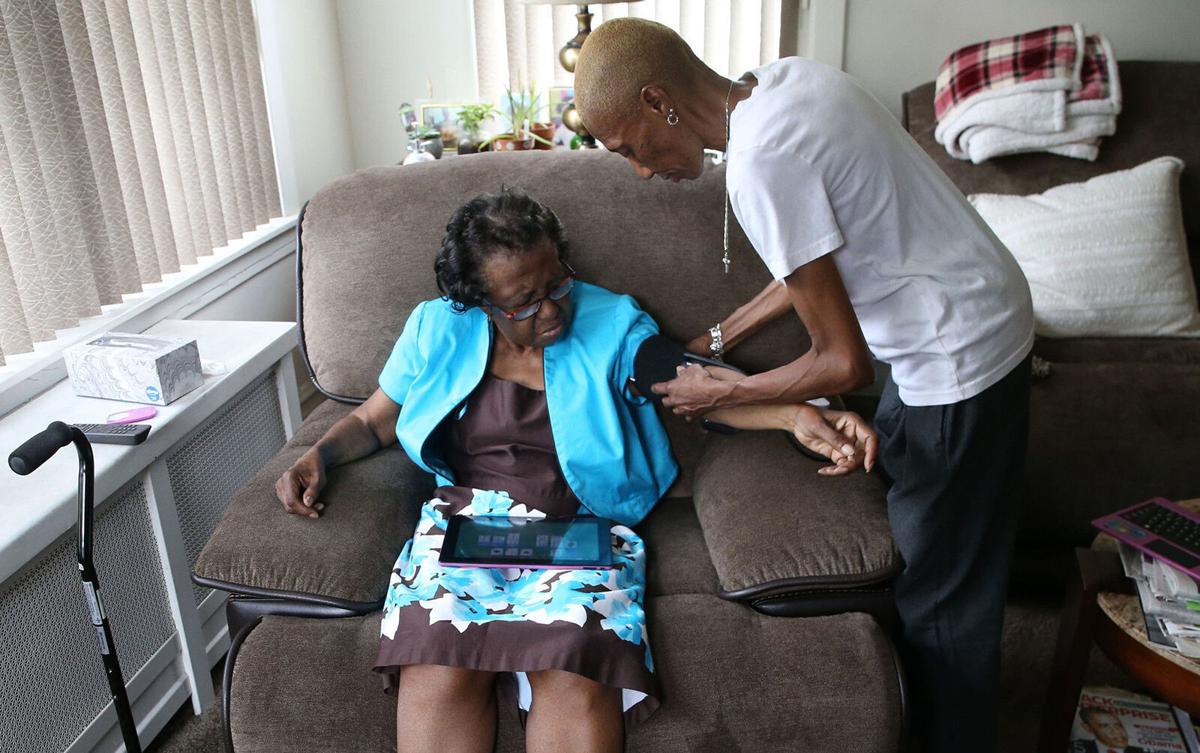 Yolanda Williams prepares to take a blood pressure reading as she takes care of her mother, Betty Williams, 82, who copes with diabetes, at their home in Chicago.