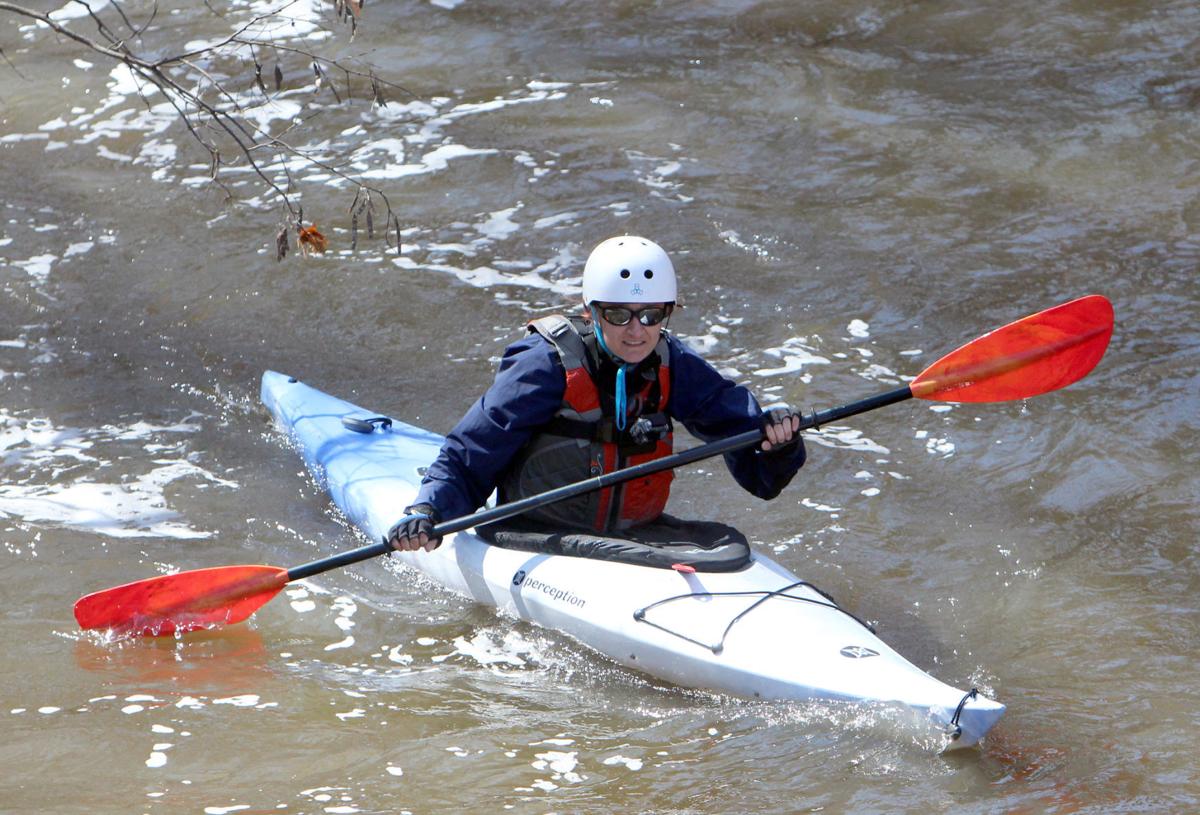 Theresa Erbs of Chippewa Falls makes her way through the Glen Loch Flowage on Wednesday afternoon as a part of the 52nd annual April Fools Day River Excursion. 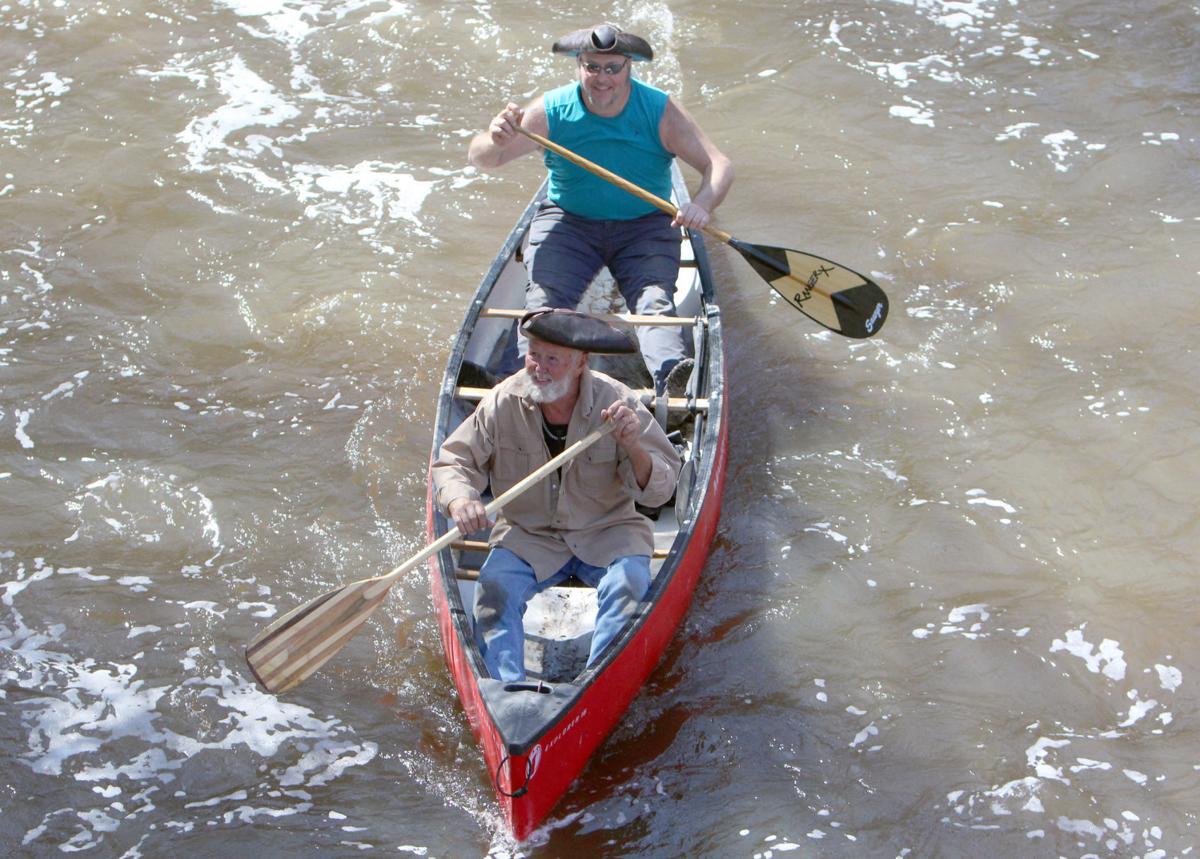 Colfax's Dan and Harold Shipman have competed in the yearly event for more than a decade.

A tradition of more than five decades continued on Wednesday, even amid the country’s COVID-19 pandemic.

Kayakers and canoers from around the area gathered on Wednesday for a yearly voyage down Duncan Creek into Glen Loch Lake before following the Glen Loch flowage south into Chippewa.

The roughly 12-mile tradition began more than 50 years ago with the first endeavorers using old fiberglass boats to test whose was best before moving to canoes and kayaks with the yearly excursion settling on April 1 and being called the April Fools Day River Excursion.

Brian Namejunas of Chippewa Falls has taken part for more than 30 years and has even piloted his own vintage boat ‘Titanic’ on the trip a number of times. But like its namesake, Namejunas’ boat often ended up taking on water and has been retired. But he said it could make a return some day with a little work.

“It was just a fun thing,” Namejunas said of the excursion. “We’ve oftentimes tried to make it more fun with some costumes and that stuff and that died off over the years. We try to keep that alive and we’ve had some different themes over the years where we had Wizard of Oz or different characters which is kind of fun.”

Chippewa Falls’ Theresa Erbs has made a handful of trips with the group, but grew up watching previous participants make their way down the water from her viewing spot on Columbia Street in town. With this year’s changes to public gatherings as a result of the COVID-19 pandemic, the group found a way to maintain social distancing rules while on the water.

“We were joking about social distancing. (We) just keep a paddle apart,” Erbs said.

Wednesday’s weather featured temperatures in the 50s, good conditions considering Erbs can recall having to weave through ice chunks near Glen Loch in recent years.

Colfax’s Harold and Dan Shipman are into their second decade of the excursion. Harold knew of many people who participated back in the early days in the 1960s but didn’t himself start until his son Dan got involved.

The group said turnout for the event was smaller due to taking place in the middle of the week, but still encouraging given what’s going on in the world.

But even before the group had completed the 52nd year of the event, it was already looking forward to year 53 in 2021.

With things being back to normal by next year, they are excited to return to the full format of the day.

It starts with breakfast and drinks at Schemboda’s Shady Pine in Tilden between 9-10 a.m. before making their way down to the Glen Loch Dam for lunch at the Glen Loch Saloon before completing the most challenging portion of the ride through Chippewa Falls before ending at Ritz of the River, a bar owned by Theresa’s mother Mary.

The group is an informal one with no Facebook group or other way of setting up the event. Those who know, know. And they’re always happy to welcome more.

So how has this tradition lasted more than 50 years? One simple reason.

A Galesville man was arrested Thursday on a murder charge in Minneapolis during protests over the death of George Floyd.

COLFAX — Jade Riley Lansing, 20, of Colfax passed away Friday, May 29, 2020, at Regions Hospital in St. Paul, where she was brought following …

Sandra “Sandy” Lee (Konecny) West, 79, passed away Monday, May 25, 2020, under the wonderful and loving care of the dementia care staff at the…

This photo shows the extreme damage done to the north side of Chippewa Falls when a tornado touched down on the evening of June 4, 1958.

CHIPPEWA FALLS – A Holcombe man will serve one year in jail after he was convicted of his seventh drunk-driving offense in Chippewa County Court.

Theresa Erbs of Chippewa Falls makes her way through the Glen Loch Flowage on Wednesday afternoon as a part of the 52nd annual April Fools Day River Excursion.

Colfax's Dan and Harold Shipman have competed in the yearly event for more than a decade.