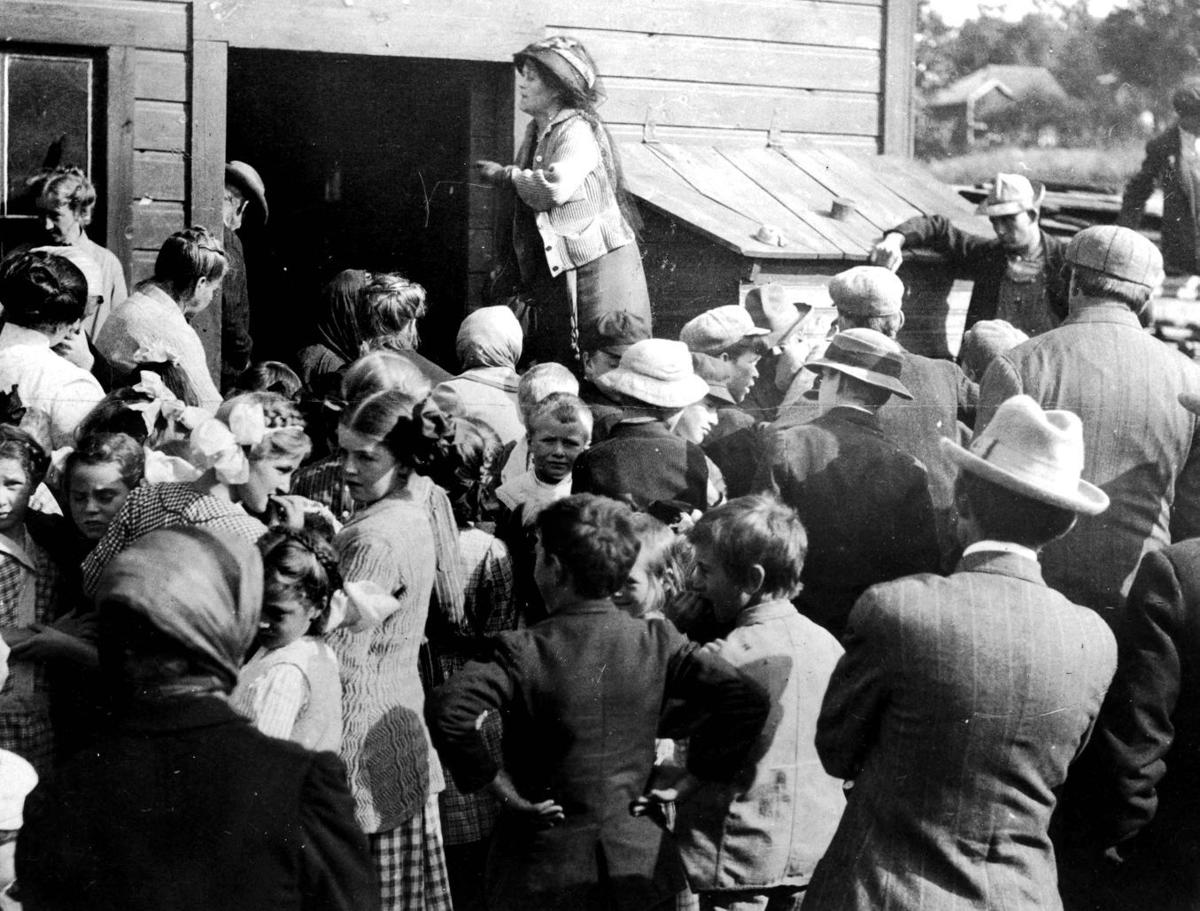 In this photo from approximately 1915, Belle Case La Follette, wife of Robert M. La Follette, Sr., addresses a group of farmers during a tour on the Chautauqua circuit, where she frequently spoke about woman suffrage. 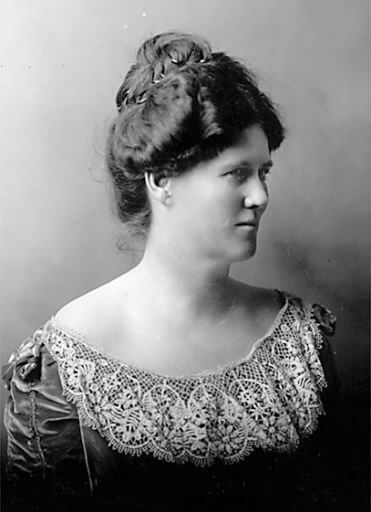 MADISON — While a few thousand people basked in the warm sunshine at the Fighting Bob Fest at Breese Stevens Field on Saturday and celebrated the Progressive movement and its founder Robert La Follette, a small group gathered in a dark room underneath the bleachers where the remarkable life of La Follette’s wife, Belle, was showcased under a fresh spotlight.

Belle La Follette was born in 1859, grew up on a Baraboo farm and overcame natural shyness to become an educated and passionate feminist, pacifist and equal rights advocate who had the word “obey” taken out of her marriage vows to her famous husband, said the author of a new biography on Fighting Bob’s wife.

As a journalist and public speaker, Belle La Follette also decried capital punishment as barbarism, believed in exercise, birth control and sex education, and was called a disgrace to the white race for her steadfast belief that black lives matter, said Nancy C. Unger, a history professor from Santa Clara University who has authored “Belle La Follette: Progressive Era Reformer.”

“Belle was way ahead of her time, and Bob said, ‘You go girl!’ said Unger. “He never told her to tone it down. He was proud of her. He bragged about her.”

Since many of the issues Belle La Follette fought for are so relevant today, Unger believes she is deserving to be selected as the face of the new $10 bill over the likes of fellow women suffragettes Elizabeth Cady Stanton, Alice Paul or Susan B. Anthony.

The new bill will come out in 2020, which is the 100th anniversary of the 19th Amendment granting women the right to vote. Wisconsin was the first state to ratify the amendment due to the hard work of both La Follettes, Unger said.

“Belle supported true democracy and equality for all. That’s what earns her that spot on the bill,” said Unger.

What amazes Unger is how few people know anything about Belle La Follette, who, according to The New York Times after she died in 1931, was “probably the least known yet most influential of all the American women who have had to do with public affairs.”

“Nobody knows her and nobody knows how to pronounce her name,” said Unger. “I run into that in Wisconsin, too. It doesn’t just happen in California.”

Historians overlooked Belle La Follette’s contributions to the Progressive cause shortly after she died and was usually mentioned as an advisor to her husband and the mother of their four children, said Unger. She added that she took a stronger interest in Belle La Follette while writing a book on her husband called “Fighting Bob La Follette: Righteous Reformer.”

“She was her own person,” said Unger. She told a story about how Belle La Follette, the first female graduate from the UW-Madison Law School, ignored her future husband’s initial wishes to marry her because she wanted to advance her own career. She had her first child shortly after they were married, but then waited 12 years before their second child was born. Their fourth child was born when Belle was 41.

As her husband’s political career skyrocketed with terms as governor of Wisconsin, a representative of Congress and the U.S. Senate, La Follette didn’t hesitate to take up issues that challenged presidents like Theodore Roosevelt and Woodrow Wilson, Unger said. In particular, she challenged Wilson’s racial segregation efforts and gave a famous speech at a YMCA in Washington, D.C., where she said determination, loyalty, courage and persistence were more important than violence in African-Americans’ battle for equal rights.

Belle La Follette spoke without the political filter that sometimes forced her husband to take a less volatile approach in speeches about Progressive issues, Unger said. “He’s not going to talk it up at the black YMCA like Belle could,” she said. “She could get down to the nitty-gritty of the matter.”

Some people wanted Belle La Follette to replace her husband in the U.S. Senate after he died in 1925 but she worked instead to advocate for her son, Robert La Follette Jr., who went on to hold the seat for 22 years. Unger said she made that decision partly because she felt it was the best way to continue the Progressive movement.

“She certainly deserves recognition for helping the Progressive cause in her own right,” Unger said.

Excelling in a year filled with unusual obstacles is just one of the many accomplishments of a small group of local students.

An Eau Claire man will serve at least six months in jail after he reportedly drove his car into several yards and struck a tree in June 2019.

A Cornell man has been arrested after he led police on a high-speed chase through Chippewa Falls and Lake Hallie.

An Eau Claire woman convicted of selling drugs from her home will serve two years in prison.

Together as one: Christian music festival OneFest to return this summer

After over a year of waiting a local faith-based music festival may just be what the doctor ordered to help the community come together and heal.

The finish line for a local building project is almost in sight.

COLFAX — Julie Ann (nee West) Schwegman, 62, passed away peacefully at her home in Colfax with family by her side on Tuesday, April 27, 2021.

In this photo from approximately 1915, Belle Case La Follette, wife of Robert M. La Follette, Sr., addresses a group of farmers during a tour on the Chautauqua circuit, where she frequently spoke about woman suffrage.