Read through the obituaries published in The Chippewa Herald

ROCHESTER, Wis. — Robert Keith Taylor, 75, of Rochester died Aug. 21, 2019, at Zablocki VA Medical Center in Milwaukee with his loving family by his side. Robert was born to Ethbert and Ellen (nee McNeely) Taylor on April 16, 1944, in Medford, Wisconsin. He graduated from Stanley Boyd High School. While Robert was serving his country in the Navy, stationed in Bremerton, Washington, he married his high school sweetheart, Elaine Mary Ernst, Nov. 21, 1964. After his honorable discharge they settled in Chippewa County. Robert was employed by the state of Wisconsin as a residential assistant. In 1992, they relocated to the Rochester area, after his retirement. Robert and Elaine enjoyed wintering in Homosassa, Florida. He also enjoyed watching the Packers and Bucks games at Chances in Rochester. He was a loving family man and will be greatly missed.

A celebration of Robert’s life with military honors will take place on a later date. More information will be posted on the funeral home website www.mealyfuneralhome.com as it becomes available. 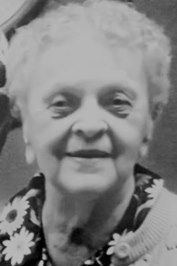 Jeanette was born March 19, 1928, in the town of Howard, the daughter of William and Caroline (Meinen) Dachel.

On Oct. 20, 1953, Jeanette married William Taylor at St. Charles Church in Chippewa Falls. She was a member of Holy Ghost Church. Jean was the head cook at St. Joseph’s Hospital for 20 years. Both Jean and Bill farmed for most of their lives. Jean was a marvelous storyteller, remembering events back to her childhood. Jean was very proud of her son, Ken’s, accomplishments through school and more so his profession as a police officer for the Lake Hallie Police Department.

Jean and Bill enjoyed fishing on their pontoon and playing cards with family and friends. Not a night went by without watching “Wheel of Fortune.” She was known for her potato dumplings and Christmas candies, especially peanut butter balls.

Jeanette is survived by her daughter-in-law, Jayne Taylor of Lake Hallie; many nieces, nephews and “furever family” Sammy and Murphy.

A special thank you to Carol Webb, Darlene Sykora and Pete Sterzinger, for their tender care and kindness shown to Jean throughout the years. 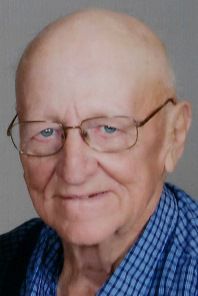 STANLEY — Robert J. Meyer, 78, of Stanley died Friday, Sept. 6, 2019, at his home. He was born Oct. 11, 1940. Bob parents were the late John and Helen (Lengyel) Meyer. He grew up in the Boyd area and attended area schools, graduating from Stanley-Boyd High in 1959. Bob served his country in the Army after high school.

He worked many years at the Northern Center in Chippewa Falls. Bob married Carol Gilles Sept. 15, 1975. Bob was collector, a “Scrap” artist, and traveled to Alaska six times.

A funeral Mass will take place at 11 a.m. Tuesday, Sept. 10, at Holy Family Catholic Church, Stanley, with Father William Felix officiating. Burial will follow in St. Joseph’s Catholic Cemetery, Boyd, with military rites by the Boyd American Legion. Visitation will be from 5 until 8 p.m. Monday, with a 7:30 p.m. rosary, by the Legion of Mary and again from 10 a.m. Tuesday at the Plombon Funeral Home, until procession to the church. In lieu of flowers, memorials are appreciated. 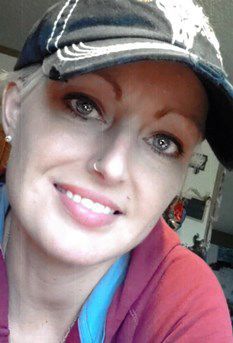 Kayla was born Oct. 21, 1984, in Chippewa Falls, the daughter of Dean and Shelia (Eades) Spath. She graduated from Chi-Hi, class of 2003. She worked as a daycare provider and was a member of Notre Dame Church.

Kayla is survived by her children, Torrie, Jakob and Kaitlyn Berg, all at home; her parents, Dean and Shelia Spath; her sisters, Lisa Spath of Dickinson, N.D., Jenni (Scott) Piel of Chippewa Falls; her very special nieces and nephews, Emie, Kyrdra, Abram and Chael Polden and Brently Piel; her former husband, Joshua Berg of Chippewa Falls; and maternal grandmother, Phyllis Podolak of Stanley.

Kayla was a wonderful person, daughter, sister, mom and aunt. Kayla loved her family. She loved riding motorcycle, road trips on the spur of the moment, long walks and taking pictures.

We will forever love her and miss her… 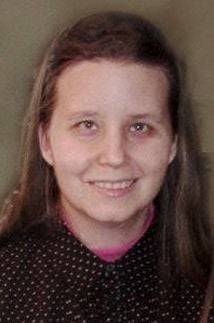 Jessica was born Aug. 13, 1984, to parents Michael and Kimberly in St. Paul, Minnesota. She attended three high schools, graduating from Williamsville East in Buffalo, New York, before moving back to Minnesota, to attend Minnesota State University-Mankato, to get her degree in recreation park and leisure studies. Jessica loved nature and being outdoors. She would take long, quiet walks as often as she could. On days when the weather wasn’t favorable, Jessica could be found making baby blankets, quilting and crafting rosaries. Jessica’s faith was very important to her. Everywhere she went and everything she did, she went and did with God close to her heart. Though she lived a reserved and quiet life, the light that she radiated throughout her short life will be remembered by all who knew her.

Jessica will remain in the hearts of her parents, Mike and Kim of Hudson; sister, Kayla (James) MacFarlane of Merrill, Wisconsin; grandparents, Conrad and Judith Mazur and Marlowe Owen; aunts and uncles, Cindi (Charlie) Butler, Steve (Shoba) Mazur, Doug Mazur, Greg (Stacy) Mazur and Eric (Jen) Owen. She was preceded in death by her sister, Bethany; and grandfather, Donald Owen. 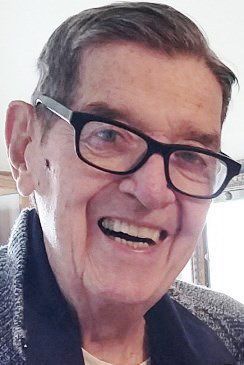 Richard was born May 7, 1931, in Wausau, Wisconsin, to the late Dr. George Herbert and Grace (Harty) Stevens.

Richard was a proud alumni of St. Thomas College and a veteran of the Korean War. He was a successful salesman and valued business partner for over 50 years. Richard was a lifelong Cubbies and Packers fan. He spent his cold winters in beautiful Stuart, enjoying golf, tennis and bridge, with his many friends at Miles Grant. Rich never knew a stranger. When you were in his company, you felt like you were the most important person in the room. He lived, loved and laughed well. We will all miss his hugs.

In lieu of flowers, please make gifts payable to HSHS St. Joseph’s Foundation. Horan Funeral Home in Chippewa Falls is in charge of arrangements. Family and friends may express condolences online at www.horanfuneralhome.com.