Read through the obituaries published in The Chippewa Herald 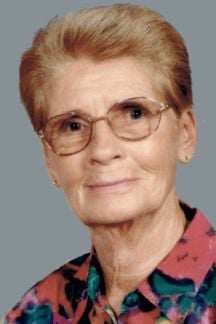 She was born Nov. 15, 1925, in Loraine, Wis., to Thomas and Ella (Ulrich) Sheehan and was raised in the Shell Lake and Spooner area.

On June 10, 1944, she married Lynn Henderson in Pine City, Minn. They resided in Shell Lake, then Eau Claire until moving to Chippewa Falls in 1956, where she worked as a nursing assistant at Chippewa Manor and in private homes.

She was preceded in death by her parents; husband; six brothers, and three sisters.

Interment will be at a later date next to her husband, Lynn, at National Memorial Cemetery of the Pacific, Honolulu, Hawaii. 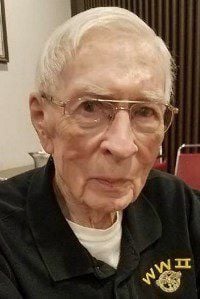 In lieu of flowers, memorials preferred. 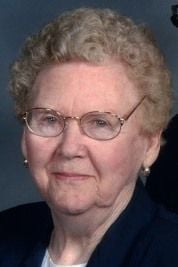 She was born in 1922, the daughter of Andrew and Stella Shervey. She married Emil Gerber Feb. 7, 1942. They farmed in the town of Arthur, until November 1955, when they moved to Jim Falls. In 2002, they moved to Chippewa Falls.

She was a very loving and kind mother and grandmother. She enjoyed visiting with family and friends, cooking, baking, playing cards, reading and flowers. In 2006, she traveled to Norway, where she visited with her cousins.

Gertrude is survived by her three daughters; five grandchildren; and six great-grandchildren.

She was preceded in death by her parents; husband; brothers; and all of her brothers and sisters-in law.

A funeral service will be held at 11 a.m. Tuesday, Jan. 14, at Faith Lutheran Church, Chippewa Falls, with the Rev. Dan Wonderly officiating. Interment will be at a later date at Cornell Cemetery in Cornell.

Visitation will begin at 10 a.m. Tuesday at church.

Harry G. Lippert Jr., 77, died Sunday, Jan. 5, 2020, in Ft. Myers, Fla. Harry was born Jan. 4, 1943, in Blue Island, Ill., son of Harry Sr. and Caryl (Luscomb) Lippert. Harry spent his career in the plastics industry, traveling all over the world, most recently until his retirement from Extrusion Dies, Inc. of Chippewa Falls.

Harry will be most remembered for his wonderful sense of humor—how he could fill a room with laughter within minutes of entering. He will be dearly missed. Per Harry’s wishes there will be no service. Private burial will be at a later date. Memorials in Harry’s memory can be sent to the Barron County Humane Society, 1571 Guy Ave., Barron, Wis. 54812; or the Chippewa County Humane Society, 10501 Co. Hwy. S, Chippewa Falls, Wis. 54729; or to the charity of donor’s choice. Arrangements are under the care and trust of Baldwin Brothers Funeral and Cremation Society, Ft. Myers. 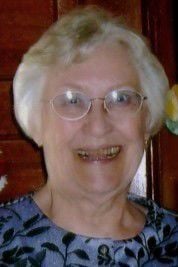 She was born July 3, 1926, in Pike Lake, Wis., to Mildred (Johnson) and Ellery Sukopp. She grew up in Cornell and graduated from Cornell High School where she was a drum majorette.

Bernice married Donald Saxe June 1, 1946. They resided in Cornell and Bernice worked at FabriTech in Chippewa Falls. Once their four children were in school, Bernice went to work as an aide at the Northern Center. She also sold Avon from her home in Cornell.

Bernice was very involved in her community and her church in Cornell. She was a member of Our Savior’s Lutheran Church and its ladies aide, a member of the Cornell American Legion Auxiliary, was involved in the community theater and was appointed Justice of the Peace for the City.

Bernice was an exceptional baker and will be remembered for her Scandinavian desserts. Every Christmas, she made literally, roomsful of Norwegian delicacies. She also made lutefisk and Swedish meatballs, which had to be tried by everyone in the family and gifts wouldn’t be opened until this, and the dishes, were done. She also enjoyed bowling into her 80s.

She was preceded in death by her parents; her husband, Donald in 1980; her sister, Wanda Allard; her brother, Keith Sukopp; and her daughter, Natalie Martinek.

As per Bernice’s wishes, a private family graveside service will be held in the spring. She will be laid to rest next to her husband, in the Cornell Cemetery. 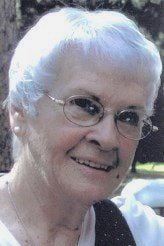 Rita A. Bresina, 90, of Chippewa Falls died Wednesday, Jan. 8, 2020, at her residence with her loving family by her side, under the care of St. Joseph’s Hospice.

Rita was a member of St. Peter’s Catholic Church in Tilden, Christian Mother’s Society, V.F.W. Auxiliary and St. Peter’s Funeral Choir. Rita was a very devoted supporter of Our Lady of Guadalupe Shrine in La Crosse.

Funeral services will be held at 10:30 a.m. Wednesday, Jan. 15, at St. Peter’s Catholic Church in Tilden. The Rev. Msgr. Michael J. Gorman will be celebrant of the funeral Mass. Interment will be in St. Peter’s Cemetery in Tilden.

Friends may call from 4 to 8 p.m. Tuesday, Jan. 14 and from 9 to 10 a.m. Wednesday, at the Horan Funeral Home in Chippewa Falls. The Christian Mother’s Society will recite the rosary at 4 p.m. and there will be a Christian vigil service at 7 p.m. both Tuesday at the funeral home. 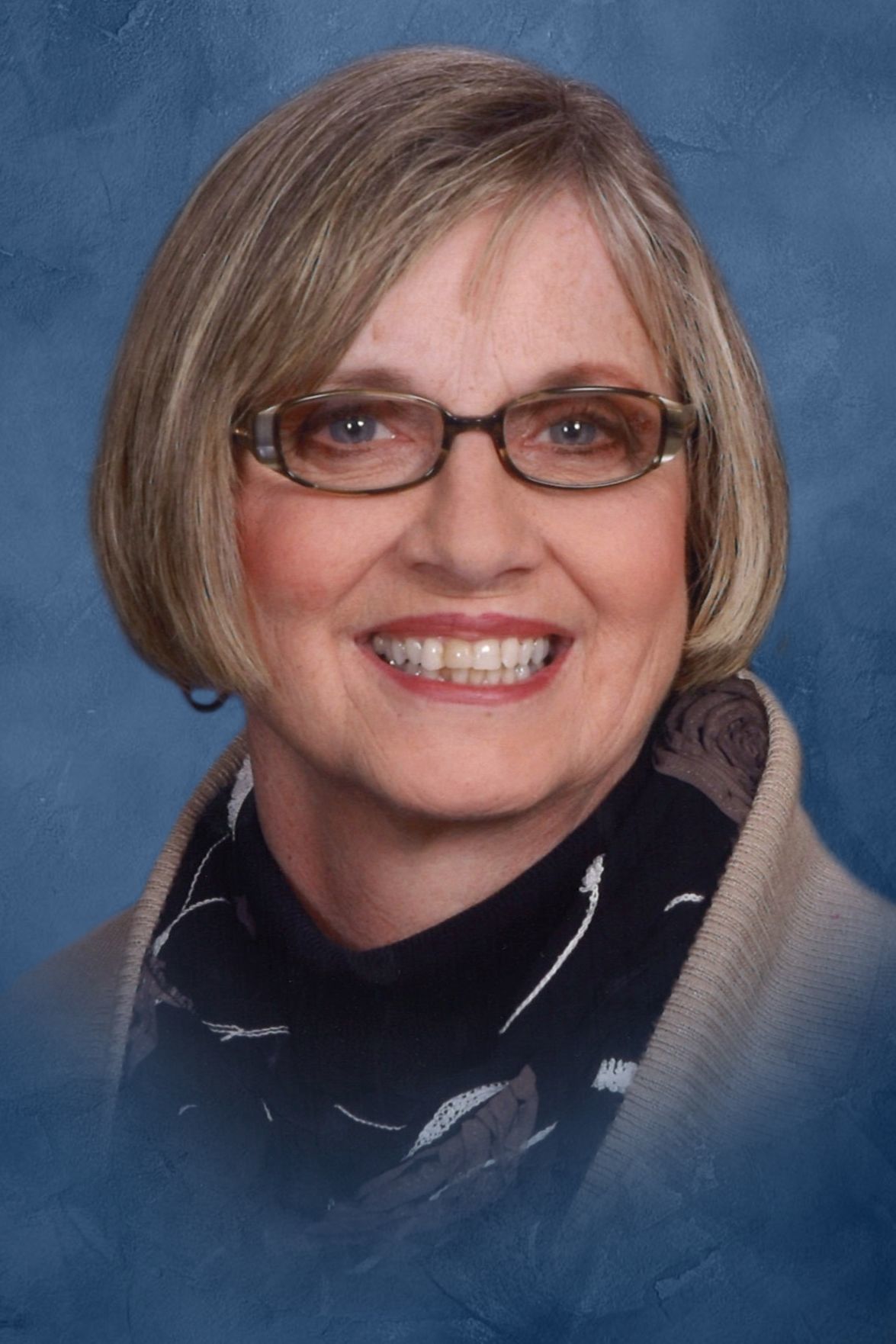 EAU CLAIRE — Diane A. Prock, 73, of Eau Claire died peacefully with her loving family by her side Sunday, Jan. 5, 2020, at Mayo Clinic Health System, Eau Claire.

Diane was born Aug. 28, 1946, in Owen, Wis., to Louis and Alyce (Roohr) Burhop. She is a 1964 graduate of Owen-Withee High School and a 1968 graduate from UWEC with a degree in secondary education history major and a psychology minor.

On July 16, 1966, Diane was united in marriage to Robert Prock at St. Katherine’s Episcopal Church in Owen. While their girls were growing up, Diane was a substitute teacher in the Chippewa Falls and Eau Claire area. In 1985, she began as an instructional assistant at Chippewa Valley Technical College until her retirement in 2006.

Music was always an integral part of her life, singing at an early age and continuing through her adult years. She enjoyed quilting and going to retreats each year where she was blessed with many new friendships. Diane also liked reading, sewing, boating, and cycling, until they decided to invest in their VW beetle bug with “four wheels.”

Through the years, Diane’s greatest joy was spending time with her family and friends and attending the grandchildren’s activities, whatever they might be. She always commented that she was thrilled when the kids became involved in music since the auditorium seats were far superior to bleachers any day. She was the cornerstone of her family and a friend to everyone she met. As a result, she will be greatly missed by her family, the FABS, the Nuts and Bolts, the Pool Ladies, the CVTC crew and many others. She was quick to smile and laugh. She had a way of finding the best in everyone and every situation. Diane lived her faith and her grace inspired everyone around her to be a better person. She would want us to remember, “God is Good.”

Diane was preceded in death by her parents; sister, Darlene Switzky; brother-in-law, William Pawlak; and brother/sister-in-law, Alan and JoAnn Burhop.

The visitation will be from 4 to 7 p.m. Thursday, Jan. 9, at Pederson-Volker Funeral Chapel, 44 E. Columbia St., Chippewa Falls. The funeral service will be at 11 a.m. Friday, Jan. 10, at Central Lutheran Church, 28 E. Columbia St., Chippewa Falls, with a visitation one hour prior to the service at the church. The Rev. Aaron Sturgis will be officiating.

In lieu of flowers, memorials are preferred to the Dollar Club or Feed My People through Central Lutheran Church. 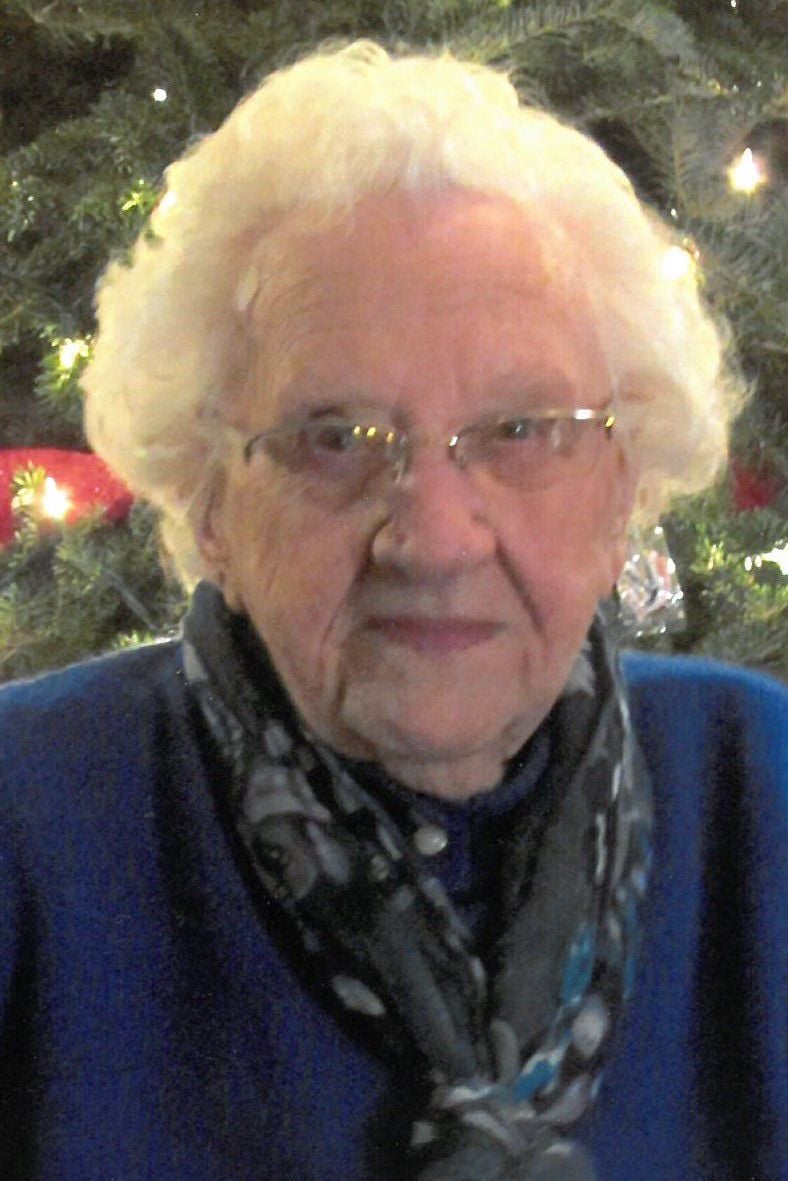 Frances A. Butler, 100, of Chippewa Falls passed away Tuesday, Dec. 31, 2019, at the Chippewa Manor Nursing Home in Chippewa Falls with her loving family by her side.

She was born Frances A. Bresina June 28, 1919, in the town of Tilden and was the 11th of 15 children of Thomas and Mary (Zwiefelhofer) Bresina. She attended St. Peter’s Grade School in Tilden.

On Feb. 22, 1941, Frances married Charles W. Butler and they had three children.

She worked as a nurse’s aide at St. Joseph’s Hospital in the OB department for several years. She loved taking care of the babies and their mothers. After retirement, she and Chuck spent many happy years at their cabin on Mud Lake in Chetek.

She was preceded in death by her husband, Charles; a son, William; a grandson, Paul; her parents, Thomas and Mary; her brothers, Bernard, Frederick, Joe, Albert, Henry, Bob, George, Art and Tom; and sisters, Ida, Martha, Dr. Bertha, Helen and Marie.

Friends may call from 11 a.m. Monday, Jan. 13, until the time of services at noon at St. Charles Church in Chippewa Falls. 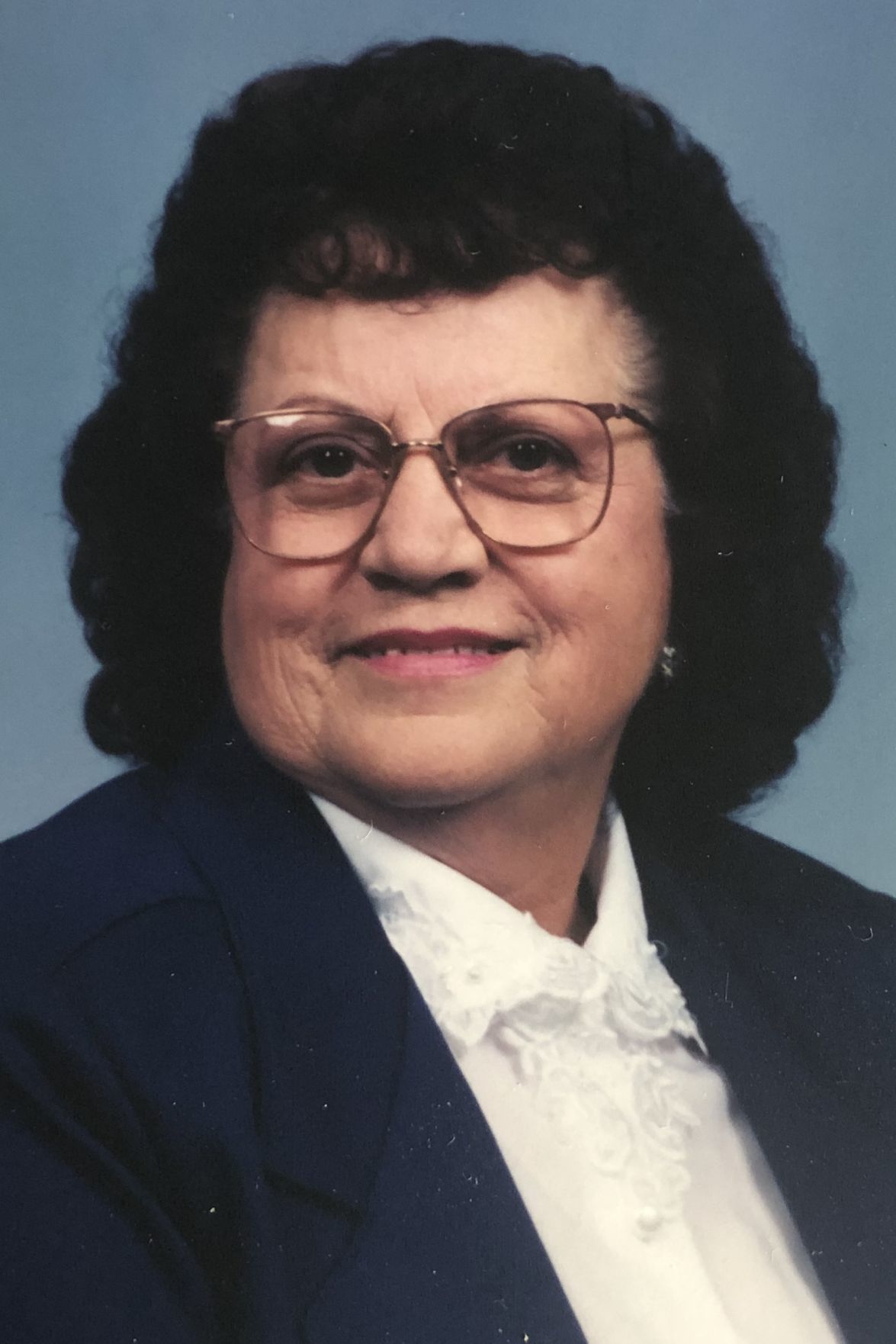 STANLEY — Geraldine H. Mahal, 91, of Stanley passed away Wednesday, Jan. 4, 2020, at Our Lady of Victory Hospital in Stanley. She was born at home April 14, 1928, to the late Edward and Hazel (Hatfield) Samplawski. Gerri attended area schools and graduated from Stanley High School. On July 7, 1947, Gerri married Theodore J. Mahal at St. Anne’s Catholic Church in Stanley.

Gerri worked side-by-side with Theodore on the family farm for 51 years. She also worked at Victory Medical Hospital as a CNA for 24 years and at the Stanley Boyd High School Library for five years. She loved raising her children, greatly enjoyed attending sporting events for her grandchildren and great-grandchildren and enjoyed watching tennis, golf or the Brewers.

A funeral service is planned for 11 a.m. Wednesday, Jan. 8, at Plombon Funeral Home in Stanley. Pallbearers are Tim, Scott, Matt, Chad, Ryan, Chris and Sonya. Burial will follow at Holy Family Catholic Cemetery in Stanley. There will be a visitation from 4 to 8 p.m. Tuesday evening at the funeral home and one hour prior to the service. 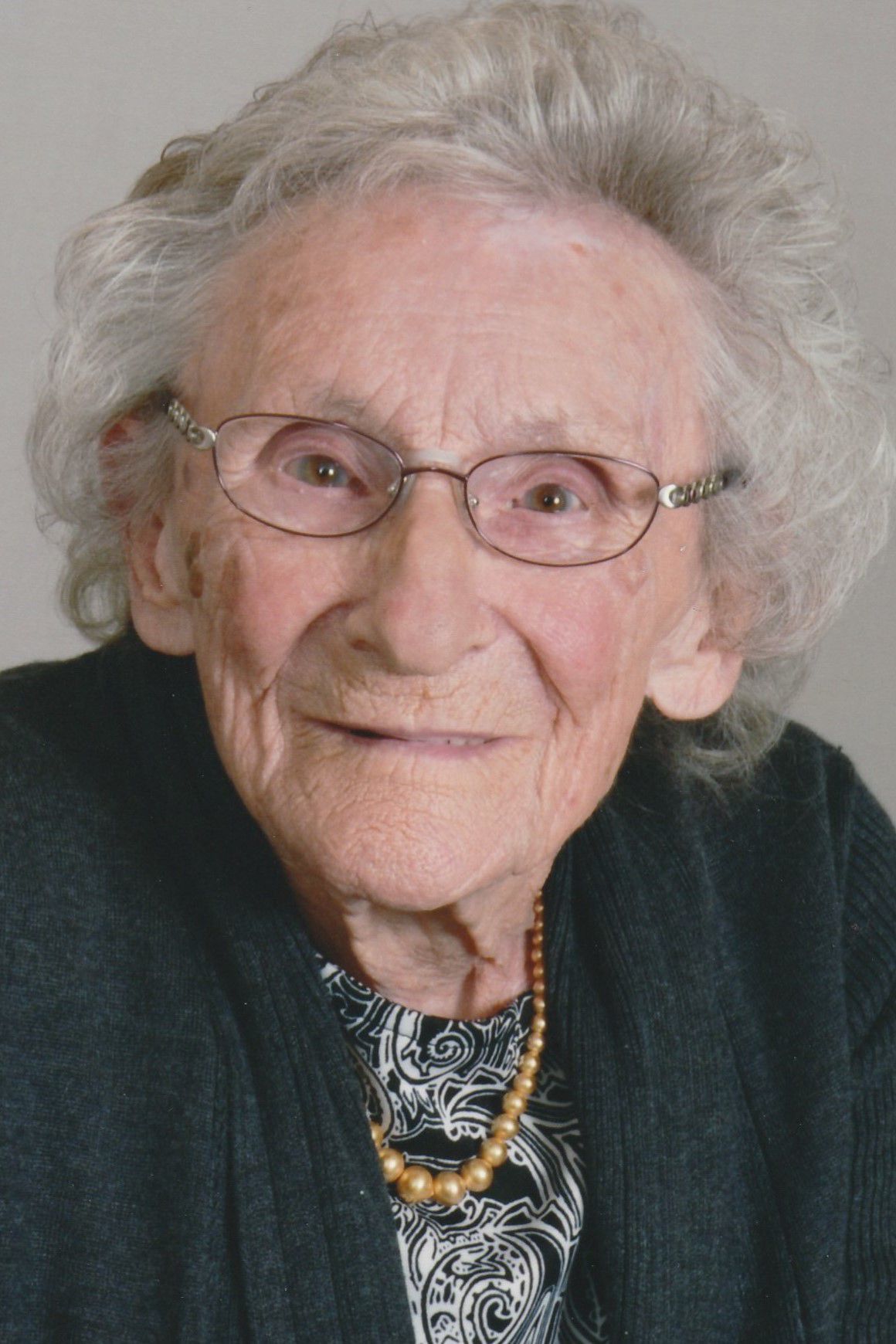 BOYD — Ellen H. Scheidler, 97, of Boyd passed away peacefully with family at her side Friday, Jan. 3, 2020, at the Chippewa Manor Nursing Home in Chippewa Falls.

Ellen attended Matott School and later worked at Sunbeam in Chicago, Ill. Ellen Peterlik married Samuel Scheidler Oct. 8, 1947, following marriage they lived and farmed in the Town of Goetz until 1986 when they retired and moved to the town of Colburn.

She enjoyed baking, canning, her dogs, watching birds and spending time with family and friends were she welcomed everyone to her dinner table.

She was preceded in death by her parents; husband, Samuel; infant son, sisters, Mae Ernst, Betty Dufek and Jennie Peterlik; and an infant brother.

A service of Christian Burial will be held at 11 a.m. Wednesday, Jan. 8, at St. Rose of Lima Catholic Church in Cadott, with Deacon Ned Willkom officiating. Interment will follow the service at St. Anthony’s Catholic Cemetery Drywood, Wis.