Get our local education coverage delivered directly to your inbox.

More than 70 people attended the the annual meeting comprising eligible district electors — adult residents who live in Kenosha, Pleasant Prairie and Somers — with a conservative majority intent on fighting back against what they have viewed as wasteful spending of tax dollars to operate schools and a lack of accountability with its elected officials. The meeting was held at the Indian Trail Academy and High School auditorium, 6800 60th St.

A majority of residents elected Eric Meadows of Pleasant Prairie, who ran for, but did not win a seat on the School Board earlier this spring, to chair the meeting. Also nominated was current School Board President Yolanda Santos Adams, who has been targeted for recall by Moms for Liberty, a local parent group.

Among the first orders of business acted on, electors voted to change the salaries of School Board members to a $100 per in-person, regular meeting attendance only, with no compensation for "virtual attendance of any type of meeting," according to the motion proposed by Pleasant Prairie resident Amanda Nedweski, who is also the co-chair and spokeswoman for Moms for Liberty. Board members would also receive no compensation for special meetings and committee meetings. Currently, each School Board member, including the board president, is paid an annual stipend of $6,500 apiece.

"In the many years of service of some members of the current Kenosha Unified School Board, the academic and social outcomes of KUSD students have declined, while the board of education has consistently voted to increase district spending amid significantly declining enrollment. They have repeatedly ignored the input and will of the electors," she said prior to the vote.

The motion was intended to hold School Board members accountable for their actions, she said.

Kenosha resident Joyce Behlke, who served on the board 20 years ago, objected to the measure saying that board members don't receive enough pay for what they're expected to do, which includes not just the meetings, but preparing for them and learning the issues.

"I think we should compensate the board for this time that they give to the public, to the Kenosha Unified (district) and to the children," she said. "Because it takes a lot of time."

Brooks Litz of Pleasant Prairie, who previously ran for the board but was not elected last spring, said he had not known board members were compensated. He said he sought a position on the board, not for the pay, but because it was his civic duty.

"We need to start spending properly and cutting back where we can. And I believe you lead by example, starting at the top," he said. "School Board should take a cut thereby bringing our expenses into line with our budget. We cannot keep raising out taxes on our residents, especially in these times."

According to Tarik Hamdan, Unified's chief financial officer, both changes would go into effect immediately.

Earlier in the evening prior to the public hearing on the budget, Hamdan presented to the School Board a proposed budget for next year with a preliminary tax levy of $88,907,061. That amount represents a 6.98 percent decrease to this year’s total levy of $95,574,353.

During the annual meeting, however, the majority of electors voted overwhelmingly in favor of an alternative recommending administration reduce the tax levy to $86,000,000, for the 2021-22 fiscal year.

In her motion, Nedweski said the district's proposed $331 million spending plan for year, which includes the net total of expenditures for all of its funds, is $23 million greater than the previous year's budget and reflects a 7.73 percent increase.

"Meanwhile, the district's drastic enrollment drop last year has not been recovered. Current KUSD enrollment does not justify the additional $23 million in proposed increased expenses. In fact, expenses should decrease when revenue tied to enrollment drops," she said before the vote. "I move that that the recommended tax levy for 2021-22 be $86,000,000, which is $1,178,619 less than the tax levy two years ago in the year 2019-2020, when the district had 1,276 more students enrolled than it has enrolled today."

Earlier this week, Unified announced a slim gain in students with its initial third Friday enrollment count of 19,620 students for the 2021-22 school year, an increase of 37 students, compared with 19,583, the previous year.

Following the meeting, Hamdan said the final tax levy and property taxes could still change and that the electors' recommendation on the levy was advisory. Re-calculated equalization aid and final property values, which the district will receive next month from the state, could also affect the levy. The School Board scheduled to vote on a final version of the budget Oct. 26.

Get our local education coverage delivered directly to your inbox.

Watch Now: What does Lake Mead’s drought mean for the West?

No major injuries after plane runs off Texas runway

No major injuries after plane runs off Texas runway 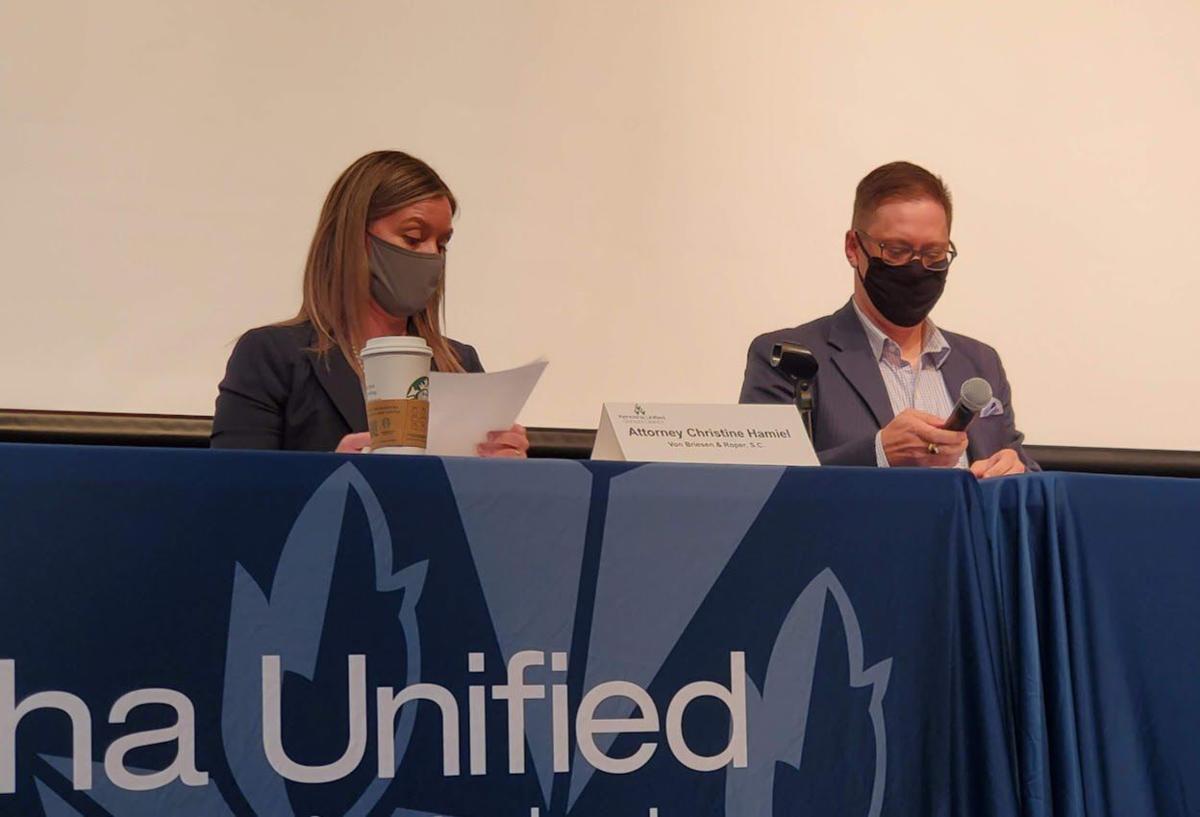 Kenosha Unified attorney Christine Hammiel of Von Briesen & Roper, left, seated with Pleasant Prairie resident Eric Meadows, who was voted in by a majority of district residents to chair the annual meeting of electors Tuesday night. 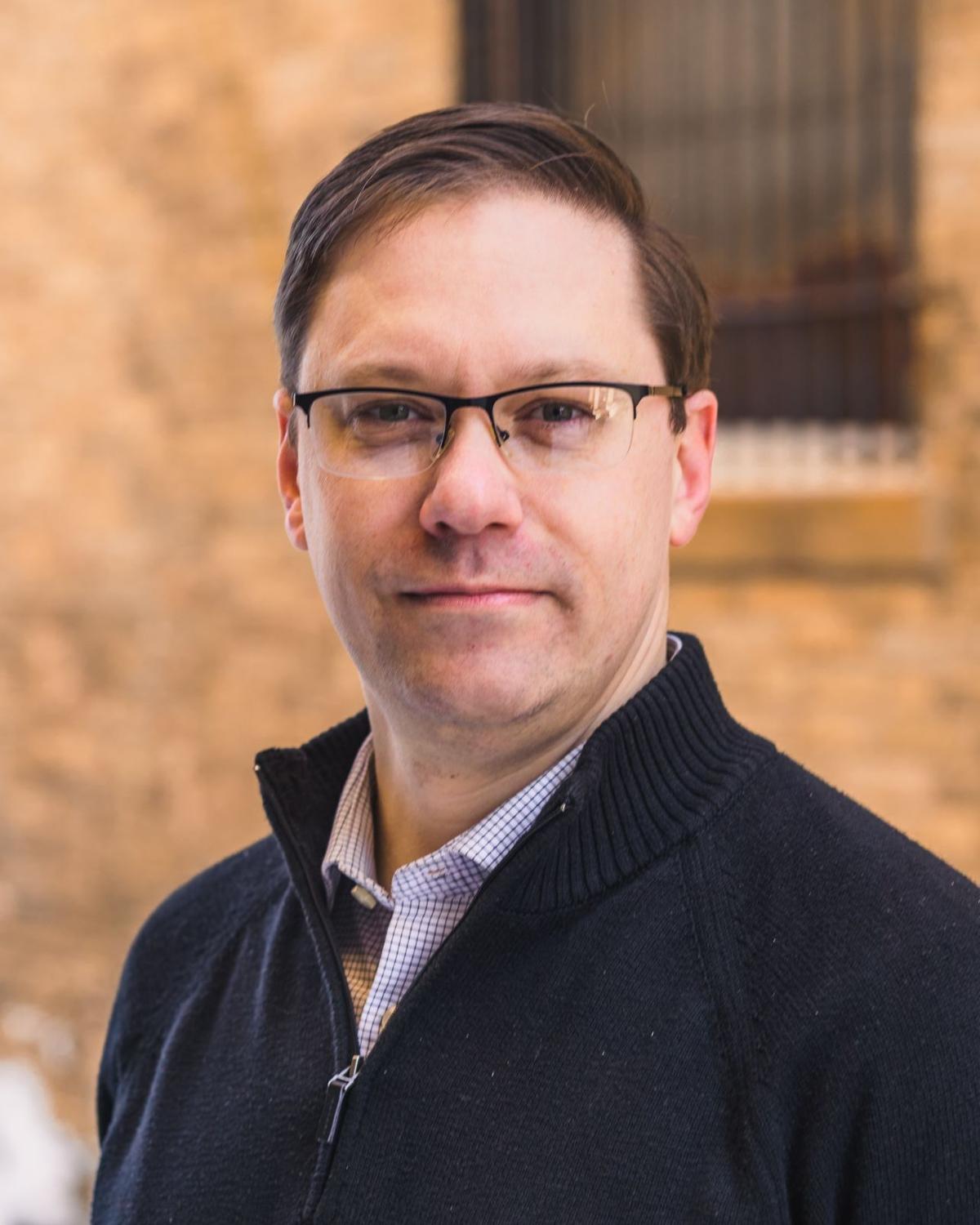 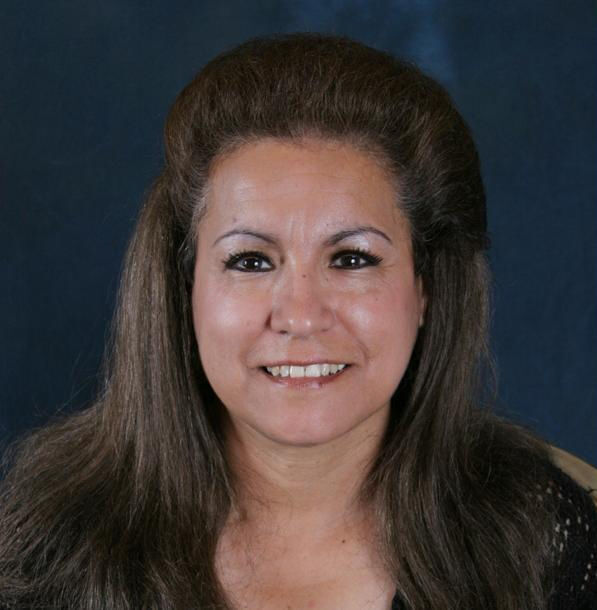 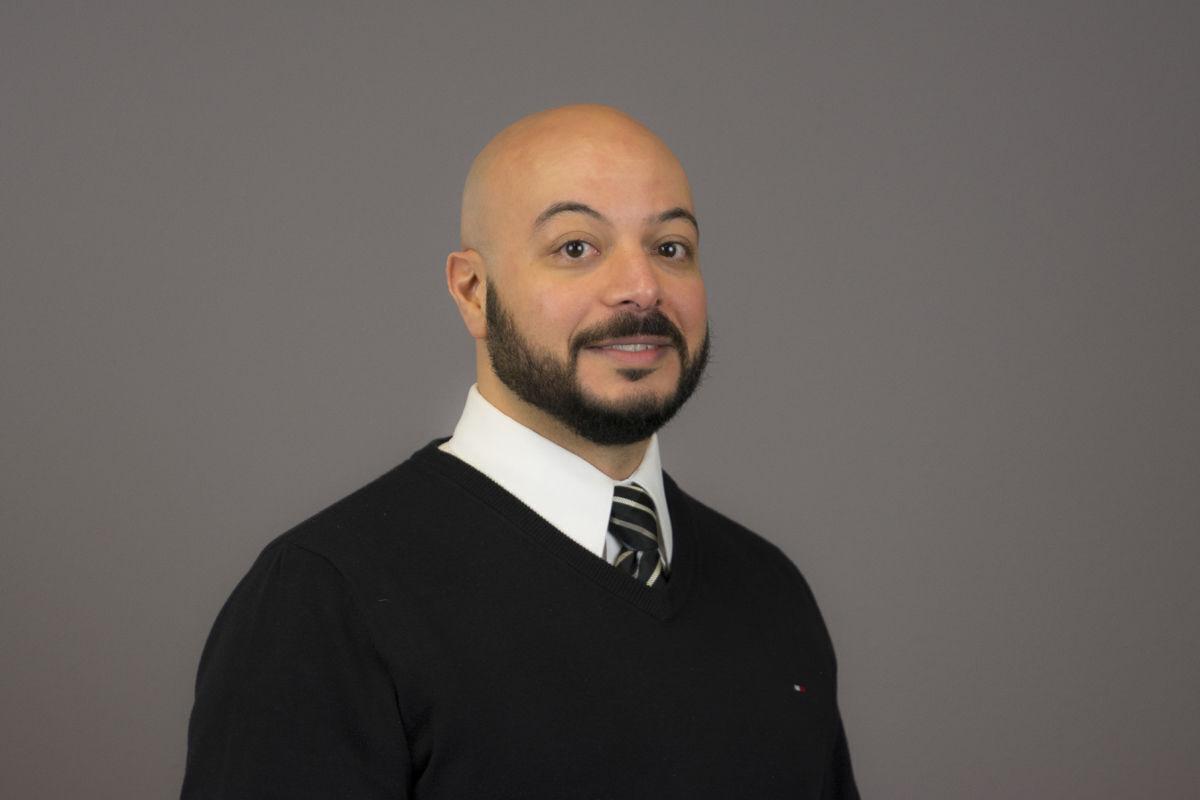