A Wisconsin Department of Natural Resources volunteer discovered a plant in Sauk County that has not been documented in the area for nearly a century.

The maidenhair spleenwort — a fern that grows on cliffs — is a rare plant species that has not officially been seen in the Baraboo Range area since the 1930s, according to Kevin Doyle, Wisconsin DNR Natural Heritage Conservation Botanist and Rare Plant Monitoring Program Coordinator. This changed when Ben Redding, who volunteers with the Rare Plant Monitoring Program, his sons, and their dog went hiking in the area and discovered the plant.

“This plant, the maidenhair spleenwort, is listed as ‘special concern’ in Wisconsin,” Doyle said. “Rare plants are listed as endangered, threatened or special concern. It’s known from like three or four distinct, separated areas in Wisconsin. Ben Redding had done a number of rare plant surveys for us and had gotten familiar with some of the sites in the Baraboo Hills (Baraboo Range), but on this particular day, they were just kind of poking around and, sure enough, they got to one area and found this fern.”

Two days after discovering the maidenhair spleenwort, which has the scientific name Asplenium trichomanes, Redding emailed Doyle regarding his finding. Doyle subsequently discovered that the plant had last been reported in the area roughly 90 years prior.

“These discoveries are very exciting. They help increase our understanding of the number and locations of rare plant species to better monitor and protect them,” said Doyle in a DNR release about the discovery. “Volunteers also revisit known locations, another super important part of the conservation process. If we don’t check up on these populations, we won’t know when they are in trouble.”

The DNR announced the discovery, which occurred last summer, in a release on Friday. Attempts to reach Redding for comment Monday were unsuccessful.

According to Doyle and the DNR website, the maidenhair spleenwort has also been identified near Wisconsin Dells. The plant is mainly found on cool, shaded cliffs in hardwood forests, but has also been seen on dolomite, sandstone, basalt and other related rocks, according to the website.

“In the last five years, it has been seen in a handful of other spots,” said Doyle. “This particular population hadn’t been seen in 90 years.”

Doyle added that the DNR gauges its actions with rare species by tracking them over time after discovering them. The DNR gets updates from volunteers and others to monitor different factors, including invasive species, climate change and flooding.

“Even though other populations have been seen, it’s important to get updates on other ones,” said Doyle. “To get a 90-year update on a population, it’s great. It basically brings that population back into the fold of our assessments. We’re considering that a viable population now in a way that we weren’t doing before Ben’s survey. It’s almost like a new population was found.”

Doyle said the maidenhair spleenwort and other cliff/rock-residing species are unique because of their decreased susceptibility to invasive species as opposed to plants on the forest floor or in prairies. He said bigger threats to cliff plants are rock climbing and flooding and subsequent cliff erosion.

“The site where the plants were found is already a state natural area,” said Doyle. “The site itself is preserved in terms of development, pressure, or mining or big logging operations and stuff like that.”

Doyle added that the areas other than South Central Wisconsin where the fern has been spotted are the Door County area and the north central portion of the state (Iron and Ashland counties in particular).

Other plants on the DNR’s list of 336 rare plants that reside in the Baraboo/Wisconsin Dells area include: Short’s rock cress (Boechera dentata), Rocky Mountain sedge (Carex backii), and rope dodder (Cuscuta glomerata). All of these fall under the special concern category, similar to the maidenhair spleenwort.

The TPC Network has announced that it plans to license the club, which will be renamed TPC Wisconsin when it reopens next year under the design of pro golfer Steve Stricker. 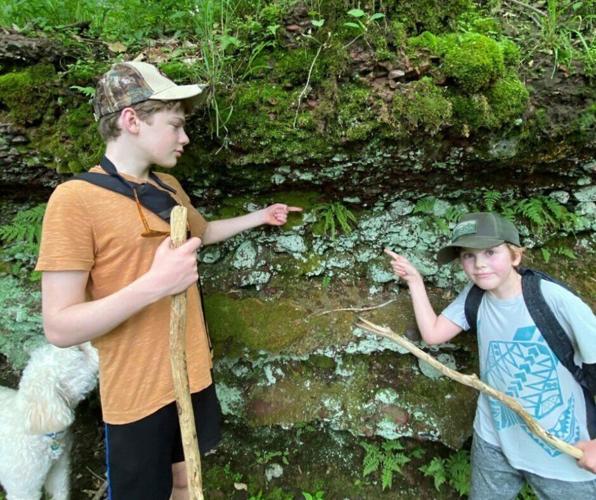 Ben Redding, a volunteer with the Wisconsin DNR's Rare Plant Monitoring Program, hiked with his two sons, pictured, and discovered the maidenhair spleenwort on a rock in the Baraboo Range. 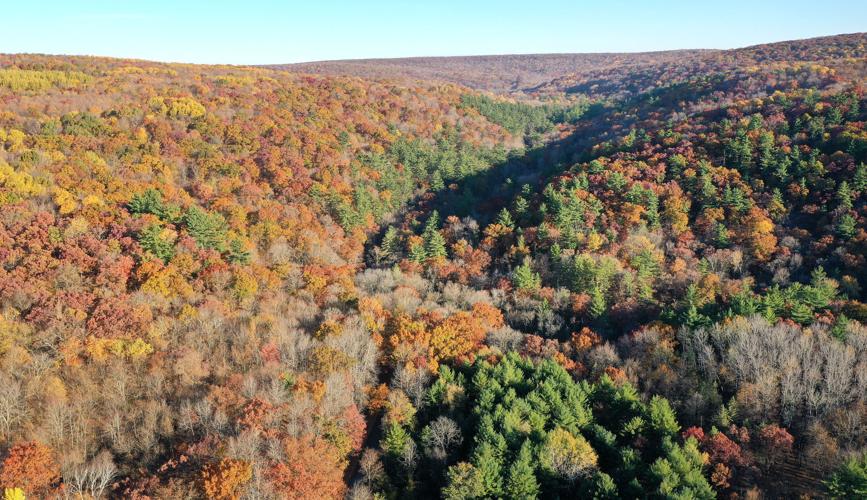 The discovery was the first documented appearance of the maidenhair spleenwort in Baraboo Range, pictured, in 90 years.