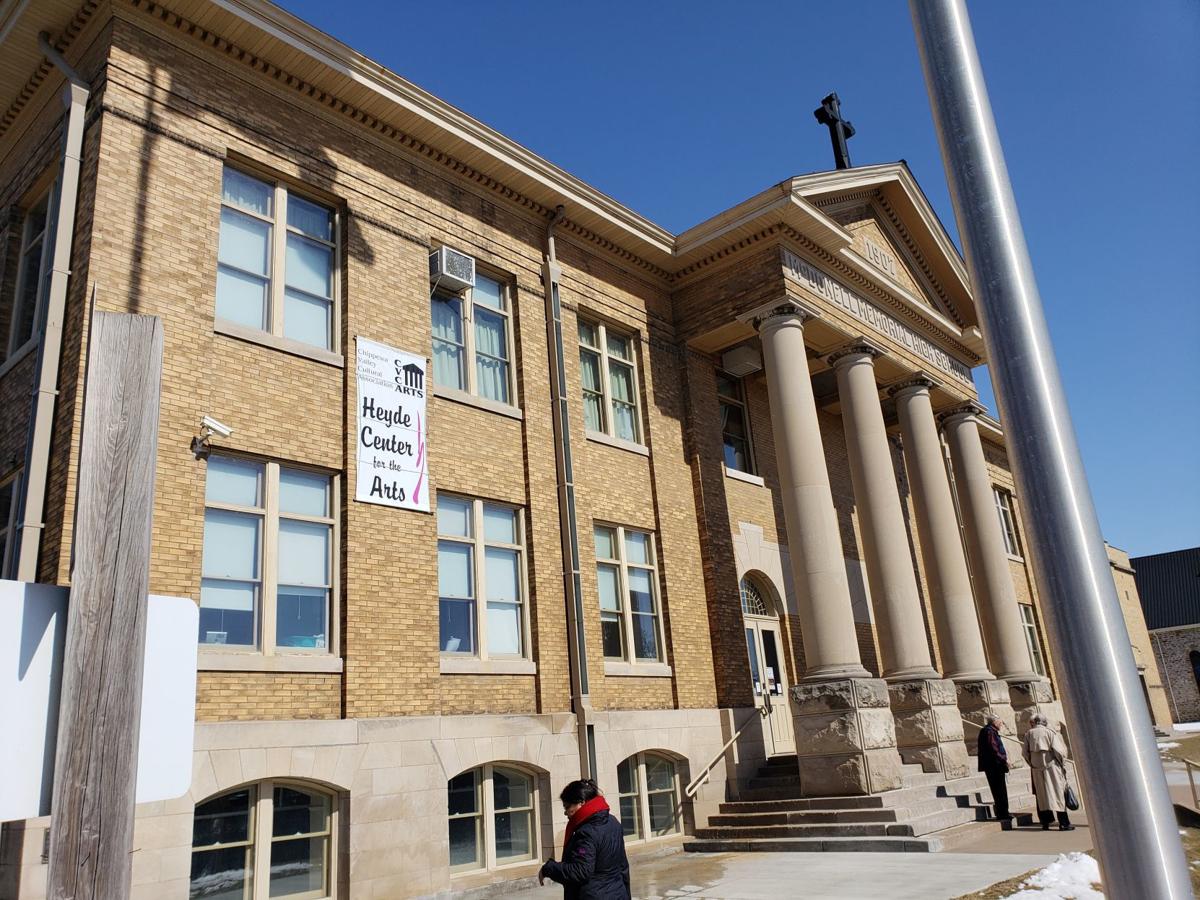 The Heyde Center for the Arts in Chippewa Falls is ready to celebrate 20 years of the arts. 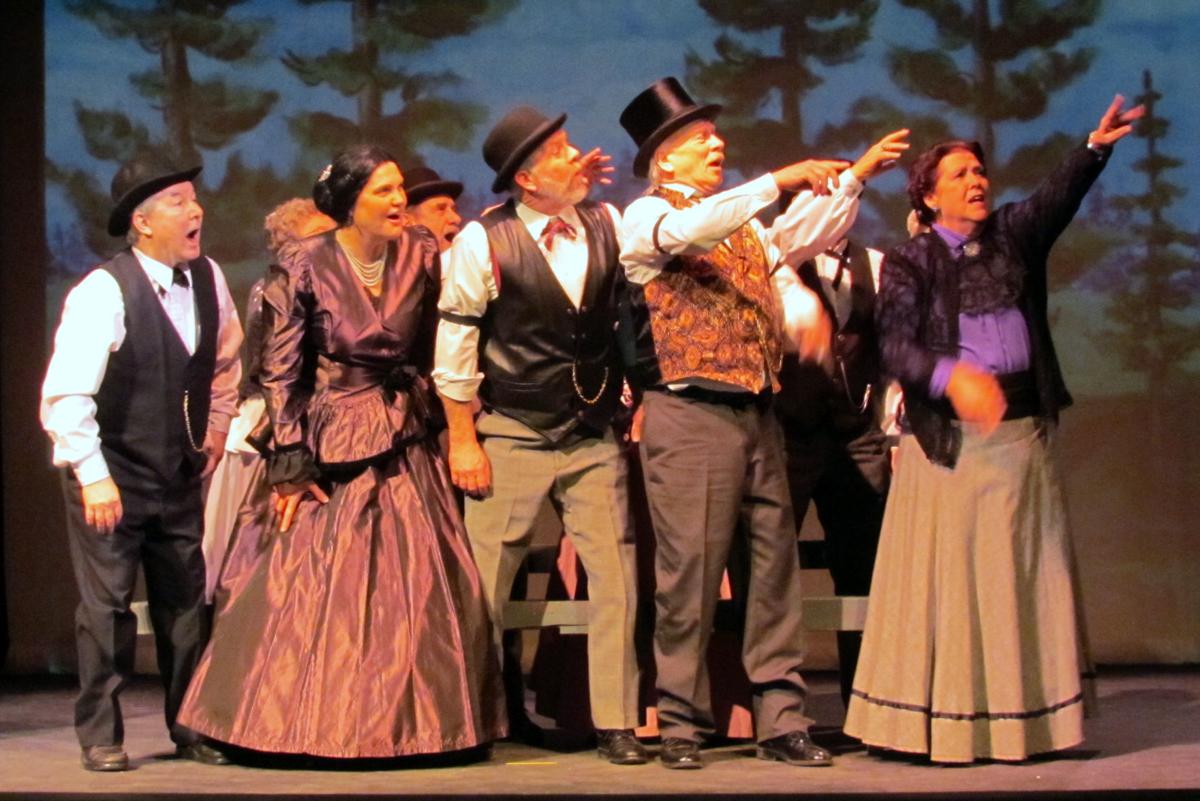 The Heyde Center for the Arts in Chippewa Falls is ready to celebrate 20 years of the arts.

CHIPPEWA FALLS — The Heyde Center for the Arts is turning 20 years old, but in the view of executive director Deb Johnson, “We’re like a young 20 years old.”

“We’ve graduated high school, we’re into college, but we’re looking forward — lots of exciting stuff still coming,” she said. “We’re not even getting to our prime yet.”

It’s an apt metaphor for a building that, from 1907 to 1964, was a high school before a long period of dreaming and hard work culminated in the reopening of the hilltop structure in 2000.

Part of the youthful energy Johnson alluded to will be on display later this month in a video that shows Chippewa Falls residents helping the arts center celebrate.

Here are some of the acclaimed performers on the 2020 schedule at Heyde Center for the Arts:

At 6:30 p.m. Tuesday, Nov. 12, attendees at an open house can enjoy the world premiere of a video set to Justin Timberlake’s “Can’t Stop the Feeling.” The four-minute production features 150 local residents from 31 organizations marking the Heyde Center’s anniversary with exuberant singing and dancing. To be shared on social media after that, the video is a sort of kickoff to the 20th anniversary year of diverse programming that features local talent as well as internationally known stars.

The video participation represents a lot of people, but as Johnson noted, that’s exactly the hope for what she said is accurately called a community arts and cultural center — with special emphasis on the word “community.” That is to say, Johnson wants the building to be known as far more than a venue that brings in productions.

“Because if you are called a presenting organization, it doesn’t really capture the entire depth,” she said.

In fact, community involvement also is reflected in the video, as Johnson was delighted to see many of the participants showed their own creativity by carefully planning their screen time, including in some cases using props.

As an example of Heyde Center’s value to the community, Ben Smasal and his wife, April, had their wedding reception there. Smasal is president of the board of directors for the Chippewa Valley Cultural Association, which does business as the Heyde Center, and program committee chair for the center.

Their wedding theme was vintage (they got married at the Cook-Rutledge Mansion), he explained in comments via email, “and the Heyde Center fit our vision beautifully.”

“The classic design of the building, the grandeur of the auditorium, and the personal attention from the staff all worked to make our wedding reception exactly what we imagined,” he said. They also used the stage for a ballroom dance performance for their guests, as Smasal and his wife are avid ballroom dancers.

Among the events Smasal enjoys are Taste of the North, a fundraiser for the Heyde Center celebrating food and drink as art that he and his wife co-chair, and the locally produced theatrical productions. “The community involvement in these plays is abundant and gives people in the community a chance to see friends and family perform,” he said.

Jerry Way, a musician, actor and playwright, was part of the group that restored Heyde Center and remains delighted with the facility. As he put it in emailed comments, the historic landmark “has been restored to a level of beauty and utility few could have imagined.”

“The community response has been amazing for every area of the arts — the visual arts, music, theatre, dance, and writing — for creators and audiences alike,” he added. “Rehearsals, performances, workshops, exhibits, meetings and celebrations are carried on in different areas of the facility, often simultaneously. Programs continue to evolve for all ages and interests.”

Among Way’s original works are historically based musical productions about the region that feature local performers and sets created by his wife, Carol. He said grassroots arts involvement is the backbone of the Heyde Center for the Arts.

“It is deeply rewarding to have original work performed in a welcoming space and enjoyed by appreciative audiences,” he said. “I love writing, directing and performing stage productions and concerts with talented community groups such as the Swampers, the Wayward Players, Summer Theatre, Chippewa Valley Community Chorus and MJ Consort. My wife Carol loves creating stage sets, exhibiting paintings, and involvement with the Valley Art Association. The Heyde Center for the Arts ... makes this possible for community members of the Chippewa Valley. As we often say, ‘You meet the nicest people in the arts.’”

Way and Smasal are far from alone in their appreciation of the venue, as visitor evaluations show.

The variety of events Heyde Center offers is helped by the fact that those who painstakingly restored the building allowed for adaptable seating. Specifically, chairs aren’t fastened to the floor, so the center can offer events such as dinner theater performances, which have become especially popular.

Seats also can be arranged to suit the attendance on a given night.

At capacity, the auditorium can hold 430 people, a crowd that has seen nationally touring artists such as actor-musician-playwright Jeff Daniels, Chippewa Valley-based author-musician-humorist Michael Perry and the Eau Claire-based Irish music band Shillelagh Lads, who packed the place for their final performance last year.

The fact that the theater is wider than it is long helps keep the audience in closer proximity to the stage.

“I think the connection to the performers is really important for the venue part of it,” Johnson said. “Intimacy also has helped the center attract a loyal following.”

As a part of that ethic, performers often come out after the show to visit with the audience. “That kind of connection with an audience and a performer is golden, I think,” Johnson said.

Johnson pointed out how the Heyde Center is different from, say, Target Center in Minneapolis.

“We’re going to have, I will say this with no problem, just as high-quality, amazing performers that have not made it that big,” she said. “But they’re here in our auditorium, and you get a chance to have a little bit more of a personal relationship with them.”

For 2020, Johnson said, the center will host 24 performances she calls “cornerstones” to the schedule as well as another series featuring six (and possibly more) shows that typically are held in the afternoon and are aimed at families and seniors.

While Johnson and the rest of the Heyde Center staff are proud and humbled by the positive reactions of audience members, she said she wouldn’t mind seeing attendees sample performances they may not have experienced before.

“The challenge of it is making sure we’re always mixing new and comfortable and familiar (which) is what a lot of people will come for,” she said. “New is what I’m hoping that people will start to expand and try.”

Johnson recounted a conversation with a neighbor who complimented her on the “fun things and cool things” the Heyde Center presents. But she added: “‘How do you know when you go that you’re going to like it before you go?’”

As Johnson told her friend, “You’ve got to try.” She believes that so firmly that when she hears from an attendee who tells her the performance was high-quality but that it wasn’t something they warmed to, her reaction is: “‘Well, that’s awesome.’ At least they came and tried it.”

But she also has received feedback from people who also stepped out of their comfort zone and told her: “‘I had no idea. I was just blown away by that performance’ or ‘That was the best performance I’ve ever seen.’”

Johnson also finds it tremendously rewarding when artists say, “‘This is my first paid gig.’ or ‘This is the first time I’ve ever shown my artwork to someone,’” she said.

Those gratifying comments — whether they’re musicians, actors, authors, visual artists or chefs — seemingly point to the creative energy that should keep Heyde Center thriving for another 20 years and beyond.

Dive into the latest 2 years of archives & more with a membership!