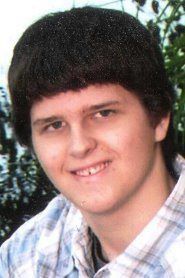 He was born April 4, 1995, in Crookston, Minn., to Joseph Anderlik and Emily (Runyon) Anderlik.

Isaac graduated from Chippewa Falls High School, where he was in the marching and jazz bands, participated in the Math Mete and was an honor roll student. After graduating from Chi-Hi in 2013, Isaac attended UW Eau Claire and later transferred to UW Superior. Isaac pursued a degree in computer science and mathematics, making the dean’s list. Isaac was going to graduate this December. During his time at UW Superior, he belonged to the UW Superior Math and Computer Science Club, placing in computer programming competitions.

Creativity was Isaac’s gift; he enjoyed reading and writing poetry and short stories, drawing, playing chess and putting together anything that was a puzzle. Currently, he was working on independent number theory research motivated by dual prime factorization.

He was preceded in death by his grandmother, Beverly Winnie; grandfather, Joseph Andrlik Sr.; and uncle, Darrell Andrlik.