Read through obituaries from The Chippewa Herald 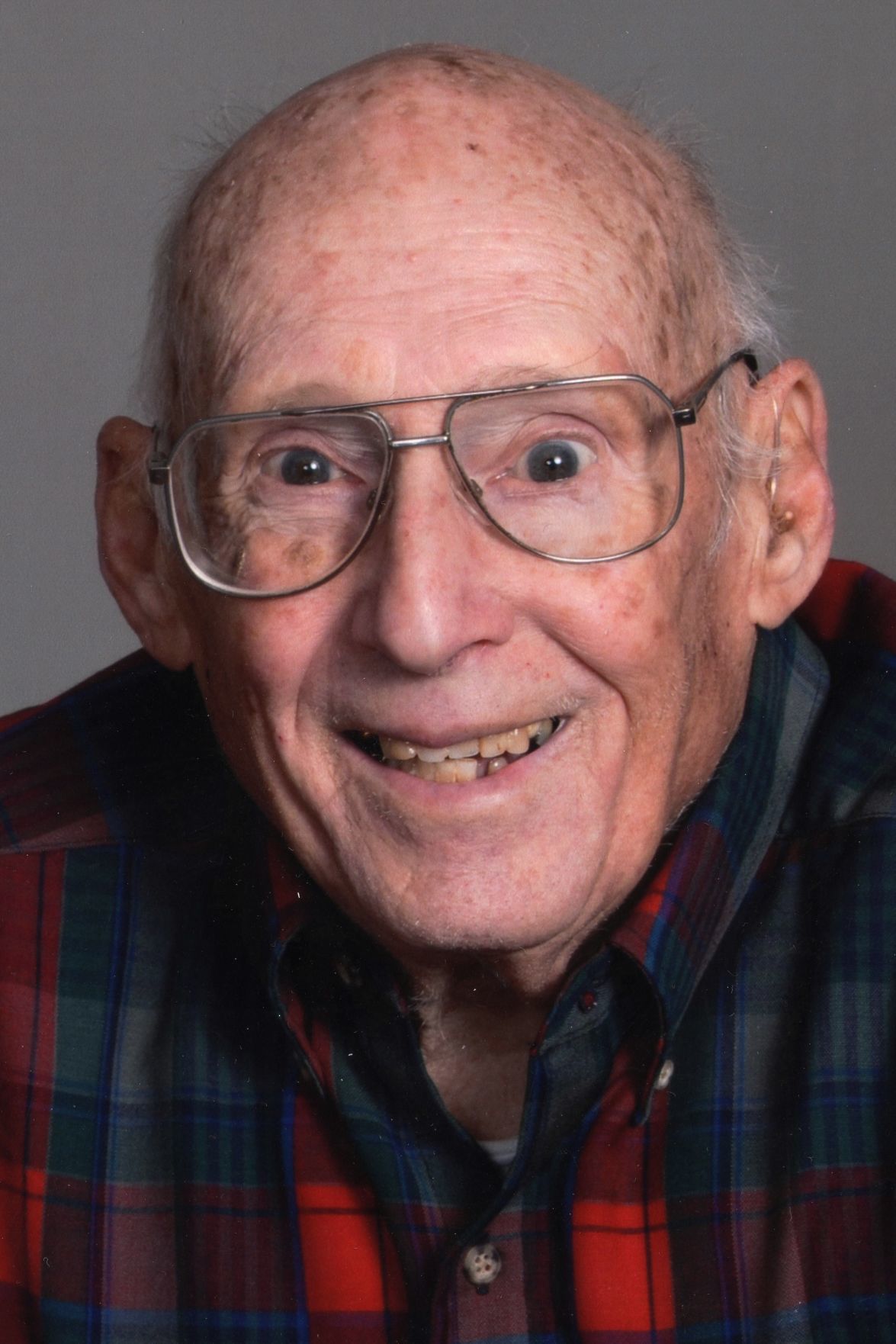 He proudly served honorably in the U.S. Navy during World War II, where he worked as a machinist onboard the aircraft carrier USS Manila Bay in the South Pacific.

On Feb. 15, 1947, he married Helen Steinbach in Symco. They resided in Chippewa Falls where Richard worked at CT Film and at Ed’s Boot and Shoe Store. He enjoyed flower gardening, working in the yard, creating stained glass pieces of art, cheering on the Green Bay Packers, traveling, and visiting with people.

In 2011, Richard deservingly went on the Freedom Honor Flight to Washington DC to see the World War II Memorial there.

He will be dearly missed by his four children, Sharon (Dennis) Krumenauer of Holmen, Kathy (Lonnie) Heidtke of Ladysmith, Cindy (John) Carlson of Chippewa Falls, and Gerald (Illa) Russell of Chippewa Falls; a sister, Carol (LaVerne) Schreiner of Tilden; nine grandchildren, 16 great-grandchildren, and many nieces and nephews.

A funeral service will be held at 11 a.m. Friday, Nov. 22, at Zion Lutheran Church, Chippewa Falls with the Rev. Timothy Jones officiating. Interment with military honors by the Chippewa Falls Patriotic Council will follow at Forest Hill Cemetery, Chippewa Falls.

Visitation will be from 9:30 a.m. Friday until the time of service at the church.

Memorials in Richard’s honor may go to Irvine Park or Zion Lutheran Church.

The family would like to express their sincere gratitude to the staff of Aggie’s Country Living, Visiting Angels, and Mayo Clinic Hospice who showed great kindness and love to Richard and his family. Also, a special thank you to the volunteers of Mobile Meals, who Richard looked forward to seeing each visit.

When people came to visit him, Richard’s parting words to them were “Thanks for coming, drive safe.”

Don R. Chamley, 79, of Chippewa Falls was called home Sunday, Nov. 10, 2019, while peacefully surrounded by his family at his home.

Don worked for the Soo Line Railroad as a communication maintainer for 35 years.

Don was preceded in death by his parents, Lloyd and Ruth (Crooks); brother, Walter; sister, Irene; grandchildren, Paige and Randy; and son-in-law, Bill.

Private services will be held at a later date.

ABBOTSFORD, Wis. — Myron J. Budzinski, 62, of Abbotsford passed away surrounded by his family Wednesday, Nov. 13, 2019, at Marshfield Medical Center. A Mass of Christian Burial will be at 11 a.m. Saturday, Nov. 16, at St. Bernard Catholic Church in Abbotsford. Father Tim Oudenhoven will officiate. A visitation will be 3 to 7 p.m. Friday, Nov. 15, and 10 to 10:45 a.m. Saturday at the Maurina-Schilling Funeral Home in Abbotsford. Express condolences online at www.maurinaschilling.com. 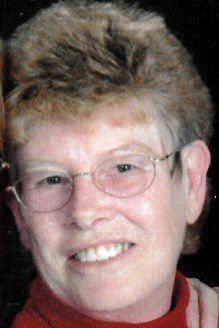 Carole F. Brazeau, 76, of Chippewa Falls, died Monday, Nov. 11, 2019, at her residence surrounded by her loving family under the care of St. Joseph’s Hospice.

Carole was born Feb. 17, 1943, in Chippewa Falls, the daughter of Roland and Josephine (Tandberg) Bischel.

Carole enjoyed Yahtzee “dice,” her coffee, cooking, sassing with others, but especially loved being around her family.

Carole was preceded in death by her husband, George, Dec. 10, 2007; one daughter, Mary Kay Brazeau; her parents; one brother, James Bischel; and one sister, Joan Swoboda.

Funeral services will be held at 10:30 a.m. Saturday, Nov. 16, at Notre Dame Church in Chippewa Falls. The Rev. Jesse Burish will be celebrant of the funeral Mass. Inurnment will be in Hope Cemetery in Chippewa Falls, at a later date.

Friends may call from 4 to 7 p.m. Friday, Nov. 15 and from 9 to 10 a.m. Saturday, at the Horan Funeral Home in Chippewa Falls. The ladies of Notre Dame will recite the rosary at 4 p.m. Friday at the funeral home. 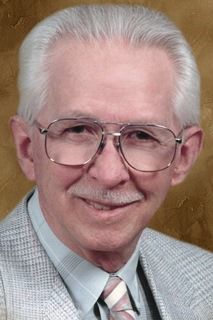 He was born July 30, 1923, at the family farm in the town of Eagle Point, the son of Ida P. (Gerber) and William C. Polzin. He was baptized and confirmed at St. John’s Lutheran Church in Eagleton. He attended school at the two-room Eagleton State Grade School and graduated from Chippewa Falls High School, class of 1941.

Following high school, Harold became a milk tester for the Eau Claire County Dairy Herd Association. He was then employed as a herdsman for the Cloverbelt Farm in Jim Falls. With a new salary of $70.00 a month he was really living!

Harold was interested in airplanes at a young age and in his teens, found a former military pilot to give him flying lessons. He was certified to fly on a student permit after eight hours of training for a mere $8.00 an hour. At age 21, Harold bought his own plane, a Piper Cub J2, which he had found for sale in Kentucky. He and a friend traveled on the “400” to Chicago, the “Kentuckian” and a Greyhound bus to get there. He paid $650.00 and flew his plane back to Chippewa Falls.

After getting kicked in the face by a horse, Harold decided another line of work was in order, so for 12 years he was the parts manager at Chippewa Valley Auto. In his 40s, Harold worked as a sheriff’s deputy for Chippewa County. When World War II started, the federal government implemented the Civil Air Patrol, or the Air Force Auxiliary. Harold met with the Wisconsin CAP Wing Commander and Air Force liaison officer. He applied for a charter and with their help, set up the Chippewa Falls Unit. He was the CAP Squadron Commander for a number of years, retiring as Lt. Colonel. While considered a civilian, he worked and met with Air Force officers regularly.

He was appointed Chippewa County Civil Defense Director, responsible for the county’s safety, medical and food supplies in preparation for war. Working with Motorola and pursuing grants with the Federal Government, Harold was able to get a fully funded duplex radio system that was used by the Sheriff’s Department, County Highway and other departments. Harold later became the Chippewa County Zoning and Planning Director, retiring from that position in 1985. While in that position he served as treasurer for the WI Regional County Zoning Administrators and the WI County Code Administrators. In 1969, he received a letter from the Wisconsin Speaker of the Senate, advising him he was appointed to be a member of the Senate Committee working on the Agricultural Act of 1970. It turned out to be quite a learning experience.

Harold loved traveling, many a family vacation was spent driving through the U.S. and Canadian National Parks; one time even having a bear on the roof of our car! He had a passion for photography and could be counted on to take pictures wherever he went. He took that hobby to the next level by building a dark room in his basement to develop his pictures. By necessity he was a handyman; anything that needed to be done he could do. He was a loyal Packers fan who looked forward to “hearing” the game after macular degeneration affected his vision. Another area of interest was weather, which led him to work as a weather spotter for the National Weather Service. Harold was a man of faith and integrity; his word was his bond. He was a member of Zion Lutheran Church of Chippewa Falls since 1952, serving in many positions and making lifelong friends.

The family would like to thank “Visiting Angels” and Chippewa County in-home nursing staff for their loving care and kindness. A special thank you to Pastor Jones for his support while Dad was hospitalized; and to Brian, for transporting Dad so he could continue worshiping and sharing fellowship with his church family.

A funeral service will be held at 11 a.m. Saturday, Nov. 16, at Zion Lutheran Church, Chippewa Falls, with the Rev. Timothy Jones and the Rev. Gary Paul officiating. Interment with a Civil Air Patrol flyover (weather permitting) will follow at Eagleton Cemetery.

Visitation will be from 4 to 7 p.m. Friday, Nov. 15, at Pederson-Volker Funeral Chapel, Chippewa Falls, and one hour prior to the service Saturday at the church.

In lieu of flowers, memorials may go to Zion Lutheran Church. 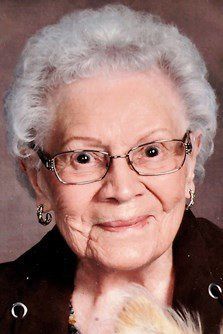 Our mother, Gerry Bejin, passed away Friday, Nov. 8, 2019. She was born Geraldine Genevieve Alexander (quite a mouthful for a little kid) Nov. 25, 1925, in Sheboygan, Wis. She would have turned 94 later this month.

Mom grew up in Rockland, Wis., a small rural community east of La Crosse and attended school in Bangor and Sparta. She moved with our grandparents, George and Jennie, to Chippewa Falls and completed her senior year at Chi-Hi. She met our father, Bruce Bejin, and they were married for 42 years prior to his passing in 1992.

Prior to starting a family, Mom was a beautician and throughout her life always enjoyed making sure her hair was properly coiffed. After raising our family, Mom continued to be busy cooking, canning and baking. And she loved her dogs, especially Mitzy and Sammy. She had a real passion for knitting until her eyesight made that hobby too difficult. For many years after our Dad passed, she enjoyed organizing funeral lunches at Holy Ghost Church, where she was a member. Mom was also a huge Packers fan and loved professional basketball.

Our family would like to give a special thanks to Sheena’s fantastic staff at Aggie’s Country Living. They lovingly called Mom “Peanut” and gave her and our family amazing support. Finally, a shout out to the staff of Mayo Hospice, especially Nurse Cheryl.

David and Shirley have five daughters, LaCena (Rod) Lee, Marcel, Louanne, Alisa (Paul) Lein and Amy (AJ) Sherman. She has one sister, Claire (Ray) Wright of Verona, Va.; a sister-in-law, Charlotte Kennedy of Staunton, Va.; and a brothers-in-law, Clarence Cheever Jr. and Nelson Cline; Shirley is further survived by a number of grandchildren; and great-grandchildren; nieces; nephews; and a dear friend, Michele Pederson.

Shirley loved the Lord Jesus with all her heart and looked forward to the day she would spend eternity with him. Heaven is a brighter place with Shirley in it, Earth is not. Our hearts are broken and life will never be the same without Shirley. We loved her so much and did not want her to leave us, but she had to go. We will miss her forever.

Private services will be held.