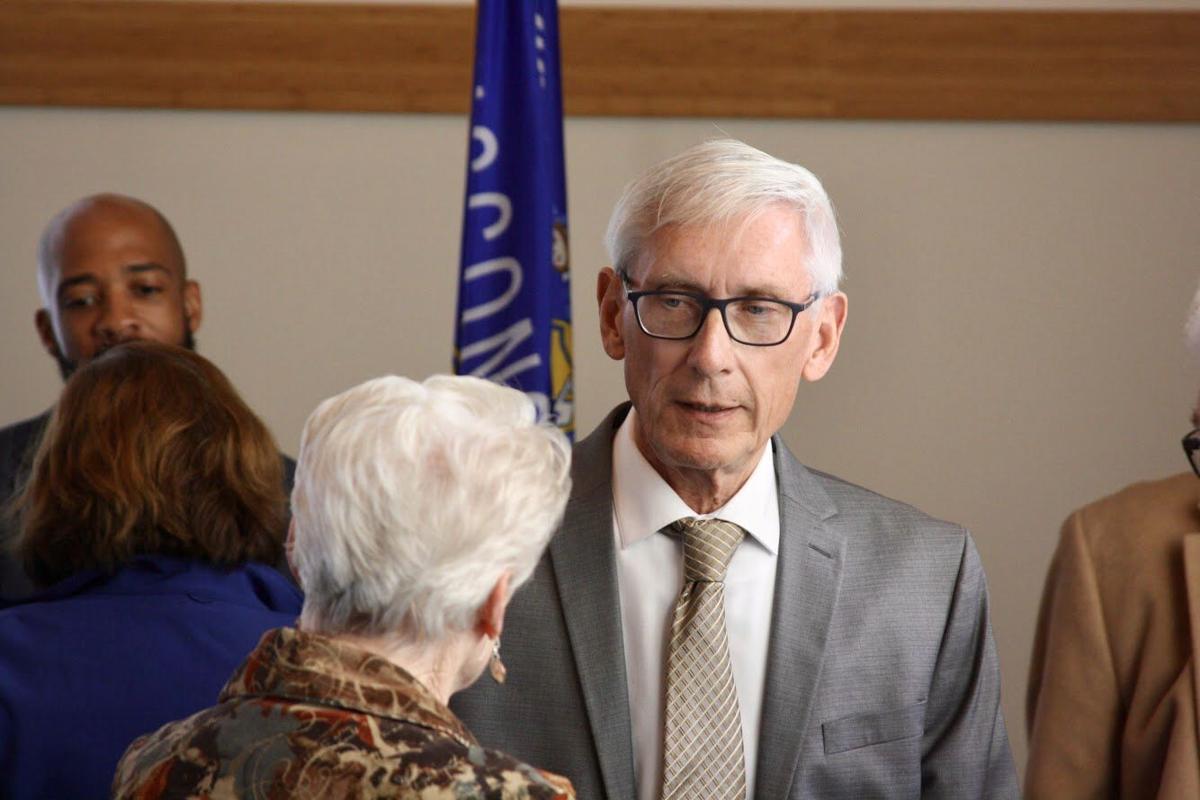 Gov. Evers called for a special session on gun control legislation during a press conference Monday afternoon at the University of Wisconsin-Eau Claire.

Gov. Evers called for a special session on gun control legislation during a press conference Monday afternoon at the University of Wisconsin-Eau Claire.

A call for a special session on gun control legislation in Wisconsin has Democrats and Republicans lining up on familiar sides of the issue.

Gov. Tony Evers discussed the need for the legislation Monday in three press conferences around the state, including one at the University of Wisconsin-Eau Claire. Evers said he favors two “commonsense” measures to combat gun violence in the state.

The first would expand universal background checks to include more than just licensed firearm dealers. The second piece would create an extreme risk protection order process in which people and law enforcement can petition to have firearms taken away from people deemed to be in danger to themselves or others.

While Evers said 80 percent of Wisconsinites support these measures, Sen. Kathy Bernier, R-Lake Hallie, said these measures infringe on the rights of citizens, most of whom have no history of gun violence.

“The rights granted to every citizen by the Constitution are among our most precious possessions, and that includes the Second Amendment,” Bernier said. “Gun violence is a serious issue, but calling a special session isn’t likely to solve the important challenges we are all dealing with these days. You can look no further than the ban on guns in the city of Chicago to see how infringing the rights of citizens does not make us any safer.”

Bernier said there are times she and her fellow Republicans are willing to reach across the aisle and discuss legislation but not in this case.

“I am always willing to have a conversation with the governor and my colleagues on the other side of the aisle on practical solutions that address the real problem we face dealing with people who have serious mental health issues, particularly when they possess firearms,” Bernier said. “But, my willingness to work with the governor does not mean that I will ever agree to take away constitutional rights from the people of Wisconsin.”

Evers said he made the choice to call for a special session after taking to heart a quote in his office.

“After calling for these important pieces of legislation, giving Republicans the opportunity to hear from people of our state and to do the right thing by giving them time to do so, unfortunately they decided not to act,” Evers said. “I’ve noticed several times what’s inscribed on the ceiling of the governor’s office in Madison, and it says, ‘The will of the people will be the law of the land.’ Our kids are calling on us to do something. Our kids are saying to be the adults in the room and asking us to do the right thing.”

While Evers argued the legislation would combat the growing number of mass shootings and acts of violence related to gun use in Wisconsin, area residents and Republican lawmakers continue to point to the possible negative implications of the laws.

Representatives such as Bernier said these measures only make it harder for law-abiding citizens to obtain a gun and don’t make it any harder for potential offenders to get a firearm illegally.

“Guns aren’t the problem; people who don’t use them correctly are,” Burke said. “I’ve owned guns almost my entire life, and I’ve never hurt anyone. These laws he wants to pass would just make it harder for people who should be able to have guns to get them.”

Evers said if Republican lawmakers aren’t willing to meet to discuss the two pieces of legislation, he will continue to call for additional sessions until the proposed laws are discussed.

“These are commonsense solutions that we know can save lives,” Evers said. “They’ve already done so in states where they’ve implemented them. It’s that simple. Two bills we know without a doubt and without ambiguity know this is what the majority of the people of the state want. Each and every day, an elected official chooses to not take gun violence seriously is a choice which has huge consequences.”

Local News. Wherever you are. JOIN TODAY for 90% off.