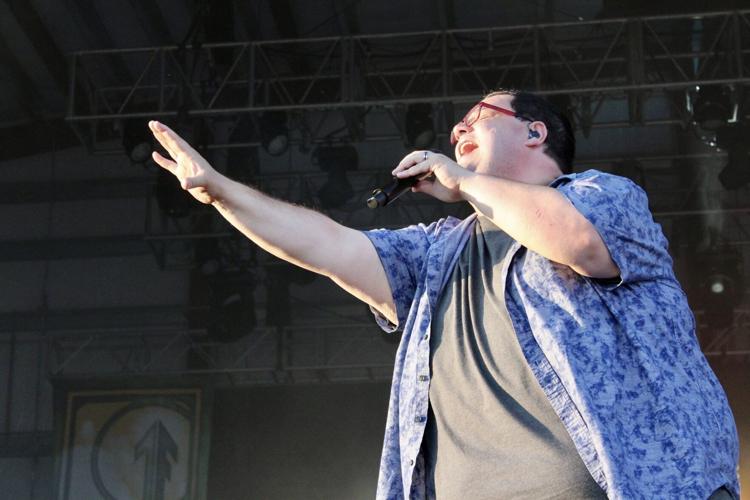 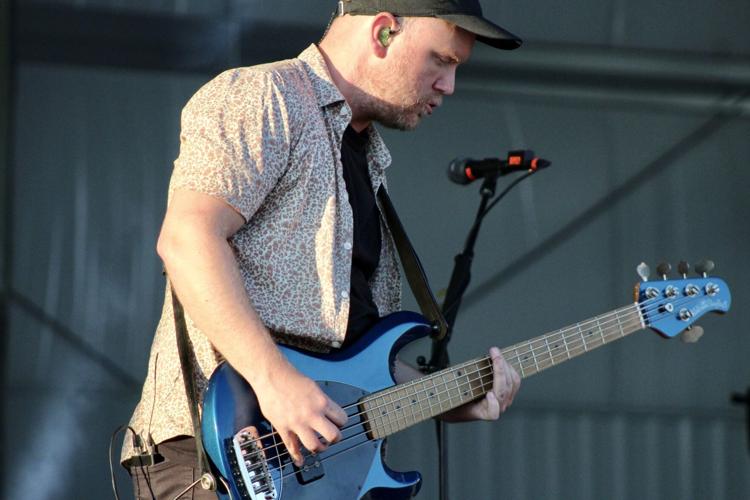 The Sidewalk Prophets perform Friday at OneFest at the Northern Wisconsin State Fairgrounds. 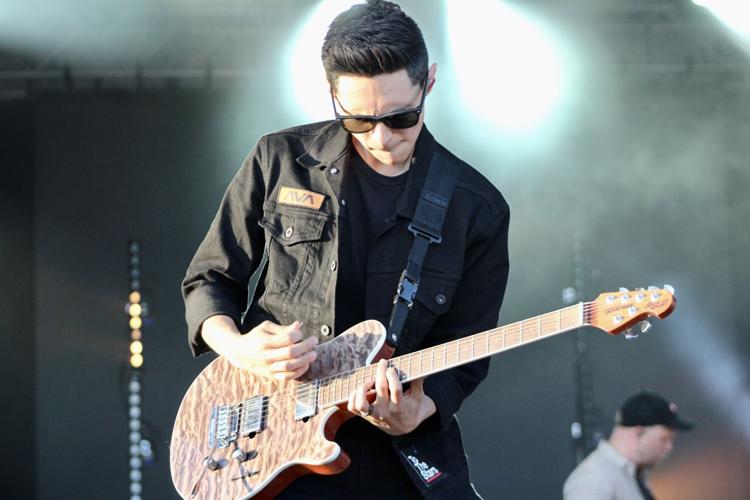 The Sidewalk Prophets perform Friday at OneFes at the Northern Wisconsin State Fairgrounds. 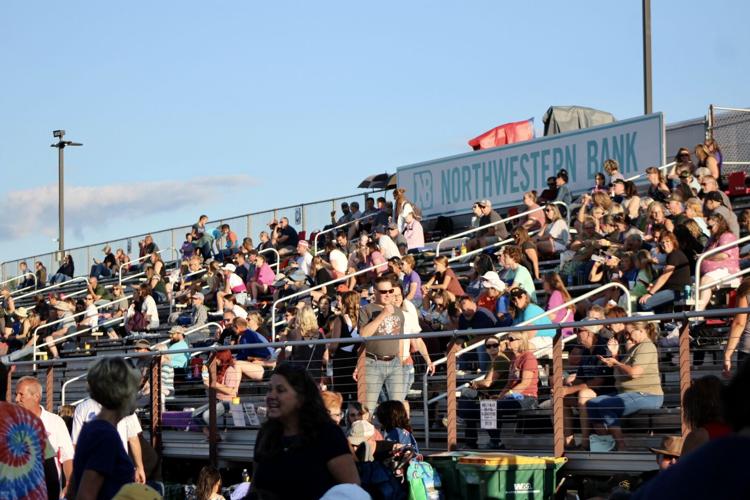 The Sidewalk Prophets performed Friday at OneFest which took place at the Northern Wisconsin State Fairgrounds in Chippewa Falls from July 29 to July 31. 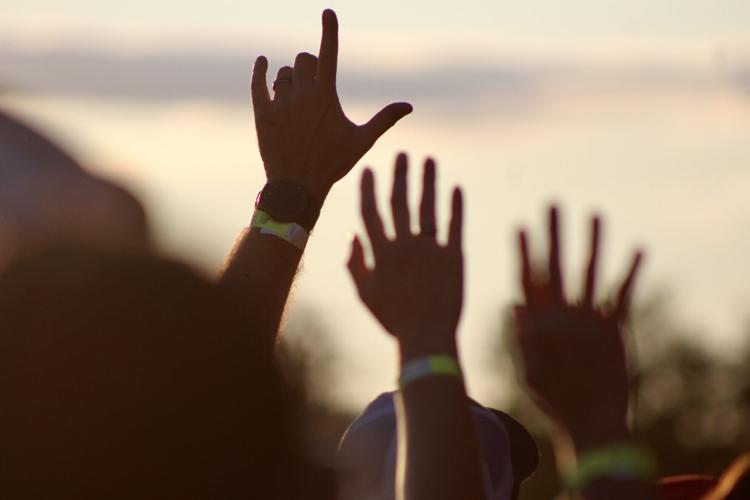 Fans wave their hands during the Sidewalk Prophets' performance Friday at OneFest.

“I think community is such an important part of what we do,” he said. “We call our fans the great big family because we wouldn’t have made it through the pandemic without them. They really are more like family than they are fans. We’re super grateful for that.”

Frey and the Sidewalk Prophets put on a robus, high-energy show at OneFest this year, delighting longtime fans and newcomers alike.

But this isn’t your typical church music. It’s Christian rock.

“We want to rock for Jesus,” Frey said.

The band started back in 2001 at college.

“My buddy Ben and I, he’s our manager now, we just were recording songs in our dorm room as college folk do,” Frey said.

It was just the two friends making music for a while. The other three members of the band came later.

After graduating from college, Frey decided to move to Nashville back in 2007.

“I did it on a hope and a prayer,” Frey said. “I put an ad on Craigslist for a band. It was just Ben and I. Ben plays guitar, I sing. We needed everything else. And lo and behold our bass player of 15 years answered that Craigslist ad. Now our guitarist has been with us for eight years. We got a keyboard player that’s been with us for a year and our drummer is pretty new. He’s about two or three months in.”

Frey said there were some lean years for the band. There were times if they doubted if they could survive, especially during COVID-19. But they got creative and ended up performing more than 70 virtual shows during the pandemic lockdown.

Over the years, they performed at a lot of church camps and coffee shops before making it to the festival circuit.

“There were lots of performances to people who care more about their latte than they do listening to what you have to say,” Frey said. “But even through those shows there was always something good. Something meaningful.”

Frey said that he wants to surprise people with their sound.

“Listeners may be shocked by how rock-n-roll we get. We like to jam. But we’re still a band that wants to creatively inspire joy,” Frey said. “We truly believe that joy is something that God’s trying to give us every single day and hopefully you feel that when you come to our concerts. We want you to feel a part of something bigger than yourself.”

Sidewalk Prophets just released a new album. They’ll be back in the region performing in Plymouth, Minnesota, the third week of August.

Fan in the stands

Late in the evening

When Lydia Rubenzer was 11, she begged her friend to attend a two-day cosmetology camp at Chippewa Valley Technical College.

Down with the old: Cobban Bridge dismantling begins

Chippewa County’s Cobban Bridge is now being dismantled, and the bridge replacement project is set to begin soon.

Jim and Donna Mueller were on a trip to Washington D.C. to celebrate their 56th wedding anniversary when they were killed by a lightning strike Thursday night outside the White House.

The Chippewa Falls City Council is planning to send a $1.277 million referendum to voters this fall.

Walmart has sued the village of Lake Hallie, saying its property has been overvalued by $5 million, leading to an excessive tax bill.

EC man, CVTC instructor combine talents to save the bees

BRACKETT – Ted Simpson pulled the beekeeper suit from the trunk of his car, stepped into the all-white jumper, pulled the netted hood over his…

McDonell Area Catholic Schools is pleased to announce two internal hires for the principal positions at its PreK through grade 12 schools.

The Sidewalk Prophets perform Friday at OneFest at the Northern Wisconsin State Fairgrounds.

The Sidewalk Prophets perform Friday at OneFes at the Northern Wisconsin State Fairgrounds.

The Sidewalk Prophets performed Friday at OneFest which took place at the Northern Wisconsin State Fairgrounds in Chippewa Falls from July 29 to July 31.

Fans wave their hands during the Sidewalk Prophets' performance Friday at OneFest.