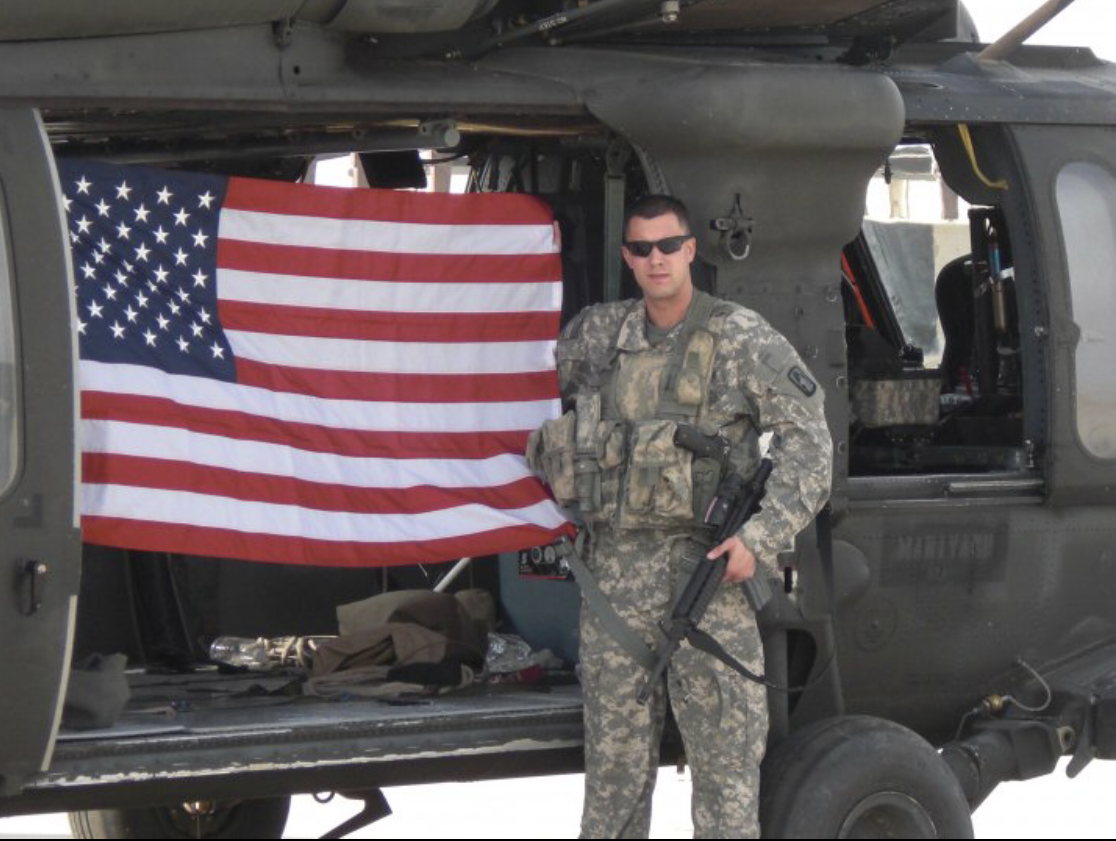 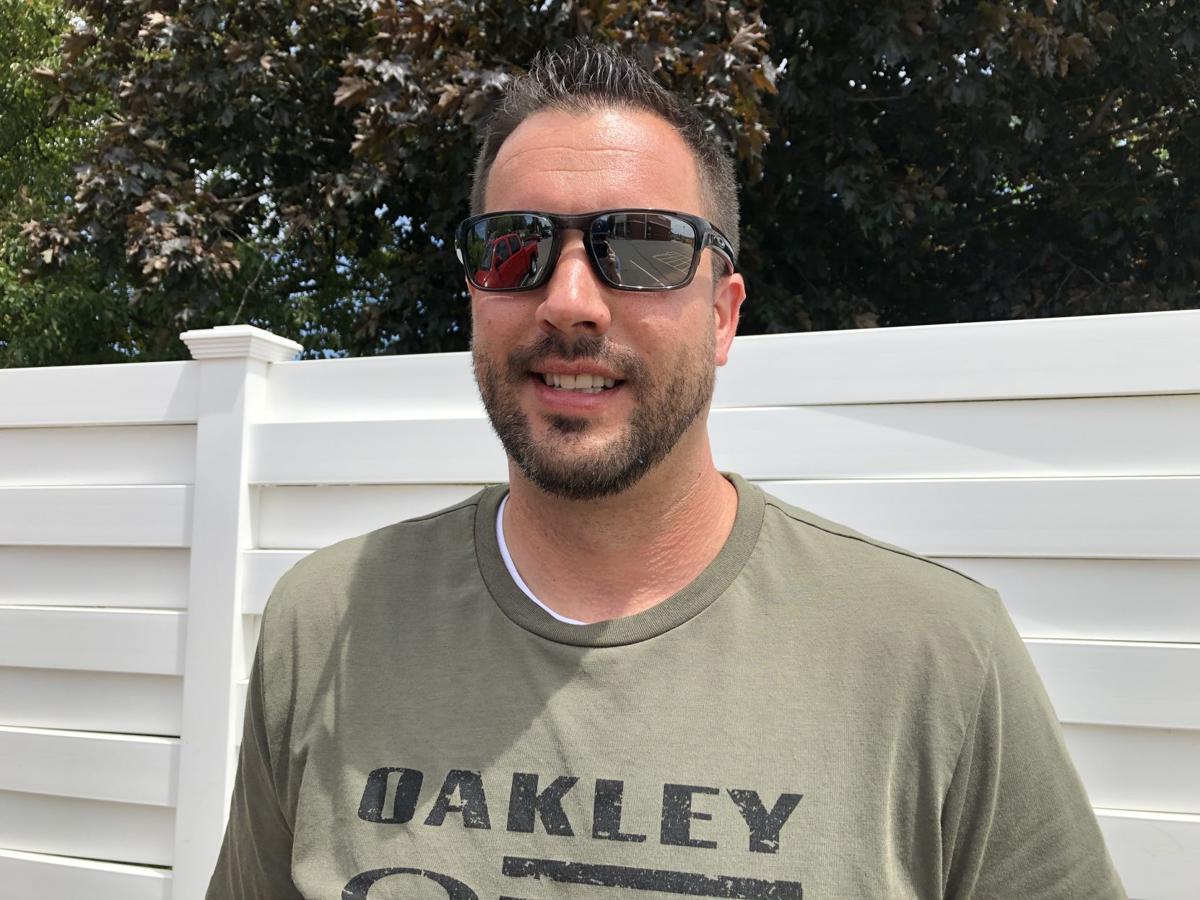 Bloomer native Chad Siverling combined his love of aviation and love for his country into a career in the military. He's now a school counselor.

A love for aviation and a love for his country led one Chippewa County man to nearly a decade of service at a time when America needed it most.

Born and raised in Bloomer, Capt. Chad Siverling served eight years active duty in the United States Army. He was commissioned in December of 2006 and eventually reached the rank of captain. During his time in the service, he flew the Schweitzer 300, Bell 206 and Blackhawk helicopters in both training and combat missions. He was also a flight platoon leader, a Shops platoon leader and an assistant battalion operations officer while stationed with the 3-158th aviation regiment in Katterbach, Germany.

Siverling said flying has always been a part of his life and captured his love and attention from an early age, but a love for something greater than himself is what propelled and motivated him to join the service after graduating from Bloomer High School in 2002.

“Ever since I was in kindergarten I’ve wanted to fly helicopters,” Siverling said. “A lot of kids don’t know what they want to do for a long time, but I knew I wanted to fly. And the main reason I joined was I wanted to serve my country. In my opinion we are one of the greatest nations in the world, and we have the freedoms to do what we want and that’s because of soldiers. I wanted to be part of that.”

It was a win-win situation for Justin Utpadel.

After Siverling knew he wanted to fly helicopters in the military, his first step to his ultimate goal was attending the University of North Dakota, where he earned a degree in commercial aviation and a minor in military science. Following his commission, his career took him to many locations in the world including an assignment in Katterbach, Germany, training other mechanics and soldiers at Fort Eustis, Va., and one more location which taught him how tough and intimidating military service can be.

A portion of his eight years of service included flying hundreds of hours in the Blackhawk helicopter conducting missions in Iraq. Siverling said this part of his service put the freedoms we have as Americans into perspective, as the horrors which were laden across the country were worse than he could’ve imagined.

“When I was in Iraq I learned how lucky we are to be in the United States,” Siverling said. “I worked funeral detail during my time of service and learned what the ultimate sacrifice was. I had to hand over 14 flags to family members who lost their loved one due to things that happened in the service and that really woke me up. It made me realize the freedoms we are afforded aren’t free.”

When his commitment to the Army was up, Siverling knew he wanted to continue to serve his country, but wasn’t sure what he wanted to do. After a recommendation from his sister, Siverling shadowed a few school counselors and found his second calling.

After returning to school to receive his master’s in school counseling, Siverling began working with area youth at Memorial High School in Eau. Siverling recently accepted a new position at Parkview Elementary School in Chippewa Falls counseling third- through fifth-graders. He said his years of being in the military often involved counseling his fellow soliders, so stepping into his new career wasn’t as hard of a transition as people might think.

“Working with students has showed me just how many problems they have to overcome,” Siverling said. “I wanted to take my experiences of being in the military to help them, so I got my master’s degree to make it happen. It’s another job where I get to help my country in a different way by helping students who will become our future.”

Siverling still reflects on his service fondly, grateful for the friends he made, the missions he flew, the experiences he had and, above all else, the opportunity to serve the country he loves. And while his time in the United States military came with many sacrifices, he said any young adult who is thinking of joining the military should consider it if they’re doing it for the love of their country and are ready to tackle the challenges that come along with committing your life to the American flag and the millions of people it represents and protects.

“Do it for the right reasons,” Siverling said. “It’s great if they want to serve their country, but just know it is going to be hard at times. It’s not easy. That’s why it’s called the service, because you’re serving your country. And everyone says it is a job, but it’s not because it is a service. And I have a lot of friends who haven’t seen their kids in three or four years, so they have to know their family is going to struggle as well. It’s a sacrifice, but it is one of the greatest honors you could ever be a part of.” 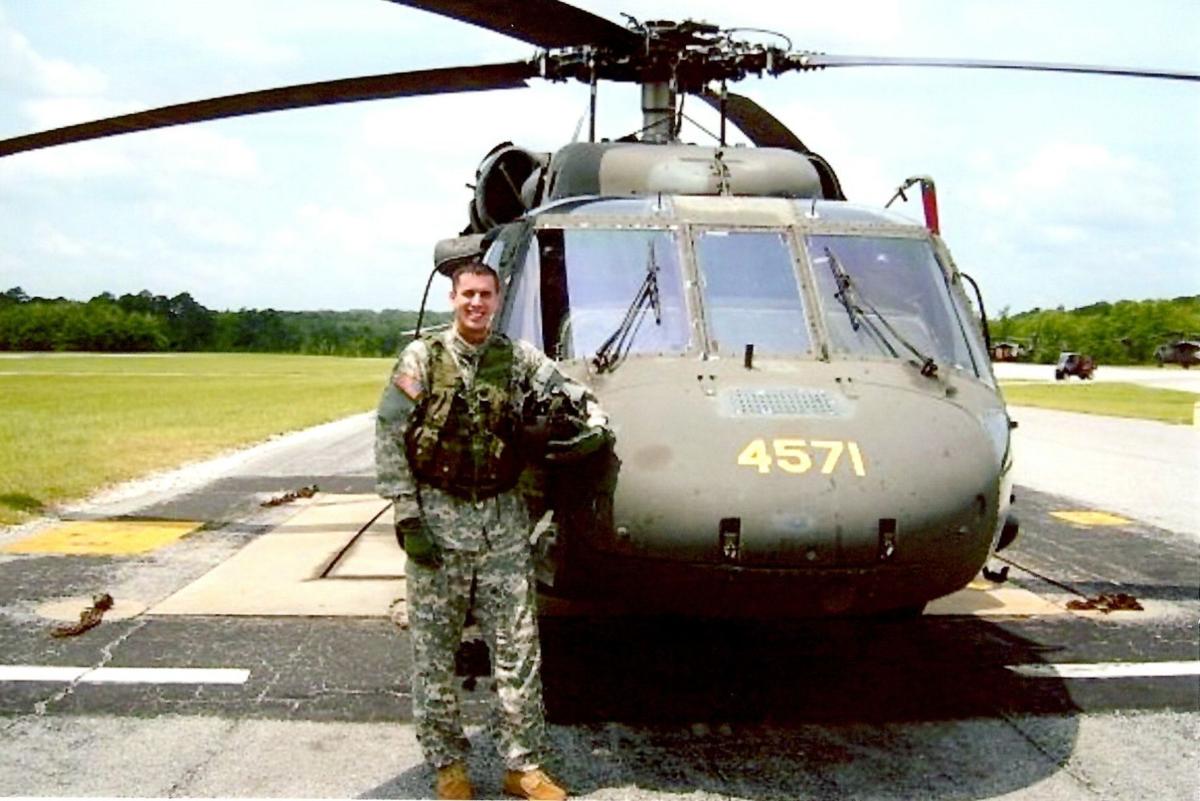 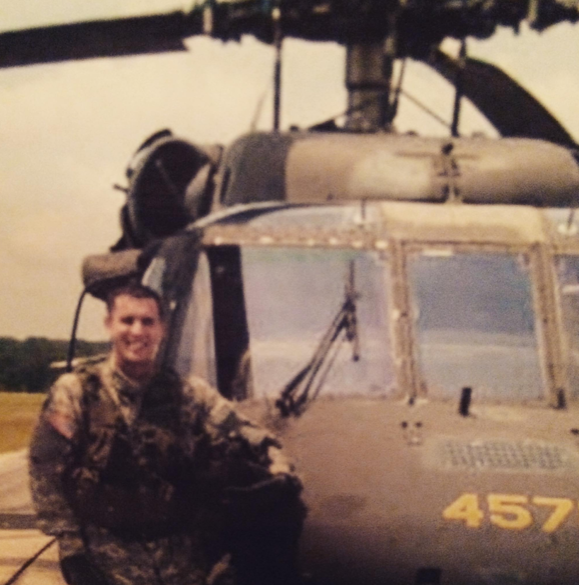 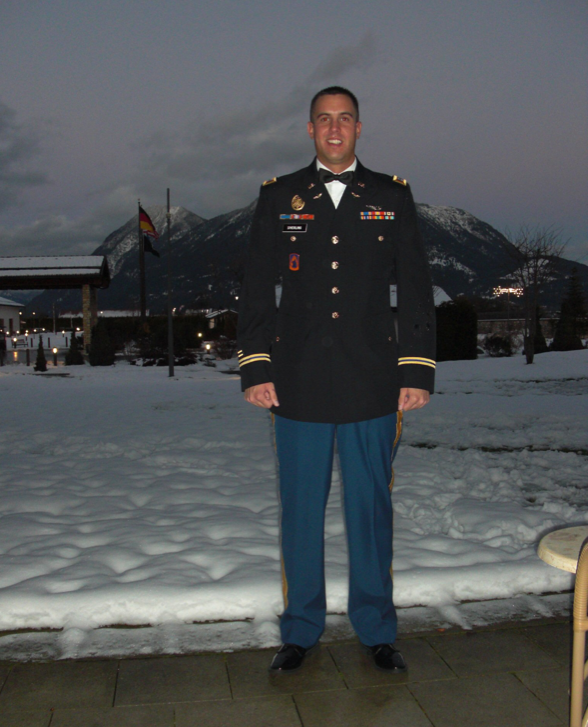 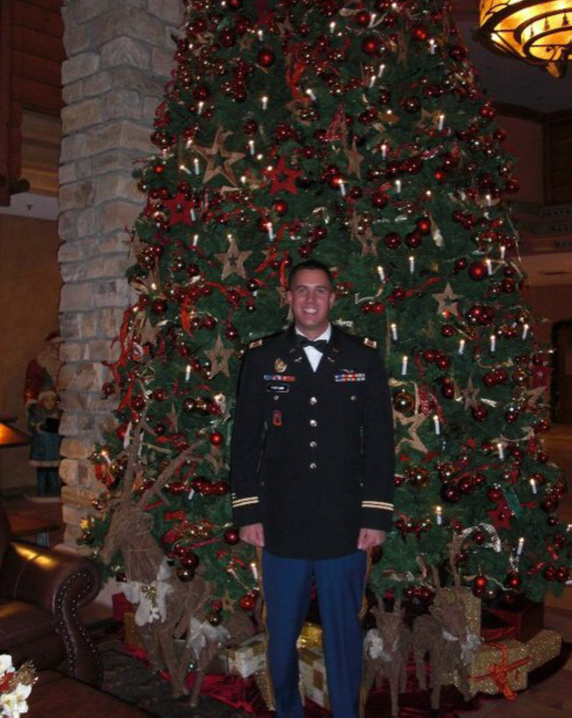 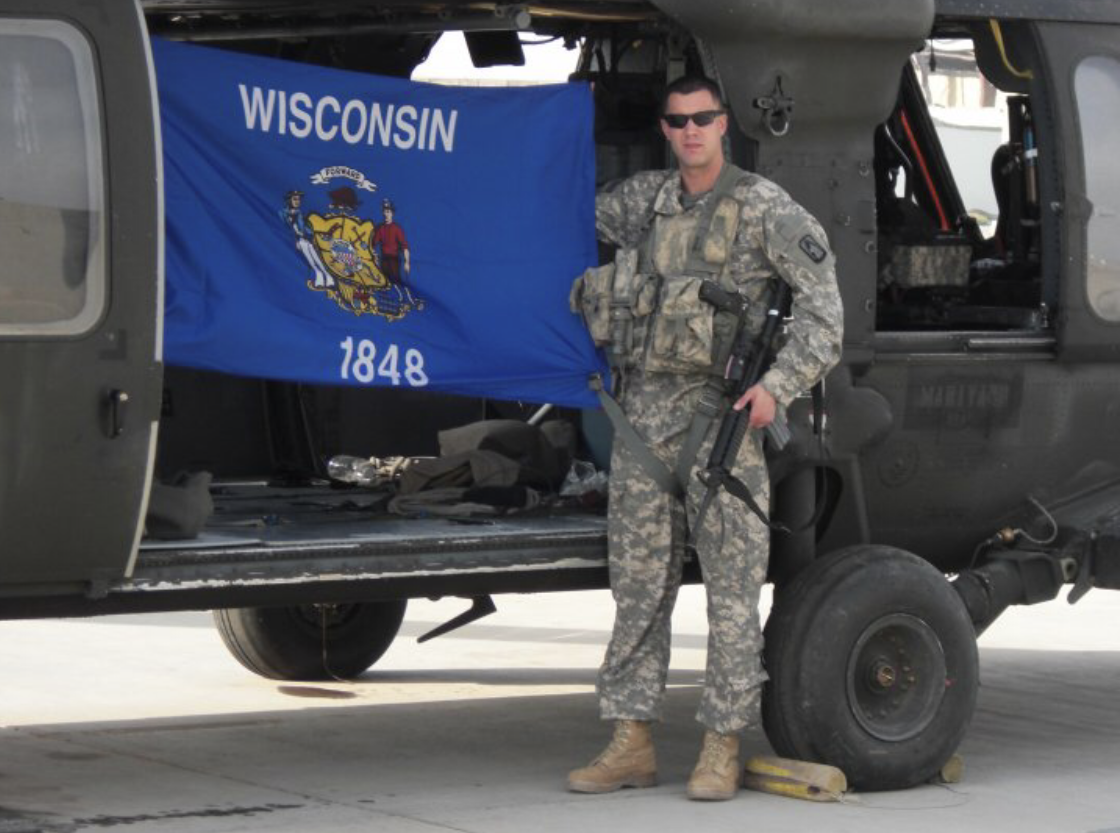 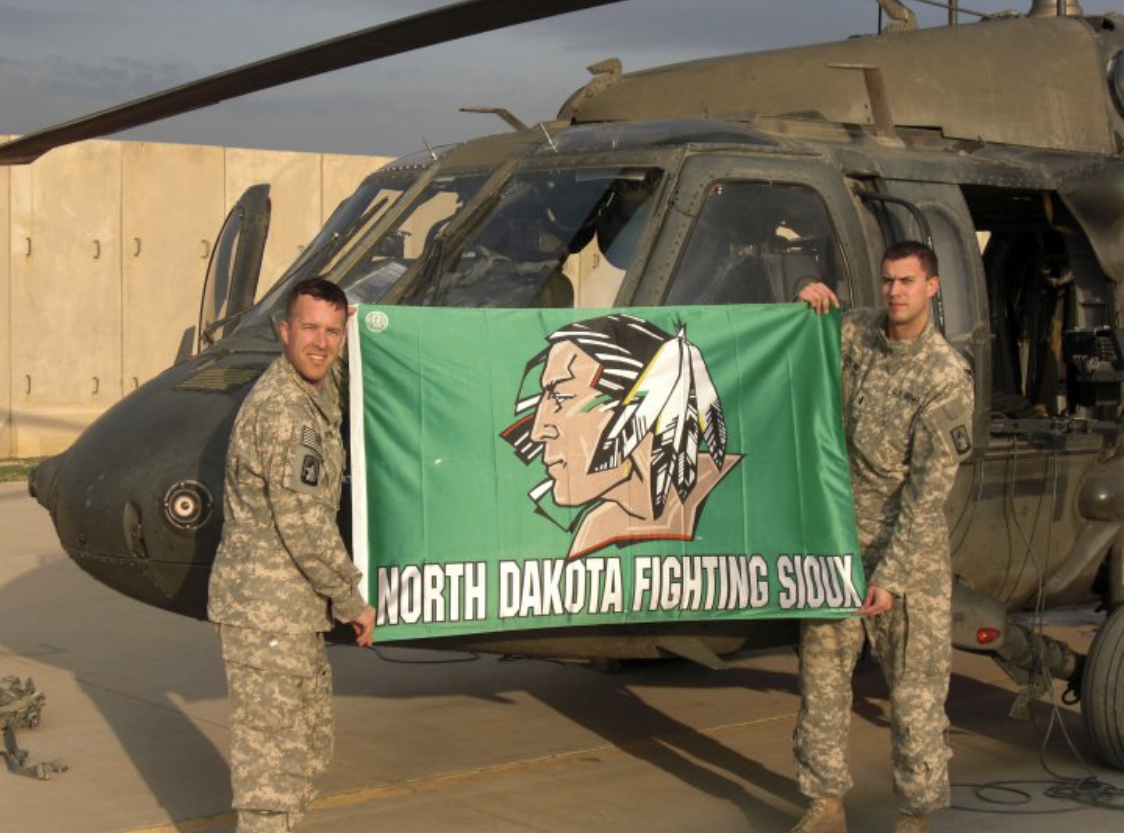 More in Stories of Honor: Profiles of area military heroes (7 of 8)

Lucas W. Grabbs of Stanley, Kevin B. Hudack of Cadott and Matthew A. Kerola of Merrill were charged Monday.

A convicted murder incarcerated in the Stanley Correctional Institution has been charged with starting a fight in the prison.

Daniel Peggs is scheduled for an initial appearance at 1:30 p.m. Thursday in the U.S. District Court in Madison.

Daniel Peggs is scheduled for an initial appearance at 1:30 p.m. Thursday in the U.S. District Court in Madison.

The Chippewa Falls City Council is once again looking at extending a frontage road along the north side of Business 29, which would connect Ch…

An artist devoted to his home state — and everything it has to offer — is set to take the next step in his music career.

Bloomer native Chad Siverling combined his love of aviation and love for his country into a career in the military. He's now a school counselor.