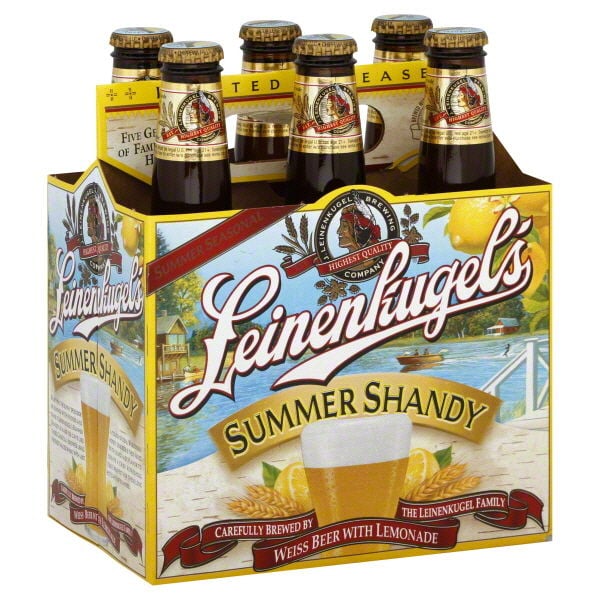 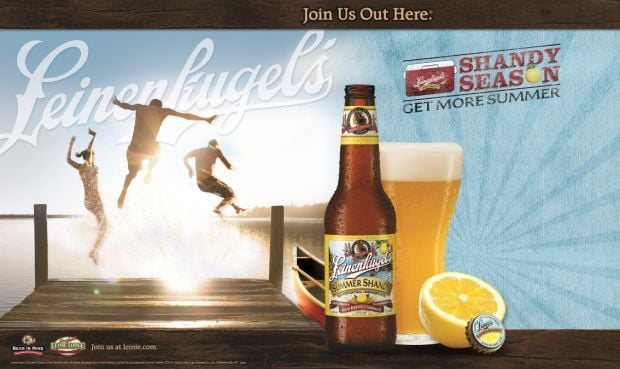 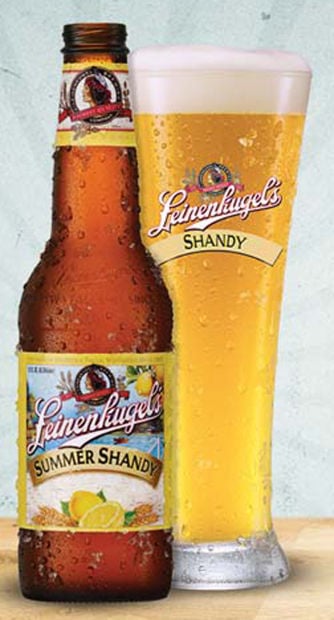 The Jacob Leinenkugel Brewing Co. has been brewing quality beer in Chippewa Falls since 1867. It turned to craft brewing a couple of decades ago and began producing several varieties of beer.

But none has compared to Summer Shandy. It was such a runaway success, tapping into a market previously untouched, that it has become by all accounts a national phenomenon.

Taking the beer industry by storm, it quickly became it’s No. 1-selling beer, and the most successful launch in Leinenkugel’s history.

“For the first time in our history, we led with a style that no other brewery in the United States had,” says Leinenkugel’s President Jake Leinenkugel.

“To be able to lead and be the innovator of a new style was really, really important,” said Dick Leinenkugel, who is taking over for his older brother as president of the Chippewa Falls brewery. “Today our research shows us that 9 out of 10 shandy beers in the United States are Leinenkugel’s beers.”

To say that it took Summer Shandy to put Leinenkugel’s on the map is an overstatement. The brewery had been stretching its legs prior to the 1988 sale to Miller Brewing Company, and had accelerated at an impressive pace since then. Its footprint exceeded half of the country at times.

But this was different. Summer Shandy was a hit of such proportions that it propelled the brewery to do something it had never done before: Go national.

“We knew that we had something that the competitors didn’t, and our distributors pressed us hard” to sell Summer Shandy from coast to coast, Jake said. That was four years ago.

When its sales rocketed by 90 percent in 2012 over the previous year, Leinekugel’s made the call that those distributors — and the American public — had been clamoring for. It was making Summer Shandy available for sale in all 50 states.

The small-town brewery was now a player on the national stage. And Dick Leinenkugel was the man behind its breakthrough beer.

Like many success stories, Shandy’s origins were modest. The brewery was simply trying to fill a gap in its product lineup.

When nearly three out of four Leinenkugel’s customers responding to a survey about its Berry Weiss beer said they wanted to keep it around all year long, the brewery was faced with a decision.

“We said, ‘OK, now we have to come out with a new summer seasonal (beer),” Dick recalls.

His German heritage came into play when he asked: What is the summer drink of choice in Germany? The two primary answers:

“I thought this Rottler idea was intriguing. So we took our Honey Weiss and mixed it with lemonade, and fruit juice, and ginger ale, and cranberry juice, and we just started playing around a little bit,” Dick recalls.

One problem they encountered was the mixing cut alcohol levels in half. Dick asked the brewing team if they could brew a lighter beer and add in a natural lemonade flavor at the end of the process, keeping the alcohol level at the usual level of light beers, around 4.2 percent.

“They came back with that brew and I tasted it and said, ‘Wow, this is nice. You get the lemon but it still tastes beery enough.’ So let’s go out and test it.”

It tested extremely well. People had never had a beer like that, one mixed with lemonade. Dick assigned a brand manager the task of coming up with a name for what was then called Project Riptide. Research showed consumers liked the name Leinenkugel’s Lakehouse Lemon. Dick recounts the story from there:

“We took that name to our distributors and they said, “What kind of beer is it?’ Well, it’s a Shandy-style, a beer mixed with lemonade. ‘When’s it going to be out?’ It’s going to be a summer seasonal. ‘Well, why don’t you call it Summer Shandy? We’ll do the work on educating people on what a Shandy is.’”

The next summer Leinenkugel’s came out with Summer Shandy, and the rest is history.

A couple of factors have prompted Summer Shandy sales to soar beyond anyone’s expectation. It became tied to the start of the major beer-drinking season, and it connected with people who otherwise had been unreachable by the entire beer industry.

“Shandy resonated with so many beer drinkers,” said Jake. “It’s not only unique, it’s refreshing. It became their choice of beer for the opening of summer.”

Where did all of those Shandy drinkers come from? Leinenkugel’s research showed that 35 percent had not been beer drinkers, having preferred wine or spirits instead. They became what every business craves: new customers.

“We knew we had something that was going to be really strong, because sales were well ahead of (distributors’) forecasts,” Dick said. “They were calling us trying to get more beer all of the time, and that’s a great problem to have.”

That happened for about five years, before Leinenkugel’s was forced to find solutions beyond Chippewa Falls. The MillerCoors brewery in Milwaukee began brewing some Summer Shandy, and now a brewery in Eden, North Carolina has been brought online to help meet demand.

“I think our five-year plan was to sell about 80,000 barrels, and this year we’ll be close to nearly 500,000 barrels. It’s about 55 percent of our total brewery production, so obviously it’s very important,” Dick said. “And most of that is done in about six months, March through August.”

Tapping into that market, Leinenkugel’s has added orange and lemon-berry shandies over the years. And this year it is attempting to extend the Shandy season beyond those half-dozen months by developing three more Shandy styles: pumpkin-flavored Harvest Patch, Cranberry Ginger and Old Fashioned.

“We think we can hold onto those drinkers for a longer period of time than just the summer,” Dick says.

Summer Shandy was the first Leinenkugel beer to receive national distribution, however it is not the only one. Leinenkugel’s lineup of seasonal beers is also available anywhere in the U.S. That includes Oktoberfest, Snowdrift Vanilla Porter, Big Butt Dopplebock (which is returning in January) and Canoe Paddler, as well as a variety pack.

More may be on the horizon. Leinenkugel’s is working what it’s calling an India Pale Lager. It is Leinie’s take on India Pale Ales, currently the most popular craft-beer style. The IPL will be on draft soon in a few select markets before it expands.

“The beer is just absolutely wonderful, and I think is going to meet the flavor profile of that more advanced drinker who’s drinking these IPAs,” Dick said. “That has the potential to move nationally, and I think other Shandy styles as well.”

The day before it was announced that Dick Leinenkugel would become the eighth president of the Jacob Leinenkugel Brewing Co., he was digging t…