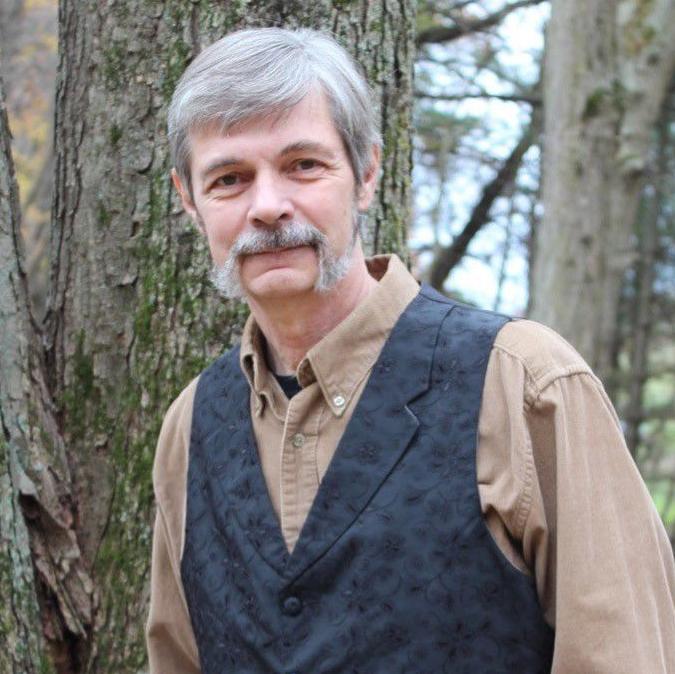 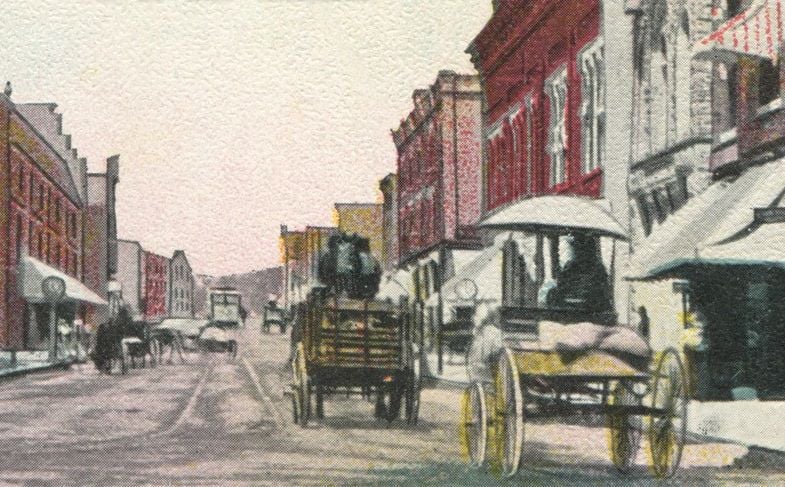 The cover image is pictured of David Tank’s “Postcards from the Past: Then & Now Pictures of Chippewa Falls, Wisconsin.” The book will be launched at a Nov. 30 event at the Chippewa Falls Public Library, where Tank will speak.

The adventure began, author and photographer David Tank said, when his photos of historic Menomonie postcards began appearing in the Dunn County News.

“After a half-dozen or so ended up in the paper, people started saying, ‘I’m cutting those out and sticking them in a scrapbook. Are you ever going to make a book out of those?’” Tank remembered.

So he did. Tank’s first book was called “Postcards from the Past: Then & Now Pictures of Menomonie, Wisconsin.” He’s since gone on to create “Postcards” books for Dunn County, Eau Claire and most recently, Chippewa Falls.

But Tank isn’t just finding antique postcards. He has a unique approach to showcasing the history of northwestern Wisconsin: Next to a postcard illustrating a building or landscape, he shows a photo of the exact same location, taken present-day.

“I begin with a historic postcard, find the exact spot where the original photographer stood then re-shoot the same scene,” he said.

The result is a fluid visual showcase of Chippewa Falls history, one that Tank will officially launch on Thursday, Nov. 30 at 6:30 p.m. at the Chippewa Falls Public Library, 105 W. Central Street. The 100-page book also includes maps of where each photo was taken, letting readers follow the postcards’ path themselves.

“I’m trying to be very precise, almost like a time-traveler,” Tank said. “If the original photographer was transported to today, what would he see through the camera lens?”

Tank began the book two years ago, purchasing postcards from the early 1900s to the 1940s from eBay featuring Chippewa Falls spots. He’s had them shipped from as far away as foreign countries.

A year of shooting the contemporary photos followed. Tank remembers his months photographing Chippewa Falls fondly, praising its residents for their pride and dedication to the town’s history.

“The people have been so marvelous in helping me figure out where the pictures were taken. They’ve literally invited me into their homes to look at pictures, even onto the roofs of buildings to help me duplicate a photo,” he said.

Several well-loved spots make a debut. The Heyde Center for the Arts, the Leinenkugel Brewery, the NSP dam and the Highway 124 bridge stand out. Irvine Park particularly appealed to Tank, who called it a “photographer’s dreamscape” in its early years.

The book has met with success, Tank said, especially with audiences who followed his journeys through Menomonie, Dunn County and Eau Claire. He’s started a similar project for his hometown of Fond du Lac, and may begin a book on Wisconsin Dells.

But for now, Tank is promoting the Chippewa Falls edition, and his event at the public library on Nov. 30 will offer a behind-the-scenes look at the book’s creation for history buffs and local photographers.

“It’s been a very fun project to work on,” Tank said.

“Postcards from the Past: Then & Now Pictures of Chippewa Falls, Wisconsin” retails for $24 plus shipping and handling at www.postcardsfromthepast.net. Visit the website for a 20-page preview of the book. It is also available at the Nov. 30 launch event at the Chippewa Falls Public Library, at the Chippewa County History Center at 123 Allen Street and at Bookends on Main at 214 Main Street East in Menomonie.

The Dunn County News is the Chippewa Herald’s sister publication based in Menomonie, Wis.

In years past, this is the time when activity would once again start in the logging camps of Northern Wisconsin. This undated photo shows the …

A beloved local ice cream shop is diversifying its offerings this holiday season.

'I feel as blessed as ever': Local musicians find a silver lining this Thanksgiving season

The past eight months have been hard on virtually every industry throughout the world, but one of those industries is focusing on the silver l…

A host of downtown events are being held in Chippewa Falls this holiday season to promote shopping local.

The city of Beaver Dam won a case in the Wisconsin court of appeals over whether state laws regulating motor vehicle use infringe on constitutional rights.

A California man was in Kenosha County Circuit Court Monday after he allegedly argued and tried to fight with local wholesale club outlet employees when they told him that he needed to wear a mask inside the store.

The cover image is pictured of David Tank’s “Postcards from the Past: Then & Now Pictures of Chippewa Falls, Wisconsin.” The book will be launched at a Nov. 30 event at the Chippewa Falls Public Library, where Tank will speak.