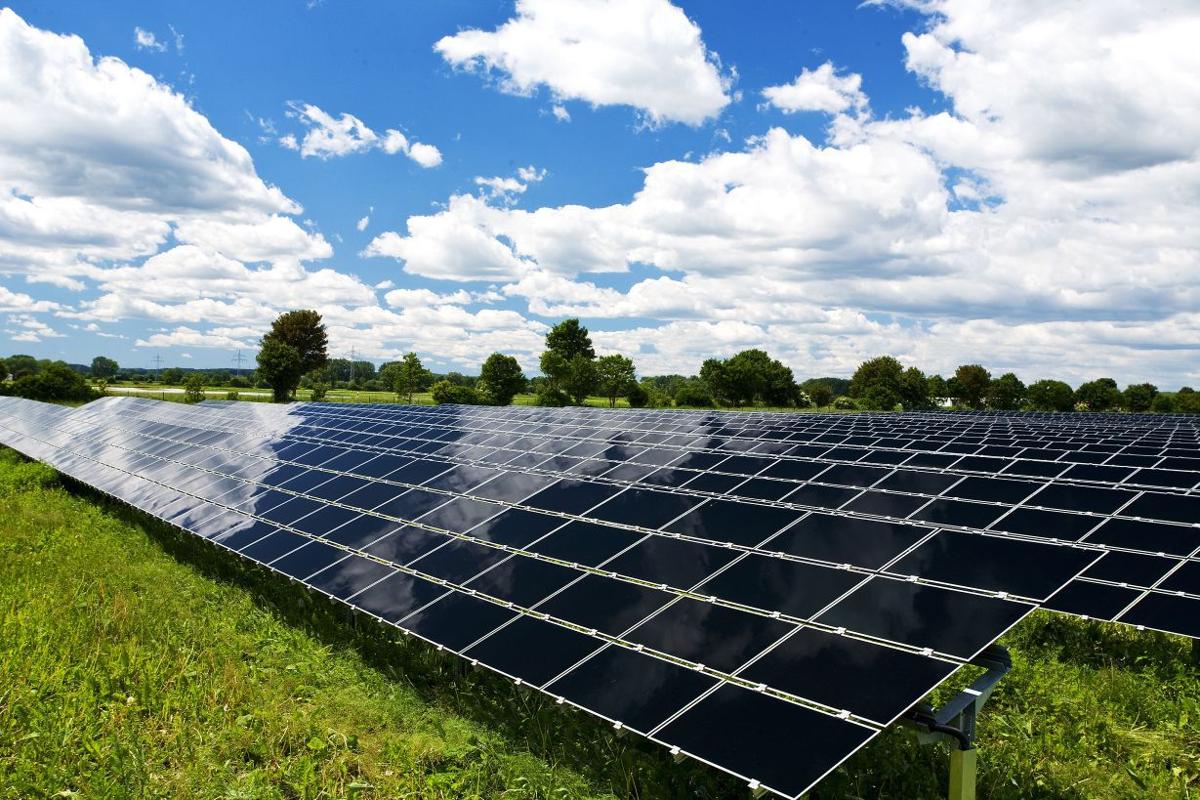 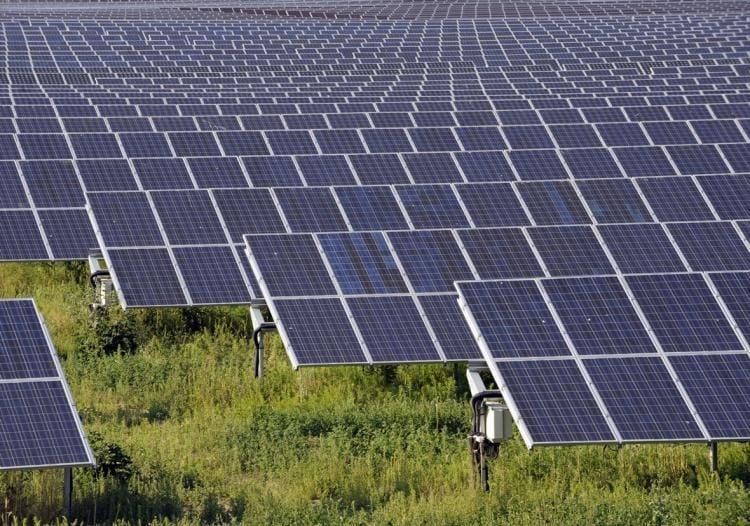 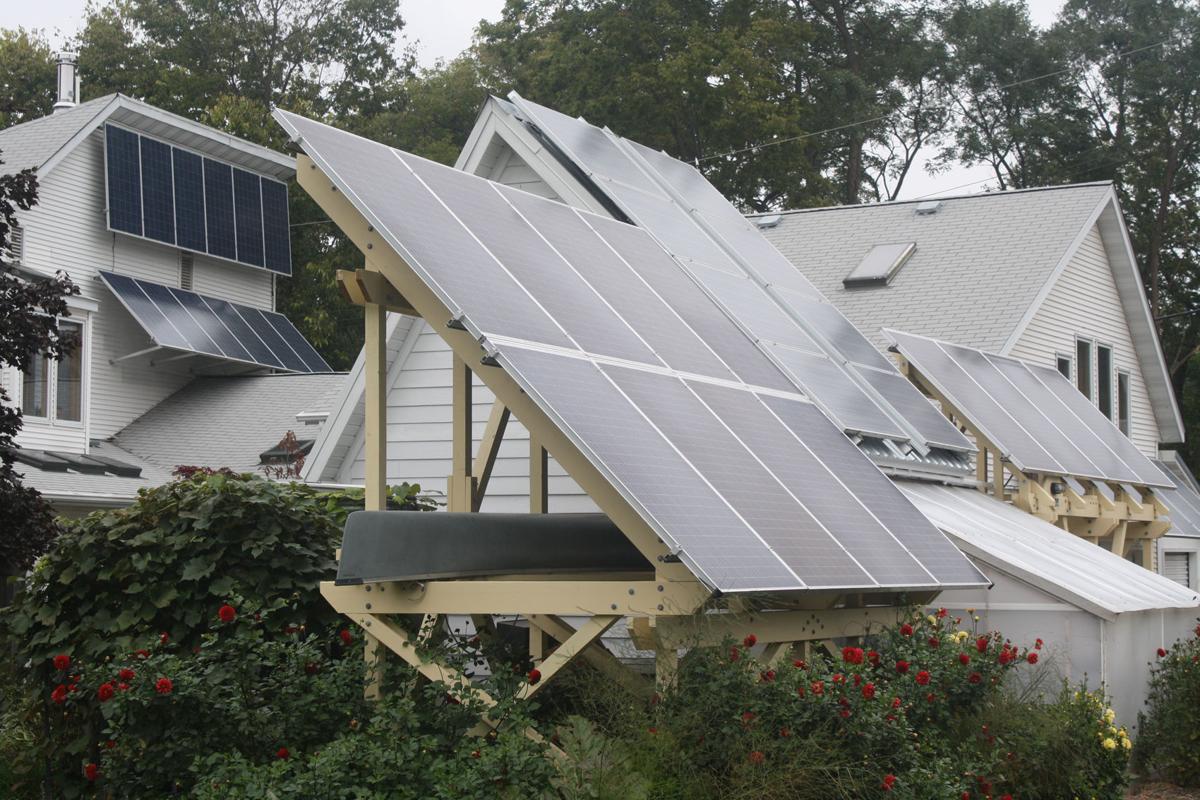 Many homeowners have taken on a solar project, including Steve and Ellen Terwilliger in Eau Claire in this October 2015 photo.

Xcel Energy is proposing a 3.5 megawatt solar generation plant in the town of Wheaton on half of a 40-acre parcel owned by NSP-Wisconsin. It would be east of Xcel Energy’s Wheaton Generating Station.

A second proposal by SoCore Energy is for a solar panel field that would be on property at 15800 County OO in the town of Hallie that would be leased from owners Joseph and Lynn Sedlacek of Chippewa Falls. Eau Claire Energy Cooperative is involved in the project, according to a letter to Chippewa County by Laura Caspari, a senior project developer for the Chicago-based SoCore Energy.

“The committee will consider whether (Xcel’s) solar generation facility may be an approved use for industrial zoning, may need a conditional use permit, or otherwise,” said a letter to the county by JD Armstrong of the utility.

This would be the first solar farm in Wisconsin for Xcel Energy, said Chris Ouelette, media relations representative for the utility.

“Last fall, we proposed a new, bold plan to transition our energy system from coal to cleaner energy, including natural gas, wind and solar. The result will be a 60-percent reduction in carbon emissions from 2005 levels and a 63-percent carbon-free energy mix,” she said.

Construction would start in June and the electricity generated by the solar panels will go online in October, she said.

The 3.5 megawatts generated is enough to power about 700 homes, Ouellette said. As of June 2014, Xcel generated 320 megawatts from solar power.

“Over the next several years we plan to expand our use of solar,” she said.

A project summary for the Xcel proposal says:

“Access to (the) solar field will be from 80th Street on the east side of the property. The stone access road will be run to the inverters and transformer. The entire solar field will be secured by a chain link fence with three strands of barbed wire. The finished site will be over-seeded with grass to prevent weed growth.”

The proposed solar facility would be 1.5 miles northwest of the Chippewa Valley Regional Airport in Eau Claire. The utility said on Jan. 15 it became aware the airport requested a glare analysis of the solar facility be done.

“We are working on using this and other information to provide an assessment of the potential issue,” a project summary said.

The SoCore Energy project is seeking a conditional use permit to build the solar farm in the town of Hallie. The property is zoned agricultural.

“The site will consist of approximately 1 megawatt on an estimated eight acres. The modules will be installed on a driven pile racking structure. Each linear string of modules will slowly track the path of the sun east to west throughout the day,” the company’s filing with the county says.

SoCore said it prefers a permanent, non-expiring term for the conditional use permit, where the permit stays with the property. “However, should a permanent term not be possible, the applicant respectfully requests a 35-year term.”

SoCore Energy and Eau Claire Energy met with the Hallie Town Board last month about its permit application.

“We understand the township will formally review the conditional use permit application once submitted, but have made an effort to involve local stakeholders and incorporate their feedback as early as possible in the process,” the company said.

The solar farm would operate every day during daylight hours.

“Over the next several years we plan to expand our use of solar.” Chris Oulette, Xcel Energy

"Over the next several years we plan to expand our use of solar."

Californians 16 and up now eligible for vaccine

Fauci, Jordan clash over what it takes to reopen

Fauci, Jordan clash over what it takes to reopen

A long vacant building is now occupied by an expanding homegrown business giant.

A Chippewa Falls man has been arrested for his eighth drunken-driving offense.

A rural Chippewa Falls man will serve 2½ years in prison after he was convicted of leading police on a pair of high-speed chases last year, on…

When Nathan Manor saw a car on fire the evening of Oct. 11, he just reacted.

A Chippewa Falls man has been arrested for his fifth drunken-driving offense.

A group of Chi-Hi graduates have come together in an effort to change Chippewa Falls from the inside out.

Lee McIlquham, former Chippewa County board member, passes away at 69

Lee McIlquham was a quiet leader during his 14-year tenure on the Chippewa County Board, colleagues say. McIlquham, a lifelong farmer in the t…

It is with saddened hearts that the family of Sharon Hunt announces her passing Wednesday, April 7, 2021. After a long battle with cancer and …

A group of young adults were able to celebrate the next step of their lives together after over a year of uncertainty.

Many homeowners have taken on a solar project, including Steve and Ellen Terwilliger in Eau Claire in this October 2015 photo.