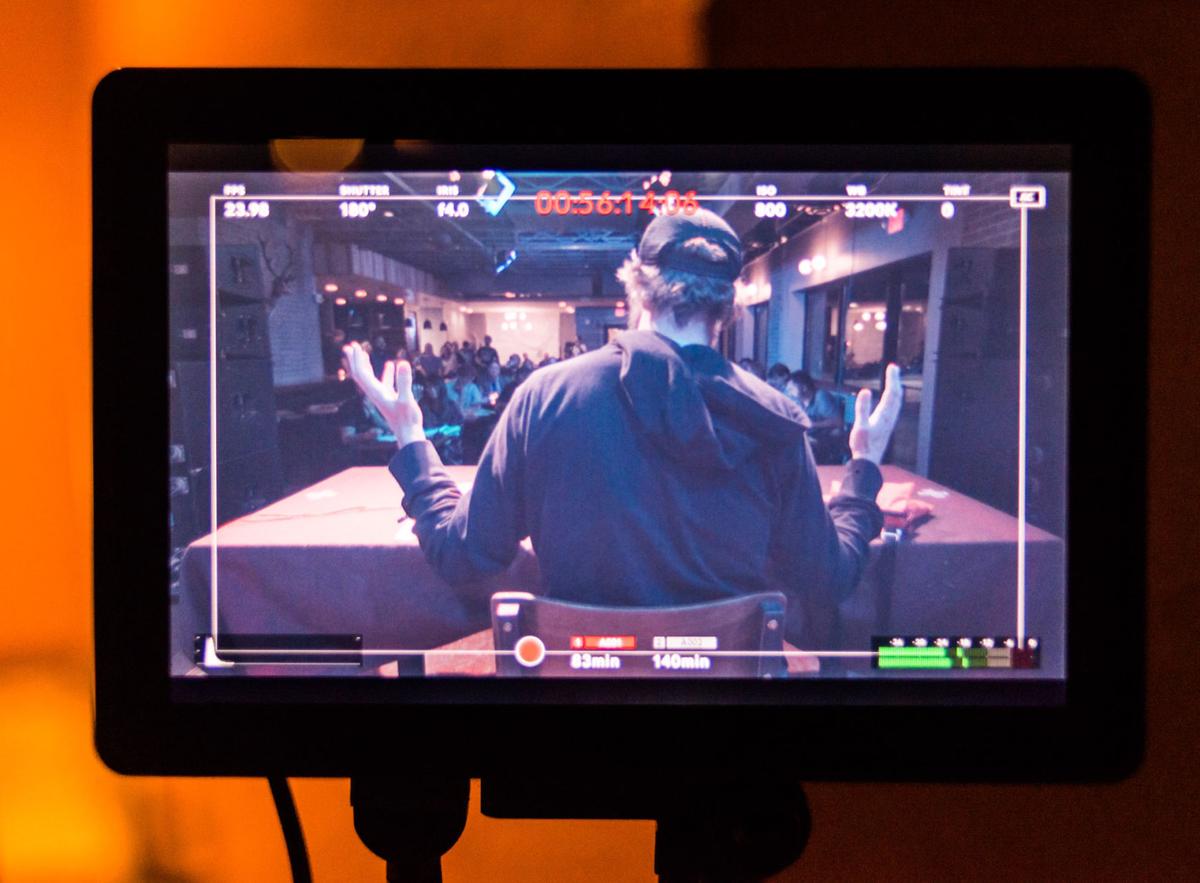 Justin Vernon, Grammy-winning artist and leading man of Bon Iver, spoke with press about his third album, “22, A Million” at a press conference in Eau Claire Friday night. 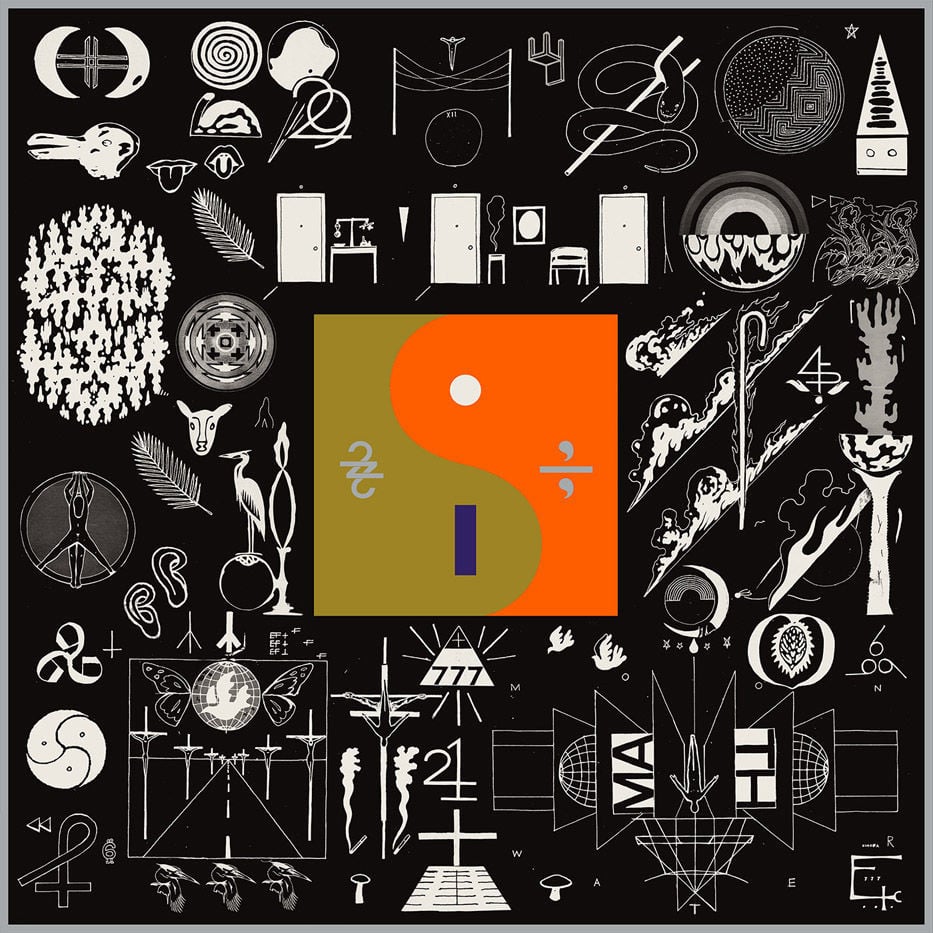 When people are willing to help people out without expecting anything in return, good things happen.

It’s what gave Chippewa Falls native Kyle Frenette the opportunity to spend a decade of his life working as one of Justin Vernon’s managers, leading man of Bon Iver, through his company, Middle West.

“I emailed him on the off chance he might be interested (in working with me),” Frenette said. “I released two records on my label and said to him, ‘I’m going to music business school, do you need help with any of this stuff that you’re doing?’ We met at Caribou Coffee on Snelling Ave. in St. Paul, and here I am.”

That was in 2006, shortly after Bon Iver posted its first record on MySpace. Frenette knew Vernon briefly; they both took piano lessons from Chippewa Falls’s Phil Cook, and Frenette’s high school band opened for Vernon’s college band at Stone’s Throw in Eau Claire.

They released Bon Iver’s first album, “For Emma, Forever Ago,” in 2007, selling copies out of Frenette’s Minneapolis apartment. Ten years later, they’ve traveled around the world together.

“Everything you could ever think of happened, for the most part — we don’t have a private jet or anything,” Frenette said. “But I think staying here, living here throughout that cycle, kept us grounded.”

It also connected them to other people in the Chippewa Valley who are working to make a better community for everyone, including local author Michael Perry.

Perry, a longtime friend and mentor of his, introduced Vernon before a press conference full of people from around the world Friday night in Eau Claire for Bon Iver’s new album, “22, A Million,” which he debuted at the 2016 Eaux Claires Music & Arts Festival and which will be released Sept. 30.

“When something starts that small and that locally, literally rehearsed in a farm house south of town with friends you grew up with, and then it becomes as large as it has become, how do you keep things real?” Perry asked. “When it comes time to announce an album, how do you somehow announce it to the world but also pay attention to your neighbors?”

But Vernon, one who understands the value of lending a hand, came up with an answer. So it made sense to Perry, and Vernon, when the time came to release the new album, five years in the making, that he invited press from all over the world to the place it began.

Alejandro Franco, who works for Warped Magazine in Mexico City, spent one night in Eau Claire for the press conference and said it helped him better understand “22, A Million,” and perhaps all of Bon Iver’s music.

“I got to know this place, and I think I get the point a little bit more than I did before I came,” Franco said.

Tom Barnes, from mic.com in Brooklyn, N.Y., said he spent 12 hours in a plane, taxis and buses to get to the city, but as soon as he arrived he forgot about that.

“It feels fulfilling, it was really satisfying to hear his music in the place he calls home,” Barnes said.

But you don’t have to be from the area to connect with the music, Franco noted. It has a “particular sound very different to everything else,” and he has many musician friends who are inspired by Bon Iver.

“The most beautiful thing about Bon Iver’s music is it comes from here,” Franco said. “But the dark side, the weird side I think comes from any human being, and that’s what I connect with.”

Vernon experimented with a machine called an OP-I in the band’s third studio album, blending his voice with various tracks and combining samples of musical works to create something completely new. “22, A Million” is a step in a new direction for the band, but one that Franco enjoyed.

“I think this album is the most honest work in his still young career,” he said.

Vernon may or may not agree with that, but he does think he’s sending a different message than previous albums.

“It’s wanting to bash things apart a little bit, break through some stuff,” Vernon said. “I needed to sound a little radical for me to feel good about putting something out into the world. Shouting, I think, was more of my zone.”

The album has a lot of religious and spiritual symbolism, questioning its place in the world, while Vernon questions his own. Math and numbers play a huge role, as the title suggests.

“I shout out Eau Claire in a lot of ways, 715 being our area code, but (this album) is also a bridge for me from Eau Claire to understanding the rest of the world,” Vernon said. “22 being my favorite number is the beginning. Million is just the other, everyone else, the impossible to understand category.”

So how do you make sense of the “impossible to understand?” On this album, it’s about finding yourself as much as it is connecting with the people who help find you along the way.

On what he’d tell local artists trying to make a name for themselves, Vernon said it’s important not to get so wrapped up in your work that you forget about life.

“It’s so important to remember your life is going on the whole time,” he said. “You can’t put yourself too far down the rabbit hole because you’ll lose the reason why you did it in the first place.”

Perhaps that helps explain his success, Frenette thought. The whole crew is a mostly local collective who were “just trying to build up the music scene here.”

“Kids come to school here because of Justin and that’s really inspiring that there’s something here to offer,” Frenette said. “The fact that people from Japan and Mexico are here, that’s crazy. But it’s an example of Justin believing we can take what we’re learning outside of this place and bring it back.”

10 most-read stories in September at chippewa.com

Lilly Lane, 8, and Max Lane, 6, helped their father put his judge’s robe on for the first time Monday morning, as a crowd of about 30 people a…

CORNELL — Gail Adeline Mittermeyer, 74, of Cornell passed away quietly at Sacred Heart Hospital in Eau Claire Sunday, July 26, 2020, with her …

Leinenkugel’s will no longer use an image of a Native American woman long associated with the Chippewa Falls-based brewery.

Harold G. Zempel, 93, formerly of Chippewa Falls, was called to the arms of Jesus Wednesday, July 29, 2020, surrounded by his loving family. B…

Justin Vernon, Grammy-winning artist and leading man of Bon Iver, spoke with press about his third album, “22, A Million” at a press conference in Eau Claire Friday night.