This week's local crime and court updates from The Chippewa Herald.

A Stanley man will spend three years in prison for communicating with a 14-year-old girl online for the purposes of meeting for sex.

David A. Frey was actually communicating with a police officer posing as the girl. When he was contacted by police, he also had several images of child pornography on his phone.

Frey, 35, was sentenced recently in Eau Claire County Court for a felony count of possession of child pornography.

Four additional counts of possession of child pornography and felony counts of child enticement and using a computer to facilitate a child sex crime were dismissed but considered in the sentence.

Judge Sarah Harless ordered Frey to spend 10 years on extended supervision after his release from prison.

As conditions of supervision, Frey must maintain absolute sobriety, undergo a sex offender assessment and any recommended programming or counseling, and register as a sex offender for 15 years.

Frey must also have no unsupervised contact with children.

According to the criminal complaint:

An Altoona police officer, working in an undercover capacity posing as a 14-year-old girl, on Nov. 1, 2018, conducted an investigation on sexual exploitation of children.

The officer posted a message on an online social networking service, and Frey responded.

The discussion got sexual in nature and continued for three more days.

Frey and the officer, who called himself Manda, attempted to meet Nov. 16, but Frey ran out of power on his phone and got lost.

Frey and the officer chatted again Nov. 22, 2018, about meeting each other, but Frey stopped texting before final arrangements were made.

During the conversation with the officer, Frey sent a nude image of a sexual organ.

On Nov. 28, 2018, officers went to Frey’s residence and asked him for consent to look at his phone.

Several nude images were found of a female who appeared to be 12 to 15 years old.

Frey told police he recalled the girl who was in the images on his phone. He said she was 16 or 17 years old, but he couldn’t remember her name or how he talked to her.

Frey admitted he chatted online with a girl named Manda. He denied sending her nude images or making arrangements to meet for sexual activity.

Frey said he was going to meet but never left his apartment. 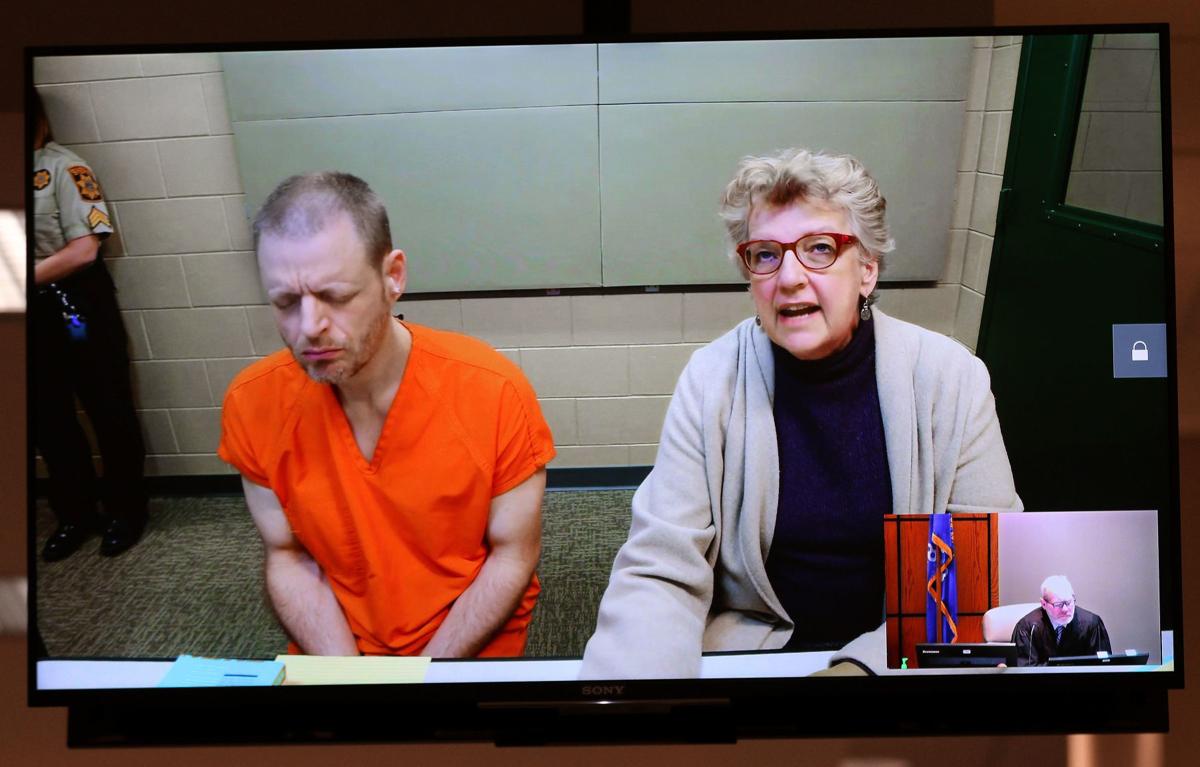 A two-by-four was used by a Colfax man in the killing of his father, according to the Dunn County criminal complaint.

Gary E. Styer, 51, of rural Colfax told investigators he used a piece of lumber to strike his father in the head and torso while he slept in the early morning hours of Jan. 15, the complaint stated.

Dunn County deputies responded to a call for a welfare check of Edward Styer, 78, where he was found deceased. Deputies initially suspected his death to be from a gunshot wound. Authorities found a wooden board approximately four feet in length covered in blood in the room.

Styer has been charged with one count of first-degree intentional homicide. He made an initial appearance in Dunn County Circuit Court by video conference call Tuesday afternoon.

Attorney Laurie Osberg, representing Styer through the Wisconsin State Public Defender’s Office, said they have yet to appoint counsel in Styer’s defense.

Osberg said they need more time to make a decision whether a second autopsy is needed and whether a second defense investigator is needed to study the scene. They just received the criminal complaint and counsel hasn’t been assigned, Osberg said, so they have yet to begin discovery.

Dunn County District Attorney Andrea Nodolf said the deadline for a second autopsy was Tuesday. The body of the victim should be released to allow the family to hold funeral services, Nodolf said.

Osberg asked Judge James M. Peterson to not make a decision on the release of the body until a later date. Styer is entitled to due process, and the public defender’s office is moving as quickly as it can but counsel must be assigned before it can continue with its investigation, Osberg said.

The state completed the process of investigation of the scene Friday and it has been released back to the family, Nodolf said.

Judge Peterson said the dignity of the family outweighs bureaucratic delays, but there are many issues related to concerns of the deceased’s body. Peterson said that although he understands the desires to have the body present at a memorial service, he ordered that the body not yet be released to the family.

Continuation of Styer’s initial appearance is slated for Friday afternoon.

Styer said, according to the complaint, that he struck his father because of years of emotional and physical abuse he suffered as a child. Styer said his father’s comments about Styer’s unemployment also played a factor.

Styer had gone to Eau Claire later in the day on Jan. 15 and told someone his father may or may not be alive, the complaint said, leading to the call for a welfare check.

Stay up-to-date on local and national politics with our weekly newsletter! Sign up→