Here are today's top stories, celebrity birthdays and a look back at this date in history:

US launches mass expulsion of Haitian migrants from Texas

DEL RIO, Texas (AP) — The U.S. is flying Haitians camped in a Texas border town back to their homeland and blocking others from crossing the border from Mexico in a massive show of force that signals the beginning of what could be one of America’s swiftest, large-scale expulsions of migrants or refugees in decades.

More than 320 migrants arrived in Port-au-Prince on three flights Sunday, and Haiti said six flights were expected Tuesday. In all, U.S. authorities moved to expel many of the more 12,000 migrants camped around a bridge in Del Rio, Texas, after crossing from Ciudad Acuña, Mexico.

The U.S. plans to begin seven expulsion flights daily on Wednesday, four to Port-au-Prince and three to Cap-Haitien, according to a U.S. official who was not authorized to discuss the matter publicly. Flights will continue to depart from San Antonio but authorities may add El Paso, the official said.

MOOSE, Wyo. (AP) — Authorities said a body discovered in northern Wyoming was believed to be that of a 22-year-old woman who disappeared while on a cross-country trek with a boyfriend now the subject of an intense search in a Florida nature preserve.

The FBI said the body of Gabrielle “Gabby” Petito was found Sunday by law enforcement agents who spent the weekend searching camp sites on the eastern border of Grand Teton National Park.

Boyfiend Brian Laundrie, 23, has been identified as a person of interest in the case. He was last seen Tuesday by family members in Florida.

More than 50 law enforcement officers on Sunday started a second day of searching for Laundrie at the more than 24,000-acre Carlton Reserve in Sarasota County, Florida, a wildlife area with more than 100 miles of trails, as well as campgrounds.

LOS ANGELES (AP) — Netflix’s “The Crown” and “The Queen’s Gambit” combined with Apple TV+’s “Ted Lasso” to sweep top series honors at the Sunday’s Emmy Awards, a first for streaming services that cemented their rise to prominence in the television industry.

"I’m at a loss for words,” said Peter Morgan, the creator and writer of the British royal saga “The Crown,” which collected acting, writing and directing awards in addition to four acting honors.

His comment may also apply to the premium cable channels that once ruled the Emmy Awards and to the broadcast networks — including Sunday's ceremony host, CBS — that have long grown accustomed to being largely also-rans.

Click on the links below for full version of today's top stories. Keep scrolling for a look back at this day in history and today's celebrity birthdays:

US officials defend expulsion of Haitians from Texas town

DEL RIO, Texas (AP) — More than 6,000 Haitians and other migrants have been removed from an encampment at a Texas border town, U.S. officials said Monday as they defended a strong response that included immediately expelling migrants to their impoverished Caribbean country and faced criticism for using horse patrols to stop them from entering the town.

NORTH PORT, Fla. (AP) — FBI agents and police Monday searched the home of the boyfriend wanted for questioning in the death of 22-year-old Gabby Petito, whose body was discovered over the weekend at a Wyoming national park months after the couple set out on a cross-country road trip.

WASHINGTON (AP) — Senate Democrats launched an uphill fight Monday to rescue their drive to help millions of immigrants remain legally in the U.S., their pathway unclear and the uncertainty exposing tensions between party leaders and progressive groups demanding bold results.

NEW YORK (AP) — President Joe Biden began his first visit to the U.N. General Assembly ready to make the case to world leaders that after closing the book on 20 years of war, the U.S. aims to rally allies and adversaries to work together on a slew of crises, including the COVID-19 pandemic, climate change and trade and economics.

THREE RIVERS, Calif. (AP) — Flames on Sunday reached a grove of sequoia trees in California as firefighters battled to keep fire from driving further into another grove, where the base of the world’s largest tree has been wrapped in protective foil.

LOS ANGELES (AP) — Netflix’s “The Crown” and “The Queen’s Gambit” combined with Apple TV+’s “Ted Lasso” to sweep top series honors at the Sunday’s Emmy Awards, a first for streaming services that cemented their rise to prominence in the television industry.

NEW YORK (AP) — Chris Rock on Sunday said he has been diagnosed with COVID-19 and sent a message to anyone still on the fence: “Get vaccinated.”

MANILA, Philippines (AP) — Philippine boxing icon and senator Manny Pacquiao says he will run for president in the 2022 elections.

IMAGE OF THE DAY

Photos: Scenes from the red carpet at the 2021 Emmys

In 2017, Hurricane Maria, the strongest hurricane to hit Puerto Rico in more than 80 years, struck the island, and more events that happened o…

In 1973, Billie Jean King beats Bobby Riggs in straight sets to win the Battle of the Sexes. See more sports moments from this date:

The mother told police the 4-year-old was kept in the basement for days at a time and that food was also withheld from the boy, according to the documents.

Millions of retirees on Social Security will get a 5.9% boost in benefits for 2022, the biggest cost-of-living adjustment in 39 years.

A woman was raped by a stranger on a Philadelphia area train in the presence of other riders who a police official said "should have done something."

Homes that use natural gas, which make up nearly half of all U.S. households, may spend $746 this winter, 30% more than a year ago.

Colin Powell, military leader and first Black US secretary of state, dies at 84

Colin Powell, the first Black US secretary of state who helped shape American foreign policy for decades, has died of complications from Covid-19, his family said.

U.S. health advisers said Thursday that some Americans who received Moderna's COVID-19 vaccine should get a half-dose booster to bolster protection against the virus.

Former President Trump sought to block the release of documents related to the Jan. 6 riot to the congressional committee investigating the attack.

New York real estate heir Robert Durst was sentenced Thursday to life in prison without chance of parole for the murder of his best friend more that two decades ago.

Biden honors Powell as 'a dear friend and a patriot' 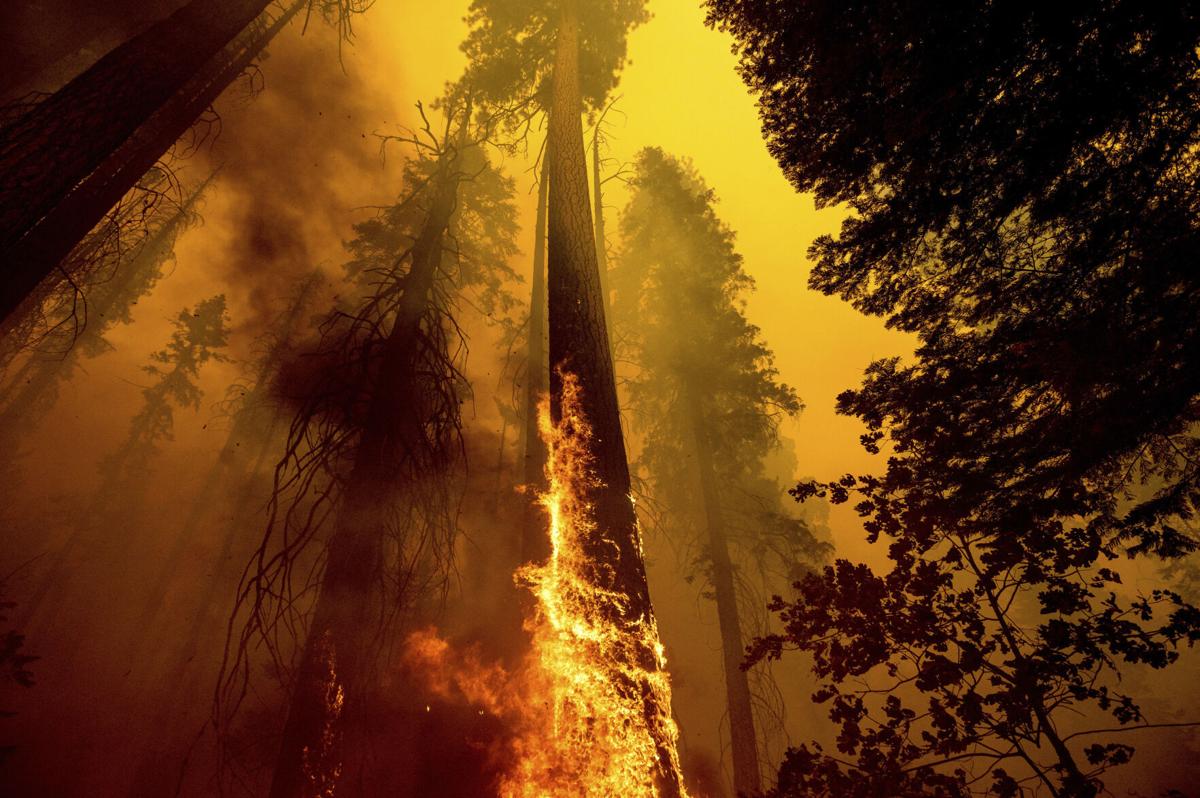 Flames lick up a tree as the Windy Fire burns in the Trail of 100 Giants grove in Sequoia National Forest, Calif., on Sunday, Sept. 19, 2021. (AP Photo/Noah Berger) 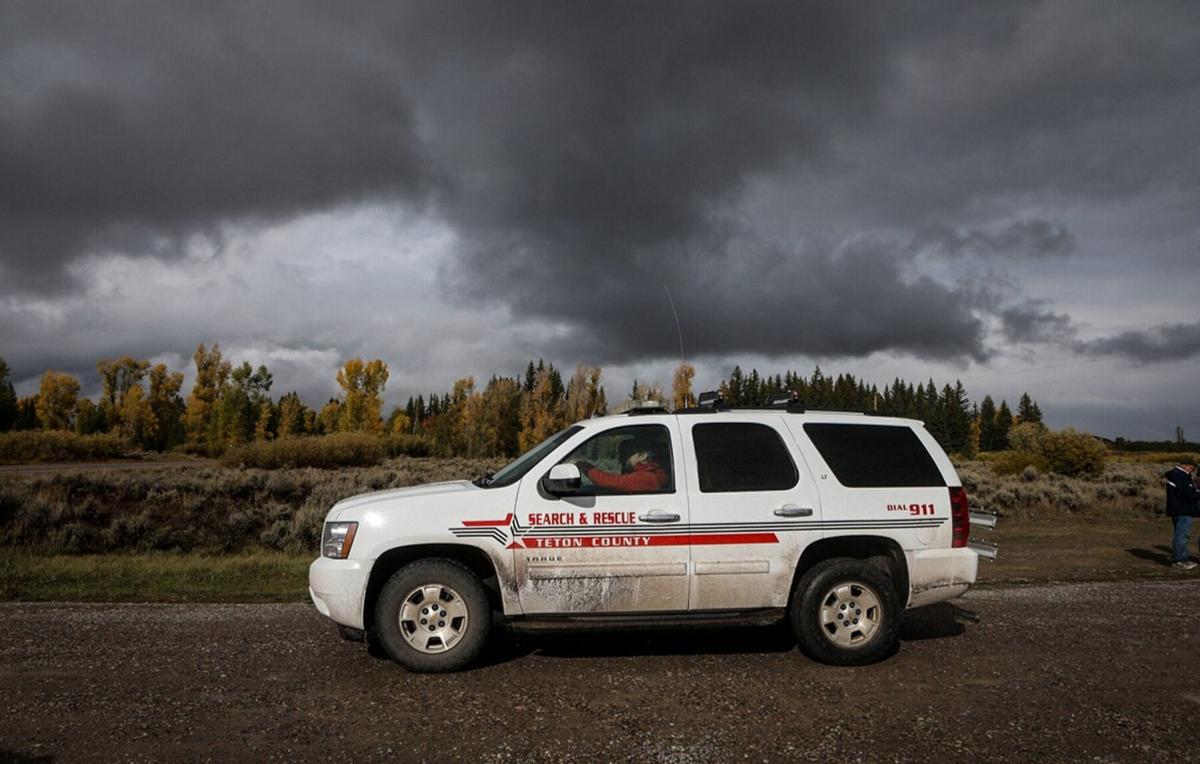 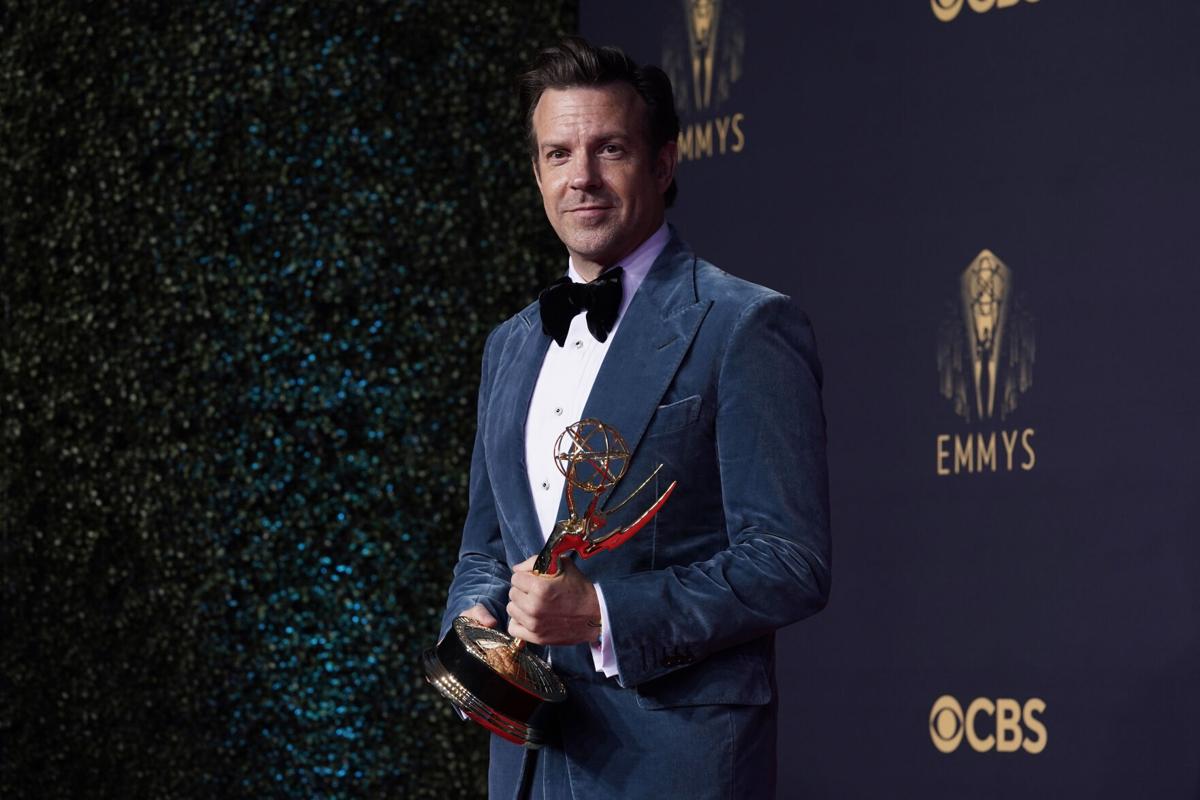 Jason Sudeikis, winner of the award for outstanding lead actor in a comedy series for "Ted Lasso" poses the 73rd Primetime Emmy Awards on Sunday, Sept. 19, 2021, at L.A. Live in Los Angeles.