Subscribe
Read Today's E-Edition
Share This
A bald eagle was shot in Caledonia. A hospital established almost by accident tried to save it
0 Comments
Share this

A passerby was driving along a quiet country road July 21 in northeastern Racine County when they noticed a large, breathtaking bird, hobbling and attempting to flap its wings, unable to gain flight.

The Wisconsin Department of Natural Resources and a warden, Brandon Smith, responded to the scene. “First, we contacted the owner of the property in question, and the owner, who helped in any way they could, had no idea that this injured bird was on their property,” Smith said. “Once arriving on the scene, it did not take long to corner and capture the injured bird.”

The crippled creature was quickly identified as a bald eagle, which has been the national bird of the United States since before the Constitution was ratified.

These eagles have become increasingly common in the state in recent decades. The number of occupied bald eagle nests identified by the Wisconsin DNR grew from 108 in the early 1970s to just shy of 1,700 in 2019. It remains illegal nationwide to hurt bald eagles, but it is not uncommon for them to be hurt by hunters — mistaking them for non-protected birds like goose — and poachers who can sell eagle’s body parts for hundreds of dollars apiece. It was clear the eagle in Caledonia had been injured by humans. An X-ray later revealed at least two BBs (possibly birdshot) embedded inside the creature. Injuries to its talons and wings indicated it had been trapped; one of its legs was losing circulation and appeared to have a compression injury.

Had the eagle Smith rescued been hurt decades ago, there may not have been anyone to try to nurse the American icon back to health.

When a wild animal is hurt, there’s no direct governmental office that may be able to help. The DNR does not really have wildlife rehabilitators; that’s not a function of the department.

That’s where nonprofits come in. Locally, that means Fellow Mortals Wildlife Hospital, a Lake Geneva nonprofit founded by a Burlington-area native who was inspired after a near tragedy involving a lawn mower and a rabbit burrow.

A career by mistake

She never thought about being a veterinarian or taking care of animals as a career. She considers her childhood as “growing up in the country” but having too little respect for the life surrounding her. She admits she “took it for granted.”

That changed in 1985. She was in college and working as a paralegal at a real estate law firm, and certainly was not the “Save the Birds”-type she has become.

While mowing the lawn at the mobile home park she and her husband operated, Wallace Blane mistakenly ran over a nest of baby rabbits. “I was distraught. I didn’t know what to do,” she recalled, seeing a whole family of tiny, fluffy critters scatter in fear — like a horrific deleted scene from “Watership Down.”

Wallace Blane called a wildlife rehabilitator who told her to “let nature take its course.” That didn’t sit well with her. To this date, regarding the injured animals, whenever someone says “Let nature take its course,” Wallace Blane thinks “It’s not natural to run over a rabbit’s nest with a lawn mower.” It’s not natural for an eagle to get shot by BBs and then be left flightless to die. “Why don’t we understand yet the importance of wildlife to the life of our environment?”

Wallace Blane and her husband, Steven J. Blane, found the bunnies and “we took it on ourselves to raise them, which was illegal, which we didn’t know at the time.” After learning it was illegal to care for wild animals without proper training, they got certified.

Wallace Blane has 10 wildlife rehabilitation licenses, allowing her to legally care for certain wild animals as small as newborn squirrels and freshly hatched hummingbirds, and as big as deer and beavers — not to mention bald eagles, which weigh up to 14 pounds, can be taller than 3 feet and have wingspans wider than that of Giannis Antetokounmpo.

Fellow Mortals aims to fill the gap left by the lack of governmental agencies existing to take care of the wild animals whose home had been destroyed. Still today, many are unaware these agencies exist.

Twenty-six of Wisconsin’s 72 counties currently have at least one licensed wildlife rehabilitator facility, according to the DNR. Serving Racine and Kenosha counties, there’s really only two such facilities: Fellow Mortals and the Wisconsin Humane Society.

“The underlying inspiration is compassion and respect for other life,” Wallace Blane said. “It’s not only humans that inhabit this Earth.”

Now, if a DNR warden or a member of the public rescues an injured creature, they can call Fellow Mortals and bring the animal in for care. Besides the DNR, it is not uncommon for regular citizens to find an injured animal and not know what to do, so they search online and find Fellow Mortals.

Today, Fellow Mortals Wildlife Hospital has a staff of 5-10 (depending on the time of year) that cares for most non-predatory small mammals and just about any bird common in Wisconsin. Four of the staff members are full-time animal rehabilitators.

The hospital also employs up to four interns at a time, giving the college students hands-on training before they enter careers as wildlife advocates, veterinarians, field researchers or perhaps wildlife rehabilitators. For the first time this year, two of the interns are somewhat local: both from Beloit, in addition to one from Wyoming and the other from North Dakota.

The nonprofit has received numerous awards: receiving a “Platinum Transparency” honor from GuideStar, is a Doobert-approved animal rescue organization, receiving a “Top Rated” recognition from GreatNonprofits in 2021 and being named a “Top-Ranked Organization” by Global Giving this year.

Fellow Mortals Wildlife Hospital is entirely supported by donations. It receives no government funding. Co-founder Yvonne Wallace Blane said the nonprofit is now considering starting a fund for rewards to tipsters who provide information leading to the identification of those who illegally hurt animals.

To support any of the hospital's missions, go to fellowmortals.org/help-wildlife/donate

The eagle that DNR Warden Smith brought to the hospital didn’t make it.

“We worked with the bird, but over the next few days … the gangrene started,” Wallace Blane said. It was too hurt to survive and was put down last week.

“Her right foot became progressively more bruised and swollen and over the next few days the damage caused by the compression injury to the leg and foot revealed itself as the tissue began to die. Obviously this magnificent bird could not live, let alone be released, without her ability to grip and perch,” states a Facebook post from the hospital, which commonly provides public updates on the animals in its care. “Eagles are not only intelligent but they learn from experience, and this sweetheart knew as well as we did that her life was over. Warden Brandon Smith, who rescued this bird and ensured she did not die from starvation or predation, is pursuing enquiries and has taken her physical remains into evidence.”

Wallace Blane called for anyone who knows the person that hurt the bird to call the DNR and report them. “Somebody knows something about how that bird got hurt,” she said in a phone call.

Violations can be reported to the DNR at dnrx.wisconsin.gov/rav or by phone/text by calling 800-847-9367. Under the Bald and Golden Eagle Protection Act, wounding or killing an eagle can result in a fine of $100,000 and one year in prison for a first offense, according to the Fish and Wildlife Service, although sentences are rarely that stiff.

Fellow Mortals’ Facebook post eulogizing the bird concluded: “We honor her spirit, which remains, and we go forward with love and hope for the wild ones who will continue to need us, and for the overwhelming majority of you who show compassion and respect for the ‘others’ with whom we share this Earth.”

Not all of the animals’ stories end this way.

On July 1, another bald eagle was found disoriented in a ditch in Jefferson, about 35 miles northwest of Burlington. His symptoms indicated it had suffered head trauma, and several of its bones were broken. Like the one in Caledonia, this eagle was brought to Fellow Mortals.

The day after Independence Day, the eagle had healed enough — thanks to the hospital, and hearty meals of beef shank and salmon — that he could be brought outside for the first time.

Like all the other thousands of animals rehabilitated at Fellow Mortals in the past 37 years, he will soon be released to be free again.

The name for Fellow Mortals Wildlife Hospital comes from a poem, "To a Mouse," written in 1785 by Robert Burns; one of the hospital's co-founders, Yvonne Wallace Blane, studied English in college. The poem's second stanza reads:

An’ justifies that ill opinion,

At me, thy poor, earth-born companion,

Wisconsin boy 'was eager to grow up’ — Four weeks after fatal collapse at hotel, no answers, no investigation

A month later, it’s not clear what caused the ceiling to collapse that killed a 10-year-old from Wisconsin. There’s been no investigation by authorities, and none appears to be planned.

Man taken to hospital after rescue from drum of concrete mixing truck in town of Vienna, authorities say

A man was taken to a local hospital after he was rescued from the drum of a concrete mixing truck in the town of Vienna on Monday night, authorities reported.

A 52-year-old man was charged with killing a teenager, stabbing four others in a dispute that allegedly involved a lost cellphone during a tubing excursion on a Wisconsin river.

"Adam Steen, on the other hand, is a motivated Patriot, dedicated to making Wisconsin Great Again," Trump said in a statement.

21-year-old shot and killed his friend in Racine while playing with a loaded revolver, charges say

Here's why the 2020 election will never be 'decertified'

There is no provision under the law or the Constitution by which the government can wipe out millions of citizens' votes.

The investigation found a "hostile or unprofessional working environment" may have contributed to the suicide of another high-ranking civilian employee. 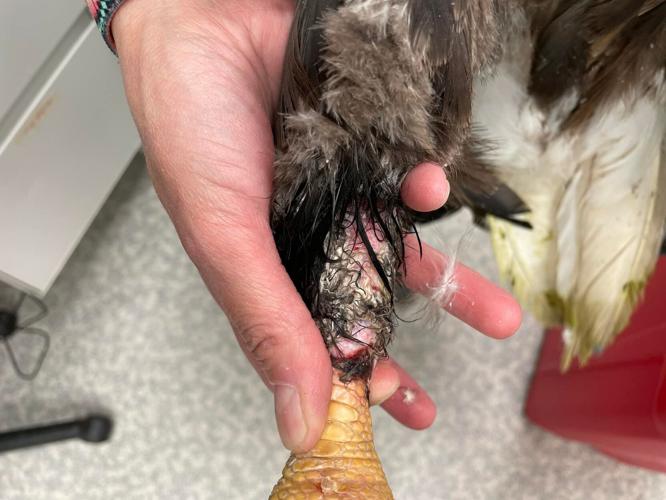 A compression leg injury could be seen on a bald eagle, found hurt in Caledonia last month. 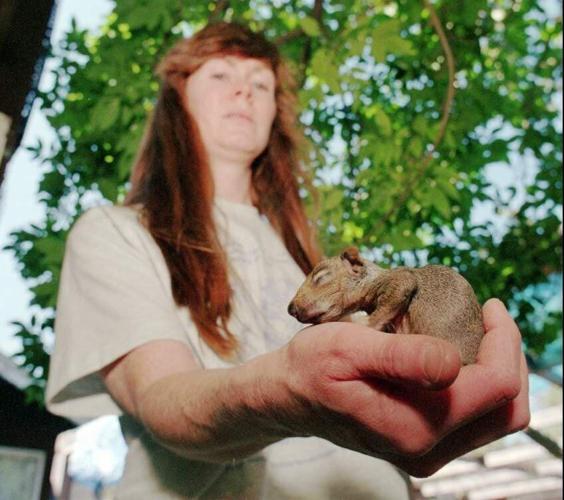 Yvonne Wallace Blane, wildlife rehabilitator and Fellow Mortals Wildlife Hospital co-founder, is pictured in September 1994 with one of the gray squirrel babies that were being cared for at the hospital. 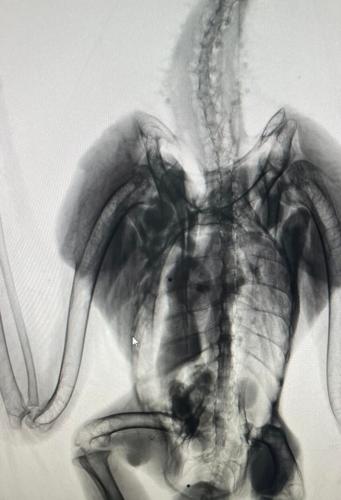 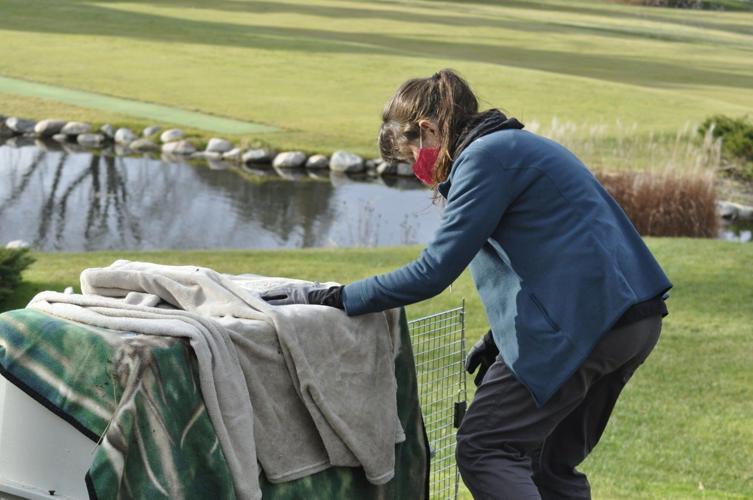 Jessica Massaro Nass, an advanced wildlife rehabilitator for Fellow Mortals Wildlife Hospital, opens the door of a crate containing a bald eagle the group saved from Fontana to release the bird into wooded property around the Big Foot Country Club in November 2020. 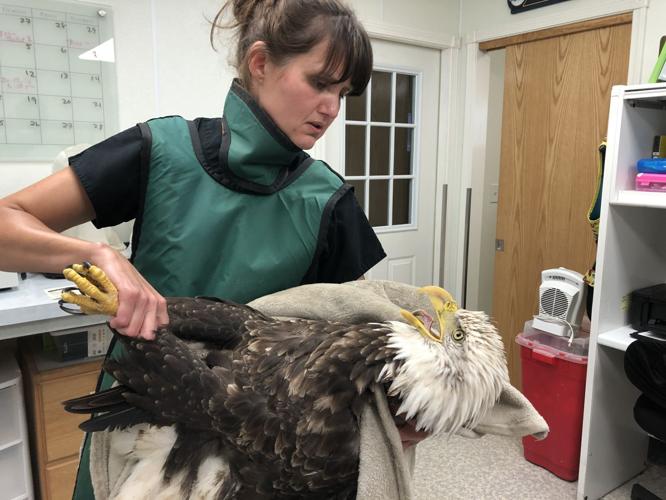 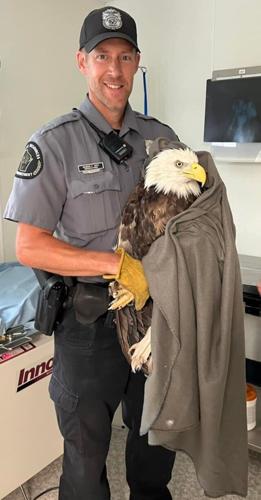 Wisconsin Department of Natural Resources Warden Brandon Smith poses July 21 with a bald eagle that was likely shot and trapped, and left for dead, in Caledonia. 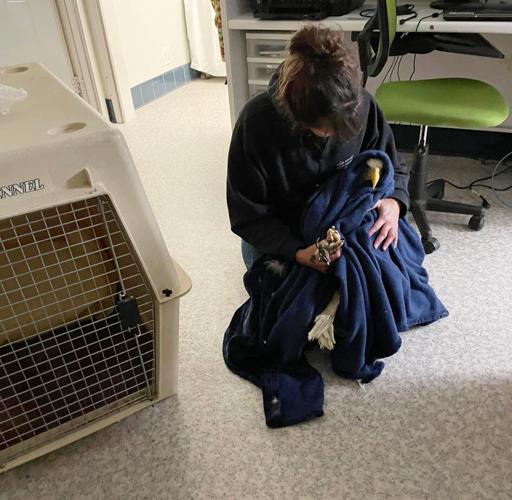 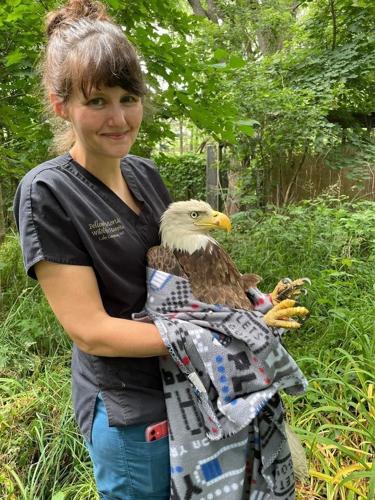 Yvonne Wallace Blane holds a bald eagle July 5 as it recovers from a head trauma injury.