As a girl growing up on her family’s town of Westport farm, Margaret Walker-Geary spent many afternoons climbing what was then the state’s second-largest white oak.

“People used to stop and look at that tree, you know,” said Walker-Geary, 83. “That tree was there when my grandpa owned the land. When my house was a cow pasture.”

Since then, the tree lost one life and gained another. In the 1990s, developers working on a nearby apartment complex cut back the tree’s root system, effectively killing it. Most of it was cut down, but in 1998, Sun Prairie sculptor Alberto Chavez carved a sculpture out of the tree’s remaining 20-foot stump. He chiseled images of animals and people, including a grizzly bear, an eagle and two female nudes.

On Sunday, waterlogged from recent heavy rains, what remained of the once-mighty tree finally fell over.

The tree has served as a landmark for Westport residents for centuries. A 2009 Dane County survey of historic trees determined that the oak, which measured more than 54 inches in diameter, was more than 250 years old — older than the country itself. A 1980 book, “Wisconsin Champion Trees,” determined it was then the second-largest white oak in Wisconsin, with the largest crown of any tree of that species in the state.

Sharla Hanson, Walker-Geary’s childhood friend, said she grew up in awe of the impressive oak.

“I’ve lived on this street all my life,” Hanson said. “It’s always been there. I always think of how many sunrises it saw, and how many snowstorms, and how many birds sat in the tree, and the rainbows and everything that that tree saw.”

Hanson’s own father, who was born in 1917, used to play under the tree as a child. Hanson has images of her father standing under the oak’s canopy. He cried when he learned the oak had died.

“He was so upset that this was his tree,” she said.

The developers who severed the tree’s roots settled in a lawsuit with the town, which used the money to transform the remaining stump into a sculpture. Chavez’s piece was meant to exemplify the struggle between the town and the apartment developers, featuring animal and human figures to illustrate the relationship between nature and humanity.

Anne Pryor, a longtime Westport resident, stopped by to say goodbye to the tree earlier this week.

“I purposely came out to pay my respects,” she said. “I wanted to see it before it got hauled away. ... It lived a very good long life and beyond. It’s a sad loss.”

In recent years, the town of Westport has worked to restore the tree, spraying preservatives on the exterior. Trees are designated a potential protection item under the town’s Historic Preservation Ordinance.

City officials marked the fallen tree with caution tape Tuesday. While the town would prefer to save it, Westport administrator/clerk-treasurer Dean Grosskopf said the cost would be too high.

“It’s in extremely bad condition,” Grosskopf said. “When it fell, the tree broke open like a hot dog. It was never meant to stand forever — when it was carved 27 years ago, it wasn’t supposed to be the burden for the town. It was supposed to be a punishment for the developers that killed the tree.”

Grosskopf is hopeful, however, that the town can find a private group or citizen to help restore the sculpture. Otherwise, the town will cut it up and attempt to salvage a couple of the smaller carvings, he said.

Daniel Estep has lived across Westport Road from the oak for two years. He moved to the Madison area to be evaluated for a bilateral lung transplant, which he received in 2017. After his surgery, Estep learned his donor, Jim Ramsdell, had been a famous wood-carver from Bayfield. Ramsdell had just finished installing a commission of a full-size bald eagle when he died.

“This tree has really brought me a sense of peace,” he said. “Sometimes things happen for a reason. I think I was meant to live across from this tree.”

Estep said the tree did something similar for many Westport residents. Within a couple hours of the sculpture’s demise, he said he saw Westport residents screaming, “No, no, no,” and congregating around the fallen landmark.

Estep has worked on nature preservation in the past, serving as the vice president of the Preservation Alliance of La Crosse. He said he would like to see the tree restored and placed somewhere central to the town — possibly at the town hall or beside a bike path.

“I think all of it can be salvaged,” he said. “If they’re going to reassemble it, they can. Preservationists, conservationists, art conservators, they know how to put these things back together.”

Art of the Everyday: A recap of May in photos from Wisconsin State Journal photographers 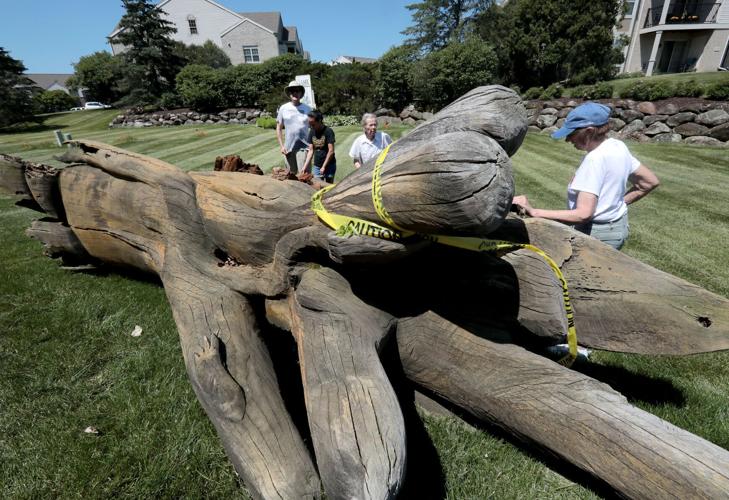 Neighbors gather at the site of a fallen carved oak trunk Monday. Two neighbors, Margaret Walker-Geary and Sharla Hanson, have lived on properties adjacent to the tree since their youth, before it was damaged in the 1990s and later turned into a sculpture. 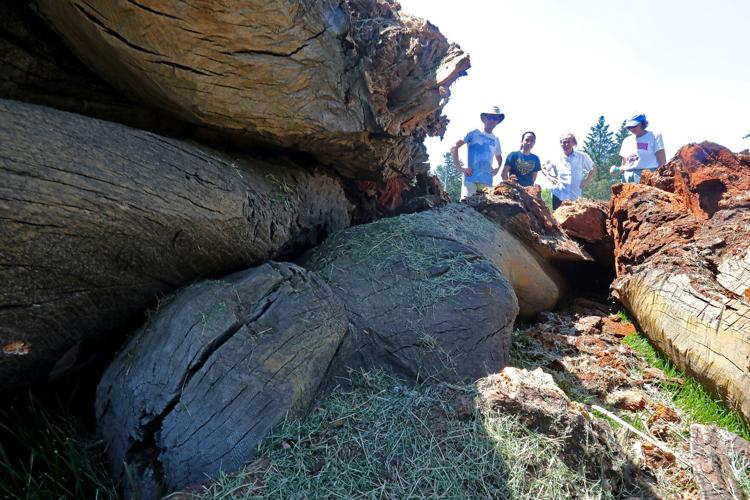 A group of neighbors inspect the fallen oak tree in the town of Westport. The trunk was carved in 1998, including this female form. 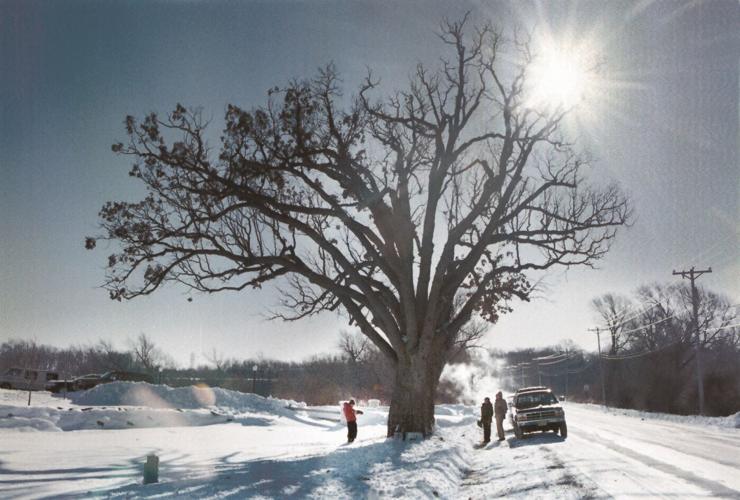 Pictured in 1996, after its roots were damaged by developers, the tree was once listed as the second-largest white oak in the state. 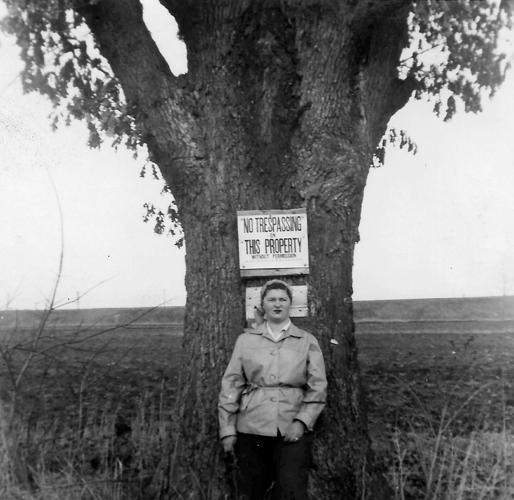 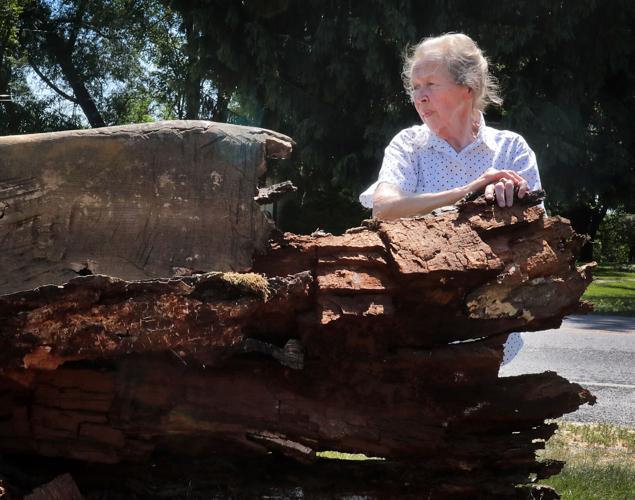 Margaret Walker-Geary climbed the tree as a girl, growing up on a nearby farm.