Until the pandemic hit, Jana Goodman, a mother of three and longtime resident of Waukesha, never relied on free school lunches. Even though she said her family was always “one broken down car away from a disaster,” her only school-age child at the time, Jacob, did not qualify for free and reduced-price meals.

Then the pandemic sent the Goodmans’ finances into a tailspin. After 15 years in the medical field as an administrative employee, she was furloughed for most of the summer in 2020. Her husband, who works three jobs, saw income from his most profitable gig as a DJ plummet as people stayed home.

They got a lifeline through federal programs that gave schools, even those meeting virtually, the ability to provide free meals for all students during the pandemic.

“The free meals was a huge one, because it may not seem like it day to day, but lunch money adds up,” Goodman said, adding that the family continued picking up the meals through the summer of 2021.

What started out as an emergency relief provision has since turned into a nationwide experiment — one testing the benefits and costs of offering universal free meals to an unprecedented number of U.S. students, regardless of family income.

In 2019, 39% of children qualified for free or subsidized lunches across the 424 Wisconsin school districts participating in U.S. Department of Agriculture’s child nutrition programs, according to the state Department of Public Instruction. The abrupt halt to the meals during the pandemic was a blow to many who relied on them.

For the 2021-22 school year, nearly every school in the state chose to offer universal free meals through the “Seamless Summer Option,” said Karrie Isaacson, the school nutrition assistant director for the state Department of Public Instruction.

But the federal waiver that permitted universal free school meals expired June 30, and legislation to extend or permanently implement a free meals program has stalled at the state and federal level, leaving an uncertain future for free school meals in Wisconsin.

“Our challenge in Belleville is to make sure that qualifying families fill out the proper forms to keep their meal program in place,” said Nate Perry, district administrator of the Belleville School District. “They have not had to necessarily complete these forms since the start of the pandemic.”

The free meals during the pandemic brought other benefits, including freeing up administrators from having to keep track of students’ eligibility.

“It frees up their (schools’) own resources from having to be gatekeepers and lets them just feed the kids and really treat food just like anything else that you get as part of the school day,” said Judi Bartfeld with the School of Social Work at UW-Madison.

It also addressed the problem of unpaid lunch funds. About three-quarters of the school districts in a 2019 national survey said they had unpaid student meal debt. And it eliminated “lunch shaming,” in which students who don’t have money in their meal accounts are given alternative cheaper meals, like cheese sandwiches.

After getting a trial run during the pandemic, Isaacson said there is broad support in Wisconsin schools to continue free meals for all.

“Significant emergencies like the Great Depression (and) the COVID-19 pandemic often change people’s views about what is possible from a social or political standpoint,” Ruis said. “I think there’s a real chance that universal school meals will be realized on a broader scale than they currently are.”

But funding remains a challenge.

For all food service programs, federal money only reimburses the cost of meals served to students eligible for free meals. That means schools must pay costs, such as labor and food, above the provided federal assistance, which Bartfeld said can make it difficult for schools to take advantage of the federal assistance.

Democrats in the state Assembly proposed to fill the gap by reimbursing schools that offer free meals to all students. But the measure, AB 805, never made it out of committee in the Republican-controlled Legislature.

The Waukesha School District was the only one in Wisconsin to opt out of the Seamless Summer Option last school year. Initially, the School Board voted 9-0 to revert to the National School Lunch Program, which provides free and reduced-price lunches to students based on income eligibility.

The Alliance for Education in Waukesha led the charge to change the vote, drafting press releases, hosting rallies and generating local and national media attention, which prompted threats against some board members and spurred media inquiries from as far away as Moscow.

Dave Dringenburg, a member of the Alliance and a father of two daughters in the district, said the board’s decision was out of touch with the community, where nearly one-third of the district’s 11,766 students qualified for subsidized meals in 2019.

After the board’s decision hit the national news, former member Greg Deets said he received at least 500 emails from around the world. Deets’ original rationale behind opting out of free meals was the dropping COVID-19 case numbers and the ability to to return to the free meals program if needed. Other members agreed.

But what he learned in the emails changed his mind and reversed his vote. A narrow majority of the board came to the same conclusion, voting 5-4 last August to keep the free meal program through the 2021-22 school year.

Several board members, however, made clear they did not support free meals for all.

At the meeting where the decision was reversed, school board member Kelly Piacsek said the program was “wasteful by design,” noting students who don’t need the program can’t pay for meals even if they want to. She said Waukesha should not cede its authority to the federal government, likening the issue to the controversy over teaching young children about race and privilege.

“I believe it was important to make sure all children are fed,” said school board member Joseph Como, who voted in favor of the option at a later meeting. “I also believe that this program should not exist forever, and this board needs to make sure it does not continue forever.”

As the June 30 expiration date approached, Congress passed a bipartisan measure to temporarily increase school meal reimbursements. But it rejected the USDA’s recommendation to extend the free meals waiver for another year.

States including Maine and California have already passed legislation to ensure free meals for all students in their state budgets. Bartfeld isn’t so hopeful here in Wisconsin, noting the state’s “very polarized” politics.

Deets may be proof of that. He lost his school board seat in April along with two other incumbents to three Republican-backed candidates in the officially nonpartisan race. Deets said he thinks school meals were a “piece” of the reason he was ousted.

For now, Goodman is preparing to face a school year without free meals for her two children now in school. The family finances have still not bounced back from the pandemic. And with food prices rising, she is bracing for a “scary time” of deciding between buying groceries — and paying other household bills.

Madison police have released 18 minutes of surveillance footage, excerpted here, from inside the Madison Museum of Contemporary Art and at the…

James Mueller, 76, and Donna Mueller, 75, of Janesville died of their injuries after the lightning strike in Lafayette Park, directly outside the White House complex,  police reported. 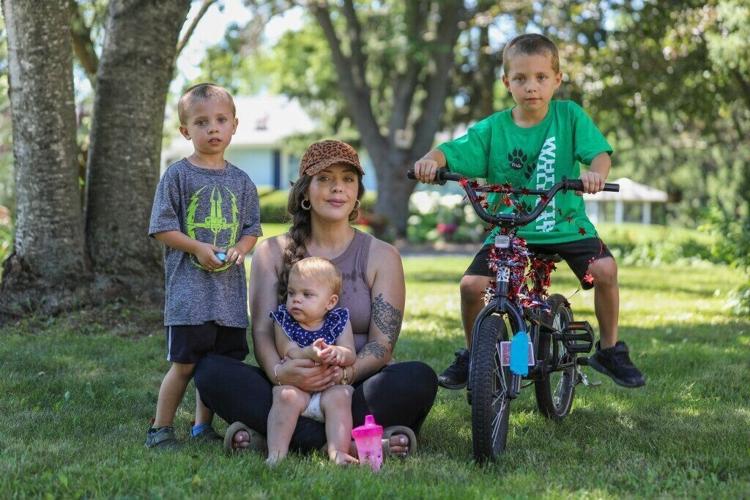 After the Goodman family of Waukesha took a major financial hit during the pandemic, Jana Goodman was grateful for the universal free school meals offered at her son’s school. 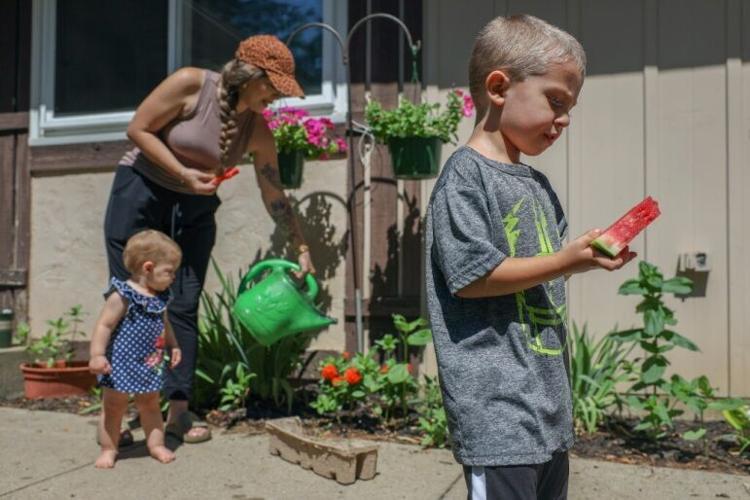 Even though they were always “paycheck to paycheck," Jana Goodman’s family did not qualify for free and reduced-price meals before the pandemic — and still will not qualify next school year, despite their continuing financial struggles caused by the pandemic and inflation. 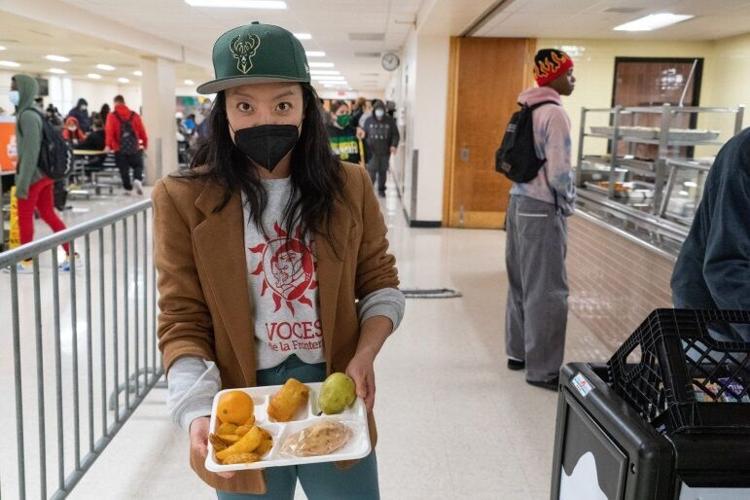 Rep. Francesca Hong, D-Madison, joined Youth Empowered in the Struggle (Y.E.S.) students in Milwaukee for an event on May 3 promoting the students’ School Lunch Justice campaign. Also at the event were Reps. Kristina Shelton, D-Green Bay, and Robyn Vining, D-Wauwatosa. The lawmakers discussed their bill to provide free school meals to all Wisconsin students. 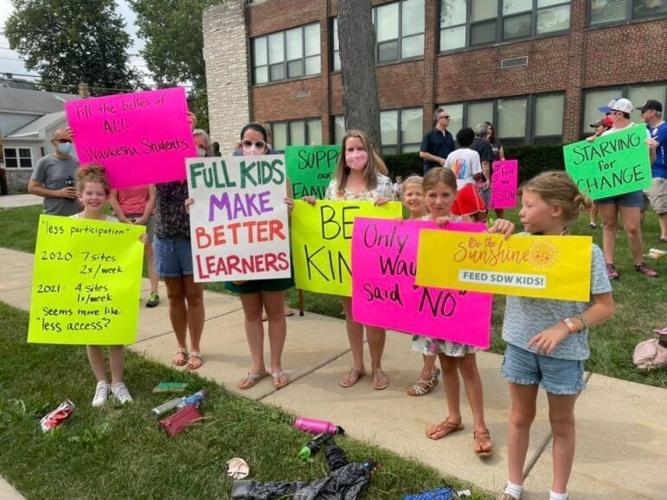 Providing free meals for all students regardless of income generated hot debate in the Waukesha School District in 2021. The Alliance for Education in Waukesha held this rally on Aug. 27, 2021, to protest the board’s decision to end universal free meals. The board later reversed the decision, but the federally subsidized program has since expired. 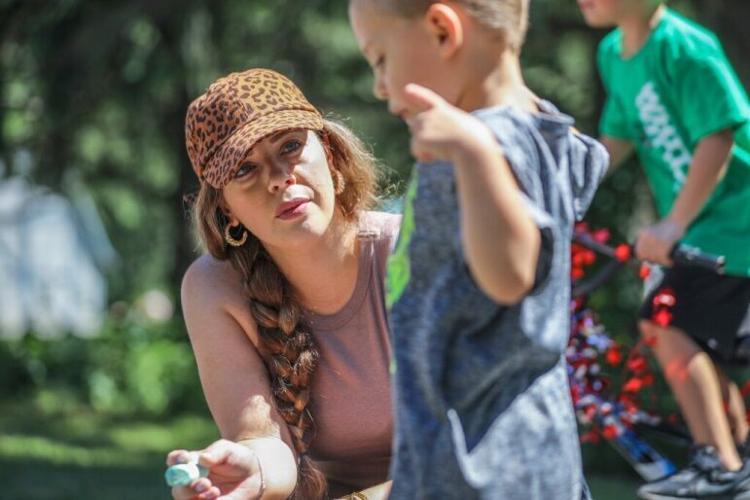 Jana Goodman’s family relied on the universal free school meals program during the pandemic and had hoped the program would last. “It’s just another thing that we’re going to have to deal with during these scary times for money for my family.” She is pictured here with her son Miles, 4, at their home in Waukesha on July 12. 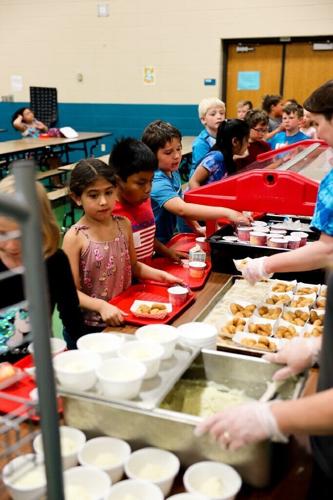 Second- and third-graders at Janet Berry Elementary School in Appleton stand in the lunch line to receive free school meals on June 2. 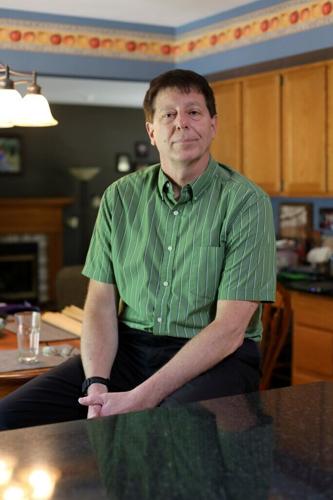 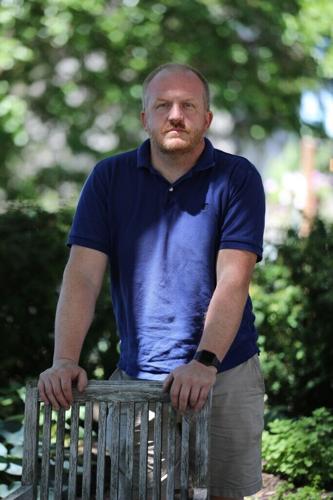