With less than three months until the November election, former Vice President Joe Biden leads President Donald Trump in three battleground states, including Wisconsin, according to a new poll.

The Wisconsin poll, coordinated by the UW-Madison Elections Research Center in collaboration with the Wisconsin State Journal, found Biden has drawn support from Democratic voters who backed other candidates or did not vote in 2016. Trump still commands strong Republican backing, but has seen his support wane among independents and the white voters who helped him secure a narrow victory four years ago.

Biden, who has yet to make a formal campaign stop in the state and recently opted out of visiting Milwaukee next week to accept his party’s nomination, leads Trump 49% to 43% among Wisconsin respondents. Biden’s lead in Wisconsin widens to 52% to 44% among voters who say they are “certain” to vote in November.

“It’s such a large share of voters in Wisconsin who are white that even small changes in those percentages have pretty big effects on the election outcome,” Burden said. “If Trump is struggling to be ahead among white voters, it’s hard to see how he can win the state.”

Joe Biden, other speakers will not attend DNC in Milwaukee, citing COVID-19 concerns

The poll was conducted July 27 through Aug. 6 by YouGov, which has also done polls for CBS News, The Economist and other news outlets. There were 800 respondents surveyed in each of the three battleground states.

In February, the poll had Biden leading Trump in Wisconsin 45% to 43% — within the poll’s margin of error — in a November match-up.

Partisanship played a significant role in the new poll, with 90% of Wisconsin Democrats supporting Biden, while 91% of Republicans said they support Trump.

“If Trump is to win Wisconsin, he’s got to claw back a good share of those independent voters,” Burden said.

Across the three states, 83% of Black voters, 47% of Hispanic voters and 49% of other non-white voters backed Biden. White voters were more split, with 47% supporting Trump and 45% supporting Biden.

In addition, levels of education also played into voter responses. Trump’s support was strongest among voters with a high school education in the three battleground states. Biden, however, led among voters with some college education, a college degree and post-graduates.

Oconomowoc resident Phil Lee, 80, told the State Journal in February he supported Trump over all Democratic candidates in the race at that time. On Friday, Lee said he has not changed his mind.

The latest poll stands in stark contrast to the last survey in February, before the COVID-19 pandemic upended both the nation and presidential campaign season. At the time, about half a dozen Democratic candidates remained in the race for the party’s nomination.

That poll showed a decline in support for Biden and an upswing for then-newcomer to the race and former New York City mayor Michael Bloomberg, who dropped out in early March.

But Biden consolidated support from supporters of other Democrats who dropped out and won the Wisconsin primary. Sanders dropped out of the race almost a week before official results were tallied.

“The Democratic Party has really come around to be on Biden’s side,” Burden said.

Mary Ebert, 57, said she voted Republican in every presidential election until 2016, when she voted for then-nominee Hillary Clinton. The Nashotah banker said she shifted Democrat four years ago because she was frustrated with what she described as Republicans, including Trump, going down “a negative, mean path.”

In February, Ebert said her first choice for president would be a woman, such as Massachusetts Sen. Elizabeth Warren or Minnesota Sen. Amy Klobuchar.

“Short of that I’m hoping at least for a vice president,” Ebert said in February. “I want the female representation. I think that’s the voice that’s been missing from the upper echelons for all these centuries.”

On Friday, Ebert said she was disappointed when her top candidates dropped out earlier this year, but said she is encouraged by Biden’s pledge to select a woman as a running mate.

The poll also suggests that Trump’s handling of the COVID-19 pandemic and protests over the death of George Floyd in Minneapolis policy custody have had a negative impact on perceptions regarding the country’s direction.

Has Donald Trump kept campaign promises to Wisconsin? Does it even matter?

Ebert said she has been dissatisfied with Trump’s handling of major issues this year and impressed with Biden’s decorum over such matters.

“To me, there’s a certain amount of how you present yourself as a leader and I’m seeing the significance of that concept more and more with Biden,” Ebert said. “Especially when you compare it with a showman like Trump. To me that’s fake.”

Dave Kruchten, 63, a retired town of Middleton resident, told the State Journal in February that he would be voting for Trump because the Republican president helped foster a strong economy. In January, the national unemployment rate was just 3.6%, according to the U.S. Bureau of Labor Statistics.

Now that the economy has buckled under the weight of the business shutdowns and stay-at-home orders prompted by the COVID-19 pandemic, Kruchten is still supportive of Trump. Kruchten said Trump has the best shot at bringing jobs back and building the economy back up again.

“(Trump) didn’t bring us the pandemic,” Kruchten said. “And how would Biden have, how would anybody else have done anything different?”

Kruchten said it’s unfair for Democrats to theorize that Biden would have handled the coronavirus crisis better than Trump when the situation was so unprecedented.

“It’s always easy after something’s done to look back and say you should have done this and that, but we were in kind of uncharted territory,” Kruchten said.

The poll asked respondents in all three states why they support each candidate. The top three reasons among Trump supporters were his position on issues (40%), he’s a different kind of politician (22%) and his record (20%). Among Biden supporters, the top three reasons were his position on issues (29%), his values (25%) and he can beat Trump (24%).

Learn about the candidates running in today's partisan primary

Learn about the candidates running in today's partisan primary

The national Marquette Law School poll found the 87-year-old Ginsburg was easily the most recognized of the nine justices, with 63% of respondents saying they knew enough to have an opinion on her and 44% viewing her favorably.

A Chevrolet Silverado driven by 36-year-old Rhianna Arentz was traveling east on County Highway T in the town of Holland when the truck crossed the centerline and struck two large trees just before 5 a.m.

"It's long past time to stop arguing," Chancellor Rebecca Blank said. "We'd welcome a conversation on how we can work together to help our community." 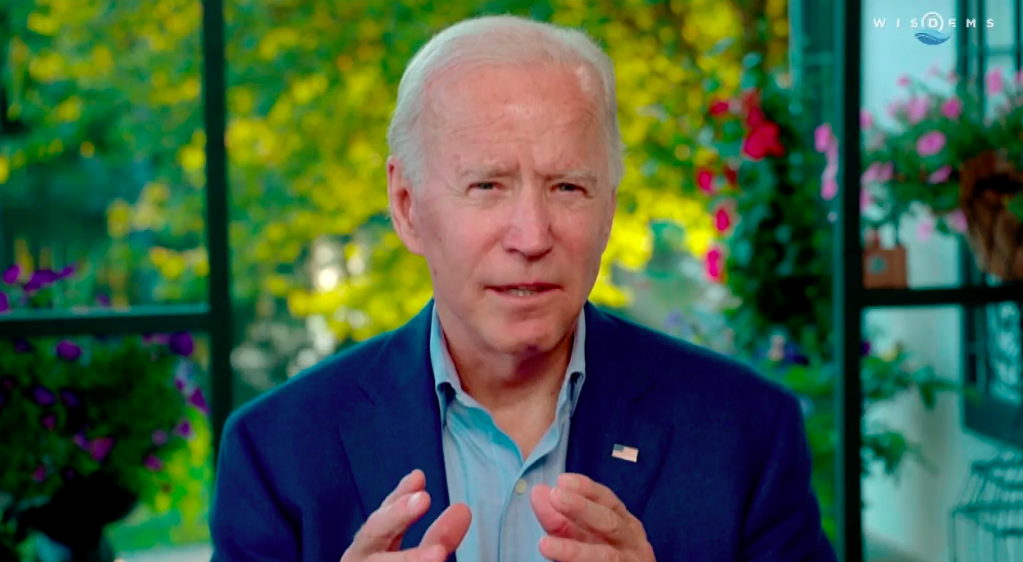