With earth movers crawling across acres of brown sand, it looks more like a moonscape than Madison’s newest golf course, but Cherokee Country Club is undergoing a transformation that will turn one of the area’s oldest courses into the state’s first PGA Tournament Players Club.

The TPC Network has announced that it will license the club, which will be renamed TPC Wisconsin when it reopens for play next year under the design of pro golfer Steve Stricker.

It will be the 30th course to receive the designation and the first in Wisconsin.

The redesigned course will have new tees, fairways and greens with features designed to reflect how the game has changed in the nearly six decades since the course opened: fitter players using better equipment can now hit the ball much farther and with more precision.

Stricker, a native of Edgerton and son-in-law of club owner Dennis Tiziani, said the opportunity to design a course where he’s spent most of his 30-year career and raised his family is “a dream project.”

“It’s one I have taken great pride in designing what I feel will be a course that will test the best players in the world but also provide playability at every level,” Stricker said. “It will get every ounce of my energy and attention to be the best golf course and golf experience that there is, and I look forward to playing a role in bringing it to fruition.”

Jim Triola, chief operating officer of PGA Tour Golf Course Properties, said the decision to license the Madison club was “unanimous from the start” and the redesign “is sure to result in an elevated experience.”

The $15 million project includes a complete overhaul of the 18-hole course as well as renovations to the clubhouse, which houses tennis, pickleball and racquetball courts along with banquet facilities.

Clubhouse renovations started in February and are expected to be completed before the course reopens in August 2023. The clubhouse is open during construction.

Citing deteriorating conditions at the 58-year-old course, Tiziani last year proposed a redesign to draw top-level players and spectators from across the region.

“In order now to either get into the game or get out of the game we had to address what has to be done on the course,” Tiziani said.

The state Department of Natural Resources approved modified plans to dredge the waterways and use the sediment — along with fill from off site — to raise the playing surfaces and improve turf conditions while also improving drainage on the course and in the adjacent neighborhoods.

The reconstruction will disturb about 3 acres of wetlands, though the club plans to restore more than 30 acres of existing wetlands, mostly through the removal of invasive species, and convert 1.6 acres of upland into new wetlands.

“Long term and at the end — very, very beneficial,” Tiziani said of the environmental impact. “The quality of water that leaves here today is way better than it was in 1968.”

Cherokee’s consultants said the economic impact of construction alone will be about $39 million, and the renovations will result in about $8.6 million in additional spending each year as thousands of members, guests, professional players and spectators flock to the club.

Dave Olesczuk, who played the course from 1989 to 1994 as a member of the UW-Madison golf team and now serves as vice president of operations, said the modifications will make the course more difficult, though five sets of tees will provide opportunities for players of different abilities.

“With the greens and some of the sand traps and things like that it will be a lot more challenging than it’s been,” Olesczuk said. “Although I thought it was a difficult course to begin with.”

Wisconsin law says homeowner associations can’t restrict peoples’ rights to install solar panels on their property. Many do it anyway.

Forecasters are experimenting with a new warning system for Madison and Milwaukee that doesn’t just account for the heat and humidity but predicts the human health outcomes.

The guidelines released Wednesday are thousands of times lower than Wisconsin’s first drinking water standards for the fluorinated compounds known as PFOA and PFOS, which took effect the same day.

Dane County sues DNR over requirements to keep PFAS out of lakes, streams

The county is asking the courts to strike testing requirements in the permit for stormwater that drains from the airport into Lake Monona through Starkweather Creek, where PFAS contamination has made fish unsafe to eat.

This luxury hotel in England was once a Victorian sea fort

This environmentally friendly cement glows in the dark, could pave the roads of the future

This environmentally friendly cement glows in the dark, could pave the roads of the future 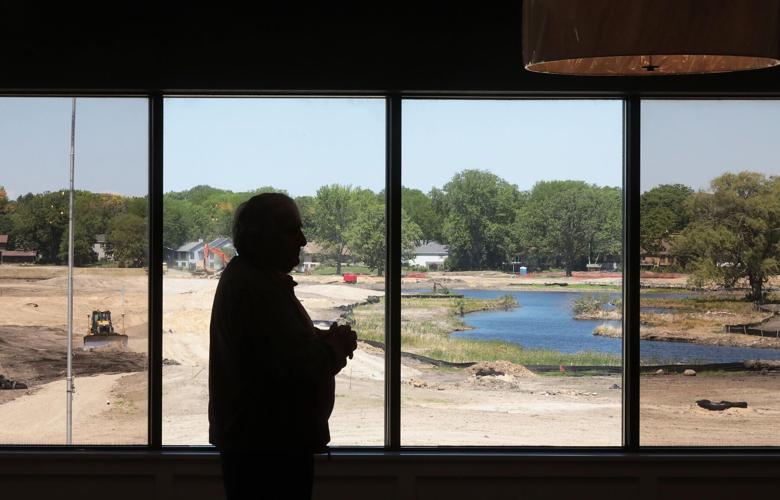 Cherokee Country Club owner Dennis Tiziani views the progress of a $15 million renovation of the club’s golf course, which will open in 2023 as TPC Wisconsin, the state's first course to receive the PGA Tour brand. 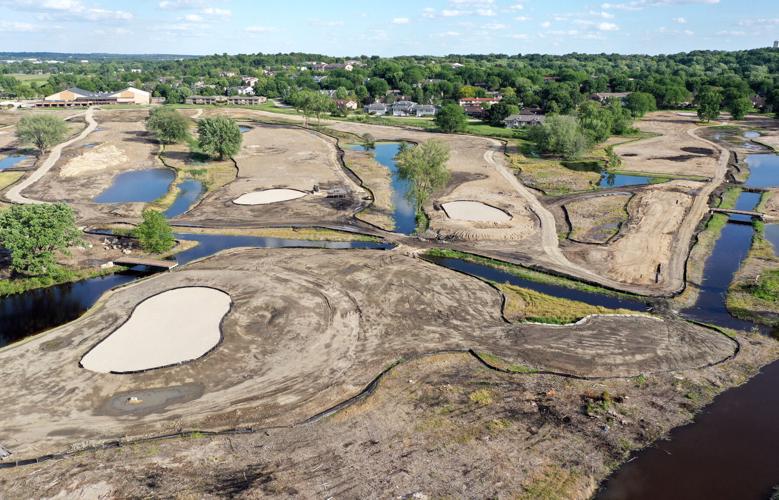 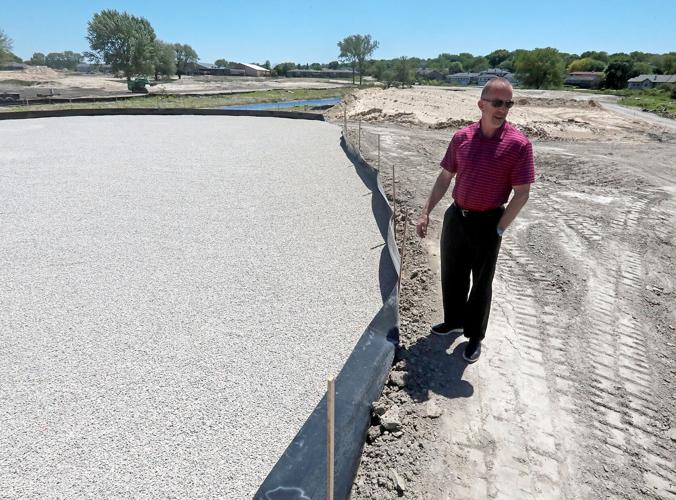 Cherokee Country Club vice president of operations Dave Olesczuk stands near a green under construction on the course. Olesczuk, who played the course in the early 1990s as a member of the UW-Madison golf team, said the redesign will make it more challenging. 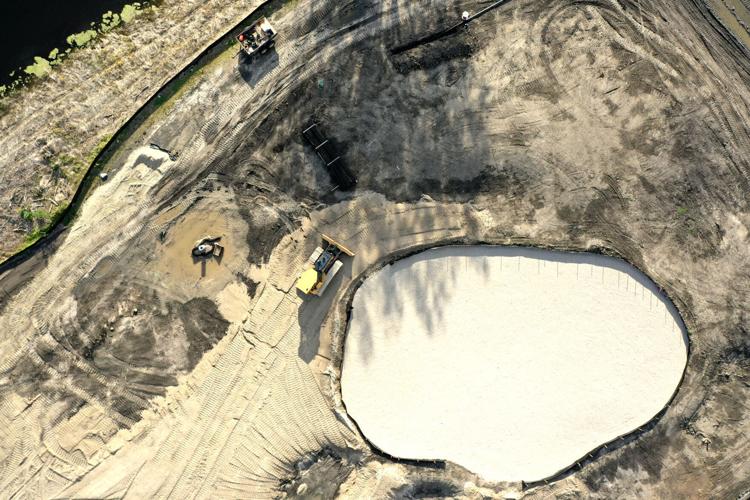 Construction crews are renovating the 18-hole golf course at Cherokee Country Club, which will reopen in August 2023 as TPC Wisconsin, the state's first course with the PGA Tour branding. 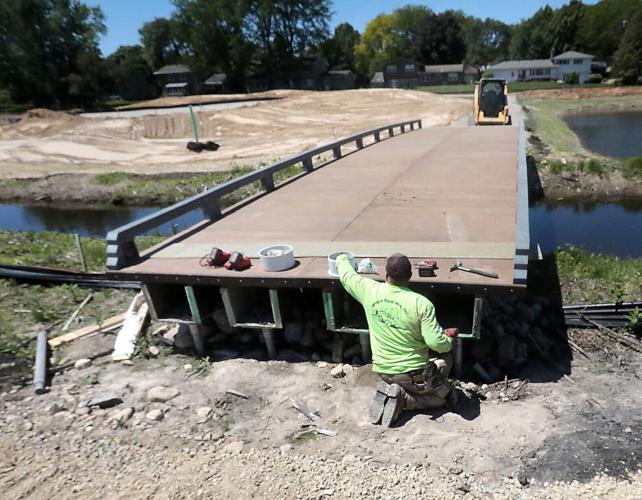 Workers install a bridge as part of a new cart path that is part of an overhaul of the 58-year-old Cherokee Country Club. 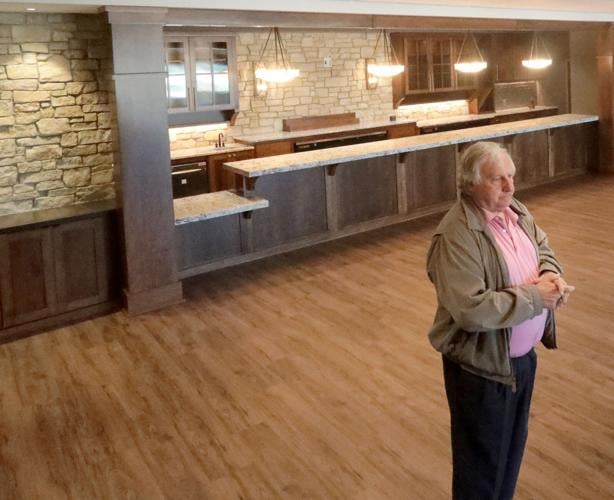 Dennis Tiziani, owner of the newly rebranded TPC Wisconsin, discusses renovations of the 18-hole golf course and clubhouse near the Madison airport in the town of Westport. 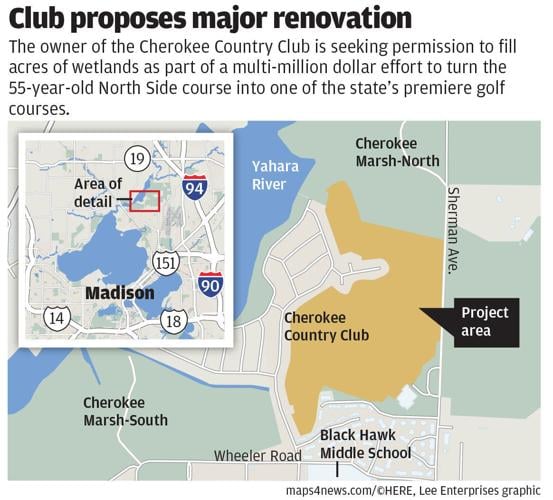 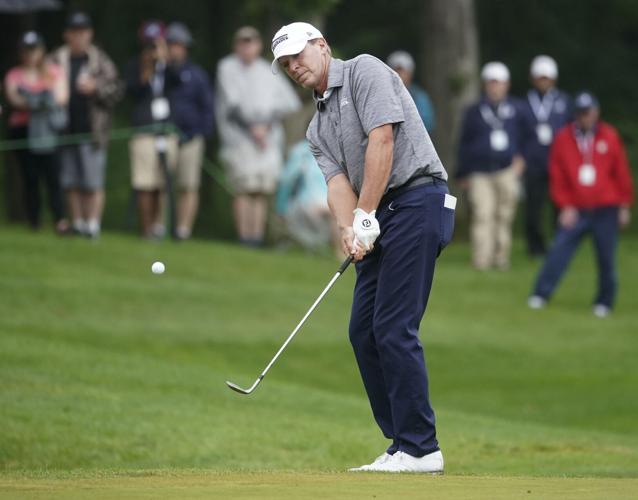