A national group that brings conservative speakers to colleges moved an event with Republican U.S. Sen. Ted Cruz, of Texas, which had been scheduled to take place on the UW-Madison campus Wednesday evening, off campus because it disagreed with the university’s indoor mask mandate.

UW-Madison officials, however, shared emails that show the group had agreed to follow the university’s COVID-19 health protocols as a condition to rent space in Memorial Union.

The free event was described as a live recording of “Verdict with Ted Cruz,” a podcast by Cruz and conservative political commentator Michael Knowles. It was hosted by the UW-Madison chapter of Young America’s Foundation, also known as YAF, a national group led by former Republican Gov. Scott Walker that promotes conservative ideas among young people.

Conservative media and politicians have often targeted college campuses in the nation’s culture wars, focusing on free-speech clashes, debates over diversity and instances where they perceive right-leaning speakers to not be afforded the same respect as liberal speakers.

“There may be some fireworks,” Cruz said in an announcement released in advance of the event. “We may get some lefty students, and we may even get some commie professors coming in to argue in defense of the communist overthrow of our nation.”

Emails between YAF vice president Patrick Coyle and the theater manager of the Wisconsin Union show Coyle confirming in late September that YAF team members on site at the event would “be sure to follow” the university’s health guidelines.

Despite protest outside, pundit advocates for guns on UW-Madison uninterrupted

UW-Madison requires masks indoors, allowing for only a handful of exceptions, such as an education-related arts performance.

YAF asked for an exception, but Provost John Karl Scholz denied the request.

“We recognize that this creates some inconvenience, but it is consistent with the approach we’ve taken for our instructors and other public events, such as convocation, this semester,” Scholz wrote in a Monday letter to YAF. “The only exemptions we are granting at the present time involve artistic performers whose performance itself would be impossible or significantly compromised with a mask.”

Other groups have also had their requests for exemptions denied, UW-Madison spokesperson John Lucas said. Among the events that received denials were the Cap Times Idea Fest, an upcoming David Brooks lecture and auditions for the play “Don Juan.”

YAF spokesperson Kara Zupkus said the group agreed for students and YAF staff to wear masks — “never the talent on stage,” she told the Wisconsin State Journal. She also said UW-Madison has a “double-standard mask policy,” pointing to four events in which campus speakers appeared unmasked.

A speaker at one event cited by Zupkus apparently failed to follow the mask policy, Lucas said. No exemption was granted for the event, which took place Sept. 17 at the university’s Tommy G. Thompson Center on Public Leadership.

UW-Madison wasn’t aware of another event Zupkus highlighted, where the university’s College Republicans met indoors without masks, and Lucas said the mask mandate should have applied during the event.

The other two examples Zupkus cited occurred on other University of Wisconsin System campuses, which have their own mask policies.

In response to UW-Madison’s denial, YAF moved the event to the Wisconsin Masonic Center, 301 Wisconsin Ave.

Under the latest city-county public health order, presenters and performers are exempt from the mask mandate so long as everyone in attendance is fully vaccinated and masked and the presenters stay at least 6 feet away from attendees at all times. Because UW-Madison is part of a state agency, it operates under different rules than what Public Health Madison and Dane County may require.

Cruz, who won the state’s 2016 Republican presidential primary, capitalized on the venue change to drum up attendance, claiming that UW-Madison is “trying to stifle free speech.”

“Academia’s war on conservatives continues!!” he wrote on Twitter Tuesday evening. “Their Marxist COVID mandates won’t stop us! Get tickets for our new venue!”

A high vaccination rate coupled with the mask mandate has kept COVID-19 cases at UW-Madison low for weeks. UW-Madison reported 60 cases identified through 5,018 on-campus tests over the past seven days.

Editor’s note: This story has been corrected to reflect that Dane County’s mask requirement exemption for public performances requires everyone attending to be fully vaccinated and masked, while unmasked presenters must maintain 6 feet distance from all attendees.

Sudanese man in NYC unable to talk to family 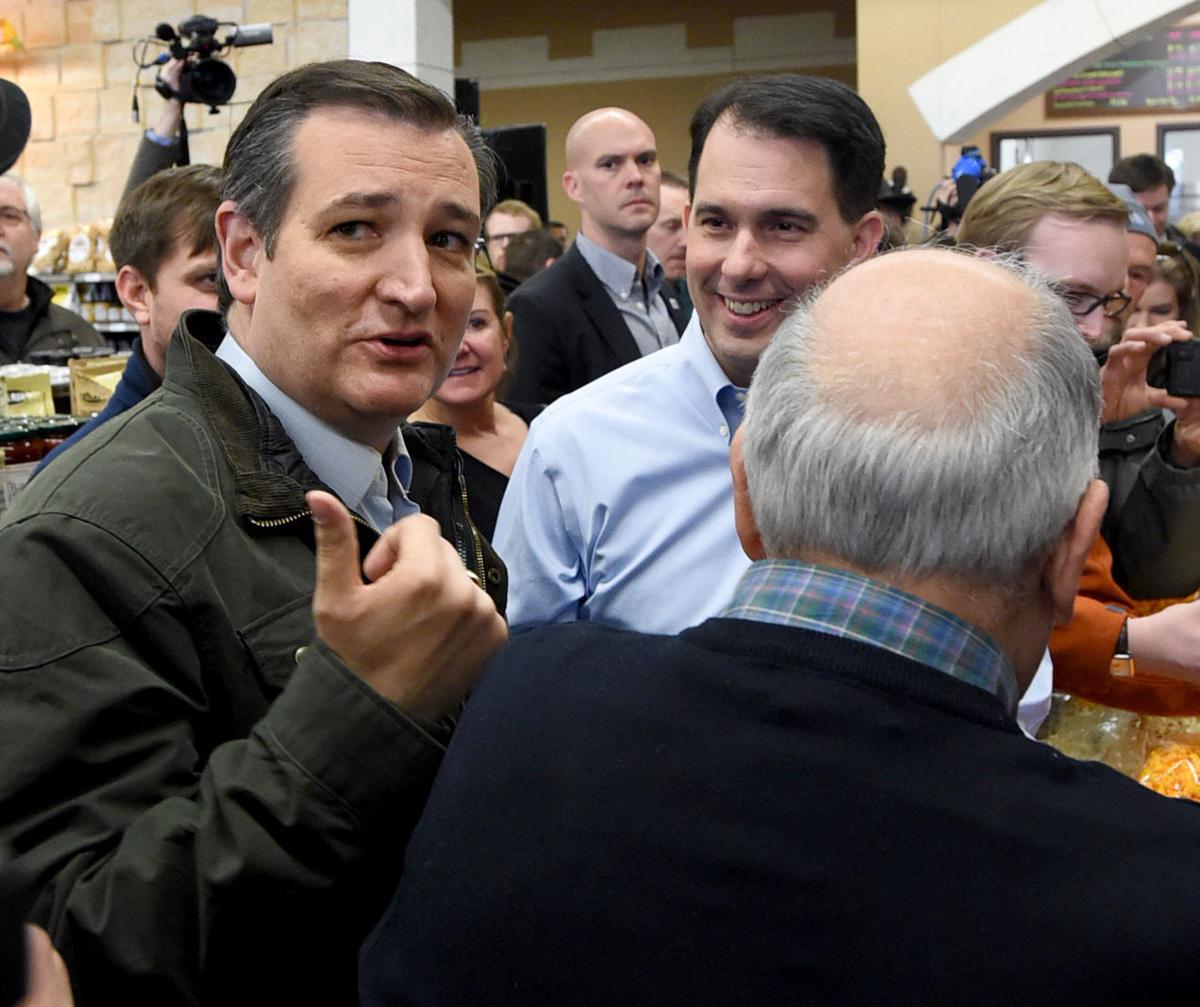 U.S. Sen. Ted Cruz and then-Gov. Scott Walker talk with a supporter as they visit Mars Cheese Castle in Kenosha County during a campaign stop in 2016. Cruz spoke in Madison Wednesday for a young conservative group Walker started. 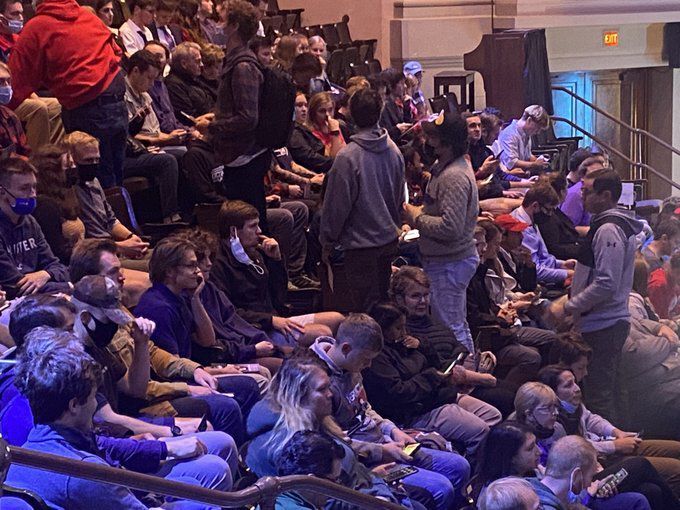