ST. PAUL, Minn. — The leader of an Illinois anti-government militia group who authorities say masterminded the 2017 bombing of a Minnesota mosque was sentenced Monday to 53 years in prison on several civil rights and hate crimes for the attack, which left a community terrified.

Emily Claire Hari, who was previously known as Michael Hari and recently said she is transgender, faced a mandatory minimum of 30 years in prison for the attack on Dar al-Farooq Islamic Center in Bloomington. Defense attorneys asked for the minimum, but prosecutors sought a life sentence, saying Hari hasn't taken responsibility for the attack. Victims also asked for a life sentence for Hari.

U.S. District Judge Donovan Frank said the evidence clearly showed Hari's intent was to "scare, intimidate and terrorize individuals of Muslim faith" through a sophisticated and premeditated attack — which he said is contrary to United States' founding beliefs that all individuals should be able to practice their religion freely.

"Anything less than 636 months would post disrespect to the law," the judge added.

Hari made a brief statement before she was sentenced Monday, saying, "For how blessed my first 47 years of life were, I can't complain about what the last three have looked like ... considering my blessed and fortunate and happy life, I can't ask the judge for anything further."

She also said the victims who testified during Monday's hearing have been through a "traumatic ordeal" and she wished them "God's richest blessings in Christ Jesus."

Hari was convicted in December on five counts, including damaging property because of its religious character and obstructing the free exercise of religious beliefs.

Mohamed Omar, executive director at Dar al-Farooq, and others gave victim impact statements on Monday that included asking the judge to impose a life sentence. They described their shock and terror at the attack. Many members were afraid to pray there and some never returned. Mothers were scared to bring their kids to the mosque, which also serves as a charter school and community center.

"I felt really scared because I was going to start school in the same building soon and we lived like six blocks away from the mosque," said Idris Yusuf, who was 9 years old when the bombing happened. "I was scared because if these people could do this to our mosque, what's stopping them from coming to Muslim people's homes too."

Several men were gathered at Dar al-Farooq for early morning prayers on Aug. 5, 2017, when a pipe bomb was thrown through the window of an imam's office. A seven-month investigation led authorities to Clarence, Illinois, a rural community about 120 miles south of Chicago, where Hari and co-defendants Michael McWhorter and Joe Morris lived.

Authorities say Hari, 50, led a group called the White Rabbits that included McWhorter, Morris and others and that Hari came up with the plan to attack the mosque. Prosecutors said at trial that she was motivated by hatred for Muslims, citing excerpts from Hari's manifesto known as The White Rabbit Handbook.

McWhorter and Morris, who portrayed Hari as a father figure, each pleaded guilty to five counts and testified against her. They are awaiting sentencing.

It wasn't initially clear how the White Rabbits became aware of Dar al-Farooq, but the mosque was in headlines in the years before the attack: Some young people from Minnesota who traveled to Syria to join the Islamic State group had worshipped there. Mosque leaders were never accused of any wrongdoing. Hari's attorneys wrote in court filings that she was a victim of online misinformation about the mosque.

Assistant federal defender Shannon Elkins also said gender dysphoria fueled Hari's "inner conflict," saying she wanted to transition but knew she would be ostracized, so she formed a "rag-tag group of freedom fighters or militia men" and "secretly looked up 'sex change,' 'transgender surgery,' and 'post-op transgender' on the internet."

Prosecutors said gender dysphoria is not an excuse and said using it "to deflect guilt is offensive."

In their request for a life sentence, prosecutors asked for several sentencing enhancements, arguing the bombing was a hate crime led by Hari. They also say Hari committed obstruction when she tried to escape from custody during her transfer from Illinois to Minnesota for trial in February 2019. Hari denies trying to flee.

Hari, a former sheriff's deputy and self-described entrepreneur and watermelon farmer, has written self-published books, including essays on religion, and has floated ideas for a border wall with Mexico. She gained attention on the "Dr. Phil" talk show after she fled to the South American nation of Belize in the early 2000s during a custody dispute. She was convicted of child abduction and sentenced to probation.

Before her 2018 arrest in the mosque bombing, she used the screen name "Illinois Patriot" to post more than a dozen videos to YouTube, most of them anti-government monologues.

Top pics from the weekend: Sept. 11 anniversary and more 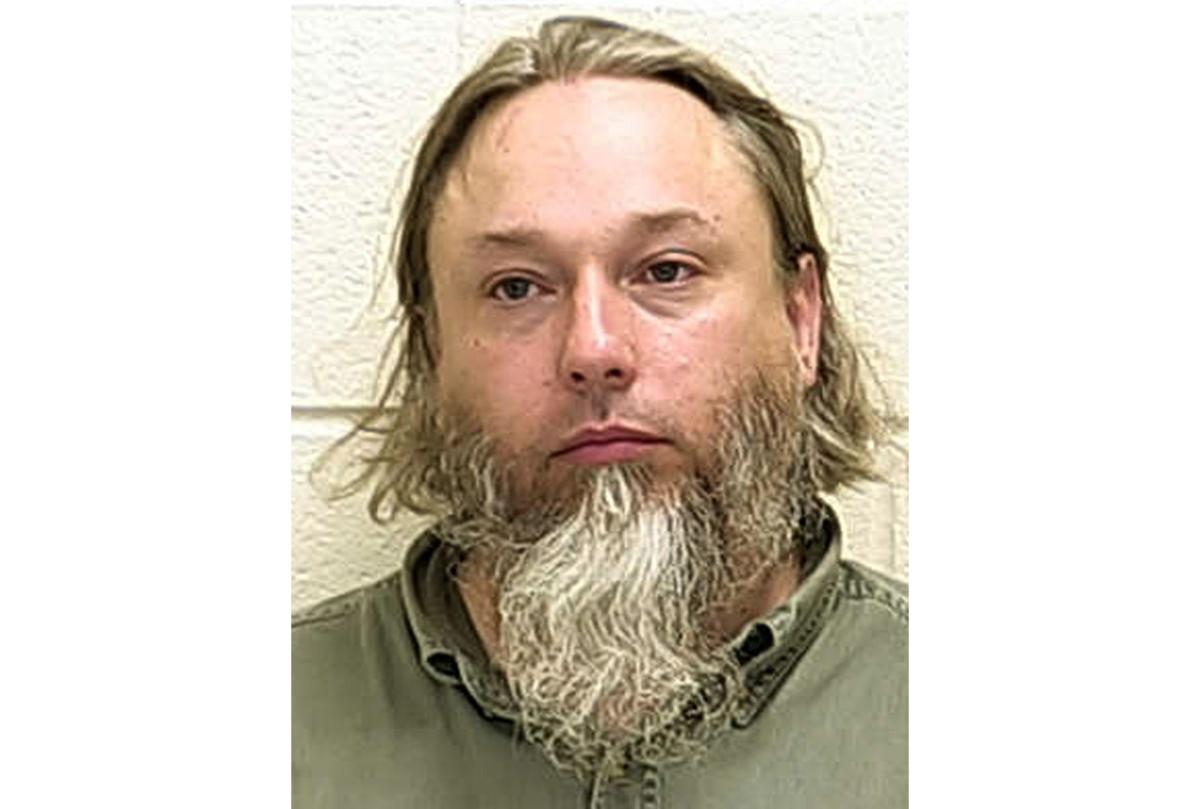 This undated file photo provided by The Ford County Sheriff's Office in Paxton, Ill., shows Michael Hari, a militia leader convicted of master­minding the bombing of a Minnesota mosque. Hari is now known by her transgender identity, Emily Claire Hari. 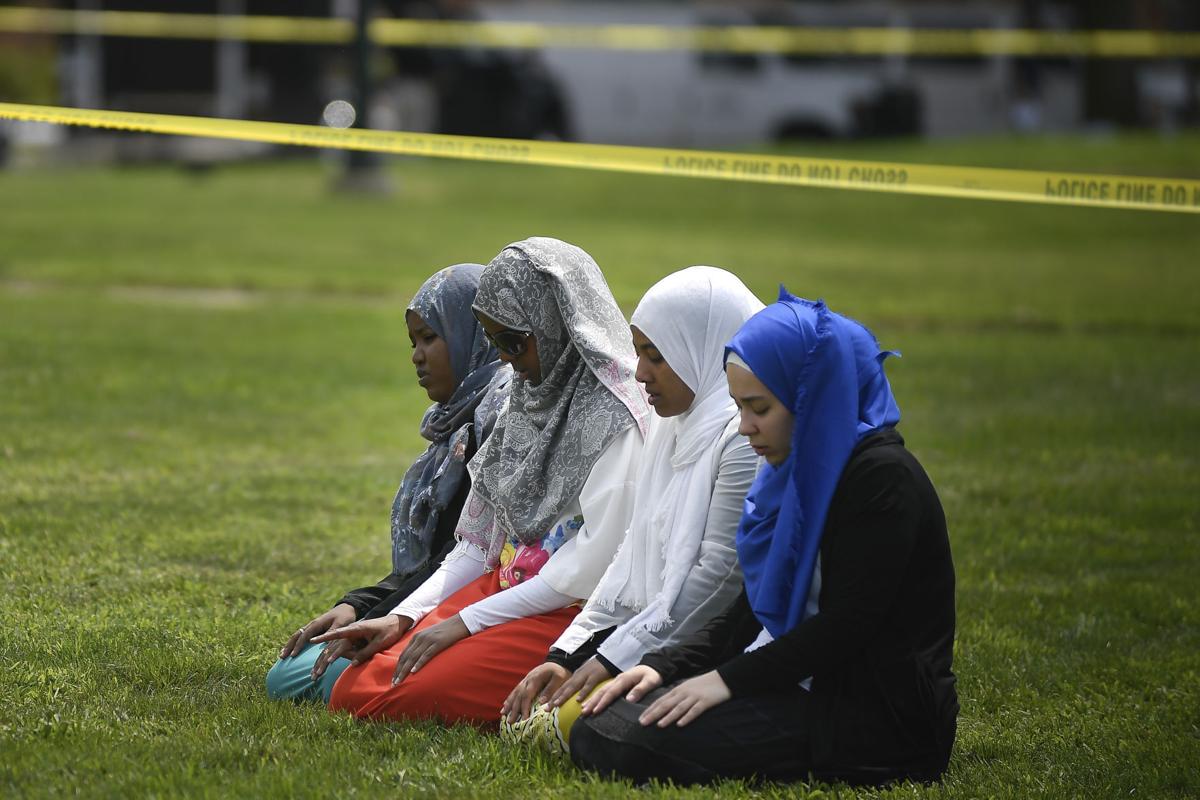 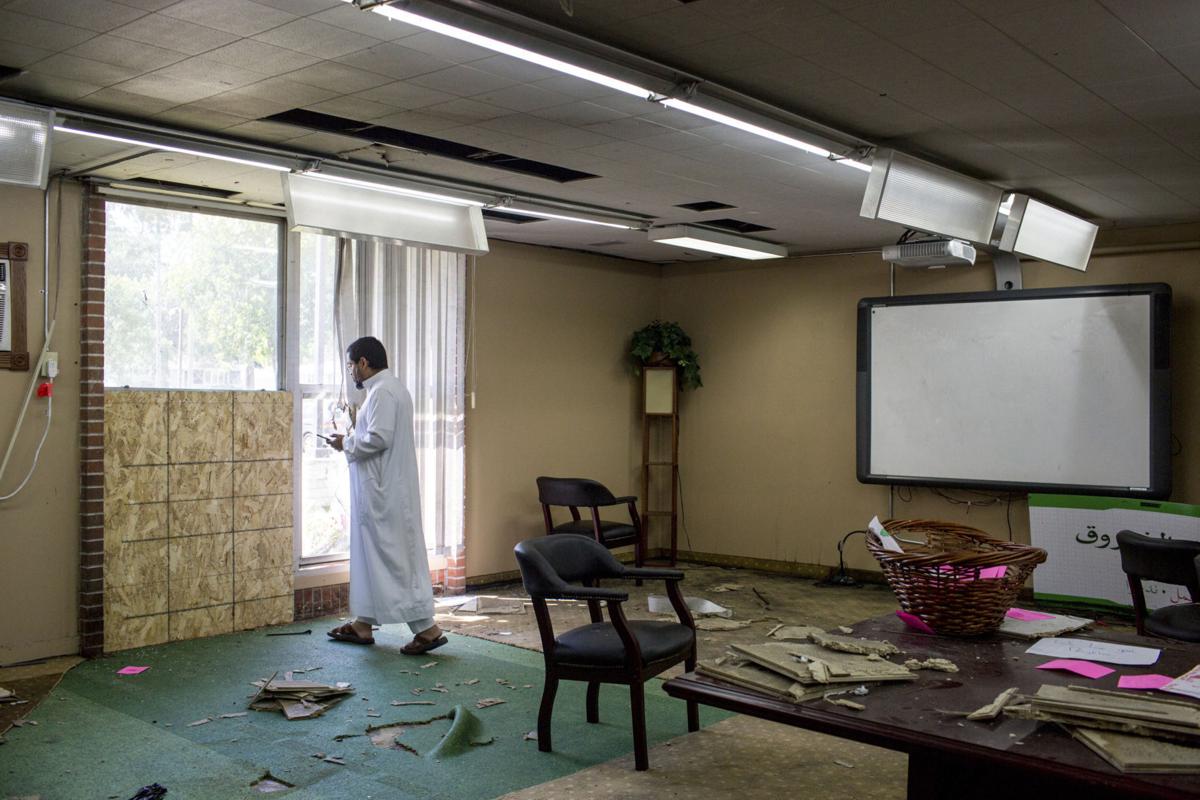 In this Aug. 7, 2017, file photo, Asad Zaman stands at the site of the bombing in the Dar Al Farooq Islamic Center in Bloomington, Minn. 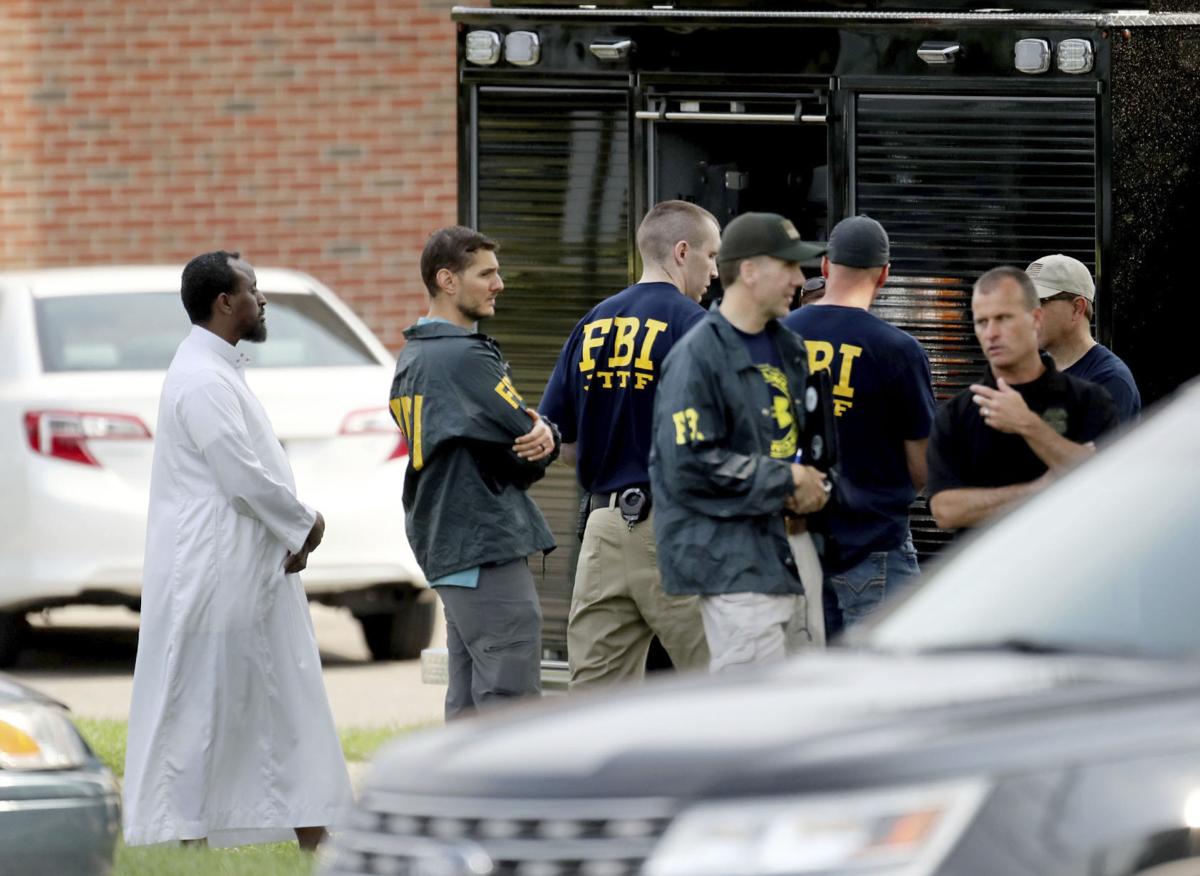 In this Aug. 15, 2017, file photo, law enforcement officials investigate the site of an explosion at the Dar Al-Farooq Islamic Center in Bloomington, Minn.